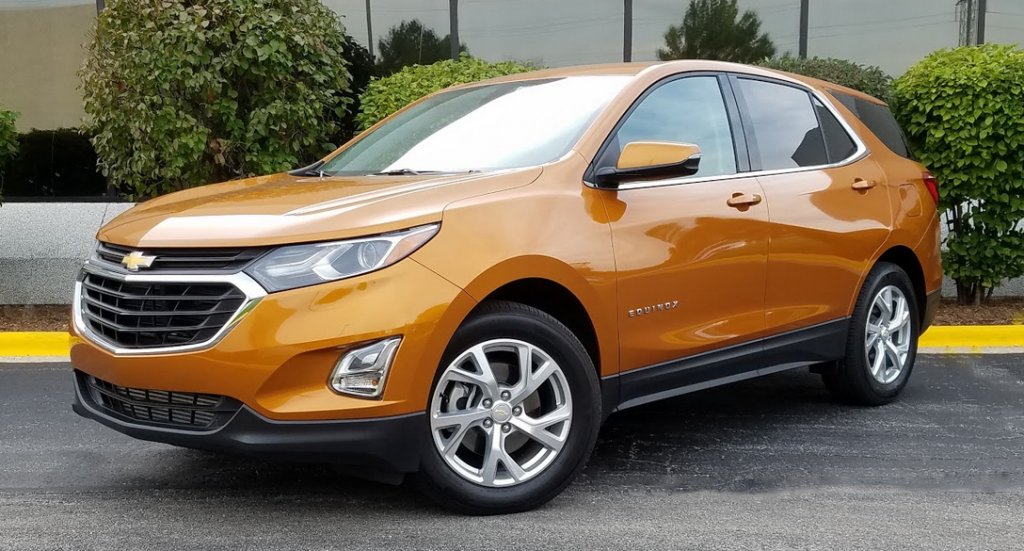 The not so good: Some mediocre interior materials in midline LT model

Don’t be alarmed by that shuffling sound you hear. It’s just the compact-SUV field moving a bit of the furniture.

Specifically, it’s the sound of the downsized 2018 Chevrolet Equinox sliding down into the compact segment. This new Equinox is about four inches shorter and approximately 400 pounds lighter than its predecessor, enough of a change to move it out of the midsize-SUV class in Consumer Guide®’s estimation. 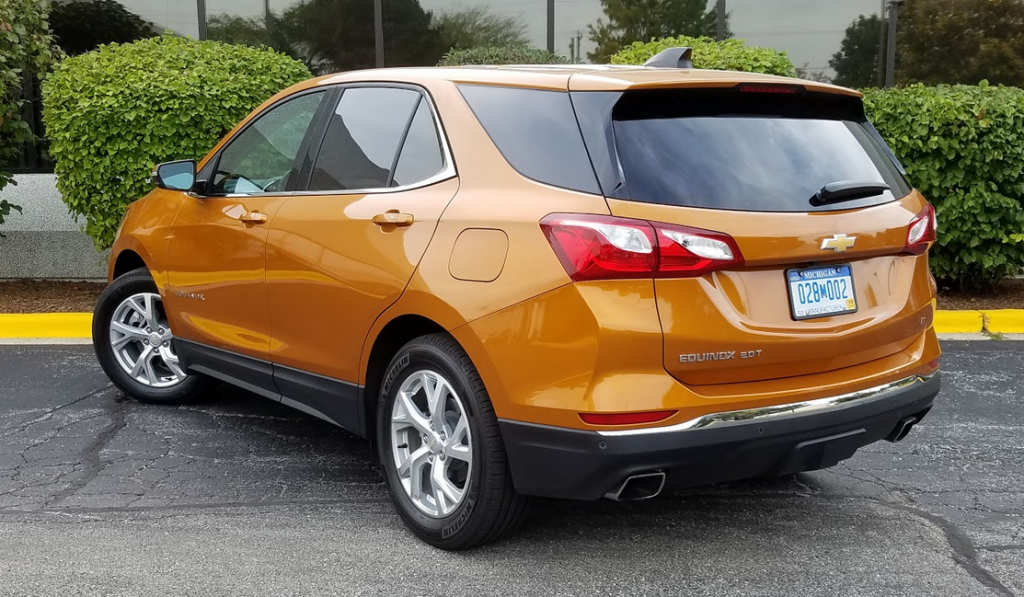 All Equinox models come standard with 18-inch alloy wheels. A power liftgate is included in the $1945 Confidence and Convenience Package, as are blind-spot monitoring and rear cross-traffic alert.

CG editors got to sample a front-wheel-drive example in LT trim, and with the 2.0-liter turbocharged 4-cylinder engine that became available as an alternative to the 1.5-liter turbo four that was the new Equinox’s sole powerplant at introduction. The 252-horsepower 2.0 engine is paired with a 9-speed automatic transmission—the 170-horse 1.5 is linked to a 6-speed autobox—and adds $1520 to the sticker price.

The LT is second from the top of the new Equinox’s model hierarchy, behind only the Premier. Below it are the LS and base L, though the latter is available only with front-wheel drive. The top three trim levels can be had with all-wheel drive.

The Equinox’s cabin has good passenger space in both the front and rear seats. The midline LTs come standard with cloth upholstery; leather seating is restricted to the top-line Premier models. 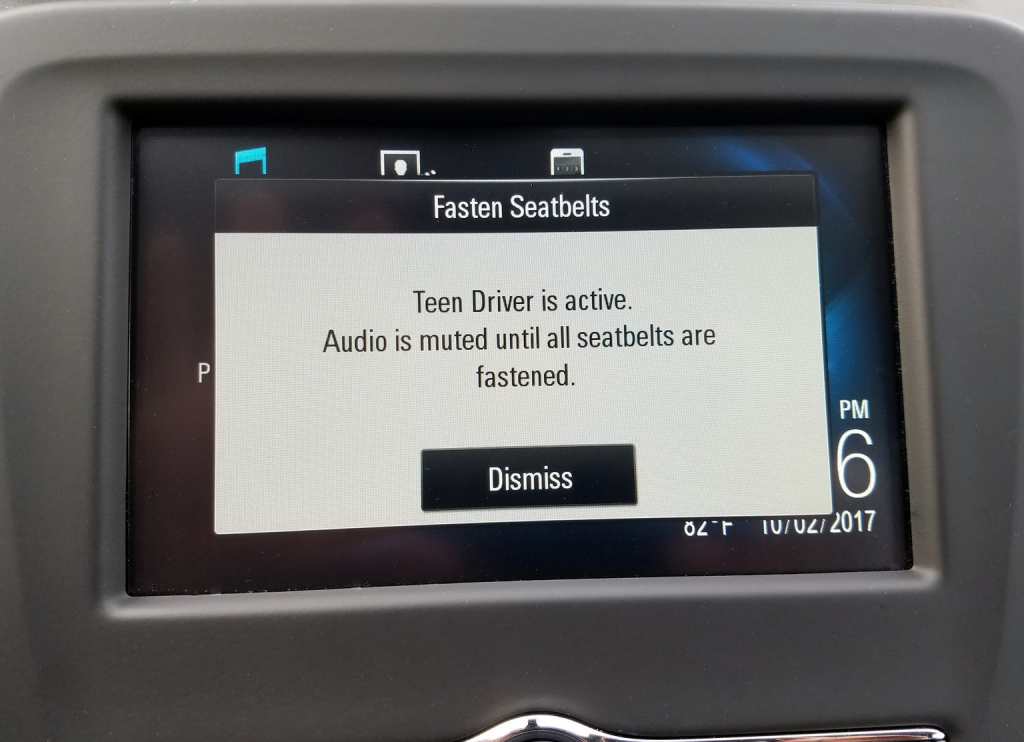 For its size, the reconfigured Equinox possesses fine passenger- and cargo-utility credentials. The good-looking patterned-cloth seats not only looked nice, they were cushy and supportive. Head- and legroom were good in the front row. Three adults will fit in back quite well—the floor is almost flat in the center and there’s enough headroom to make things more tolerable for a middle passenger. Rear legroom can be really good if front-seat occupants aren’t overly tall, but even if they do have to stretch out, there’s still pretty good second-row space. Entry and exit are easy, and step-in clearance is no obstacle. Forward and side vision are fine, but rearward visibility is somewhat compromised by the rear roof-pillar shape.

There’s generous cargo space that loads at bumper height through a wide opening. The second-row 60/40-split seats fold absolutely flat, and when they do, the cargo area can be really big at 63.5 cubic feet. (Levers in the right sidewall of the cargo hold conveniently allow for remote retraction of seats). A bit of additional space exists under much of the cargo bed.

Just don’t expect to be pampered by lush surroundings in anything less than an Equinox Premier. CG’s LT had limited soft-touch areas: the armrests and some of the upper door panels, the console-box lid, and the face of the dashboard ahead of the front passenger. As noted, it took an option package to add the feel of leather to the steering wheel. At least audio and climate controls are simple and direct to use, and a legible and colorful mix of dials and information readouts confronts the driver.

All four doors have smallish door pockets with bottle holders. Front-seat personal-storage spaces include a deep, unobstructed console box; a good-sized glove box that is, unfortunately, set a little low; and two open cup holders in the console. Second-row denizens have a pouch on the back of each front seat, plus two cup holders set in the pull-down rear armrest.

The Equinox handled and rode fairly well on the not-always-perfect city and suburban expressways and surface streets that this tester covers on his daily commute. Steering is light but a little short on precision; braking is good. The 2.0-liter turbo delivers lively performance, and seems nicely in step with the 9-speed trans. (The 2.0 engine makes it possible for an Equinox to tow 3500 pounds.) In a test stint of 97 miles that included 50 percent city-type driving, this driver averaged 24.3 mpg, which was just about up to the EPA combined mileage estimate of 25 mpg. Projections for city and highway operation are 22 and 29 mpg, respectively.

Chevrolet notes that the Equinox is its second-best seller after the Silverado pickups. Of course, that status was achieved with a differently packaged vehicle. The 2018 Equinox will enter a new arena that is extremely competitive. Attractive prices and a pretty good powerteam (at least with the 2.0-liter) mean it won’t be going to a swordfight with a paring knife.