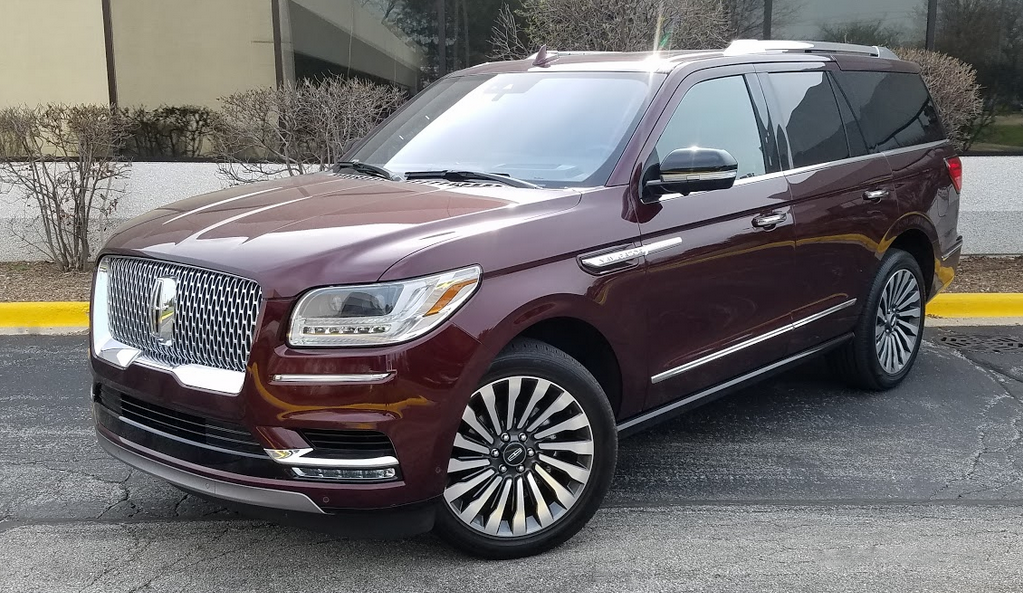 The good: Buttoned-down driving dynamics for such a large luxury SUV

There is a lot of 2018 Lincoln Navigator for the money. That’s only fair: It takes a lot of money to get one.

Ford Motor Company has chosen this year to completely redesign its full-sized body-on-frame sport-utility vehicles, the Navigator and the Ford Expedition. Though genetically linked in a number of ways, there are enough distinctions between them to turn the Lincoln into a true luxury suite on wheels. The Navigator that Consumer Guide® drove wasn’t even the biggest or “best” that the manufacturer has on offer and it was still packed with premium features—some optional—that added up to an as-delivered price of $88,875. 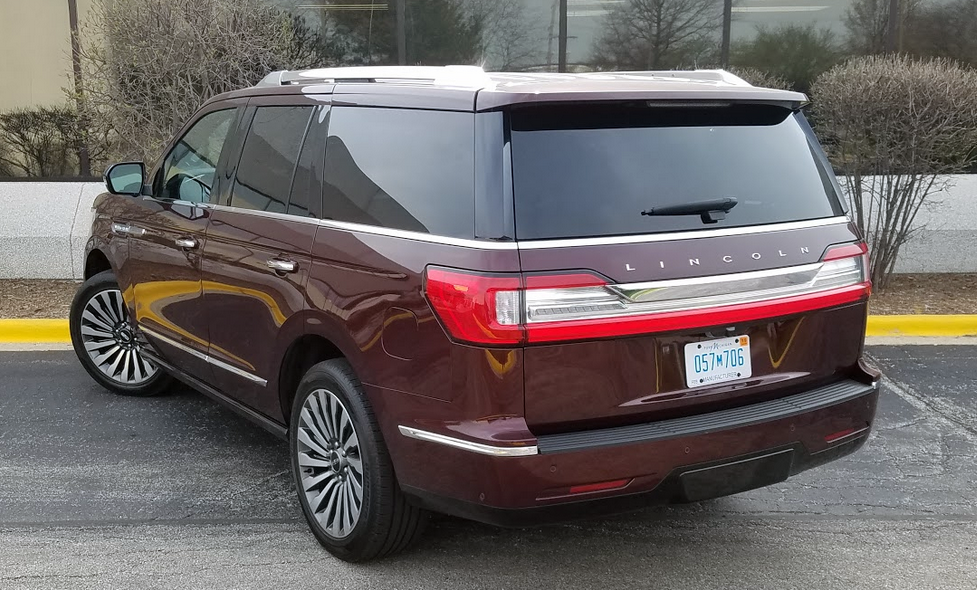 The ’18 Navigator rises through Premiere, Select, Reserve, and Black Label trim levels. Premier and Select are available in a choice of rear- or all-wheel drive; the top two lines come only with all-wheel drive. Select, Reserve, and Black Label Navigators can be had in “standard” or elongated “L” versions. CG’s test truck was a Reserve on the shorter 122.5-inch wheelbase.

The Navigator’s interior is captivating from both a design and luxury standpoint. The push-button gear selector located beneath the central air vents is unconventional, but our testers acclimated fairly quickly. The central console has covered cupholder bins with a cell-phone slot, and a covered bin that houses USB/device charging ports.

Size and number of driving wheels may vary in Navigators, but there’s just one powerteam, a 3.5-liter twin-turbocharged V6 with a new 10-speed automatic transmission. As configured for 2018, the engine gains 70 horsepower to attain a peak rating of 450. (That’s 50-75 more horses than are corralled under the hood of the Expedition, which uses the same basic powerplant.) The real eye-opener is 510 lb-ft of torque that comes in handy for authoritatively launching a nearly 3-ton Navigator like the one CG tested. Performance characteristics can be modified by dialing in drive-mode settings that read like 1980s band names—“Normal,” “Conserve,” “Excite,” “Slippery,” “Deep Conditions,” “Slow Climb,” and “Deep Sand.” (I’m pretty sure I heard Deep Conditions open up for INXS in ’88.) Conserve dulls response a bit; Excite begins to live up to its name with a little quicker answer when the gas pedal is pressed.

Passenger room is a Navigator strong point. The second row is especially spacious, and the third row can accommodate smaller adults. Rich leather upholstery adds to the interior’s high-end ambiance.

To maintain some semblance of fuel economy, FoMoCo’s biggest SUVs have adopted aluminum body panels that reduce vehicle weight by nearly 200 pounds, and they’ve tossed out a 6-speed transmission in favor of the 10-gear unit. For that nth degree of savings, there’s an exceptionally subtle stop/start feature. EPA projections for the AWD Navigator are 16 mpg in city driving, 21 mpg in highway use, and 18 mpg combined. In this driver’s test, a 174-mile stint with 53 percent city-type driving, he recorded just 15.8 mpg. 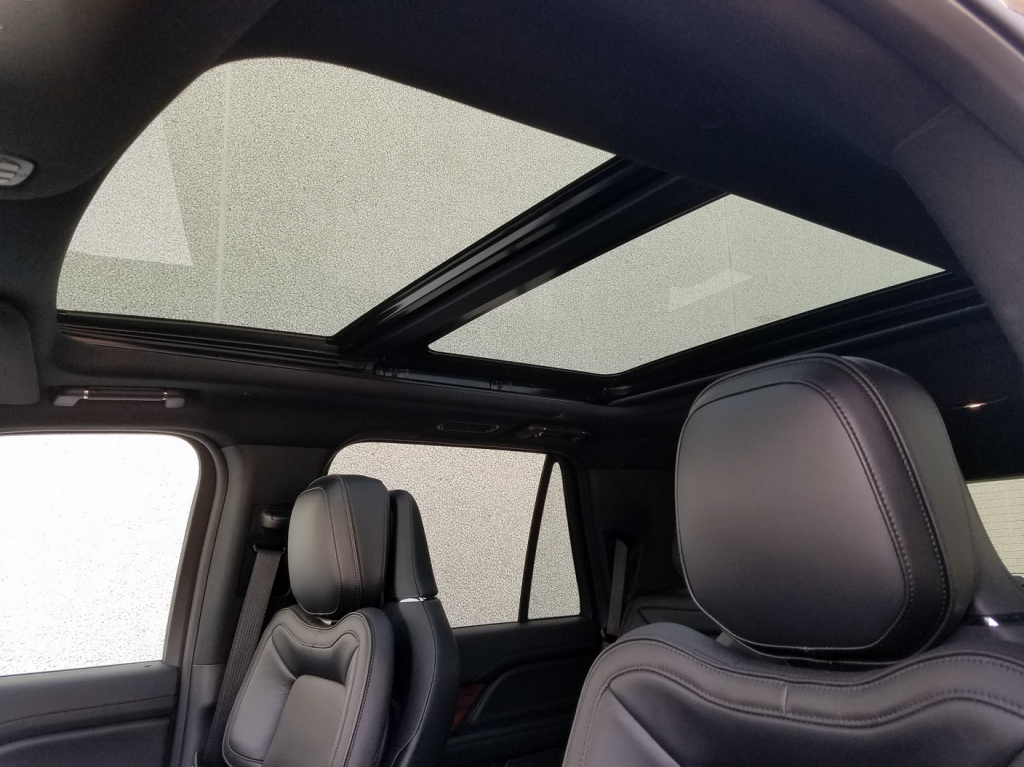 A large panoramic sunroof is standard equipment on the Reserve model.

The drive modes also play a hand in ride and handling quality. Normal allows for some lean in cornering and perhaps a little vertical pitching over bumps, but it squelches shocks to the cabin fairly well. Excite restrains the nose-up/nose-down motions, but stiffens the ride enough that road bumps register hard enough to be unpleasant. Steering gets marginally tighter in Excite mode. It helps that the lofty seating position provides a good view of the road, and a standard 360-degree camera projects an accurate overhead view of the immediate surroundings, all of which drivers will need because the Navigator is just too big for quick moves in tight spaces.

“Ample” is barely sufficient to describe the interior room. The test vehicle was equipped with a second-row folding bench seat (a no-cost alternative to the standard middle-row captain’s chairs) that makes it possible to seat as many as eight passengers. Three adults can fit comfortably across the seat, and enjoy lots of legroom. A tip-and-slide feature eases access to the third-row seats, which feature power-reclining backrests. Under the best of circumstances, up to three smaller adults could occupy the rearmost row, though with less leg- and headroom.

The interior environment is pretty lush by the time it reaches the Reserve level. The test truck was outfitted with the $1500 30-way-adjustable “Perfect Position” heated/cooled/massaging front seats. Outboard second-row seats are heated. So is the steering wheel. Warm-looking rosewood (one of three available veneers keyed to interior color) was affixed to the dash, doors, and broad center console. The extremely quiet cabin gets that way in part due to laminated front and side glass. Standard power-retracting running boards ease entries and exits for the somewhat-high-riding Navigator.

A flip-up panel at the rear of the cargo floor covers the jack and a small storage bin (the bagged grocery tie-down net is shown in the bin here). Cargo capacity measures 19.3 cubic feet behind the third-row seats, 57.5 cu. ft. behind the second row, and 103.3 cu. ft. with both the second- and third-row seats folded. The load floor is laudably smooth and level.

A 12-inch configurable LCD instrument cluster imparts vehicle information to the driver, and there’s a 10-inch central screen to show audio, climate, navigation, and other readouts from the voice-enabled Sync3 infotainment system. Audio tuning and selections for the tri-zone climate controls are made independently—and easily—on the console, and middle-row passengers have their own audio and climate controls. The optional 20-speaker Revel Ultima audio system that was in CG’s tester offers “stereo,” “audience,” and “on-stage” listening modes. Apple CarPlay and Android Auto functionality is standard. So is Wi-Fi that allows up to 10 devices at a time to be connected. The transmission is engaged via four push buttons on a discreet bank beneath the central air vents. 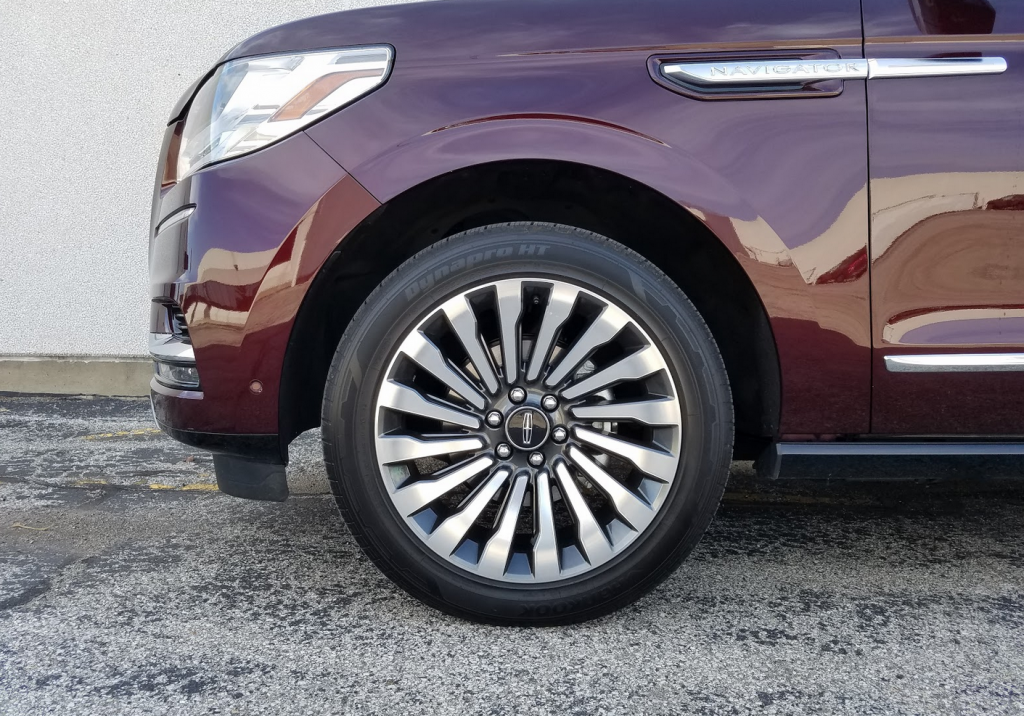 Here is an indicator of how large the Navigator is overall: The standard 22-inch alloy wheels–clearly “plus-size” by most original-equipment standards–don’t look that huge on this extra-large vehicle.

The center console doesn’t connect with the instrument panel. Rather, it projects out over open floor-level storage space. Personal-item storage is handled by a big glove box, a capacious console box with an adjustable tray, large door pockets with bottle holders, seat-back pouches, covered cup holders in the console for front occupants, two floor-level cup holders that fold from the back of the console for middle passengers, and trays and cup holders in the third-row sidewalls. A covered bin in the console holds a wireless phone charger and two of the vehicle’s six USB ports.

There’s 19.3 cubic feet of cargo space between the standard hands-free liftgate and the third-row seats, but that grows to 103.3 when the second- and third-row seats are lowered. Buttons on the left sidewall of the cargo compartment allow for remote seat-back retraction. Curiously, the middle seats drop instantly while the rear seats rest slowly. The extended cargo floor is evenly flat, but with gaps around the seat backs. An optional cargo-management system adds an adjustable shelf on which to stack items, plus a bin under the floor in which to stash incidentals. AWD Navigators can tow up to 8400 pounds.

The extensive list of standard equipment also includes items like 22-inch alloy wheels, panoramic sunroof, remote starting, satellite radio, and blind-spot and rear cross-traffic alerts. (Further safety and driver-assistance aids are included in the Technology Package option.) As such, Lincoln has stepped up its game in price, yes, but in capability and luxury as well.

Starting prices for the Lincoln Navigator jump substantially with the model’s redesign for 2018, but so does the level of luxury, technology, performance, and all-around refinement.