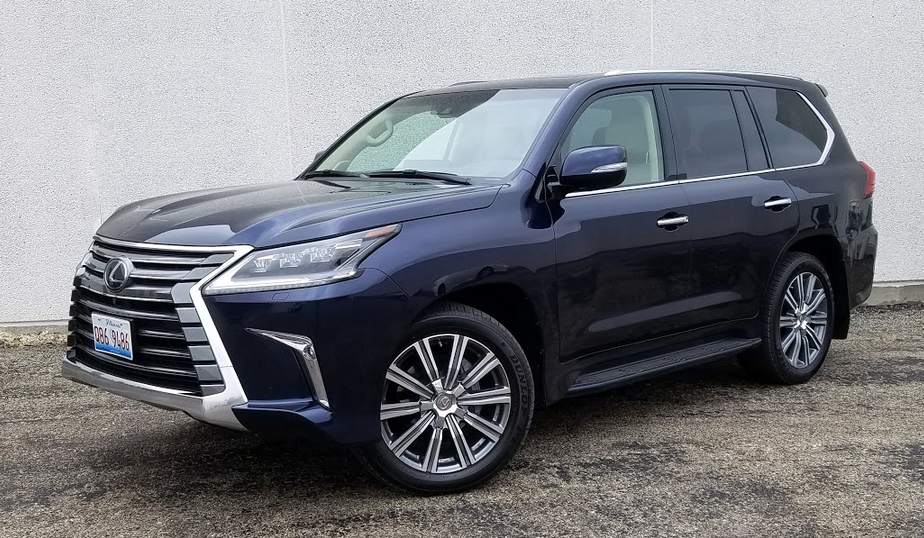 The not so good: Interior space, fuel economy

Can a big Lexus sport-utility vehicle that starts—starts—at $89,380 ever be considered a bargain? Maybe.

The Lexus LX 570 that Consumer Guide® tested springs from the same body-on-frame platform used by the Toyota Land Cruiser, so they have very similar dimensions inside and out. They also have a V8 engine and 8-speed automatic transmission in common, so performance is nearly identical. Finally, they are both packed with many of the same driving aids and convenience features. Due to those similarities, the Toyota is priced within $5055 of its luxury-label corporate cousin. 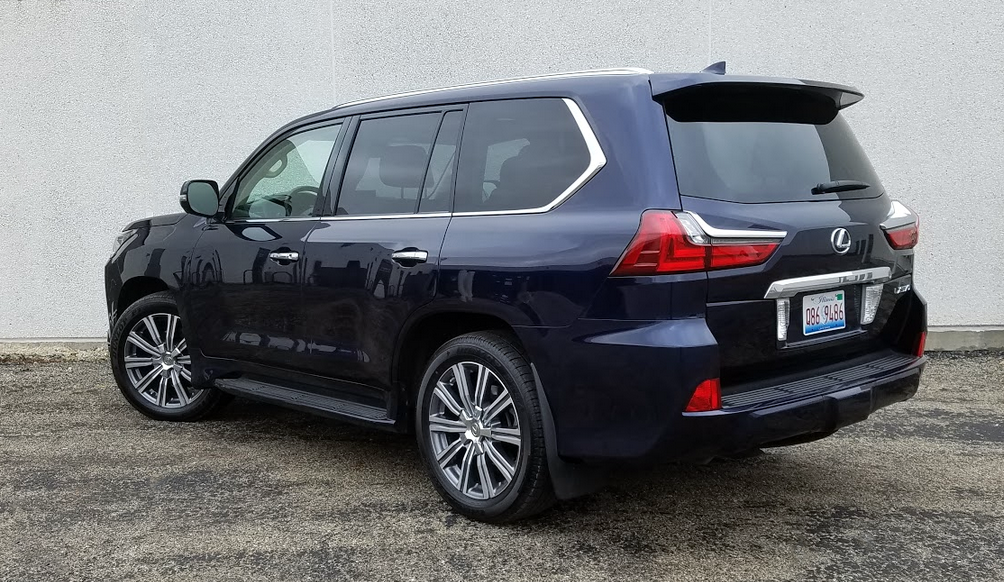 What shopper already spending roughly 85-large for the Land Cruiser wouldn’t jump at the chance to get all that for an added cost that’s within the realm of what luxury-vehicle purchasers often shell out for options? Well, just to complicate matters, there are a few things that the LX 570 has to walk back. Unlike the LX, the Land Cruiser is offered with no options. It comes about as complete as Toyota can make it—which no doubt helps account for its premium-brand price tag. Things like heated second-row seats, a rear video entertainment system, and a console box that can keep drinks chilled are standard on the Land Cruiser. The high-grade audio system has 14 speakers, five more than the LX 570’s basic unit. The Toyota also has an 8100-pound towing capacity—versus 7000 pounds for the Lexus—and comes with standard mud-and-snow-tread tires. Folks who actually use their luxo-ute to do some work or get out in the boondocks might find those features preferable to a wood-rimmed steering wheel and an analog clock.

The LX cabin is finished to expected Lexus standards, but front seat space trails that of other vehicles in the large-SUV class.

For the record, CG’s LX 570 test truck didn’t stop at $89,380. With delivery and options it topped out at $93,340. Add-ons included the $1190 Luxury Package with upgraded semianiline leather upholstery, ventilated front seats, and heated rear seats; 21-inch alloy wheels (in place of the standard 20s); head-up instrument display; and a heated steering wheel.

Having been substantially refreshed for 2016, the ’17 LX 570 is little changed. The Lexus Safety System + is newly standard. This suite of safety technologies (dubbed Toyota Safety Sense in the Land Cruiser) bundles precollision braking, pedestrian detection, lane-departure warning and mitigation, and adaptive cruise control.

Power is provided by a 5.7-liter V8 that’s rated at 383 horsepower and 403 lb-ft of torque—all of two more horsepower and lb-ft than same engine makes in the Land Cruiser. The engine and transmission team up to smoothly and quietly launch the 6000-pound LX. They just won’t do it on the cheap. This driver averaged a puny 12.4 miles per premium-fuel gallon in a 169-mile stint that included 60 percent city-style driving. That didn’t reach the EPA city-mileage estimate of 13 mpg, let along get near the 15-mpg-combined projection, and it was 1.3 miles a gallon less than what he averaged in an earlier Land Cruiser test.

The drivetrain is composed of full-time 4-wheel drive with a 2-speed transfer case and a locking center differential. For off-road excursions, a choice of electronic drive settings can be dialed up to match the prevailing terrain, and crawl control is included. Trailer sway control is another standard feature.

Standard footwear consists of all-season tires that, frankly, may prefer some seasons to others. When several inches of late-winter snow fell one morning during this reviewer’s turn in the LX 570, he was surprised to find this 4-wheeler fighting for grip and oversteering in a couple of low-speed turns from standing starts in the unplowed streets. The LX’s high-riding traditional SUV stance makes it feel somewhat tippy in corners or when braking hard. It may also pose step-in challenges to shorter or less spry passengers. In general, ride comfort on urban streets and expressways was fairly good.

Passengers in the first two rows will find comfortable seats and good room for heads and legs. Three-across seating is believable. Adults will find it hard to reach the third row, where the seat cushion is low, so knees-up seating will be required of any grown-up who sits there.

Unlike some 3-row SUVs in which the rearmost seats retract into the floor, the LX 570 and Land Cruiser have hinged seats that fold against the sidewalls and remain exposed. In the Lexus, these seats are power activated by buttons in the cargo compartment. Luggage space is quite limited with all seats in use, but even when the third-row seats are folded, they take away some cargo room. Middle-row seats fold flat, but leave gaps in the floor. The liftgate top half of the 2-piece cargo hatch is power operated and can be opened from inside the vehicle of from the key fob. A pull-down tailgate lends access to the load floor.

Personal storage is handled by a large glove box, door pockets with bottle holders, a covered bin—with a power point—at the front of the console, and pouches on the backs of the front seats. Without the console cooler (it’s available at extra cost), the covered bin is a deep box with an adjustable tray for small items that a driver wouldn’t want to have to fish for on the go. There are two covered cup holders in the console, and two more pop out of the pull-down storage armrest at the center of the middle-row seats. Additional cup holders and exposed trays are found into the sidewalls for third-row passengers.

Standard 4-zone automatic climate control has controls on the dash and on the middle-row armrest. Unfortunately, there a lot of buttons, and repetitive-motion toggle switches set temperature. The big display screen clearly shows audio, climate, and navigation displays, which can be governed by Lexus’ console-mounted Remote Touch. It puts everything at the driver’s fingertips but it takes some concentration to operate, and that’s always best focused on driving.

Folks drawn to the Lexus LX 570/Toyota Land Cruiser duo generally share an appreciation for these vehicles’ body-on-frame construction and international safari/war-zone/off-road heritage. That said, many shoppers may be just as well served by the Lexus GX 460, which, though smaller outside, offers nearly the same amount of cabin space as the LX, but in a tidier more fuel-efficient package. Note that even the 460, which is is also an old-school body-on-frame ruffian, still isn’t especially fuel efficient.

If you regularly face deep snow or deeply rutted muddy roads, the LX may be just the truck for you. Most shoppers will be better served by the excellent Lexus RX 350 and hybrid RX 450h–both of which earn high praise from Consumer Guide for comfort and refinement. The RX crossovers are easy to drive and park, are lavishly appointed inside, and can he had for less than $50,000.

At 199 inches in length, the LX 570 spans five inches less overall than the standard-length GMC Yukon.