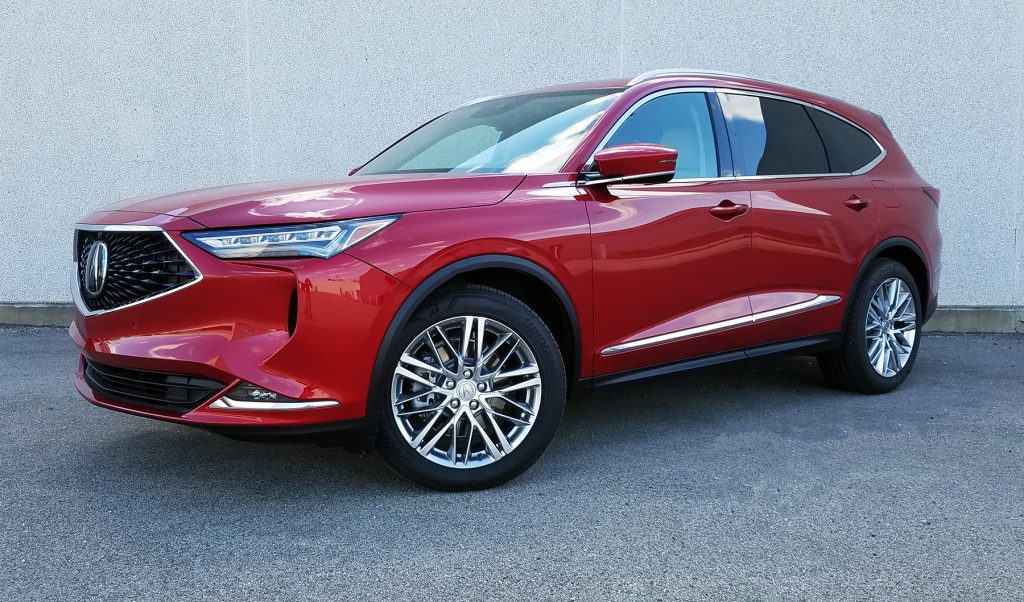 The not so good: Finicky touchpad control interface requires lots of acclimation

The 2022 Acura MDX has had its “gap year” and now it’s ready to get back to the business of toting up to seven passengers and their stuff. This premium midsize crossover SUV skipped the 2021 model year to clear space for an early release of the 2022 job that marks the start of the MDX’s fourth generation. 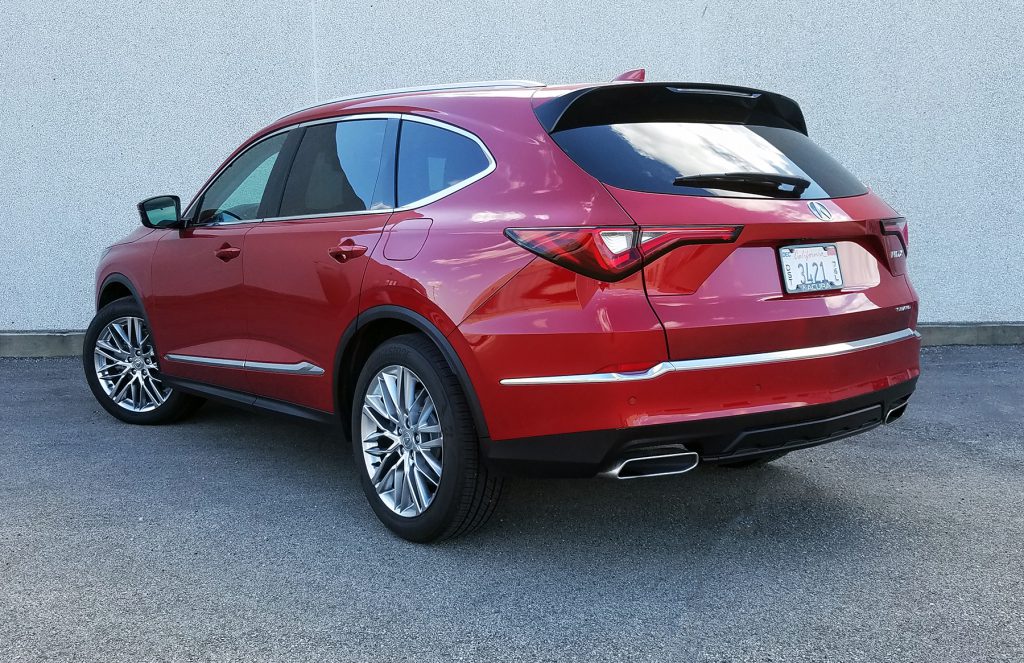 Acura’s three-row midsize SUV skipped the 2021 model year; it gets a full redesign that launched as an early 2022 model. The ’22 MDX rides an all-new, slightly larger platform and gets fresh styling inside and out.

Acura has fashioned the ’22 on a new platform—the most rigid SUV chassis the manufacturer says it has ever made—with the dash-to-axle proportion increased by more than four inches for a different look. There’s a new double-wishbone suspension in front for better handling, too. While the 3.5-liter V6 is a link to MDXs of yore, it is now hooked to a 10-speed automatic transmission that replaces the former 9-cog box. 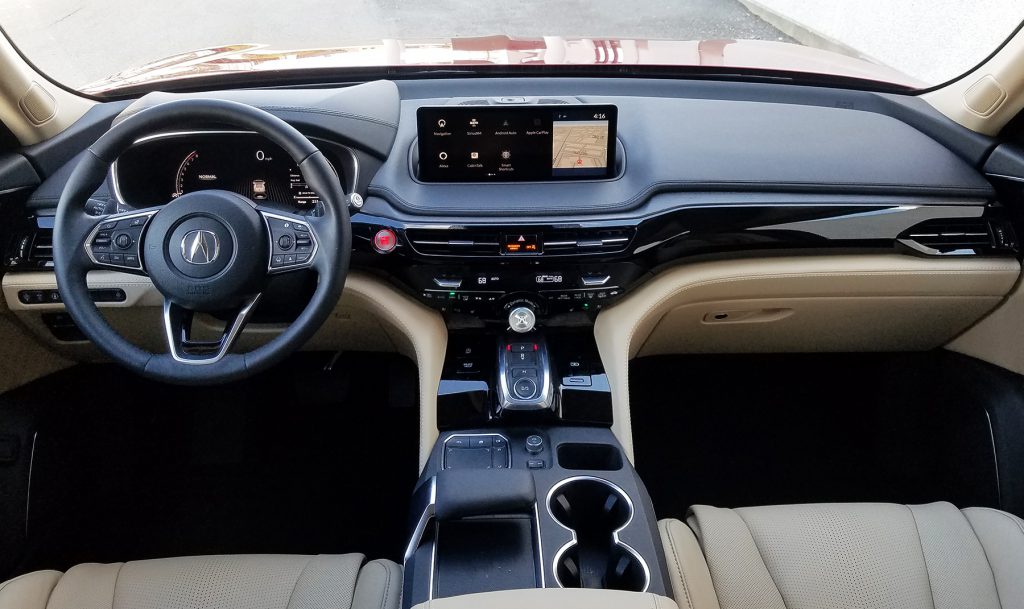 The new MDX’s cabin is more luxurious than before, and it gains some welcome new tech features and a widescreen 12.3-inch infotainment display. Elements such as the large drive-mode selector knob and True Touchpad control interface are lifted from the redesigned-for-2021 Acura TLX sedan; the touchpad control interface requires lots of practice. A wireless charging pad is nestled on the center console to the left of the dual cupholders.

Consumer Guide’s experience with the new MDX began right at the top with an Advance that starts at $61,675 with delivery, but this one tacked on another $500 for Performance Red Pearl paint. Base and Technology models have a choice of front- or all-wheel drive, but every A-Spec and Advance comes equipped with the latter. 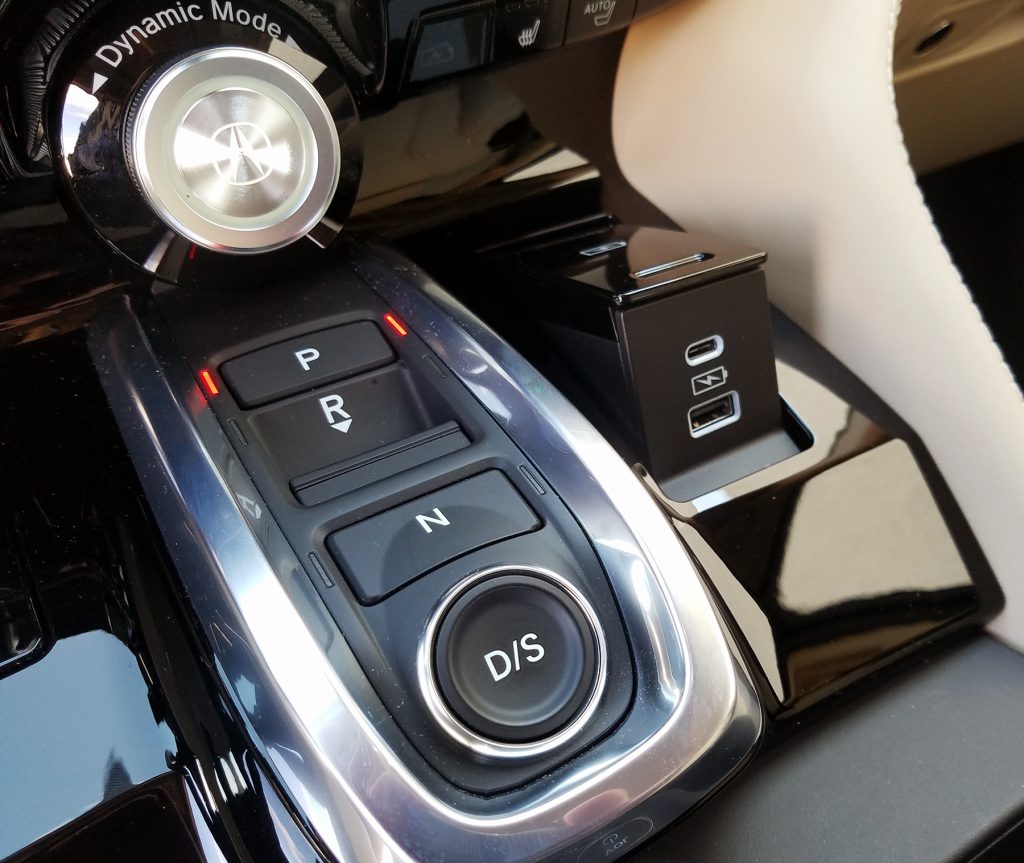 Acura’s push-button gear selector takes a bit of acclimation. USB and USB-C charging ports are housed in a pop-up panel to the right of the shifter.

A new feature for all MDXs is built-in Amazon Alexa compatibility, making it the first Acura so equipped. Other infotainment and connectivity items are wireless Apple CarPlay/Android Auto smartphone integration, wireless charging, Wi-Fi hotspot, AcuraLink telematics communication system, Bluetooth hands-free phone connectivity, HD and satellite radio, and navigation with voice activation. Unfortunately, some of these systems are managed by an utterly unappealing console touchpad. This driver found it maddening to do something as simple as input audio presets—the tiniest imprecision would move the “cursor” off the desired spot—this while parked. Manipulating this device with accuracy while on the move, even with a hand settled on the built-up rest just behind the square pad, seems like a pipe dream. AcuraWatch, the brand’s bundle of safety and driver-assistance technologies, brings in adaptive cruise control, traffic-jam assist, forward-collision warning and automatic braking, lane-departure warning and lane-keeping assist, road-departure mitigation, and high-beam assist.

The V6 is carried over at the same 290 horsepower and 267 lb-ft of torque. It continues to deliver strong—but not overpowering—performance in concert with its silky new transmission partner. Twisting the mode-selector dial to “Sport” elicits delayed upshifts and, Acura claims, a sportier engine sound, though it didn’t register much different to these ears. The EPA expects the AWD Advance to average 19 mpg in the city, 25 mpg on the highway, and 21 in combined use. This reviewer logged 20.8 mpg from a 134-mile stint with 29 percent of it in city-type driving conditions. 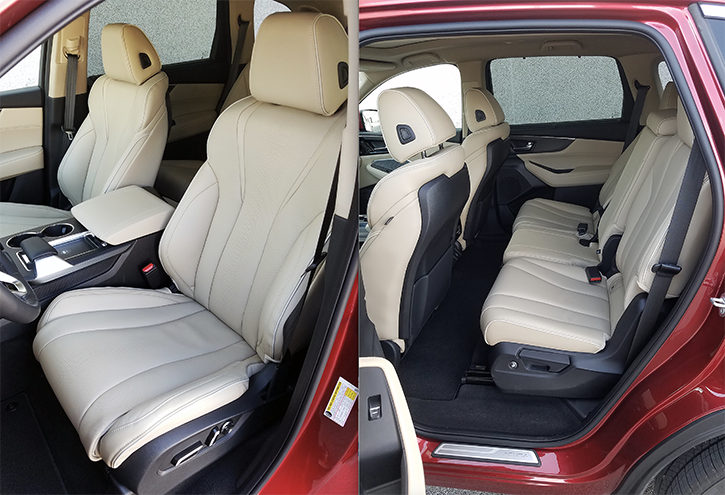 There’s excellent space in the MDX’s front seats and respectable-for-the-class room in the second row.

It seems that Sport mode makes more of an impact in driving dynamics. It firms up steering and suspension feedback and tweaks the torque vectoring provided by the rear-biased “Super Handling All-Wheel Drive” system. With appropriate equipment, towing capacity is listed at 5000 pounds. The new front suspension was picked out for its ability to keep the tire tread better aligned to the road surface more of the time than the previous strut suspension could. Ride—even on 20-inch wheels—is slightly softer but not flabby in “Normal” mode. Braking is predictable and responsive.

While front-row occupants revel in all the leg- and headroom that most will ever need, the longer-legged of them might not realize that they are crowding people sitting in the middle row. With the driver’s seat all the way back, this sub-6-foot tester had his knees up against the seat back. A minimal floor hump improves prospects for 3-abreast adult seating on the 40/20/40 second-row seats, which have reclining backs.

Third-row space and seat height have been improved to the point that they now are barely welcoming to average-sized adults. Access to the third row is fairly constrained. You can get there by squeezing behind the middle seats when they are tracked forward or by fully removing the middle fifth of the second row to create a pass-through.

The MDX’s cargo space is improved over the previous generation. There’s 16.3 cubic feet of volume behind the third-row seats, 39.1 cubic feet with the third row folded, and 71.4 cu. ft. with both the second and third rows folded.

High-quality materials and an abundant use of soft-to-the-touch surfaces make the cabin a pleasant place in which to cover ground. The driving-control displays—in the dash or on the windshield—show up clearly. The Honda/Acura transmission selector of three push buttons and a lever for Reverse requires some acclimation. Climate controls utilized lots of function buttons and repetitive-push flippers for temperature settings.

Glove-box size isn’t bad but the owner’s manual takes up most of what room there is. (Still, we’d rather have a print manual to thumb through rather than a digital one on the infotainment screen where we would view one. Page. At. A. Time.) The console box is kind of deep but not terribly big on the sides. Door pockets with bottle holders are much smaller in back than in front. There are hard-sided pouches on the backs of the front seats. Exposed cup holders are found in the console. When the back of the “20” section of the second-row seat is retracted, it forms an armrest with cup holders and a small open tray. Third-row passengers will find a cup holder and USB charge port on each side.

For now, the MDX’s sole powertrain is a 290-hp 3.5-liter V6 that’s paired with a 10-speed automatic transmission (a high-performance Type S model is coming soon). Twenty-inch alloy wheels are standard on all but base-model MDXs.

Cargo area has been increased, reaching 71 cubic feet with second- and third-row seats folded. They sit flush with the gently rising load floor—though there is a slight gap behind the middle-row seats. A lift-off rear cargo-floor panel can serve as the top of a bin to keep valuable (or unsightly!) items hidden, or it can be removed to open up some more cargo capacity. 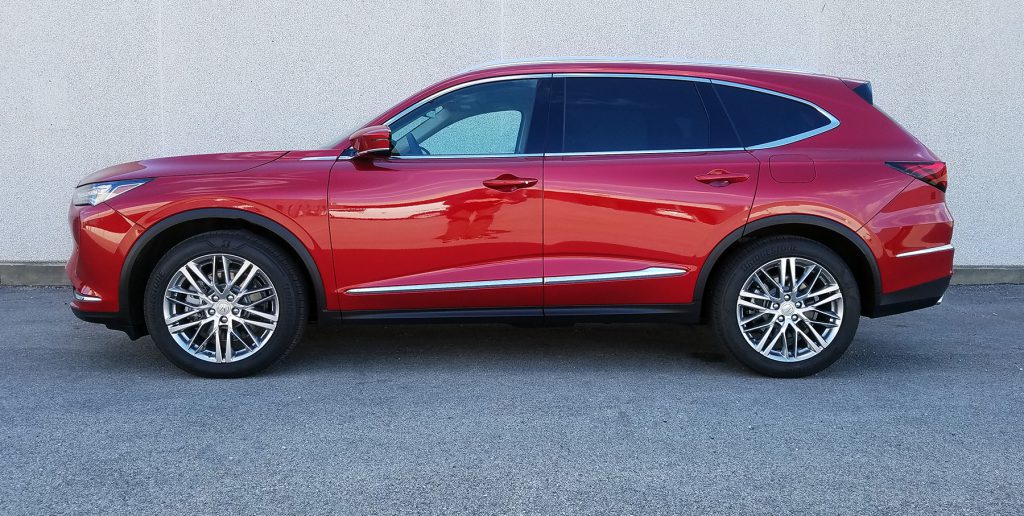 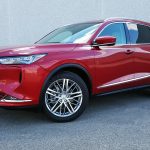 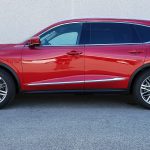 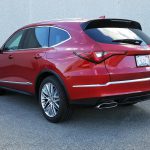 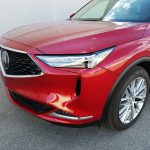 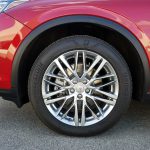 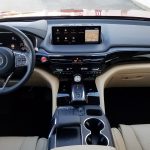 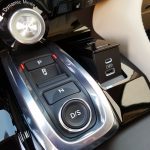 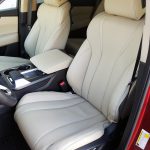 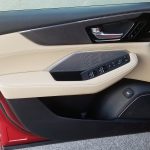 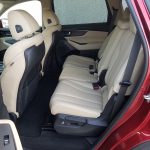 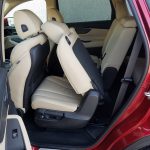 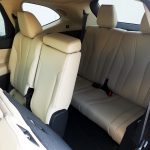 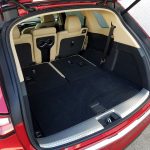 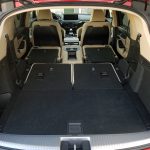 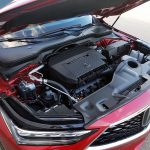