The Budget-Brand Trend Continues . . . But Not Here 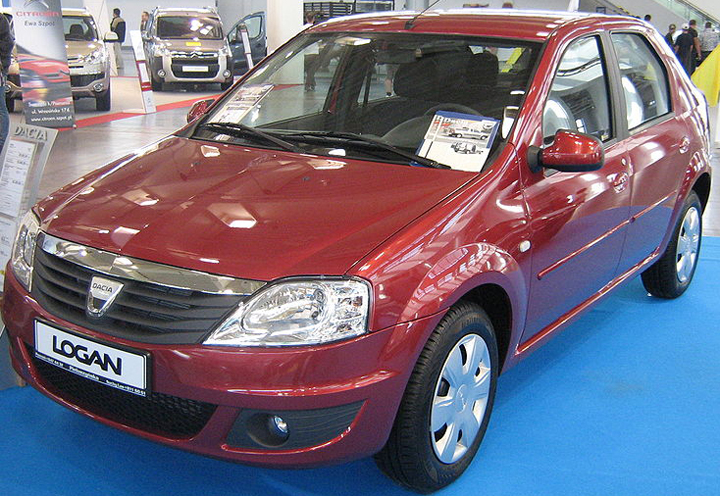 I hope you’ve read boss man Tom Appel’s blog about Nissan’s plan to resurrect the Datsun brand for vehicles to be built and sold only in such places as China and India. As Tom notes, Datsun is still very well known and well regarded globally, and I agree that it’s a shame to sully the name by slapping it on Third World cheap wheels. Sorry—make that products designed to sell for what emerging-market consumers can afford.

But aside from the arguably unfortunate choice of name, Nissan undoubtedly got the budget-brand idea from alliance partner Renault of France. Several years ago, Renault took note of fast-rising auto sales in post-Soviet Eastern Europe and created a basic low-cost car for the region, the Dacia Logan compact sedan. I’m not sure if that brand is pronounced DAH-shia, DAY-see-ya, or some other way, but I’ve read that Logan was chosen to suggest “log on.” How modern.

Though based on obsolete Renault technology, the Romanian-built stripper sold far better than even the powers in Paris expected, prompting the addition of wagon and commercial-van models and the expansion of production to several other countries. Funnily enough, the Logan also appealed to consumers in Western Europe as a sort of “reverse status symbol,” like the VW Beetle was in 1960s America, so Renault tarted it up a bit and now sells it at home and in other mature EU markets. Yeah, the profit margins are razor-thin, but it’s still plus business with the potential for upgrading buyers to something fancier next time. What’s more, overall Dacia sales have been rising, thanks to the addition of new-design products such as heart-of-the-market Sandero compacts and a value-priced small crossover, the Dacia Duster, complete with available all-wheel drive.

So with Dacia, GM’s Wuling in China, and now Datsun, the budget brand looms as an important new industry trend in several of the world’s fastest growing economies. That mainly means China, which already has dozens of native brands but is about to get one more: Denza. That’s the name chosen to grace “affordable” China-only electric vehicles (EVs) developed and marketed by Germany’s Daimler (home of Mercedes-Benz) and China’s BYD, which formally joined forces in March 2010. According to a recent story in trade weekly Automotive News, the first Denza will be a small, pure-electric hatchback based on the just-discontinued Mercedes B-Class, a high-body, front-wheel-drive subcompact that almost came to America in the early Noughties. Daimler is heading up body and chassis engineering for Denza, plus styling, while BYD is developing the electric powertrain using its proprietary lithium-ion-phosphate battery technology.

As partners go, BYD—aka “Build Your Dream”—is an odd dance partner for conservative Daimler (which has lately linked arms with Nissan-Renault, by the way). BYD may be familiar to regular readers of Consumer Guide’s main site as the subject of a Future Car report that was posted back in September 2011 and has proven to be wildly inaccurate, I’m sorry to say. But hey, everybody was sayin’. . . .

BYD began as a supplier of lithium-ion batteries to major mobile-phone makers such as Nokia and Motorola, and its rapid growth prompted none other than billionaire investor Warren Buffett, the “Wizard of Omaha,” to kick in $230 million back in 2008. China’s booming vehicle market undoubtedly encouraged the company to add an automaking division. But that business has so far been problematic, thanks partly to an emphasis on EVs, which most Chinese consumers can’t afford or don’t want, and partly to expansion plans that have proven woefully optimistic. At one time, BYD reportedly sold half a million vehicles in China, mostly gas-powered cars resembling old Toyotas. It has been promising for years to sell EVs in America, even taking exhibit space at several Detroit Auto Shows and setting up offices and fleet tests in Los Angeles. Yet announced sale dates have come and gone with no cars on these shores, and we doubt there ever will be, Daimler tie-up notwithstanding. The German company is just joining with a local producer, as Beijing requires, in hopes of growing an EV business in what is now the world’s largest vehicle market by sales.

Budget brands may be a wave of the automotive future, but you’ll probably never see a Datsun, Dacia, or Denza in the U.S. Such names and the vehicles that wear them are for over there, where they make marketing sense, and not here, where they don’t. And it’s really just as well. Then again, a dime-store Datsun could conceivably catch on here like the Logan did in Western Europe.

P.S. Where did “Denza” come from? Maybe some Daimler or BYD executive got a ride in a U.S.-only Toyota Venza and noticed its Denso electronic components. Ya think?

Datsun is Back…And You Don’t Want One