The Cars I’d Buy if I Won the (Little) Lotto 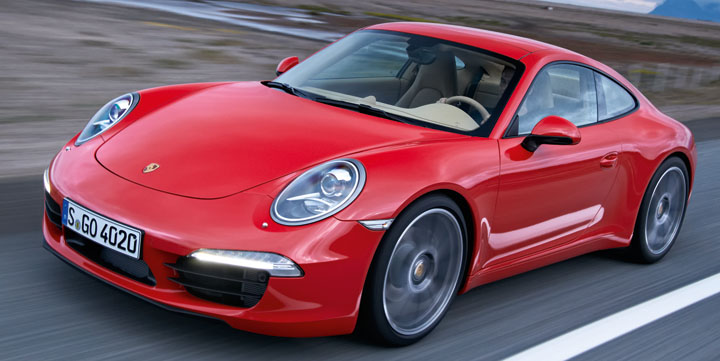 A million bucks isn’t quite what it seems. A million dollars is a $50,000 salary earned for 20 years. Yes, that’s a chunk of change, but quitting your job the minute you match all the lottery numbers would be far from prudent.

Subtract taxes and needy relatives, pay down the mortgage, beef up the kid’s tuition fund, and you’re left looking at maybe a couple of cool vacations and a fatter Roth account.

In Illinois, the regular Lotto pays out $1 million all at one time. If you end up splitting that sum with some other lucky-number matcher, well, the kid’s going to community college after all.

In addition to the Lotto, we in Illinois enjoy a game called Little Lotto. To win the “LL” jackpot, you need to match only five numbers, not the Lotto’s six. The downside is the top prize—a more work-a-day $100,000.

I don’t play lottery games often, but when I do I’m more often drawn to the LL. The odds seem less crushingly absurd, and the award sums seem easier to contemplate. And contemplate them I have.

Here’s the deal. If I win the LL, I am buying two cars. Remind me to inform my wife of this, as she thinks we should have the kitchen redone.

The cruel math is that $100,000 in prize money pretty quickly becomes about $65,000 after taxes. So, the Bugatti isn’t going to happen. Still, there’s a lot you can do automotively with this kind of cash. Here’s my plan:

I want a luxury crossover. It needs to be sporty, it needs to get decent mileage (because, hey, I am spending all my prize money on cars), and it needs to look good in black. The unloved and slow-selling ZDX is exactly what I need. And used, they seem like a deal. I found a couple of local low-mileage examples for right around $35,000. Yes, I could save a little money and get a more functional rear seat by going with the Acura MDX. But I see those everywhere, and the ZDX just looks so cool.

I realized a couple of weeks ago that I need a 911—badly. It must be red, and it must be essentially stripped. I don’t want a stereo or Chrono package or aftermarket wheels. I just want a 911. I want to drive it late at night with the windows down on twisty roads . . . but I digress. As it turns out, the market is swimming in good-condition, low-mileage used 911s in the $30,000 range. They’re older cars, sure, but 911s are ageless.

I don’t see myself messing with this list too soon. The ZDX and 911 make sense for me, and though used, both seem special enough to work as jackpot prizes.