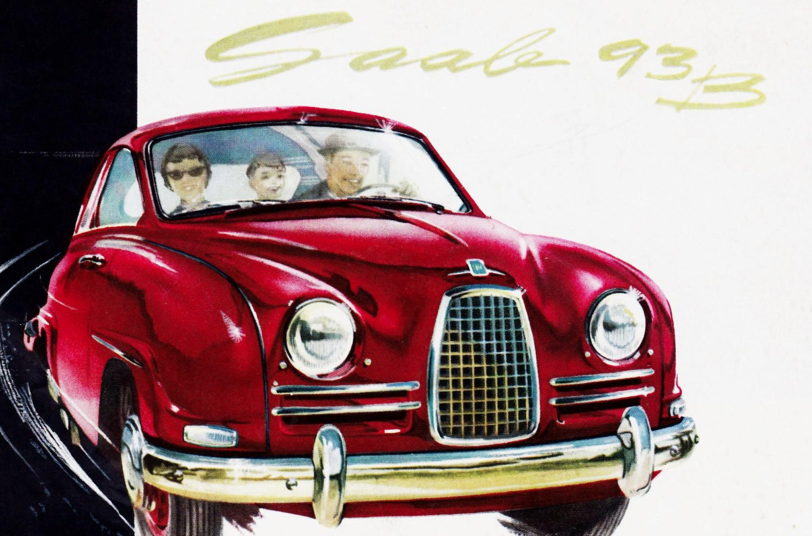 While Saab never topped the sales charts, its clever engineering, innovation, and—truth be told—quirkiness gained it a loyal following. That’s all but over now: Saab Automobile AB halted car production in April 2011 and filed for bankruptcy in December of that same year.

Saab began as an aircraft manufacturer in Sweden in the late Thirties, but started planning to build a car right after World War II. In 1950, auto production commenced with the Saab 92. The cars were unconventional from the start. The 92 had a 2-stroke, 2-cylinder engine driving through the front wheels. Saab’s aircraft roots showed themselves in the eccentric aerodynamic styling. The body was also exceptionally strong, which helped establish Saab’s tradition for safety.

By the Sixties, the tough little Saab 96 was making a splash on the international rally scene and exports increased. The 99, introduced for ’69, was larger and more expensive than previous Saabs and increased the brand’s market penetration. Although the 99 was powered by a normal 4-stroke, 4-cylinder engine, it wasn’t as fast as the competition. Turbocharging was the answer. The turbo introduced in ’78 increased power without a significant increase in size and weight that a larger engine would have entailed. The following year, the 99 was joined by bigger and more refined 900. Now Saab was competing with BMW and Audi in the “executive class” market.

Check out our used Saab reviews

The Eighties were good for Saab, with increasing sales and enhanced image. The 9000 (developed with Fiat) brought Saab into the premium midsize market.

In 1990, General Motors bought a 50-percent stake in Saab and had complete ownership by 2000. Saab never hit GM’s sales targets and many thought the brand was losing its individuality under the Detroit giant’s stewardship. Then, when General Motors found itself in dire financial trouble, Saab was put up for sale in 2008. In 2010, a small exotic-car maker from The Netherlands called Spyker bought Saab. Many doubted whether Spyker had the financial clout to make a go of Saab. Unfortunately, they were right. Thus ended the 61-year history of a quirky and innovative marque.

Do you have a favorite Saab? Please tell us about it.

This was the car that introduced Saab to America. Like the original 92 model, it had a 2-stroke engine, but now with 3 cylinders. Displacement was reduced slightly to 748cc, but horsepower was boosted to 33. The suspension newly featured coil springs at all 4 corners. The 93 maintained its predecessor’s fastback profile and continued only as a 2-door sedan with rear-hinged doors (until 1960, when front-hinged doors came in). However, the rear window was larger and a new vertical grille gave the front more definition.

Essentially an improved 93, these third-generation Saabs came as a 2-door station wagon (95) or 2-door sedan (96). At introduction, the sedan had the same exterior dimensions as its forebear, but featured wraparound rear glass and a bigger trunk. A fold-down rear-facing third seat gave the wagon a seating capacity of seven. The original powertrain was an 841cc 3-cylinder engine with 3-speed gearbox, but a 4-speed came in for 1964 and a 65-horsepower 1.5-liter 4-stroke V4 (built by Ford of Germany) bowed for 1967. The ’65 models ushered in a nose lengthened by 6 inches and a new full-width grille design. 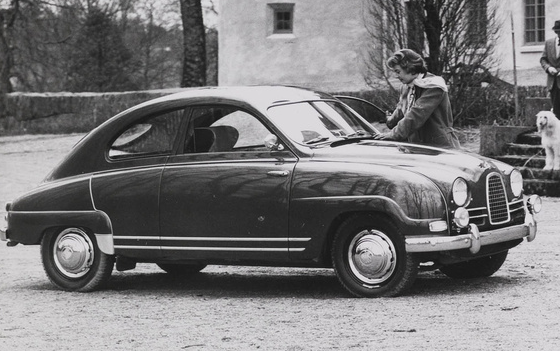 As far back as the days of the 92, light but tough Saabs had carved out a winning reputation in rallies. The GTs and Monte Carlo were an attempt to capitalize on that fame by creating sport models of the 93 and 96 sedans. GT750s had an engine with a 12-horsepower boost; an interior with bucket seats, a grab bar, sport steering wheel, and added instrumentation; and an exterior with spotlights and added bright trim. A 4-speed transmission was featured, starting in 1960. A triple-carburetor version of the 841cc engine and front disc brakes inaugurated the GT850 in ’62; the name was changed to Monte Carlo 850 in ’66, by which time the engine was making 55 horsepower.

Saab builds a sports car. Named with the phonetic spelling of a Swedish expression meaning “so neat,” the fiberglass-bodied 2-seat coupe rode an 85-inch-wheelbase adaptation of the 96 platform. Chassis features included rack-and-pinion steering, 10.5-inch front disc brakes, and a built-in roll bar. The first 230 units built featured the 2-stroke engine from the Monte Carlo 850; later cars used a 73-horsepower V4 that raised top speed to around 100 mph from 93 mph. However, a column shift for the 4-speed transmission was a shortcoming. 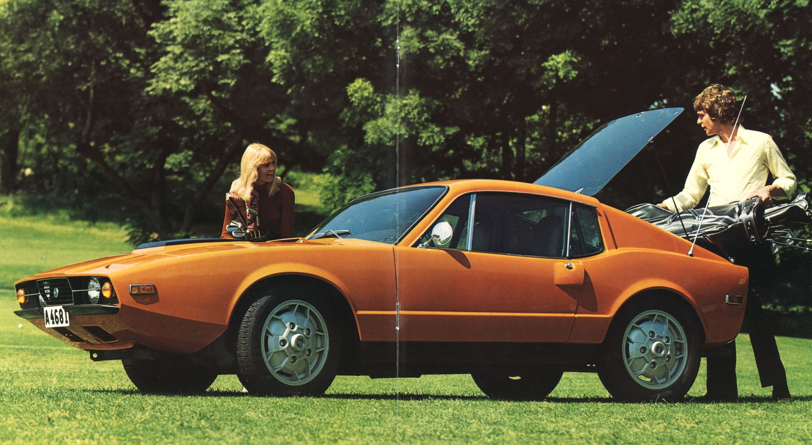 Saab builds a better sports car. While many liked the way the Sonett II drove, few liked its looks. Italian designer Sergio Coggiola made the car sleeker and a larger V4 (starting in 1971) made it faster. Oh, and there was a proper floor shift, too. Almost 82 percent of the 10,236 Sonetts ever made were Sonett IIIs. 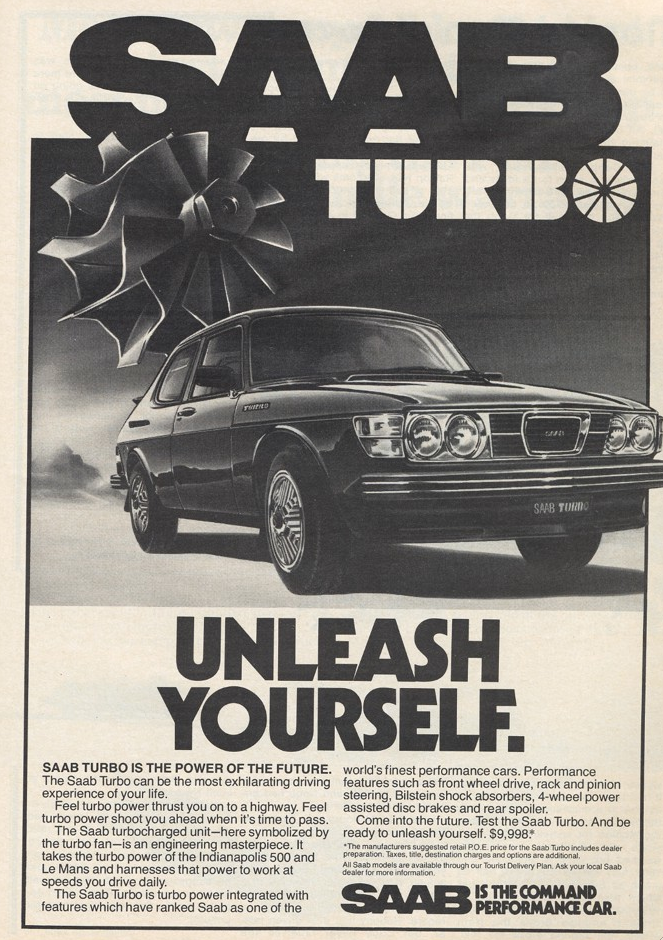 Saab’s first turbocharged engine gave its 99 model performance to go with its handling prowess. Following its 1969 introduction, the bigger and plusher 99 saw advances like the brand’s first 4-door sedan and first use of an automatic transmission. By ’72, the 99’s inline 4-cylinder overhead-camshaft engine displaced 2.0 liters; the addition of a Garrett turbocharger for ’78 raised horsepower to 135—20 more than in a naturally aspirated 99. The turbo mill was the centerpiece of a specially equipped hatchback coupe that could hit 120 mph. 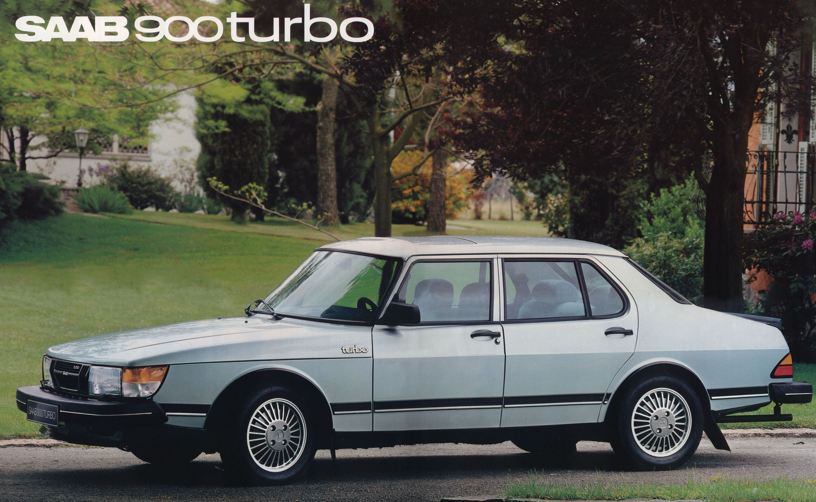 The 900 Turbo firmly established Saab’s reputation as a maker of light performance cars. The 900 was a slightly larger and more refined version of the 99 and quickly relegated the latter to the sidelines in the U.S. The 900 Turbo picked up the 99 Turbo’s engine and was initially offered in 2- and 4-door hatchback models, but a notchback body replaced the 4-door hatch in ’81. A 5-speed manual transmission became optional for 1980, and a twin-cam turbo engine ushered in for 1985 made 160 horsepower (later 175 with a Special Performance Group option). A 900 Turbo convertible bowed in 1986 and continued through ’94, a year after closed-body 900s were fully redesigned. 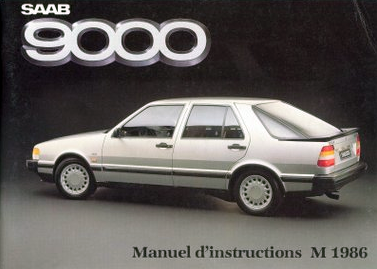 With the new 9000, Saab went upscale. There were increases in wheelbase and track compared to the 900, changes that delivered a better ride. The 9000 was a thoroughly modern car, with MacPherson-strut front suspension and a shift to transverse engine mounting. Offered only as a 4-door hatchback with a 160-horsepower version of the intercooled 900 Turbo engine in ’86, the 9000 added a notchback body and a nonturbocharged engine in later years. 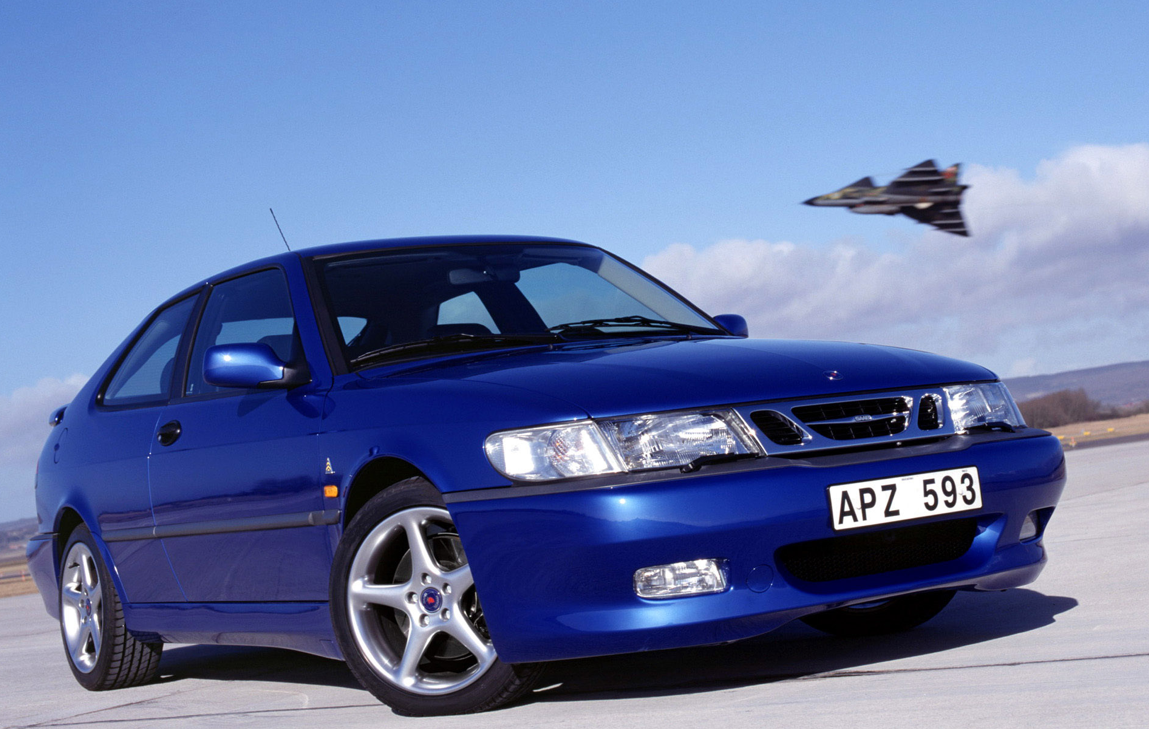 This high-performance model was named after a Saab jet fighter plane. The first Viggen was a midyear addition to the new 9-3 series, which was a renamed update of the GM-influenced second-generation 900. Standard gear included a 225-horsepower 2.3-liter turbo 4-cylinder, 5-speed gearbox, sport suspension with meaty tires, sport seats, and aerodynamic body cladding. A 0-60-mph sprint took just over 6 seconds—but was accompanied by torque steer and “turbo lag.” Horsepower rose to 230 for 2000, the same year that the original Viggen hatchback coupe was joined by a 4-door hatchback and a convertible. 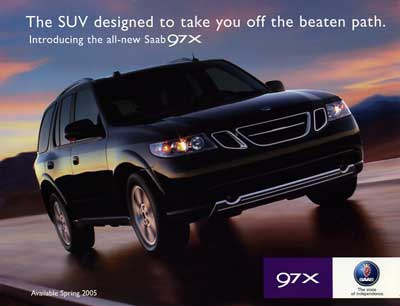 Saab’s first (and only) SUV. OK, it was really a Chevrolet TrailBlazer, but it was still Saab’s first (and only) SUV. Unlike the TrailBlazer, the 9-7X came only in 5-passenger form and solely with all-wheel drive. A Saab-style grille and instrument panel added some brand identity, and the leather-trimmed interior even worked in the center-console ignition switch that was a trademark Saab feature. Unique suspension and brake calibrations were adopted for ’06. Powertrains were pure GM: a 4.2-liter inline 6 or 5.3-liter V8 hooked to a 4-speed automatic transmission. A sporty Aero model added in 2008 used a 390-horsepower 6.0-liter V8.

Jack Stewart contributed to this article