Styling highlights of this upscale small SUV include sculpted bodylines, flared-out fenders covering 20-inch wheels, a large panoramic sunroof, and a nicely done rendition of Lincoln’s signature “split-wing” grille. An extra-wide clamshell liftgate (which completely encompasses its slim horizontal taillight panel) is another interesting design feature—and a departure from the Ford Escape SUV with which the production MKC will share a basic platform.

Inside is a push-button gear selector, lots of high-end leather, and natural “open-pore” wood trim infused with metallic flake. Lincoln didn’t mention what was under the hood of the MKC Concept, but we’d wager that Ford’s EcoBoost 2.0-liter turbo 4-cylinder will be the production MKC’s standard powerplant.

The premium compact SUV market is one of the fastest-growing segments around, so it makes sense for Lincoln to have a presence there. With the MKC, Lincoln will compete against such vehicles as the Acura RDX, BMW X1, and Range Rover Evoque. No word yet on when the production MKC might arrive, but we would expect it to launch as a 2014 model.

CG Says: Lincoln is calling the MKC a concept, but our guess is that the forthcoming production version will look almost identical to this show vehicle. A compact SUV is a logical extension to Lincoln’s model lineup, and this one looks to be executed quite nicely. If the production version doesn’t get watered down from this show vehicle, Lincoln should have a contender on its hands. 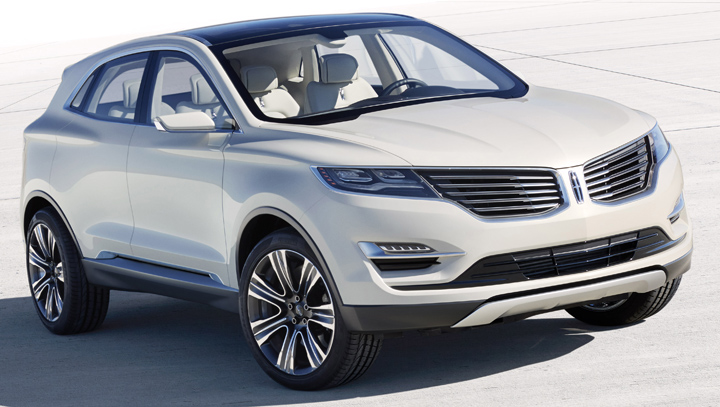 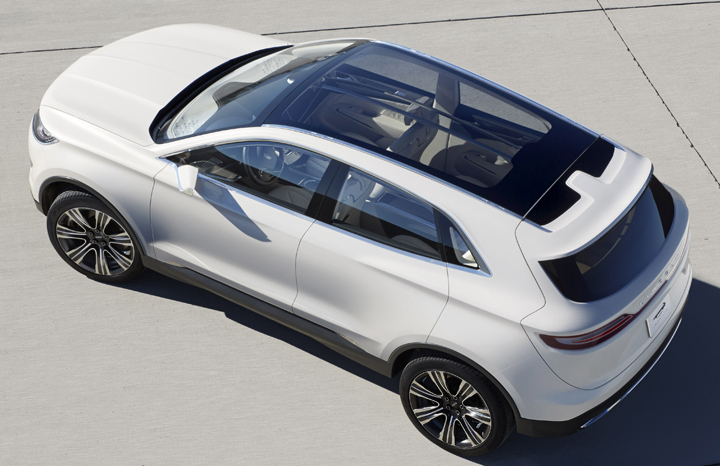 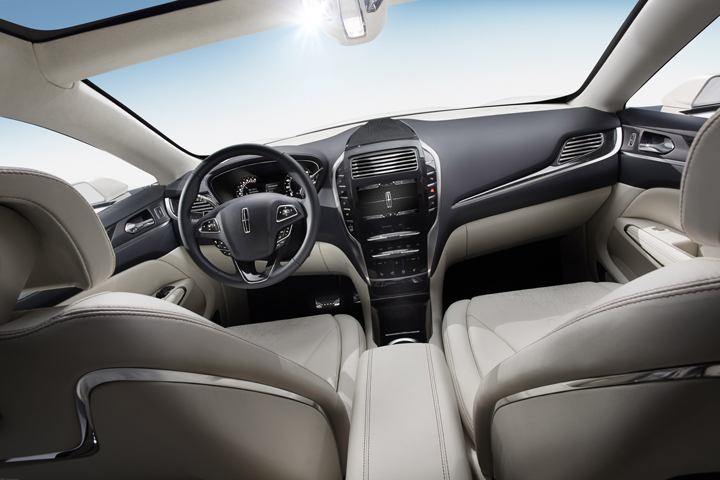