The Times They Are a-Changin’: Meet an Unlikely Volt Buyer 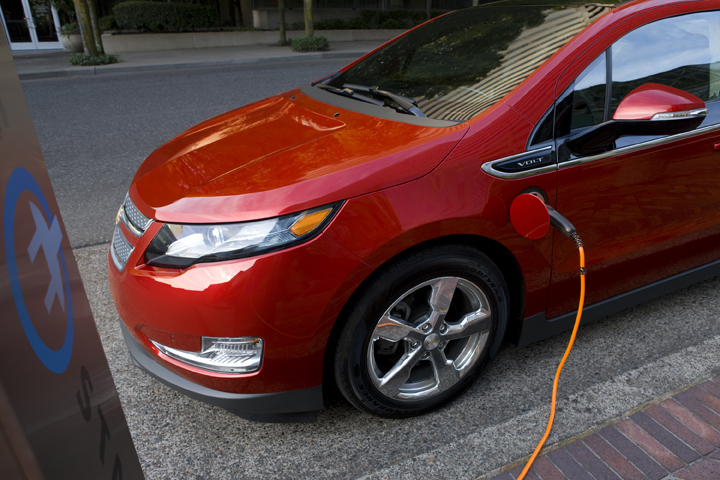 The Chevrolet Volt’s 40-mile electric range and 300-mile gas range make it an extraordinarily efficient vehicle under the right circumstances.

“Are you sitting down?”

It was my friend Scott on the phone. Scott is a middle-aged farmer whom I’ve known for the better part of 20 years. Like me, he’s a car nut.  Unlike me, he has disposable income, numerous storage buildings, and a hyper-active eBay account, a dangerous combination that has resulted in the comings and goings of a fleet of late-’70s Firebirds, a couple of Corvettes, an early-’70s Olds Toronado, a half dozen Harleys, a pair of hopped-up Z28 Camaros, a Chevy Topkick (think full-size pickup on steroids), two Jeeps, a couple of middle-aged Cadillacs, and a Peterbuilt semi. And that’s just in the last five years.

His latest purchase was a 40-foot motorhome, which joined his current fleet of four pickup trucks (three of which are one-ton duallys), his wife’s Lexus LS 430, a Jeep Grand Cherokee (to be towed behind the motorhome), an ex-cop Ford Crown Victoria, and his daily driver, a Cadillac Escalade. So I really didn’t figure on being surprised by whatever new vehicle acquisition he was about to announce.

Thankfully, the threadbare carpeting on my living-room floor was enough to help cushion the fall.

Keep in mind this was coming from someone trailing a carbon footprint roughly the size of Rhode Island. As such, after the initial shock wore off, I took it with a grain of salt.

But farmers regularly deal in monetary sums that would give many of us pause, and most are also experts at calculating return on investment. So if one combine costs $200,000 but the biggest one costs $300,000, it’s probably the latter that’s in Scott’s shed. He figures it can gobble up more corn in a shorter period of time when weather adversely affects the peak gobbling window, and that can easily pay the difference in one or two seasons. Besides, it also gives him bragging rights at the local diner, which sort of sugar-coats the appeal.

What he realized was that many of his ventures were 30 to 40 miles round-trip, and he took a lot of them. In his other vehicles, each of those trips burned two gallons of what had become $4 gas, so $8. His research and calculations had shown that a Volt could typically go that far on a single $1.20 charge of electricity. And if he needed to go farther, the Volt could get nearly twice the highway gas mileage of his other cars.

Still, I had my doubts it would ever happen. For one thing, although Scott regularly buys new pickup trucks for farm use, he had never before bought a brand-new car. But the following Tuesday, just as I had stopped at a store on my way home from work, Scott called to say he was driving his new Volt away from the dealership.

On that particular day, I happened to be in our new long-term all-electric Mitsubishi i for the first time. So there we were, two died-in-the-wool car guys with gasoline coursing through our veins, both driving cars powered by electricity—something that wouldn’t have even been possible just two years ago and was virtually unthinkable before that.

Ah, the times they are a-changin’.