The year 1956 marked the last hurrah for the “real” Packard. After that, Studebaker tried (somewhat successfully) to turn a Studebaker President into a Packard, but it was too little (literally!) too late.

There are stories of S-P trying to purchase 1956 Lincoln bodies from Ford to turn into Packards, but that idea died on the vine. What if S-P had purchased bodies from Lincoln, Chrysler, Cadillac, or even AMC and then found enough cash to make some sheetmetal and detail changes? Here’s what I think could have been the result.

1957 Packard Imperious by Chrysler
A new hood, reworked tailfins, and other sheetmetal plus a new grille and that’s it. Everything else is pure Imperial. The Carib convertible has heavily reworked quarter panels. 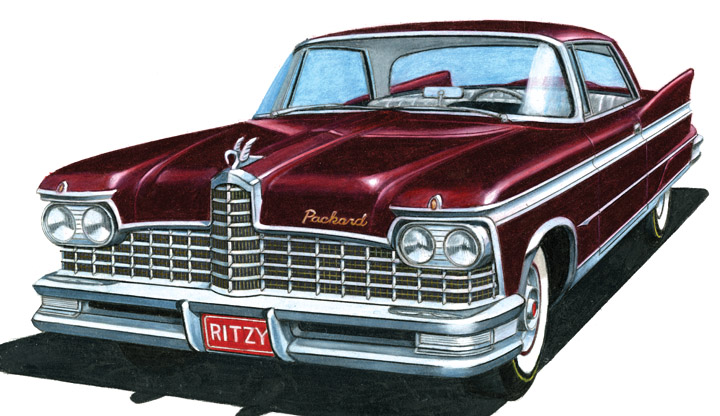 1957 Packard Caribassador by AMC
All we need here is a new hood, grille, taillights, and quarter panels to turn a Nash into a Packard Caribbean. 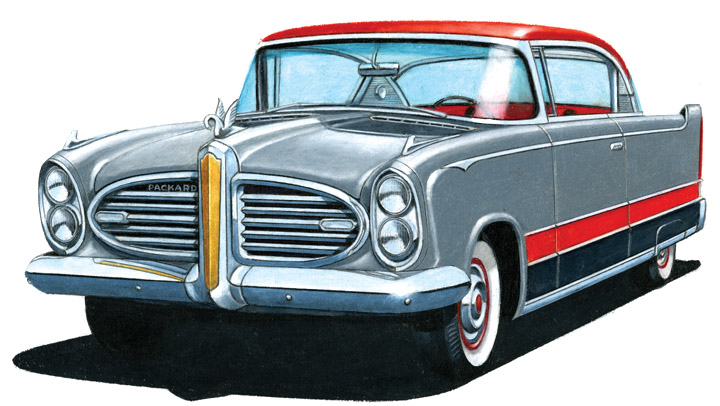 The ElCarib uses mostly Eldorado sheetmetal, but the fins are modified to accept Packard-like taillights. I added the arched center bumper to connect the Eldo bumpers. Speaking of bumpers, the canted front bumpers are stock ’57 Cadillac turned upside down and reversed. 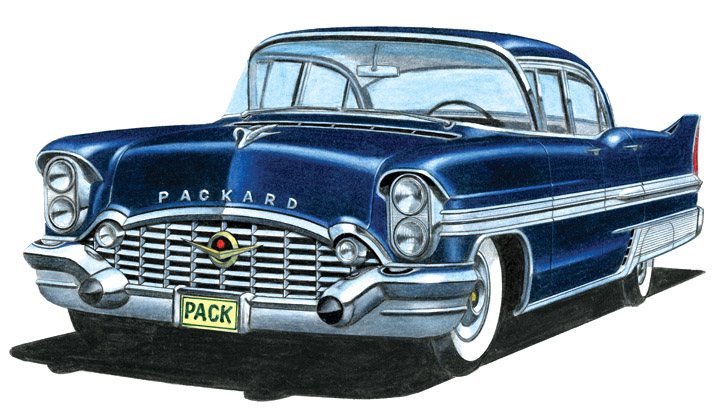 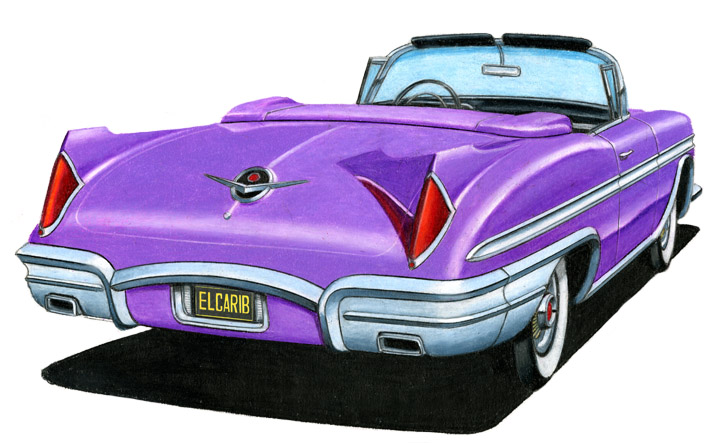