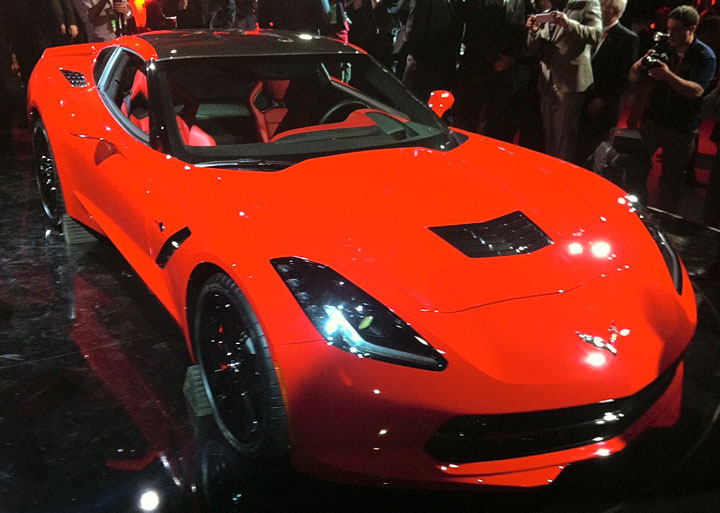 The first product reveal of the 2013 North American International Auto Show in Detroit was likely the one most anticipated by enthusiasts. Revealed on the eve of the main event, the 2014 Corvette arrives shortly after the storied sports car’s 60th anniversary.

Fresh styling is just part of the new Corvette story. A new aluminum frame and a standard carbon-fiber hood help reduce curb weight by about 100 pounds. Under the hood, the familiar-sounding 6.2-liter V8 is reported to be all-new, and it now boasts direct injection and variable-valve timing. The result is 450 horsepower, 50 more than the previous-generation engine.

Also new is an available 7-speed manual transmission, which replaces a 6-speed unit. For the clutch averse, a 6-speed automatic transmission with paddle-shift capability returns.

Apart from significant technical updates, the big news for Corvette is the return of the Stingray moniker. Last used in 1976, the Stingray suffix is generally associated with the second-generation car (1963-1967), though it then appeared as two words (Sting Ray).

Chevrolet promises that the new Corvette will be in dealerships sometime this fall. No word yet on a convertible version of America’s sports car, but one can’t be more than a model year away. Prices have not been announced, but we expect that new Corvette will sport a bevy of additional standard equipment compared with the 2013 model, and to start just under $60,000.

CG Says: There was nothing wrong with the last Corvette, save for some gently aging technology and styling that never really excited fans. That’s changed for 2014, and all for the better. If Chevy can keep a lid on pricing, this most-powerful-ever standard Corvette should make waves in sports car circles like no ‘Vette has in decades. Expect a complete Consumer Guide drive report some time this summer.

Another view of the ’14 Stingray 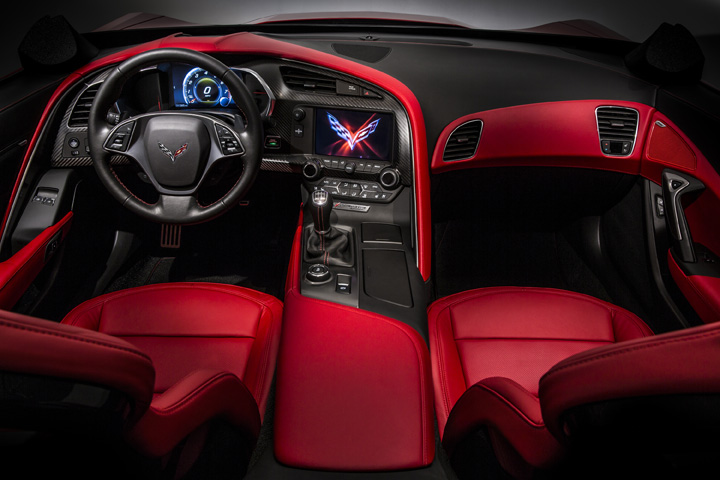 Inside the new ’Vette