What Is Hydraulic Hybrid? 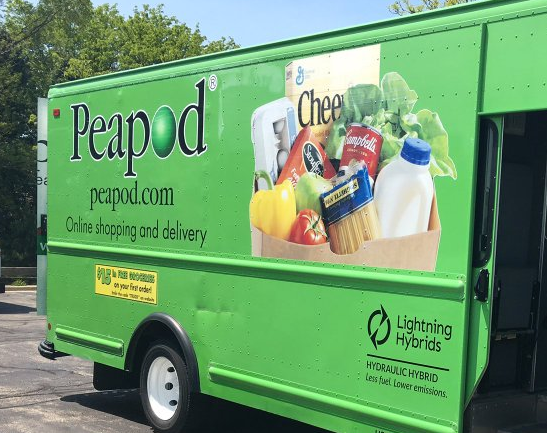 In simplest terms, an automotive hybrid drivetrain is one that employs two or more power sources to propel a given vehicle.

In greener terms, a hybrid drivetrain is one that is primarily powered by a fossil fuel—typically gasoline or diesel—and is supplementarily powered by energy recaptured during braking—usually by means of a generator and electric motor. 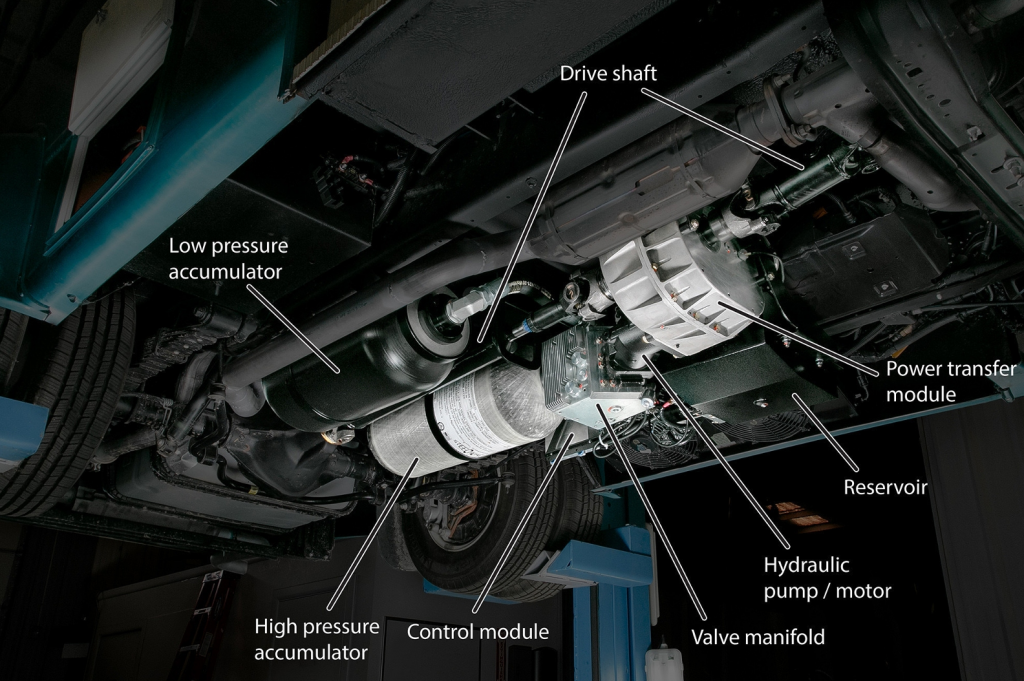 The Lightning hydraulic-hybrid system nestles between a vehicle’s frame rails and supplies its supplemental power via the driveshaft.

But a hybrid drivetrain need not employ “electrification” to be effective. In fact, for larger and heavier vehicles, an alternative method of capturing otherwise-wasted braking energy may prove more efficient and easier to employ.

Founded in 2008, Lightning Hybrids is now installing aftermarket hydraulic hybrid systems on fleet trucks with a GVWR over 10,000. The system is relatively compact, and fits between the frame rails towards the center of the vehicle.

Like electric hybrids, the hydraulic hybrid (HH) system collects energy during braking, but instead of charging a battery, the HH system stores hydraulic fluid under pressure. When the vehicle takes off from a stop, the HH fluid, under pressure, drives a pump located at the vehicle’s U-joint, providing torque directly to the driveshaft.

In the case of the Peapod truck shown above, the system provides 500-600 pound-feet of torque when fully charged.

Lighting, which will be putting its 100th converted vehicle on the road sometime next month, also reports improvements in brake-component life of up to 100 percent.

The Lightning HH system does not include an engine stop/start system, but does interact with the vehicle’s brake system to help improve braking smoothness and overall feel.

Lightning HH systems add between 500 and 1100 pounds to the subject vehicle, and reduce payload capacity commensurately.

System installations begin at $15,000, but federal and state clean-air- and alternative-energy grants can whittle that number down to as little as $5000 for qualifying applicants.

Per a Lightning Hybrids spokesperson, a conventional electric-hybrid system providing comparable amounts of torque would both cost more and weigh more than the HH system.

The HH system is not for everyone or every application, and the return on investment (ROI) varies from 1 year to the vehicle’s life expectancy, depending on usage. But, with federal and state aid,a hydraulic hybrid system may prove a worthy upgrade for delivery vehicles working primarily in heavy traffic situations.

You can check out Lightning Hybrids here.