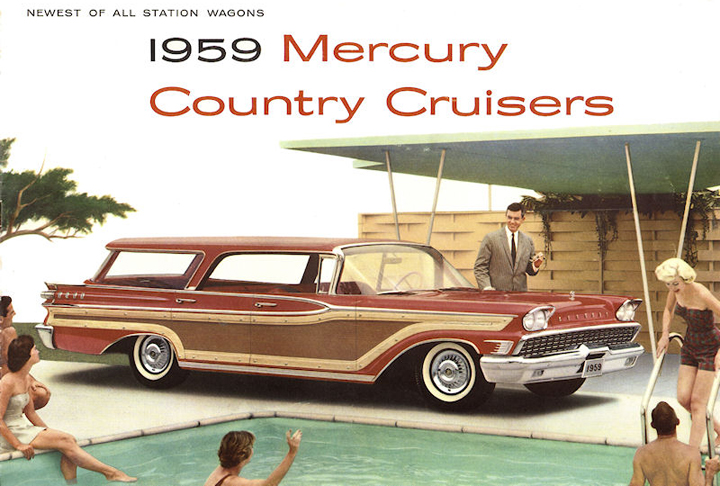 If somebody drove through your fence, trampled your petunias, and came to a screeching halt inches from your expensive in-ground pool, would you be this happy to see him?

Fantasy has been an integral part of automobile advertising practically since there have been cars. It didn’t take manufacturers long to realize that once they had talked the early attainers of the automobile age into their first car with a hard-headed, rational argument to ditch the old oatburner for a gas buggy, it was going to take something more emotional to get them to come back for a new one. In short order, images that connoted freedom, status, and—big surprise!—sex appeal took their place in auto ads alongside considerations of safety, reliability, and cost.

Sometimes, though, the fantasy got a little too, well, fantastic. Determined to have their vehicles seen in the most glamorous light, carmakers occasionally  signed off on some true head-scratcher ads. Cars have turned up in the most unlikely places and in situations that in any rational world would transform them from objects of desire to outright nuisances, apparently driven there by people who were either clueless or—worst-case scenario—just plain mean. What was the manufacturer trying to say? “Our car is desirable even if you’re an idiot?”

Consider the pitch for the 1954 Plymouth depicted at California’s famous oceanfront Pebble Beach Golf Links (below). The two-tone Belvedere hardtop sure must look good gliding up in front of the clubhouse . . . wait, what? It’s on the golf course? Security! Who in the name of Arnie’s Army drives a car across a golf course? After this, the brand should have changed its slogan from “Plymouth Builds Great Cars” to “Plymouth Builds Golf Carts.” 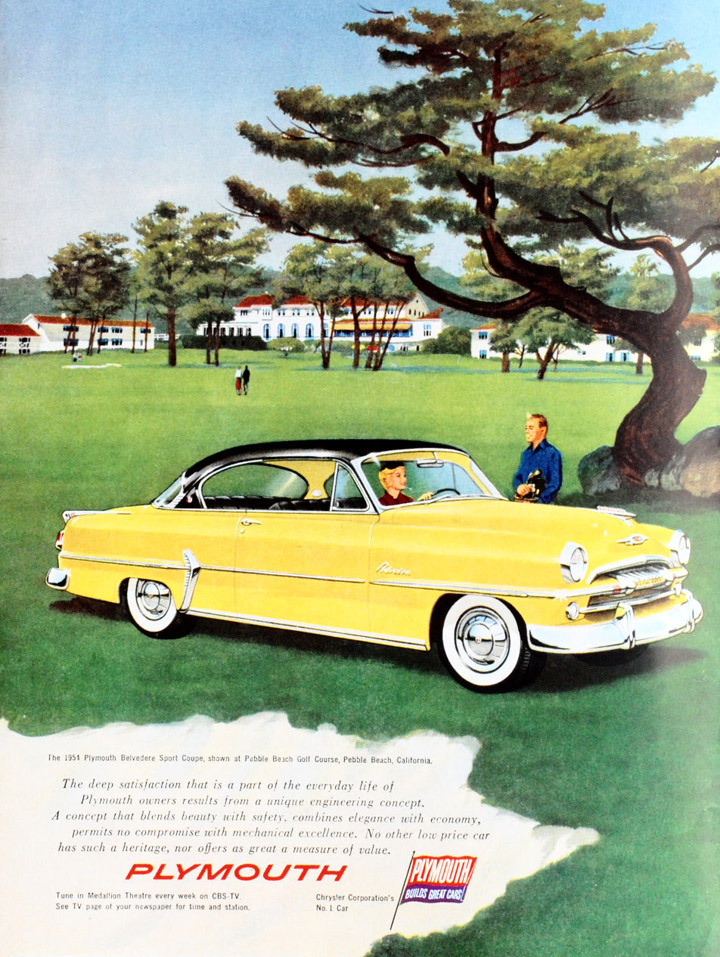 A 1954 Plymouth attempts to play through at Pebble Beach.

One of the most enduring techniques for peddling cars is to associate automobiles with aircraft. It’s one thing to be observing air races from the rumble seat of a stylish roadster parked a safe distance from the competition. It’s quite another, however, for the ladyfriend of an airline pilot to welcome him home on the tarmac, having driven there in a “jet-smooth” ’62 Chevy Impala convertible (below). I’m pretty sure that even in the pre-TSA days, that wouldn’t fly. 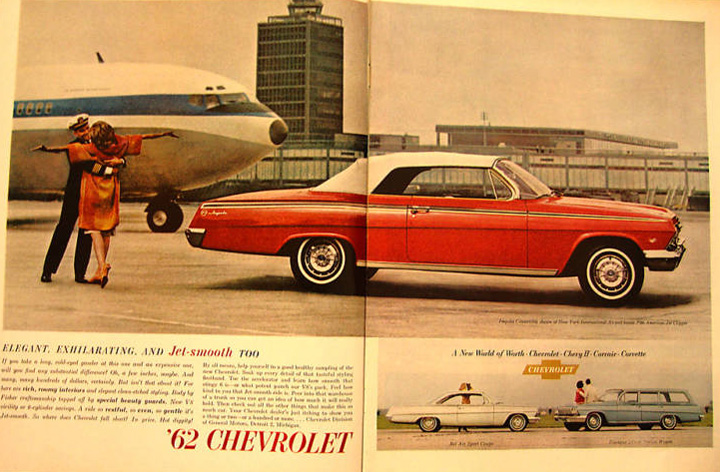 Just a hunch, but a ’62 Impala would never make it through the airport metal detector today.

And then we come to your author’s favorite trope: cars and swimming pools. This is another one that goes way back. It seems that for every perfectly logical depiction of a half-dozen Little Leaguers bursting from a station wagon at the local diamond or a bejeweled society dame being assisted from the back seat of a luxury sedan in front of the opera house there are two that inexplicably show a car parked next to a swimming pool. Make that right next to a swimming pool, mere inches from the deep end. And here’s where it gets really weird: Everybody in the water or lounging poolside (the setting is often at a dazzling resort) seems absolutely thrilled to see Floyd and Mabel and their new car. The lifeguard won’t let you run on the pool deck, but these two thought nothing of driving there.

Automakers have long felt compelled to sell the sizzle with the steak and have indulged in a fair amount of advertising fantasy. At its best, it looks tantalizingly close to a believable reality. But taking a shortcut across the 18th green to reach a parking spot next to the pool? That’s not a fantasy; that’s a hallucination. 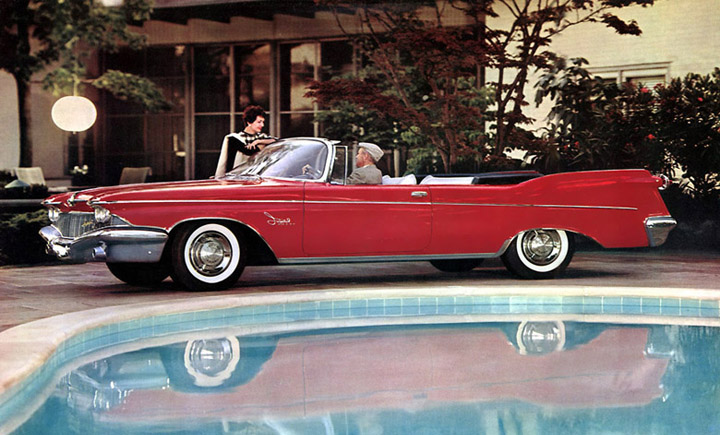 This 1960 Chrysler Imperial is so close to the pool, you can see its complete reflection. 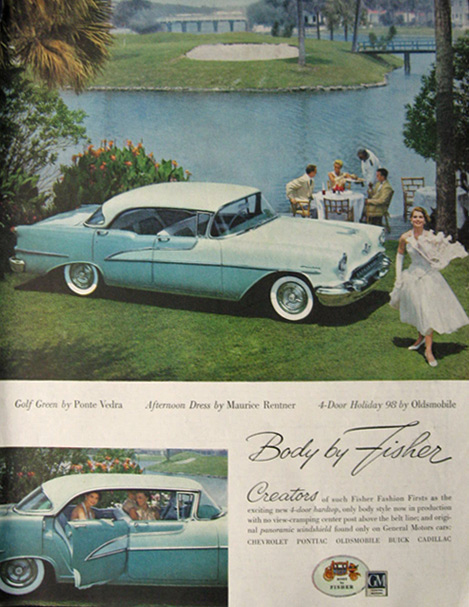 They apparently closed down this world-class golf course on a gorgeous afternoon so that these couples could drive to their table in their Oldsmobile Holiday 98. 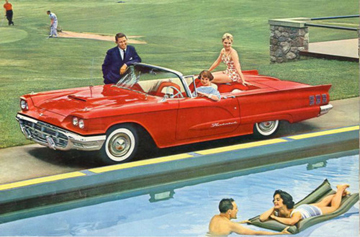 This is our favorite: a 1960 Ford Thunderbird next to a golf course AND a pool!