What Would Horstachio Drive? (And Other Xbox Characters) 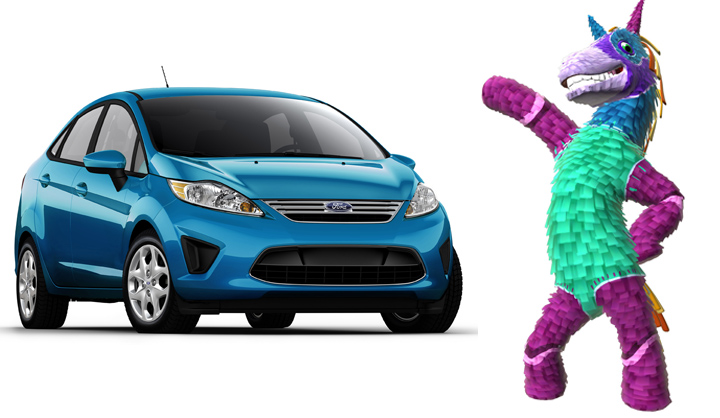 Give him the keys to the Ford Fiesta, ’cause Horstachio is ready to party!

Note: Also see Ed’s What Would Mario Drive? (And Other Nintendo Characters).

Today we shift from the eldest of the three primary video game console companies to the youngest. Microsoft entered the home console market in 2001 with the original Xbox, which had the largest footprint of any such device since the Atari 5200. Redmond’s (Microsoft’s hometown in Washington state) large black monolith sported some forward-thinking features, including a built-in hard drive and the first centralized online community, Xbox Live.

With a more advanced feature set and a year’s head start on Nintendo and Sony, the Xbox 360 became the platform of choice for the hardcore crowd. With it, both classic franchises and new, original IPs (intellectual properties) have found homes.

Let’s take a look at some of these characters and see what types of vehicles you might find in their garages.

What Would Star Trek Crewmembers Drive?

Horstachio
Horst-to-the-what now? Viva Piñata might not be the first game that comes up when you think of Xbox 360 titles, but it was surprisingly popular. In the game, you basically tend a mystical garden inhabited by colorful piñatas. It even spawned a 52-episode cartoon show. While there’s no single main character in the game, Horstachio, which looks more like a donkey than a horse, is the “face” of the franchise.

You might call “copout” on this one, but what better car for a piñata to drive than a Ford Fiesta? It’s kitchy, fun, and built in Mexico. Party time!

Master Chief
What originally started as a real-time strategy game for the Mac became a first-person shooter that helped launch the original Xbox platform. Halo was the platform’s killer app. People (yours truly included) bought a console to play it. The game’s protagonist, the otherwise unnamed Master Chief, is an icon whose green suit of armor coordinates with the Xbox’s signature color.

Master Chief is an adventurous individual who will spit in the face of an energy-sword wielding Covenant (the enemy alien race) elite. When duty calls for him to traverse alien worlds and ring-shaped super-weapons (the titular “Halo”), Master Chief pilots a Jeep-like vehicle called a Warthog. If he wants to do something similar on his own time, I envision him doing so in the Ford F-150 SVT Raptor. It’s about as close to a civilian Warthog as you’ll find in the real world, with go-anywhere capability that’s like nothing else on the road. Give Master Chief the 4-door SuperCrew model so he can bring along three of his buddies. Plus, there’s room in the bed to mount a minigun, just in case any nasty Covenant get in the way. 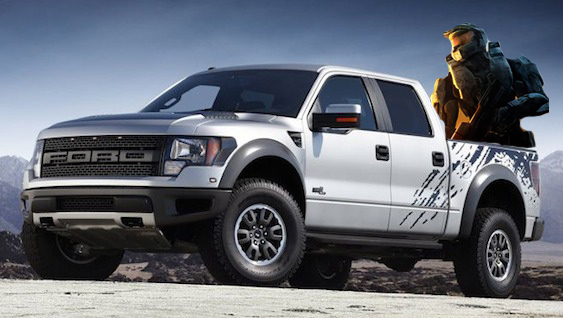 Master Chief looks to annihilate enemy Covenant from the bed of his Ford Raptor.

Dominic Santiago
Though he’s not the lead, I find “Dom” a more interesting character than Marcus Fenix, who is the main protagonist of the Gears of War trilogy. Dom is (well, was) a solider who fought alongside Fenix in the battle against the hideous Locust (the enemy alien race).

Dom was a family man, with a wife and two children. Were they habitants of planet Earth and not the war-torn, alien-infested Sera, I could see him tackling the mean streets of suburbia in a GMC Yukon Denali. It’s big and tough and has more than enough room for a space marine and his family.

Dom says the GMC Denali Yukon is built tough, yet it’s roomy and comfy for the wife and kids.

What Would Mario Drive? (And Other Nintendo Characters)