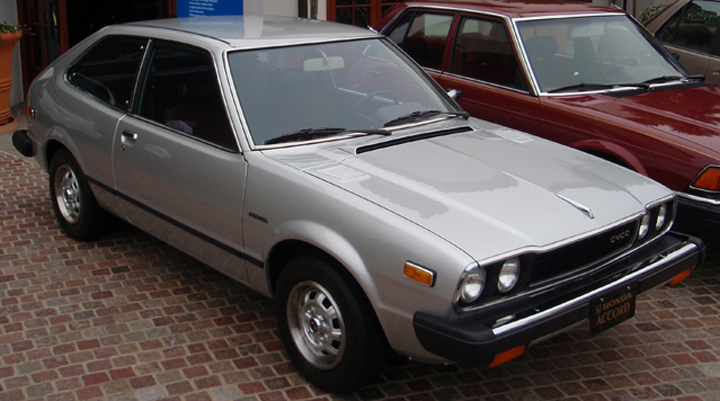 The first Accord debuted in the U.S. in May 1976 as a compact hatchback. Its wheelbase was a mere 93.7 inches; that’s 4.7 inches shorter than the 98.4-inch wheelbase of today’s subcompact Honda Fit.

The redesigned 2013 Honda Accord Sedan and Coupe are hitting dealerships nationwide right now. A new generation of a benchmark car like the Accord is always a special occasion in the automotive world, and the new ninth-generation Accord doesn’t disappoint.

Honda is also celebrating 30 years of producing the Accord in the United States; the Accord’s Marysville, Ohio plant opened in 1982. At the press introduction for the 2013 model, Honda had a nostalgic display of the previous generations of the Accord. We snapped a few quick photos, and thought it would be interesting to juxtapose the original Accord with the brand-new one. Accord, you’ve come a long way. 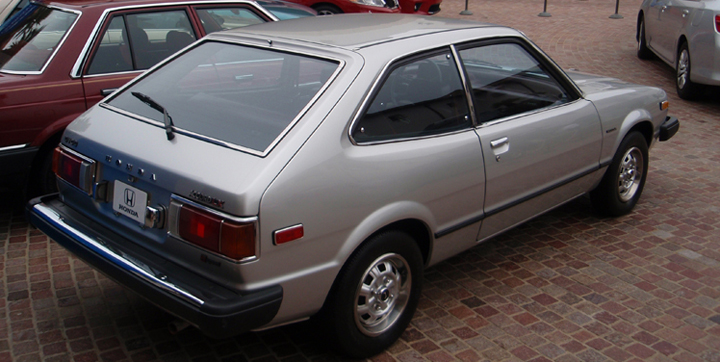 A 2-door hatchback was the only Accord body style at the start. A 4-door sedan joined the U.S. lineup for 1979. 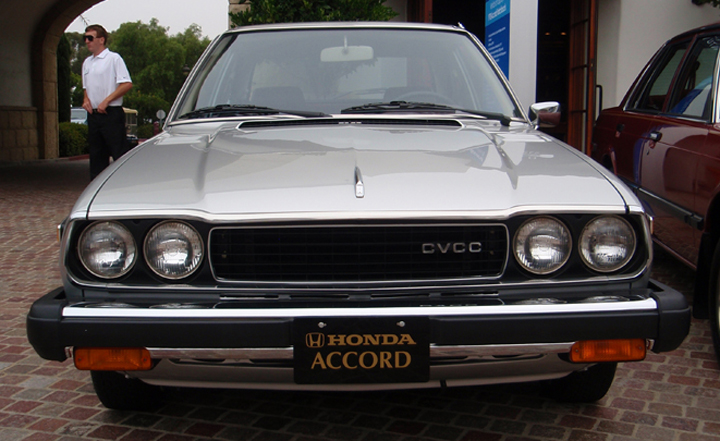 The CVCC grille badge stood for Compound Vortex Controlled Combustion, which was Honda’s brand name for its emissions-control technology of the time. The first Accord’s 1.6-liter 4-cylinder engine produced 68 horsepower.

Accord lost its hatchback body style in 1990, but Honda still offers a coupe version for 2013 (it’s set to go on sale in October). Aimed at younger buyers, the coupe has a sportier character than its sedan sibling. 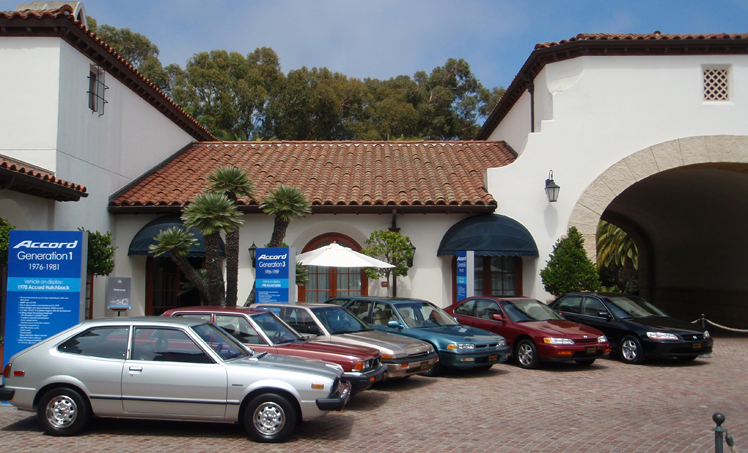 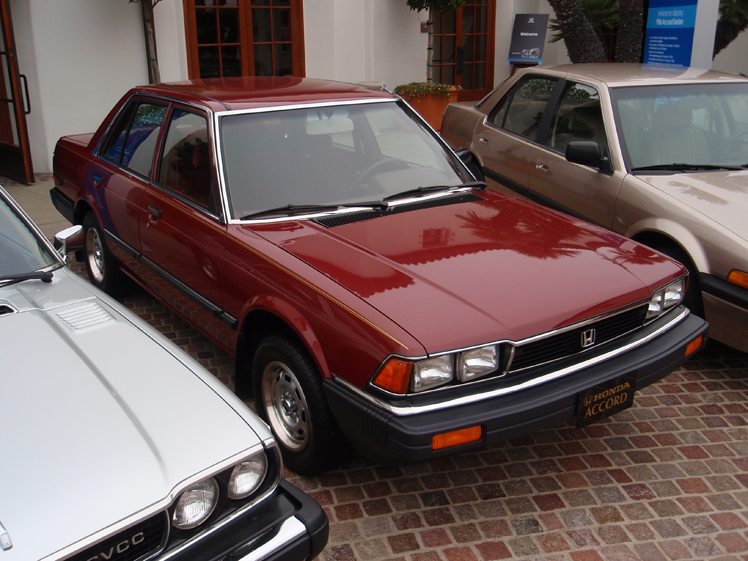 The 1982 Honda Accord was the first to be built in the United States.