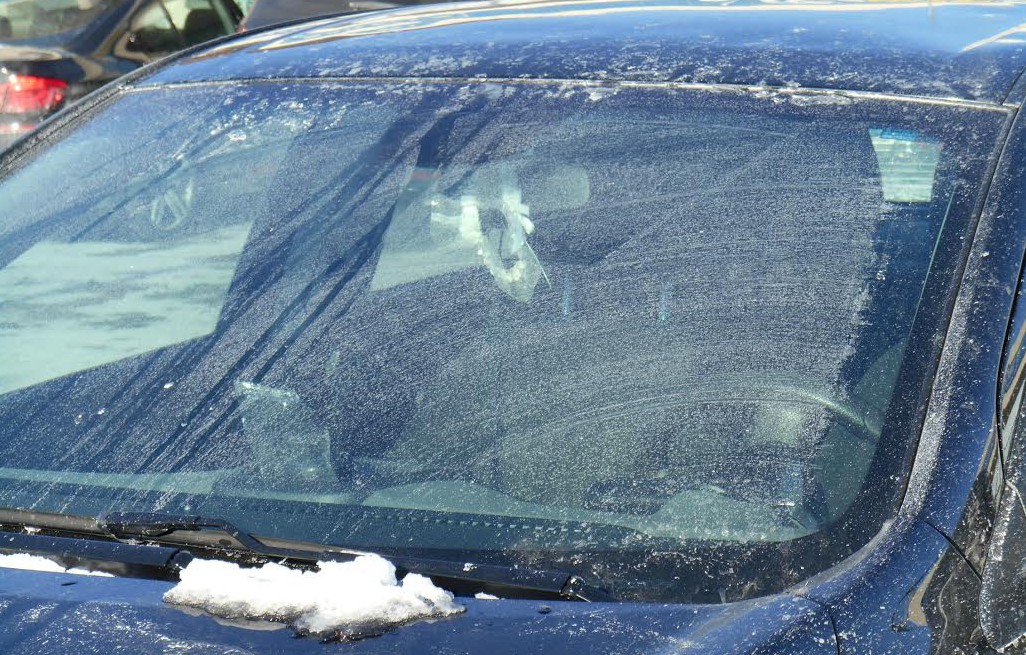 Up here in Chicago, the frigid temps have caused many to suffer from frozen washers of late. This, combined with all the snow we’ve gotten — and the road salt to combat it — can lead to some dangerous driving.

Actually, the following is just a theory. But it’s based on information that at least makes it feasible.

In my garage are two ancient bottles of washer fluid – both rated to -20 degrees F – that were decidedly slushy this morning. Yet the thermometer in the test car parked nearby read + 7 F. 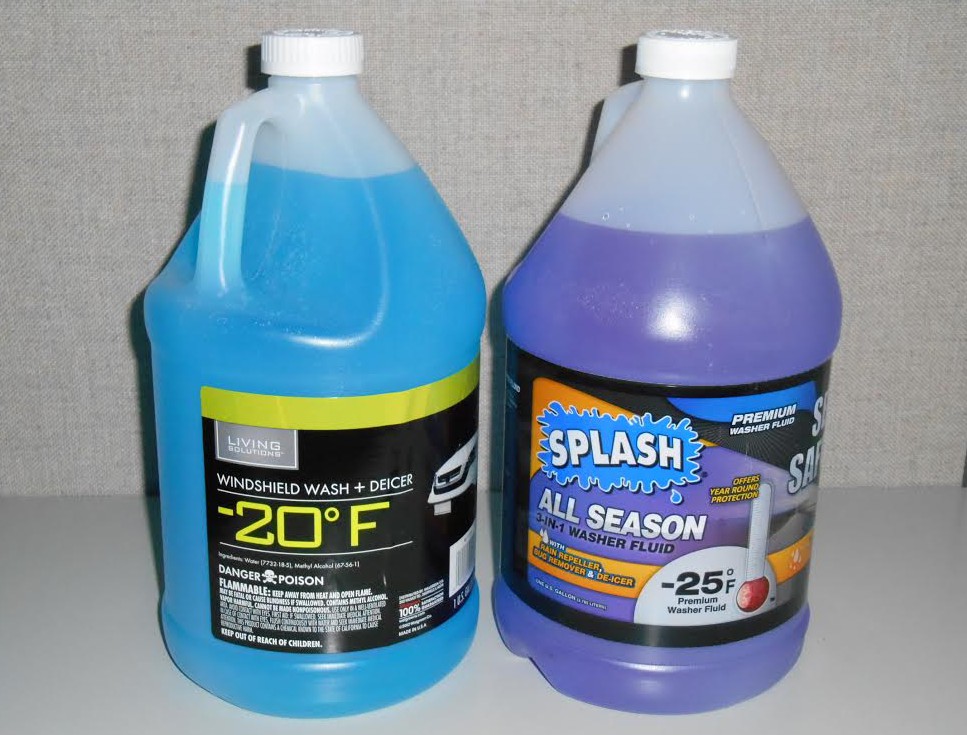 Most common up here is washer fluid good to -20 F, but you can find some good to -25. You can also find “summer” fluid good only to freezing, but that can be a problem if it’s still in your reservoir when winter hits. At the time I bought these two — just after a lot of snow and a severe cold snap — both Wal-Mart and Pep Boys were completely sold out.

What made me check this is that several folks I know have complained that their washer fluid – rated to -20 F – froze in Chicago’s recent cold snap. And while it was decidedly frigid here, it certainly never got to 20 below. So I started doing some research.

Since straight water freezes at 32 degrees F, something has to be added to winter washer fluid to lower the freezing point. That “something” is commonly methanol, a poisonous alcohol made from wood.

According to info I found through a Google search, straight methanol freezes at about -145 F. However, when mixed with water, that quickly rises; a mix that freezes at -20 F would be about 33% methanol.

But the question is, why would that be slushy at +7 F?

For some insight, I contacted my friend, “Chemical Bob,” a retired chemical engineer. (Because discussing all my “Bob” friends can be confusing, I refer to them by their occupations: Chemical Bob, Digital Bob, and Mechanical Bob.) Bob theorized that the methanol in the mix may have evaporated over time (both bottles had been opened and were sitting in the garage for at least a decade), and that’s why the mix froze. Further research made this look like a feasible theory.

Seems that the 33% mix that freezes at -20 F also vaporizes at about 90 degrees F, a temperature my garage can easily get to in the summer – and more to the point of this discussion, a temperature that could easily be reached under the hood of a car. So it seems possible that washer fluid that has been in your car for a while has lost methanol due to evaporation—thus lowering its freezing point.

What to do about it? Well, putting in new washer fluid rated to the lowest temperature you can find is probably the easiest solution. (Around here, commonly -20 but some goes to -35.) However, if there’s some of the old fluid left in the reservoir, that’s going to dilute the new fluid. So it’s probably a good idea to spray most of the old fluid out before adding the new stuff. And then spray some more so that you clear the old fluid out of the lines and nozzles, or the new stuff will never get to the windshield. 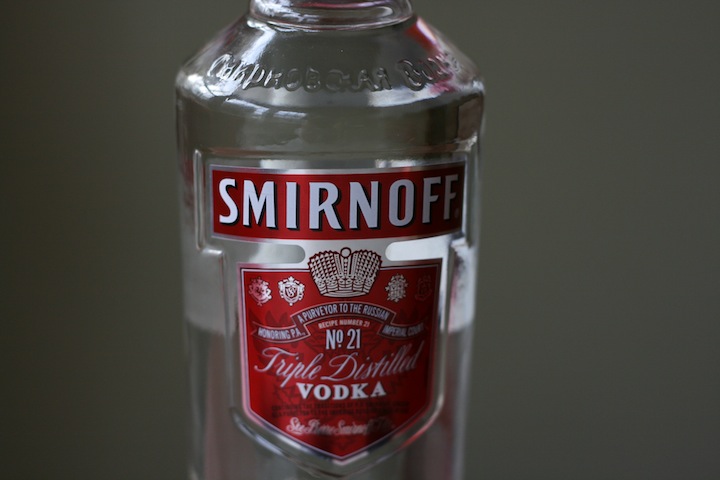 There are also suggestions on the internet that you could add methanol or isopropyl (rubbing) alcohol to the current mix, but there might be some potential problems. HEET-brand gas-line antifreeze (and probably others) are mostly methanol, so you could pour in some of that. But there’s some concern that if you get it too strong, it may harm the car’s paint. Or you could use isopropyl alcohol, but besides a similar concern over damaging the paint, you’d need to use the stronger 91% mixture, as the more common 60% mix freezes at only about -10 F. In both cases, this would probably be more expensive than just buying new fluid.

If the washers are already frozen, you can drive to where there’s an electric outlet and use a hair dryer to thaw the nozzles, lines, and tank until you can get fluid to squirt out. Then add the new fluid and squirt some more to clear the lines.

As I said up front, this is just a theory. If you have your own – or any other suggestions – we’d love to hear them. Because here in Chicago, at least, it’s destined to be a very cold winter. 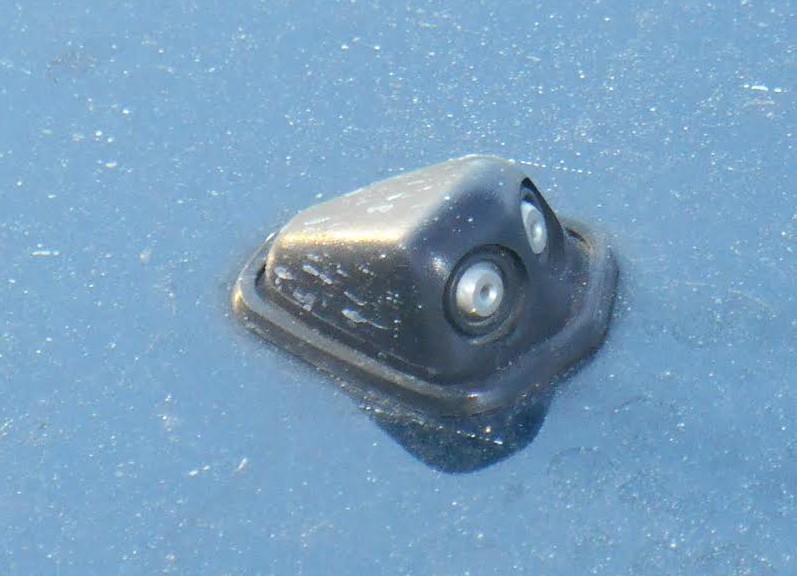 What likely freezes first are the tiny washer jets and the fluid lines going to them rather than the big reservoir that sits in the warm engine compartment. So if your washers don’t work, first check to see if you’re out of fluid, but if not, don’t think that just because the tank isn’t frozen that the jets aren’t, either. It’s cold sitting up there on that hood. If you can get near an electric outlet, a hair dryer can be used to defrost them.