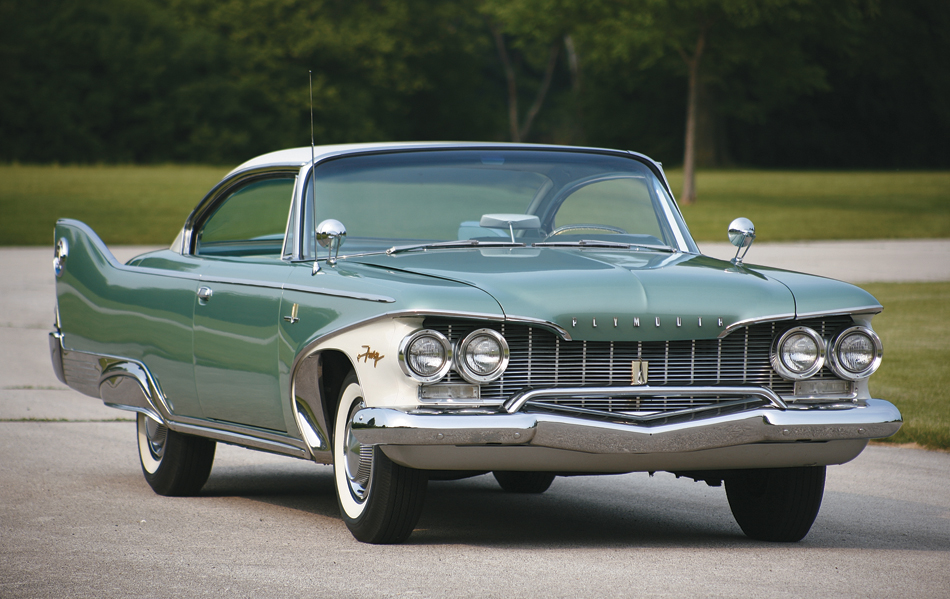 Three years earlier, advertising for Plymouth proclaimed “Suddenly, it’s 1960.” With its low beltline, soaring tailfins, and large expanse of glass, the ’57 Plymouth did look futuristic. The rest of Detroit scrambled to catch up with the “Forward Look” promulgated by Exner, Chrysler’s vice president for styling. It was during these heady times that the 1960 Plymouth was styled. 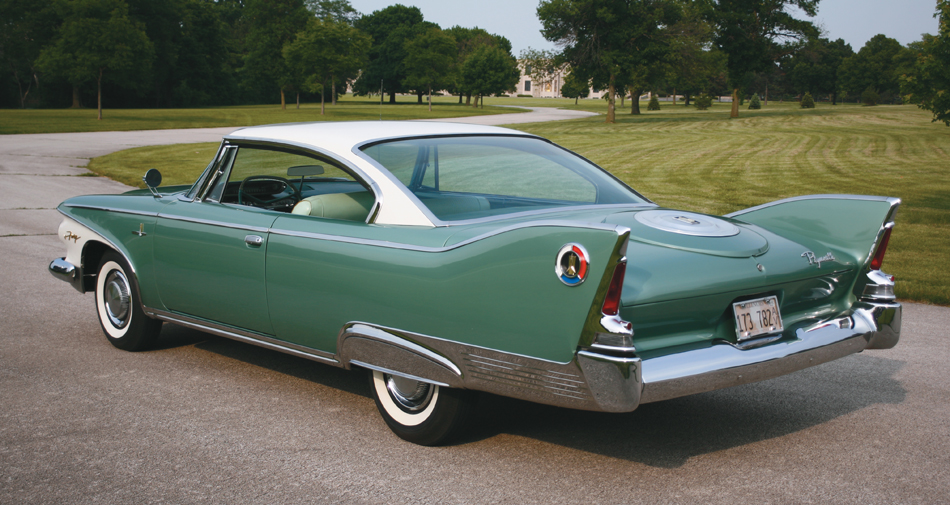 However, taste changed direction abruptly, and by 1960 tailfins were on the way out. The public wanted cleaner, trimmer cars. The 1960 Plymouths were out of step with the times and sales plummeted.

That was too bad, because Plymouth had a lot going for it. Unibody construction was new that year and resulted in a more rigid, squeak-free body. To combat Chrysler Corporation cars’ reputation for premature rust, a seven-step rustproofing procedure was adopted. Torsion-bar front suspension was retained and Plymouth handling was superior to its Chevrolet and Ford competition. Motor Trend said, “The Plymouth, one of the best handling cars we tested in 1959, is even better this year.” Engines ranged from a new ohv Slant Six with 145 bhp to a 383-cid “SonoRamic” V-8 developing 330 horsepower. 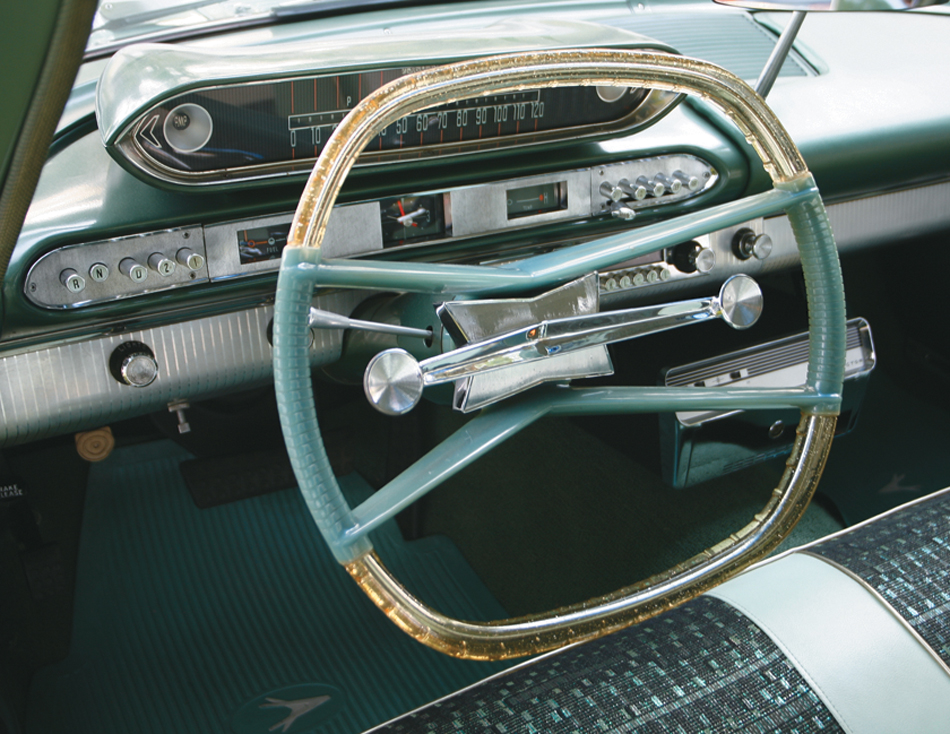 Our featured car is equipped with the year’s second most powerful V-8, the 361-cid “Golden Commando” of 305 bhp. Mechanix Illustrated’s Tom McCahill reported, “A Plymouth equipped with 361 Golden Commando will run the ears off anything in its class as it comes from the showroom.” McCahill recorded a 0-60-mph time of 8.2 seconds. He went on to say, “The Plymouth is my choice as the Top Buy in the low-priced field.” 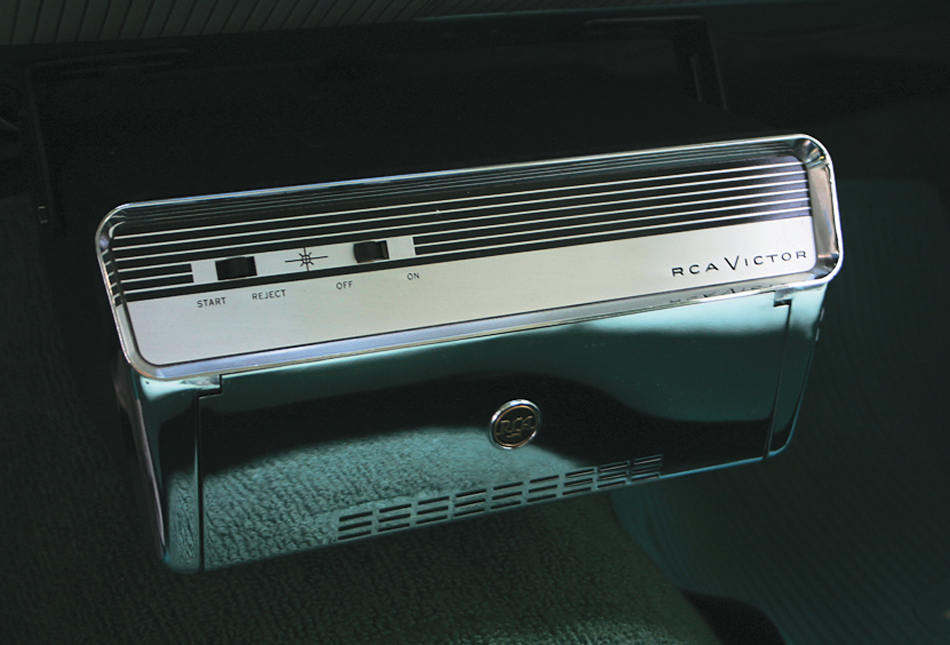 Frank Troost, owner of the ’60 Plymouth shown here, is inclined to agree. “The Fury preforms faultlessly. It rides OK—like a Ford or Chevy of the era. But it outhandles Ford and Chevy,” he says.

The car’s ownership history starts in Sandpoint, Idaho, where the local Plymouth dealer typically gave his wife a new car every year. She liked this ’60 Fury two-door hardtop so much that she kept it for 40 years. As such, it was a solid car on which to begin a restoration. It has been repainted and rechromed, and the carpeting was replaced, but seat covers preserved the original upholstery. Perhaps not surprisingly then, it was named “Best Plymouth” at a Walter P. Chrysler Club national meet. 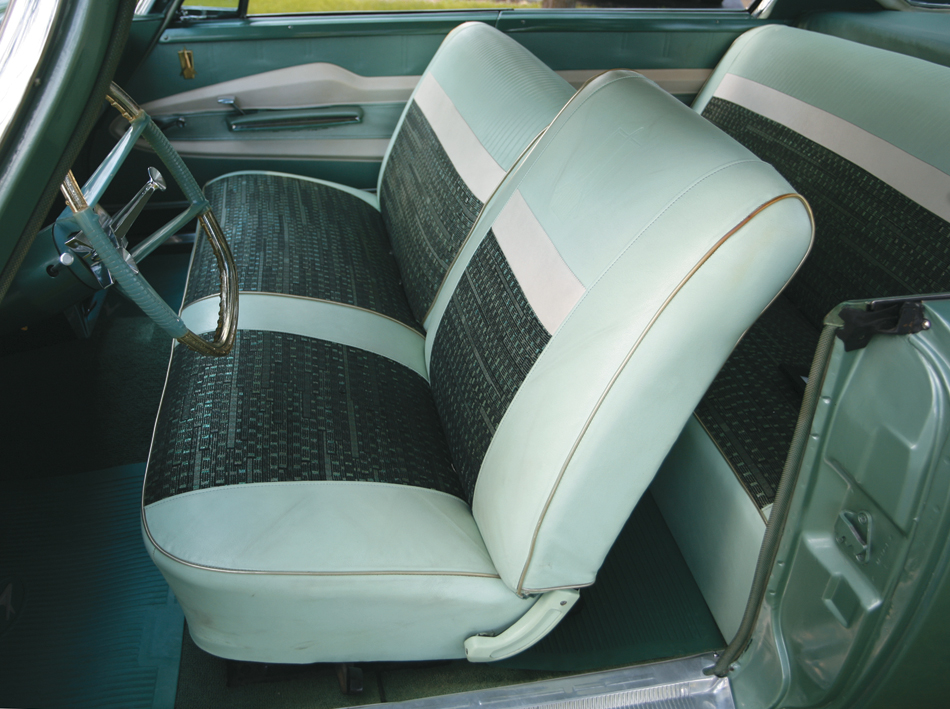 Among the options on the car are a record player and a rectangular steering wheel. Troost, of Oak Brook, Illinois, says the record player worked the one time he used it. The unusual steering wheel makes it easier to slide in and out, as well as giving a better view of the instruments, he explains, adding that he doesn’t notice the wheel’s odd shape while driving. Other options are fender skirts, large “Sky-Hi” rear window, and the “Sport Deck”—a simulated spare-wheel impression on the trunklid. “Command Seat,” with a raised seatback for the driver to provide extra back and shoulder support, was standard on Furys. 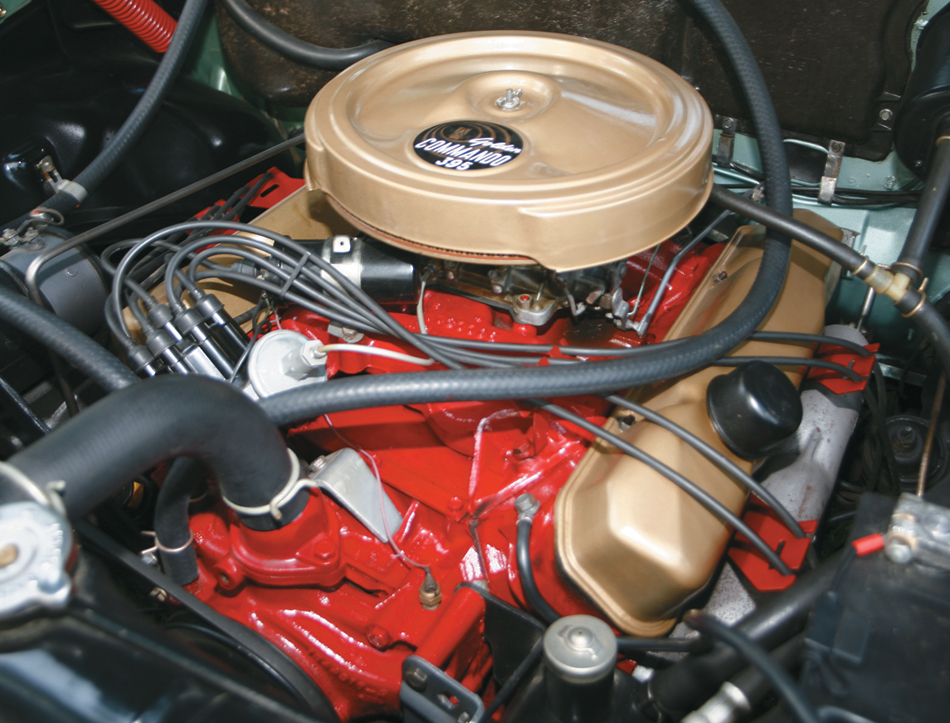 Troost says he likes to have a car that attracts attention, a car that is often the only one of its kind that someone has seen. His green Plymouth fits the bill.