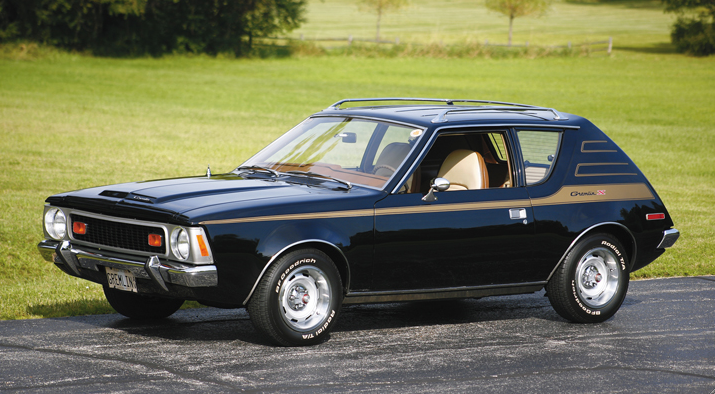 Literally a shortened AMC Hornet, the Gremlin debuted for the 1970 model year.

Note: This article is reprinted from the February 2015 issue of Collectible Automobile

American Motors positioned itself as the nation’s small-car leader. AMC knew it couldn’t compete head to head in every segment with the Big Three, but money could be made in the compact field, where they typically showed little interest. In the late Sixties, AMC learned that both General Motors and Ford were planning to bring out subcompact import-fighters for 1971. American Motors needed to defend its turf.

AMC was more cash strapped than usual with the development costs for the compact Hornet and the impending purchase of Kaiser Jeep. The solution came not from the engineering department, but from styling. Styling chief Dick Teague was used to operating on tight budgets. He learned the trick of creating new looks for old body shells during the final years of Packard. Now Teague urged building a shortened version of the Hornet. 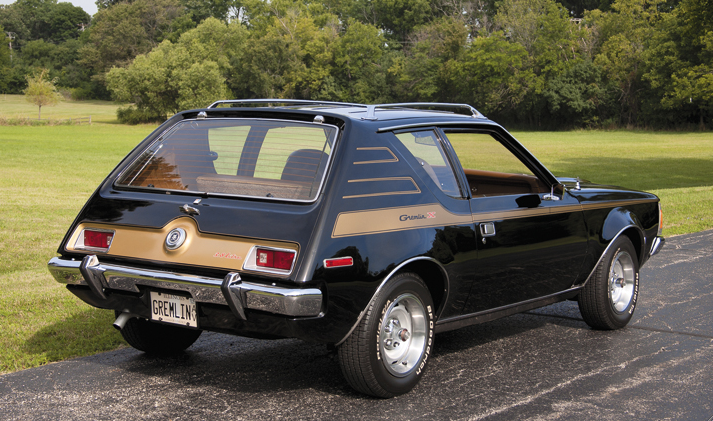 The Gremlin was a full 18-inches shorter overall than the Hornet on which it was based.

The Hornet then in development had AMC’s most up-to-date engineering. By lopping off 18 inches from the rear, the compact Hornet became the subcompact Gremlin, and AMC had a new model for very little investment.

The front half of the car was very much a Hornet. The difference was in the back. The rear looked as if it had been guillotined, and that was its appeal. Love it or hate it, the Gremlin got attention. The chopped rear end was also practical. It provided good cargo room, and the large hatch window was a convenience rarely seen in America at the time. 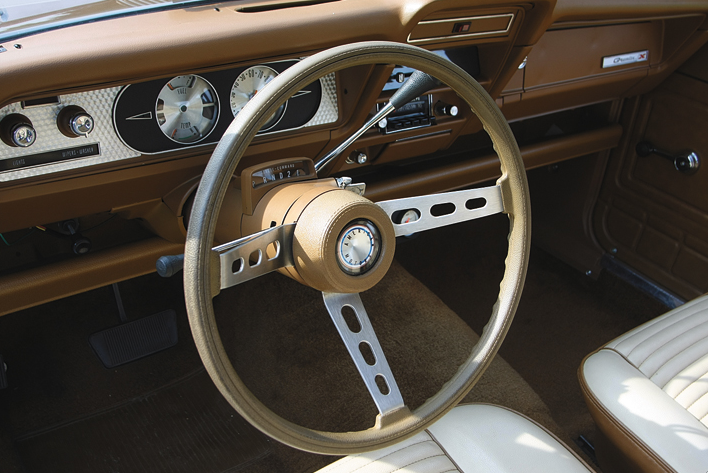 Inside the car there was also a marked difference between front and rear. The front seat retained its Hornet dimensions, and was wide and roomy for a subcompact. However, back-seat passengers knew where those 18 inches of length were cut. Car and Driver said “rear legroom is tighter than Nixon’s fiscal policy.”

Beneath the sheetmetal, engineering shortened the Hornet’s wheelbase from 108 inches to 96. Tried-and-true AMC sixes provided the power (though a V-8 and a four would be added in later years). Fuel economy was in the 20-25 mpg range—not an import beater, but quite good for a domestic. 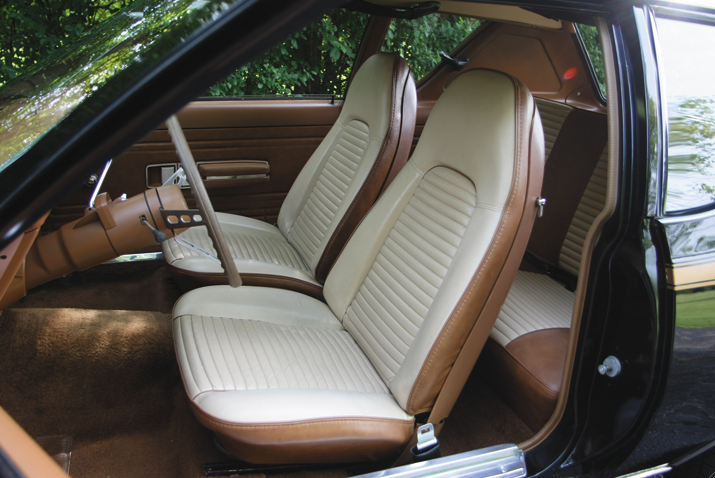 Front-seat occupants enjoyed the same space as would a Hornet passenger; those banished to the rear seat were less fortunate.

The Gremlin debuted on April Fool’s Day, 1970—beating the Chevrolet Vega and Ford Pinto to market by half a year. Prices started at $1879 for a Gremlin without a back seat.

Our featured car is a 1972 Gremlin owned by Sue Brown of Algonquin, Illinois. It has the X package that includes body stripes, slotted steel wheels, an upgraded interior with carpeting and vinyl bucket seats, and sport steering wheel. The black paint is a rare optional color. Power is from a 232-cid (3.8-liter) six with 135 bhp. The transmission is an optional Chrysler-built Torque-Command three-speed automatic. 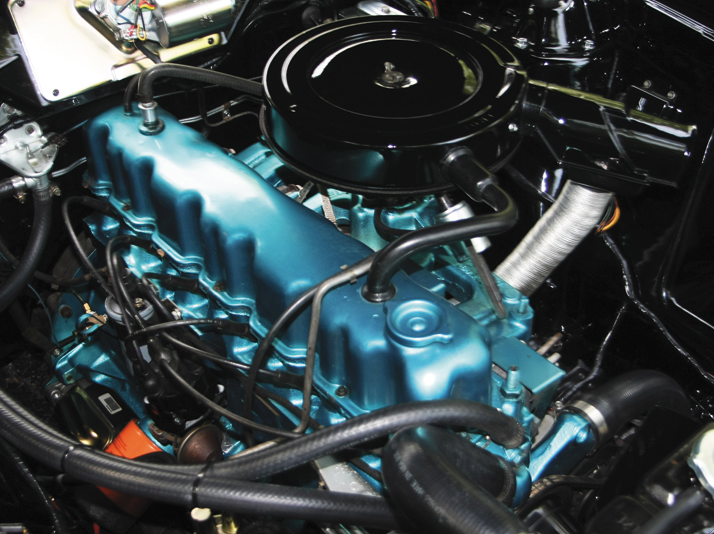 Brown and her husband, Scott, had wanted a Gremlin X when they found this one as part of an estate sale—with only 27,000 original miles. The first owner changed the oil in the Eighties and then the Gremlin sat in storage. While the paint and interior are original, the engine required a new head gasket and a rebuild of the single-barrel carburetor.

Sue Brown says the Gremlin is “faithful as can be and always starts right up,” and idles so quietly that bystanders don’t know it’s running. She adds, “It’s a good little car that’s fun to drive and keeps up with traffic.”