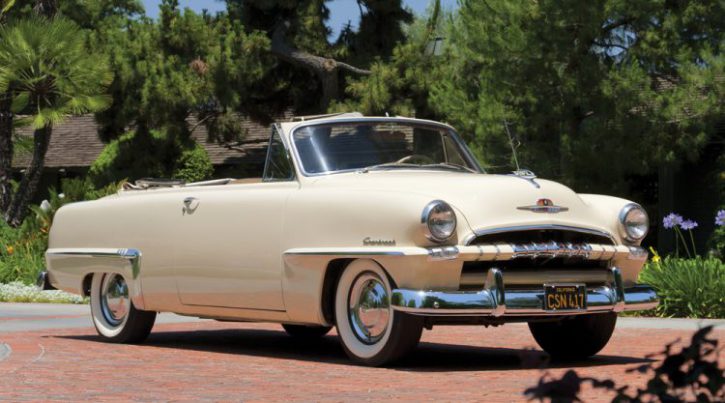 In 1953, the U.S. economy was robust. Bestowed with fresh styling, Plymouth set a record with almost 650,000 cars built while retaining its number-three sales position behind Chevrolet and Ford—as it had since 1931. Nineteen fifty-three was also Plymouth’s 25th anniversary, but it chose not to celebrate. Perhaps with Ford and Buick celebrating golden anniversaries that year, Plymouth felt like an upstart.

The restyled Plymouth was smoother, rounder, and sported its first one-piece curved windshield. All Plymouths rode on a 114-inch wheelbase. At a time when the competition was getting bigger, Plymouth’s overall length actually shrank an inch. However, Chrysler Corporation management was more concerned with function than form. Interior room—head room in particular—counted for more than a sleek silhouette. Although lower than the previous year’s car, the new Plymouth was still tall and upright compared to the competition. 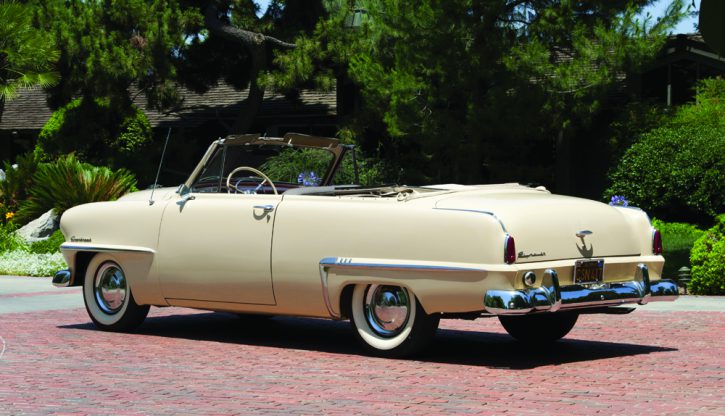 Ride was a functional concern, too, and Chrysler Engineering made sure that Plymouth’s suspension was the best of the “low-priced three.” The engine was a dependable 217.8-cid L-head six that dated back to 1942. With only 100 hp, Plymouths were less powerful than Fords or Chevys, but they were also lighter, so performance was comparable. Plymouth was the only make of the three that didn’t offer an automatic transmission option but at midyear a semiautomatic was added. Dubbed Hy-Drive, it replaced the flywheel with a torque converter and eliminated much (but not all) of the need for shifting and clutch work. 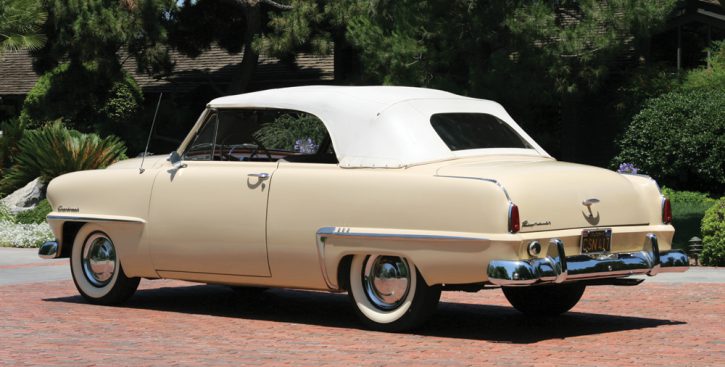 Plymouths came in two trim levels: base Cambridge and better-equipped Cranbrook. The $2220 convertible was the most expensive model, and was naturally part of the Cranbrook series. The convertible and all other two-door models had a new “E Z Exit” front seat with the seatback divided in a one-third/two-thirds split. This allowed a front passenger to slide over to the center of the seat while the outer third of the seatback was folded forward to allow rear passengers to get in or out. 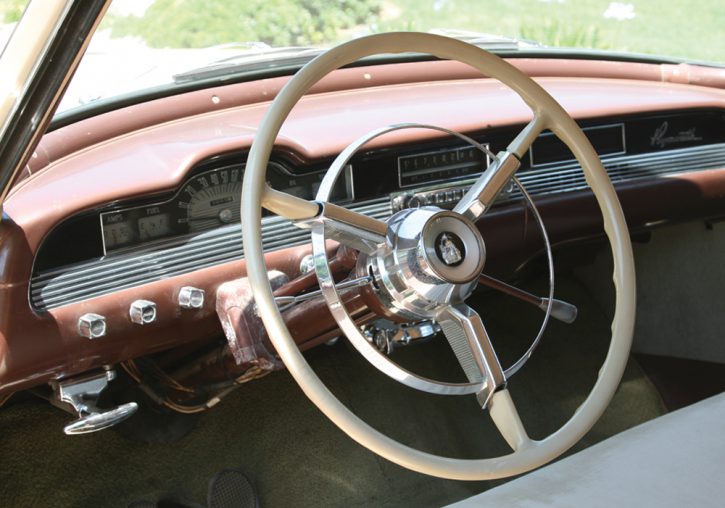 After the record sales of ’53, Plymouth production for 1954 fell to fewer than 463,000 cars, slipping to fifth place behind surprise third-place claimant Buick and fourth-place Oldsmobile. A concerted sales battle between Ford and General Motors, along with Plymouth’s “practical” styling, worked against Chrysler’s high-volume brand. But Plymouth fought back. By ’55, it had fresh Virgil Exner “Forward Look” styling, available V-8 power, and a PowerFlite automatic transmission. Sales topped 700,000 that year. Two years later, Plymouth reclaimed third place. 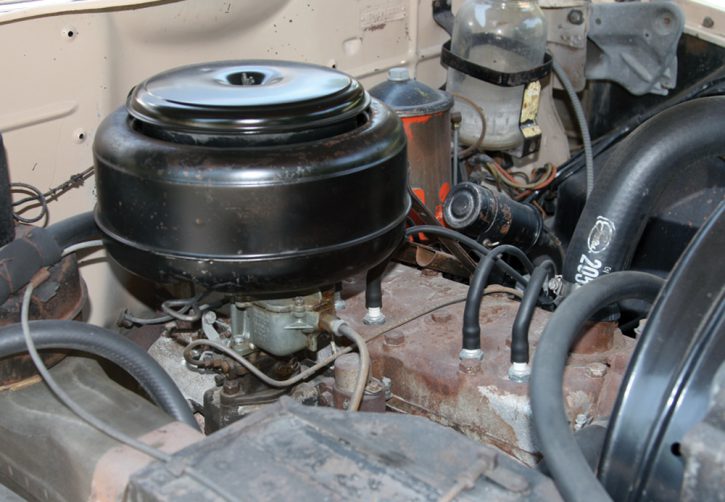 It’s hard to believe that the handsome Plymouth convertible featured here wasn’t considered a style leader in 1953. Owned by Gary McIntosh of Visalia, California, it is one of only 6301 Cranbrook soft tops built that year. McIntosh is sure that previous owners must have kept the car inside because it was in very good condition when he got it. A California car, the underside is rust free, thanks to the dry climate. The upholstery under the seat covers is original. The engine and three-speed transmission are also original. The car did require new paint and chrome plating.

McIntosh doesn’t take his convertible to shows because he likes “to enjoy his cars.” He says the Plymouth “drives great. The components are in good shape.”