Buick’s 1963 Riviera is widely considered to be one of the most beautiful cars ever produced by any auto manufacturer. This svelte personal-luxury hardtop coupe artfully blended American and British style, and it changed the Buick brand’s somewhat stodgy image almost overnight. General Motors styling chief William L. Mitchell freely admitted to borrowing some of the ’63 Riviera’s key design elements. Its razor-edge roof styling, for instance, was inspired by certain 1950s English custom bodywork.

Interestingly, the 1963 Riviera wasn’t originally conceived as a Buick. It was initially proposed as a revival of the LaSalle name for Cadillac (LaSalle was Cadillac’s lower-priced nameplate, and it ran from 1927-40). However, among other logistical reasons, Buick sales needed a boost at the time, so the Riviera it became.

That little “what-if” element of the ’63 Riviera’s origin story got me thinking… what would the Riviera have looked like if AMC, Chrysler, Studebaker, or Ford had designed it based on one of their “off the shelf” bodies?  Here’s what I think those automakers might have done: 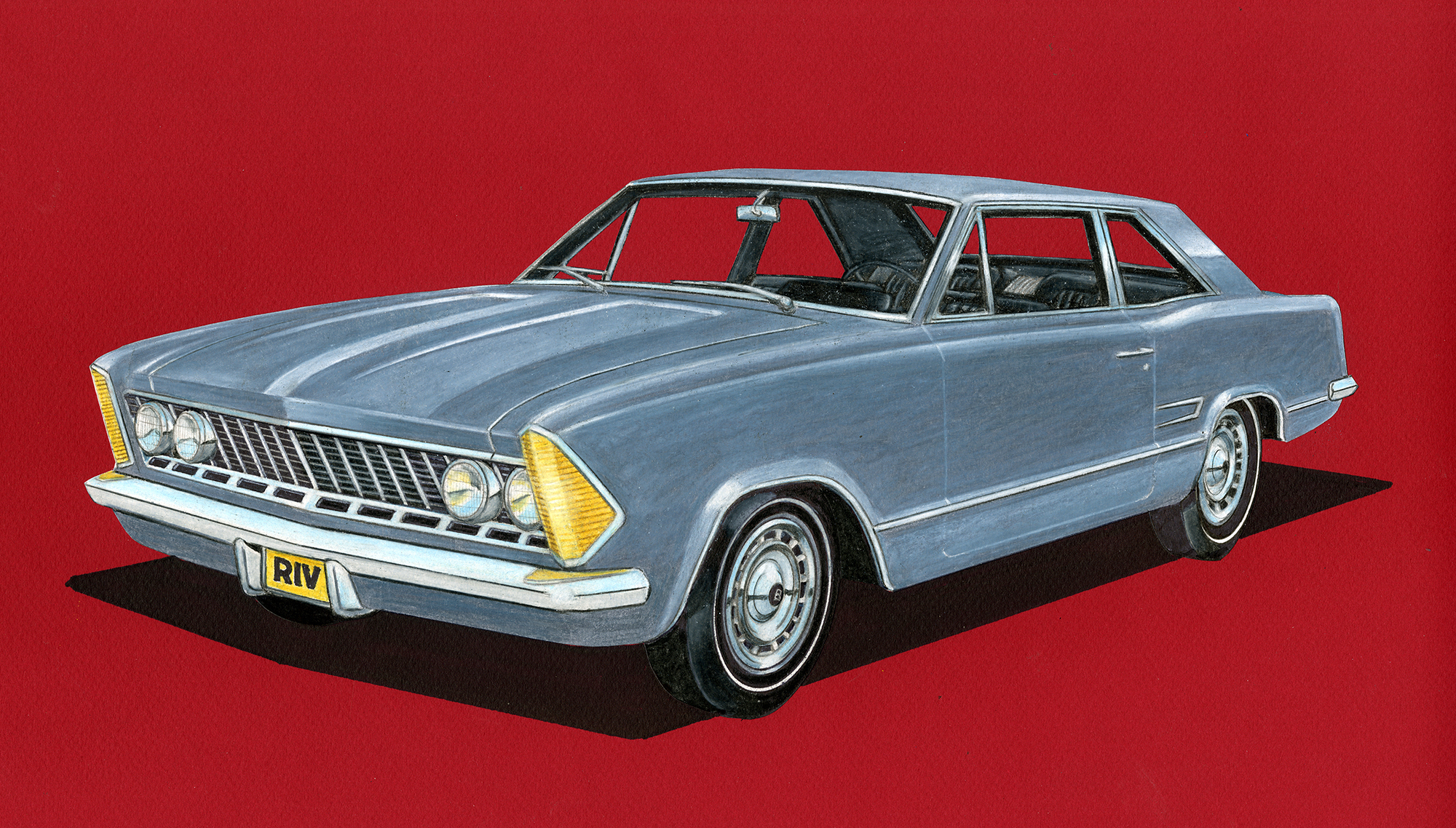 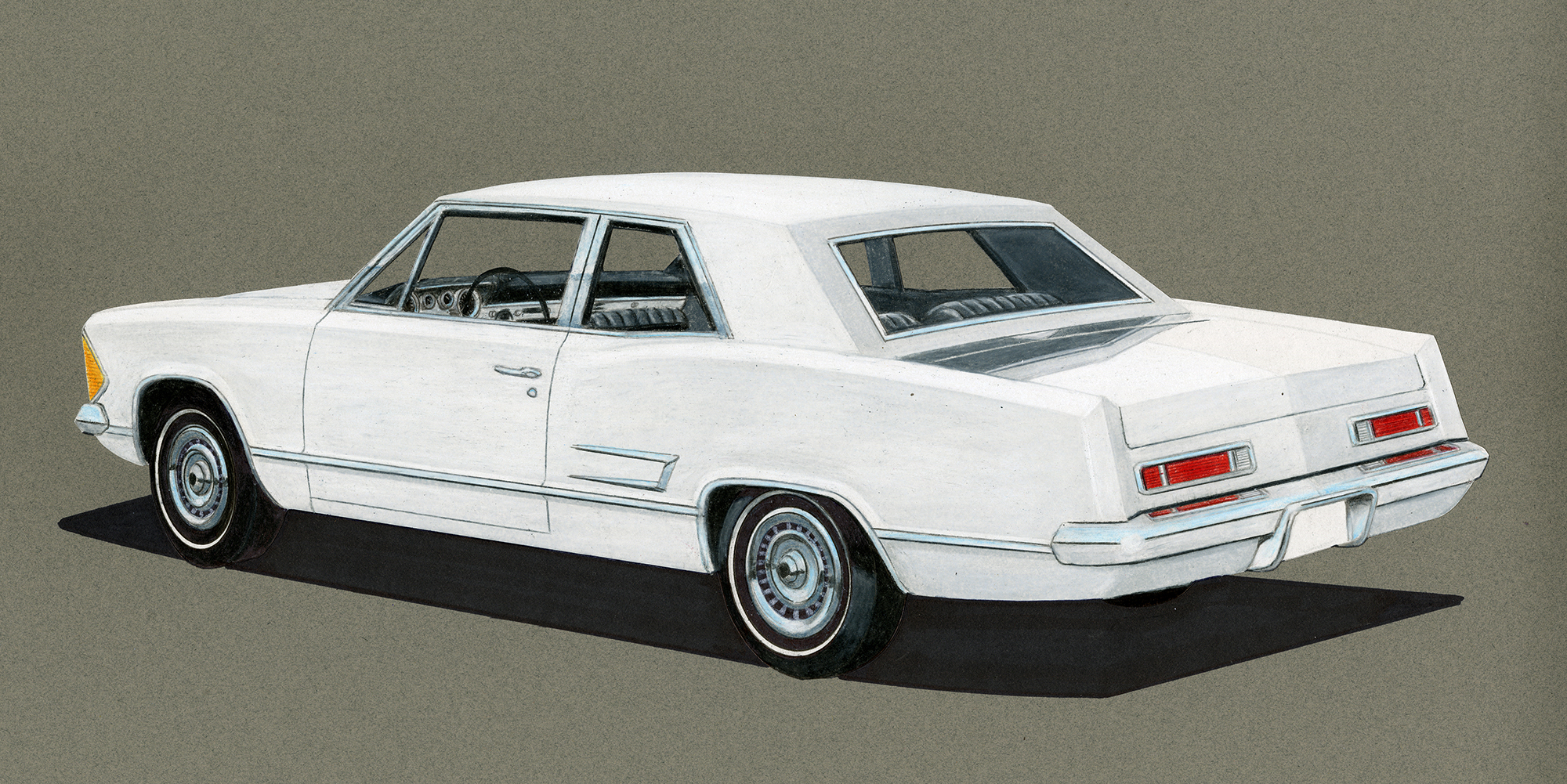 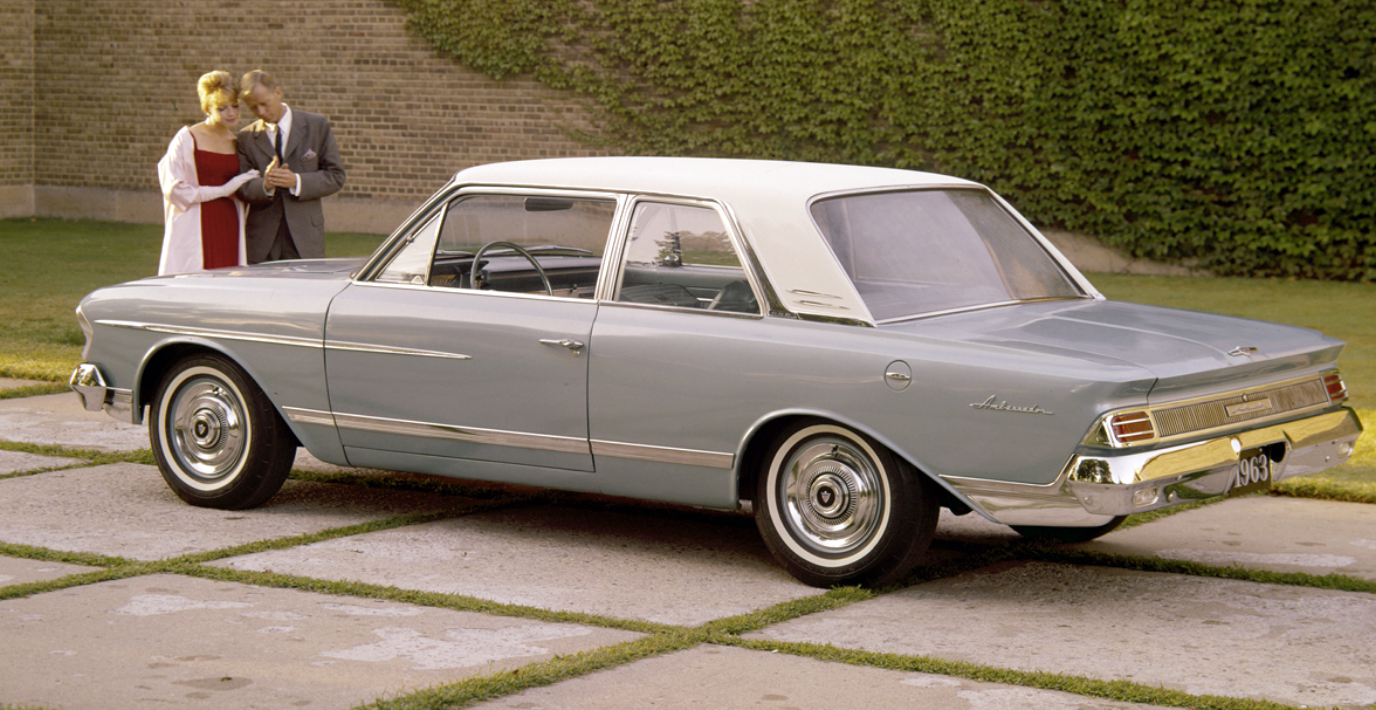 I based this one on American Motors’ all-new-for-1963 Ambassador/Classic two-door sedan. The first job would be to chop the top about two inches and bend the A-pillars back to make the angle of the windshield a bit steeper. 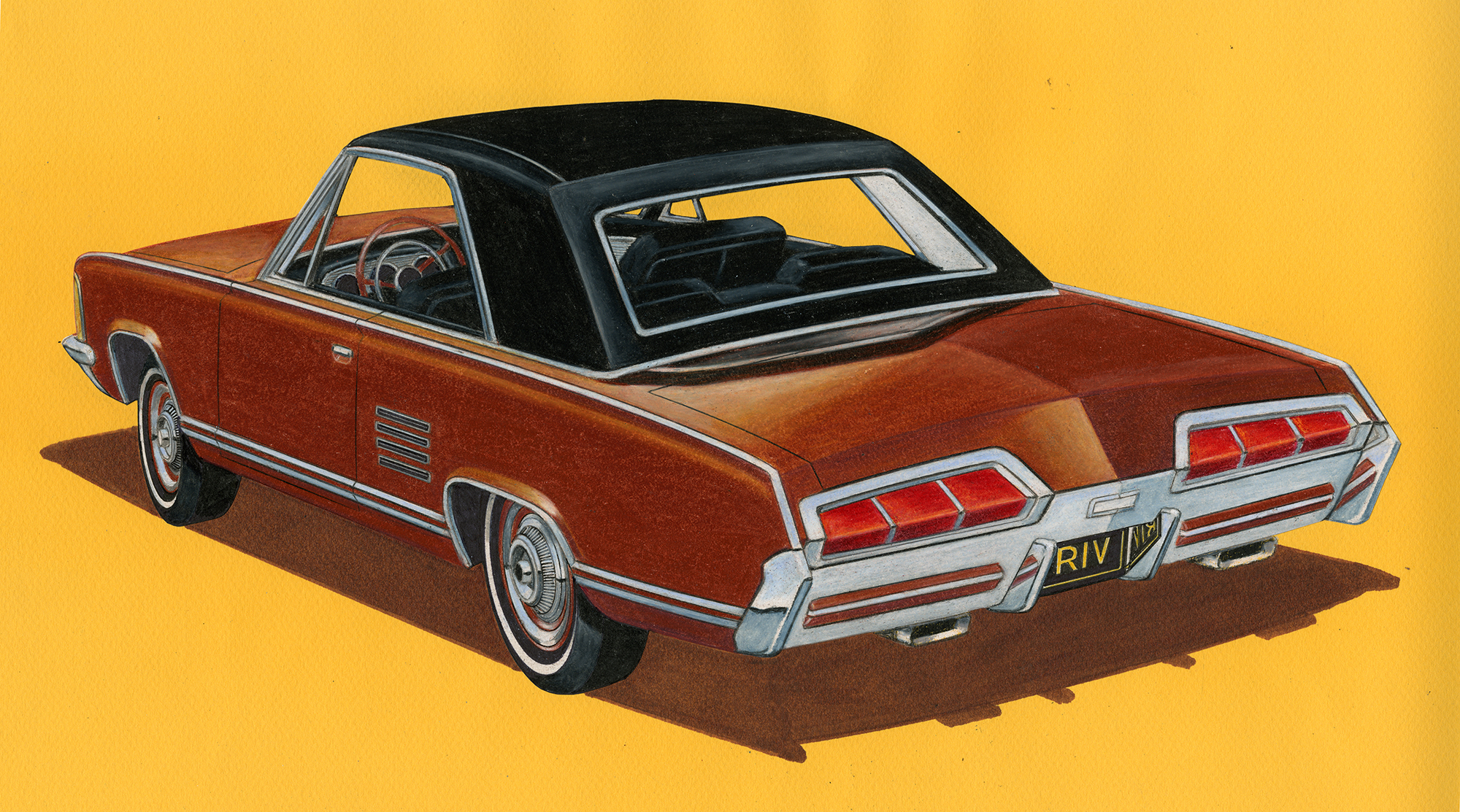 How about a gas-turbine-powered Riviera? I started with Chrysler’s experimental Turbine Car for this rendition (Chrysler had 50 examples built and loaned them to Americans across the country for customer evaluation during 1963). I retained most of the Turbine’s sheet metal and design cues except for the front clip and the tail. 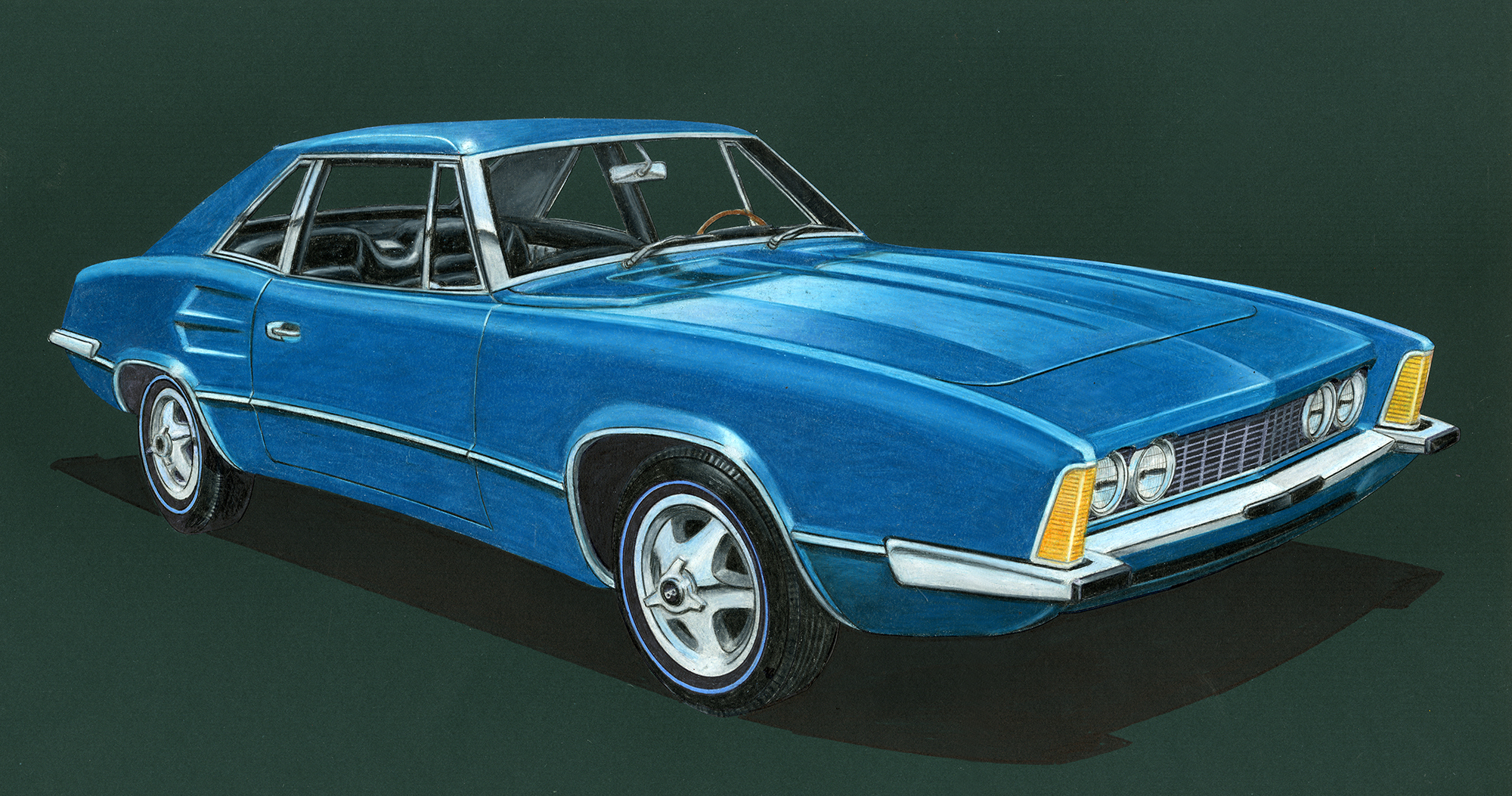 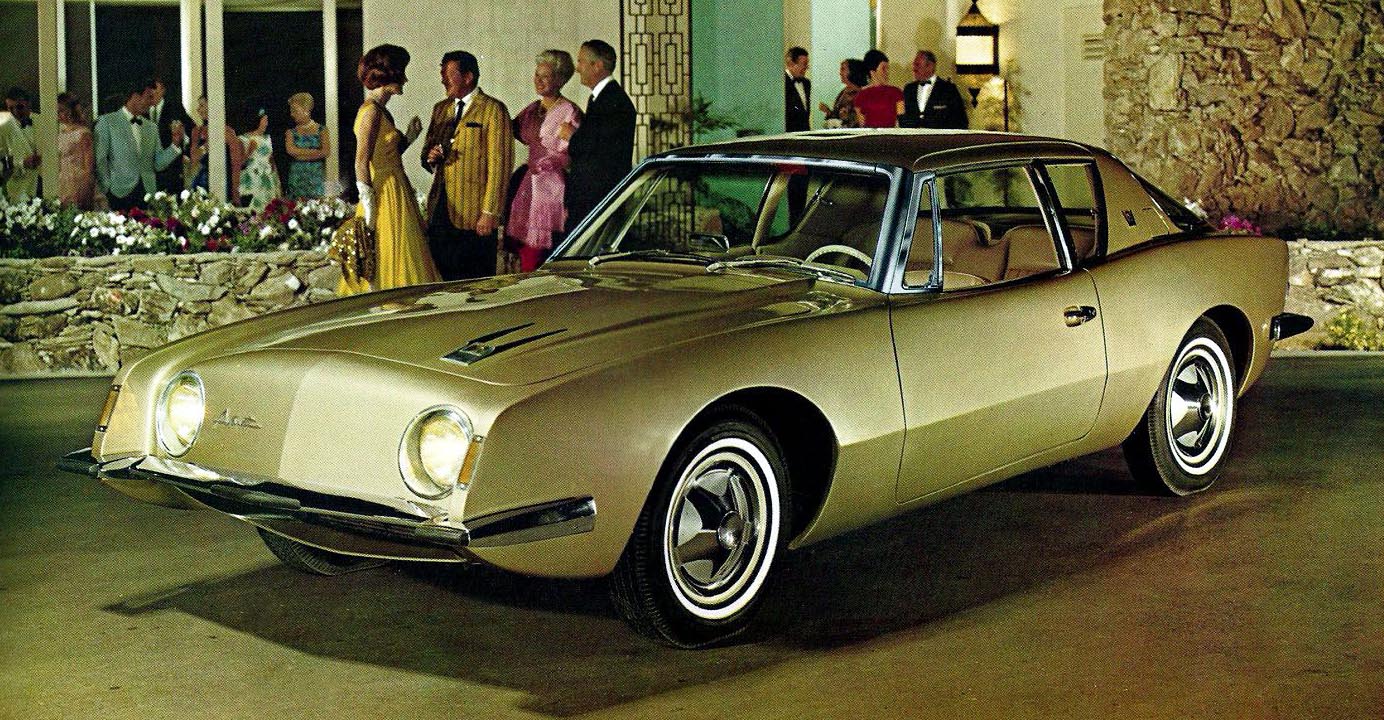 The obvious body to begin with at Studebaker would be the flashy Avanti coupe (which also debuted for 1963), but it wouldn’t be easy to blend the wild Avanti shapes with the classic Riviera’s design. This is my take on what the result would be. 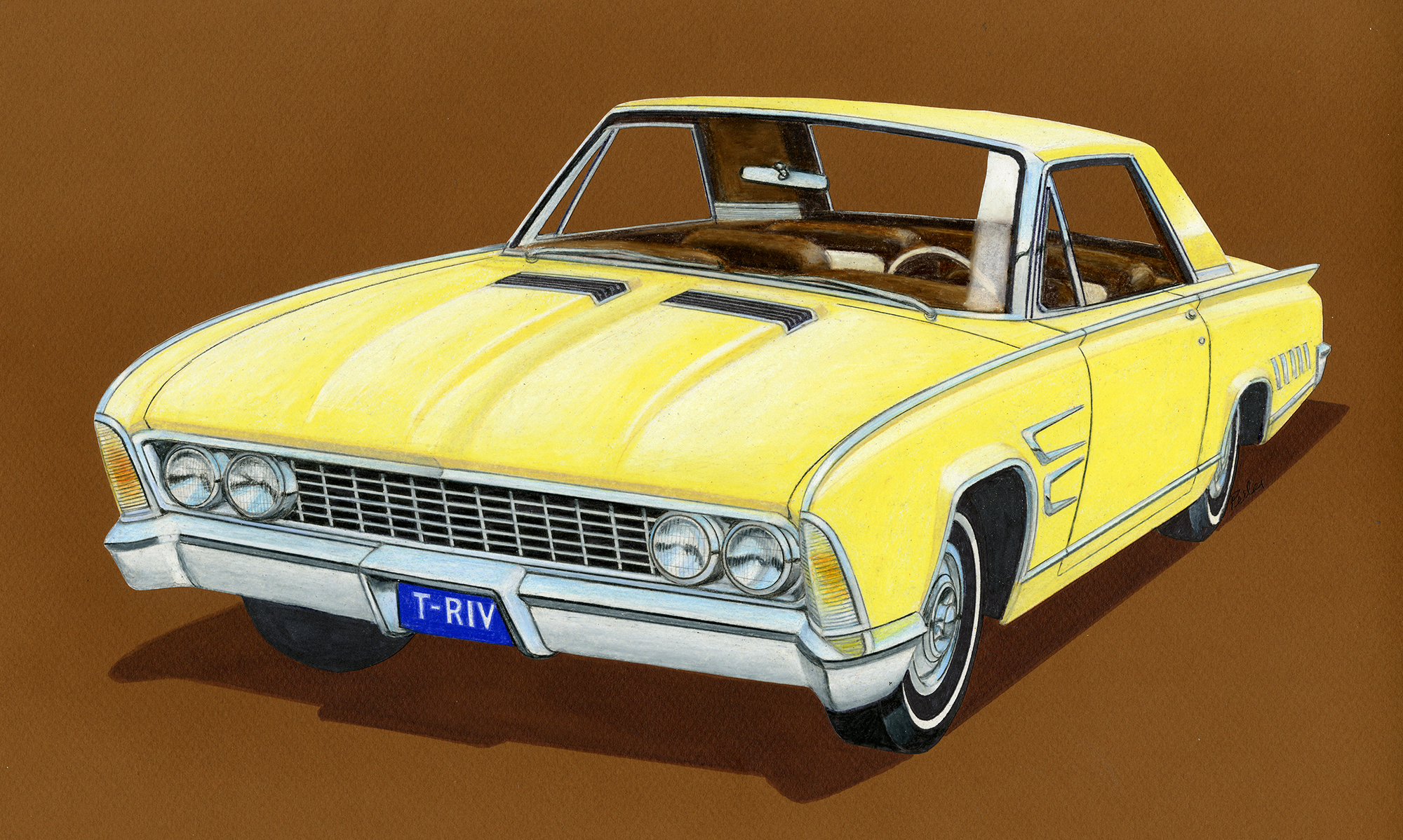 Ford’s “bullet-bird” Thunderbird, which debuted as a 1961 model, was entering its final season for 1963; an all-new T-Bird body with a more angular shape would debut for 1964. Blending the crisp, sharply tailored Riviera body elements with the rounded “bullet-bird” body shapes makes for an interesting design exercise.