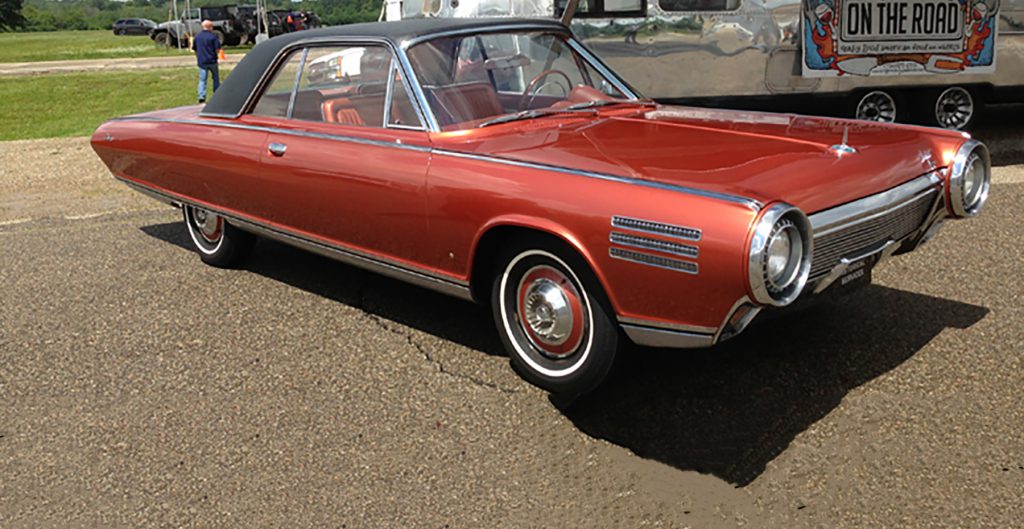 The jet age of the 1950s and 1960s had a lot of influence on the auto industry. The finned rear ends of many cars—such as the 1957 Chevrolet Bel Air, 1959 Cadillac Eldorado, and 1958 Plymouth Fury—reflect the interest in space rockets, jet airplanes, and other forms of new-age, sky-riding transportation.

However, those famous cars were designed only to look like the popular space-age vehicles of the time; they still relied on the traditional piston-pumping internal-combustion engine. Several vehicles did include jet technology as a form of propulsion, but only one made it into the hands of consumers: the 1963-64 Chrysler Turbine Car.

A turbine engine, similar to those found in jet aircraft, powered the Chrysler Turbine Car. It put out 130 horsepower and 450 pound-feet of torque. It was connected to a modified version of Chrysler’s TorqueFlite 3-speed automatic transmission, though sans a torque converter because the secondary turbine fan could stop though the engine is running. The engine could run on most fuels: leaded gasoline, diesel, jet fuel, kerosene, alcohol, and even perfume, though the latter was only used as a demonstration. The car’s engine was mostly maintenance-free. The engine and transmission both used transmission fluid as the lubricant, and it rarely needed changing. There was also very little vibration from the engine. A famous demonstration involved placing a nickel on the running engine at full throttle and observing as the coin stayed upright.

Upon the car’s debut, Chrysler announced it was ready to produce the vehicle and would be starting a pilot program, leasing the car to a limited number of interested consumers. Chrysler, which received 30,000 requests for a lease, decided to produce 55 cars in a limited production run. After carefully hand-selecting certain consumers, a car was delivered to them for a three-month lease, and then passed on to another family for another three months. The program ran like this for two years.

At a recent Chrysler press event, company reps displayed this vehicle. They even started it and moved it around a small section of the parking lot under its own power. To see footage of the car in action and hear the jet-airplane-like sound of its engine, click here:

The Stuff of Automotive Dreams

We chatted briefly with Brandt Rosenbusch, manager of the vehicle collection and archives at Chrysler, who is the caretaker of this car. He says the engine runs smoothly and that the ride is cushy and floaty. Though you might expect airplane-like acceleration, the Chrysler Turbine isn’t very quick. It delivers performance equivalent to a 318-cubic-inch engine: The power is slow to build, and it’s no speed demon once underway. When you hit the gas, there is noticeable lag, just like a turbocharged internal-combustion engine. Startup is odd, too. Like some diesel engines, the Turbine can’t be cranked right away like a gas engine. A turn of the key illuminates a dashboard light while the fuel system is pressurized. When the light goes out, you crank the key and the engine gradually whooshes up to idle speed.

The question is: Why didn’t Chrysler put this vehicle into serial production? The answers are simple: cost and efficiency. The engine proved very costly to produce. Rosenbusch said a single engine cost $50,000 to build in 1963 dollars. Our fuzzy math says that’s about $377,600 in today’s dollars. The second hurdle proved to be fuel efficiency. The turbine engine couldn’t be made to be more efficient than conventional gasoline engines, so there was little point in investing further into this technology for roadgoing vehicles.

After the lease-testing period concluded, Chrysler faced another problem. Carrozzeria Ghia in Turin, Italy, built the cars, and if Chrysler kept the vehicles, it would have to pay U.S. Customs what the company interpreted to be exorbitant import duties. Though most of the 50 cars built were scrapped, there are nine left in existence. Chrysler owns two, two more are in the hands of private collectors (one of whom is Jay Leno), and the remaining vehicles currently reside in museums.

Also on display at the Chrysler event was a Turbine-inspired Chrysler 300. This one-off show car, commemorating the 50th anniversary of the 1963 Chrysler Turbine, gets an orange matte-finish paint job and features turbine-like wheels. 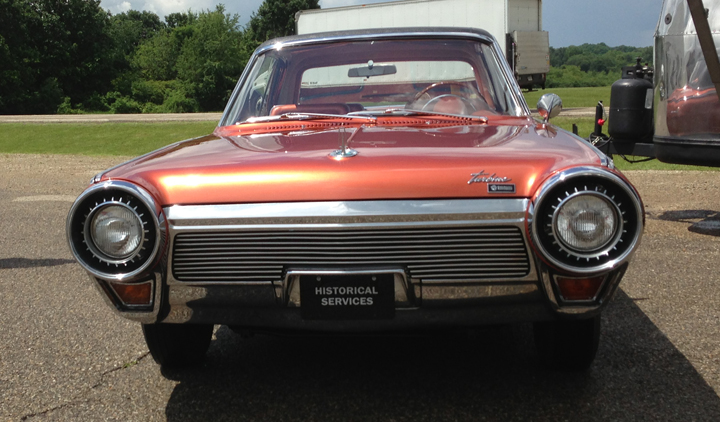 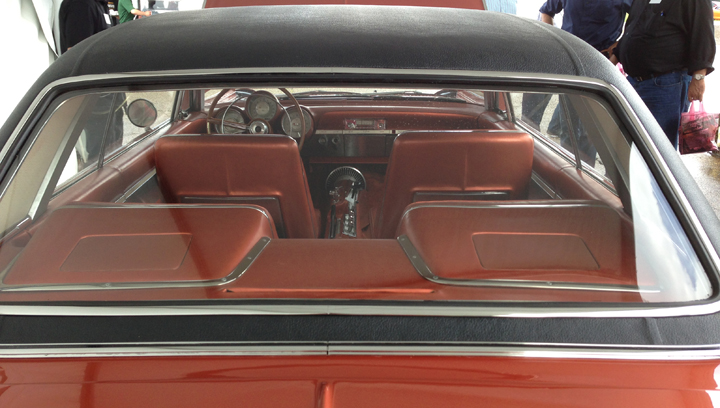 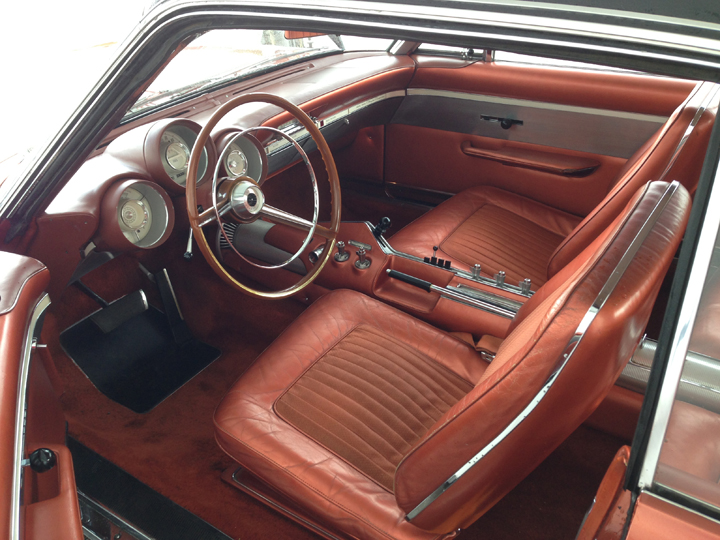 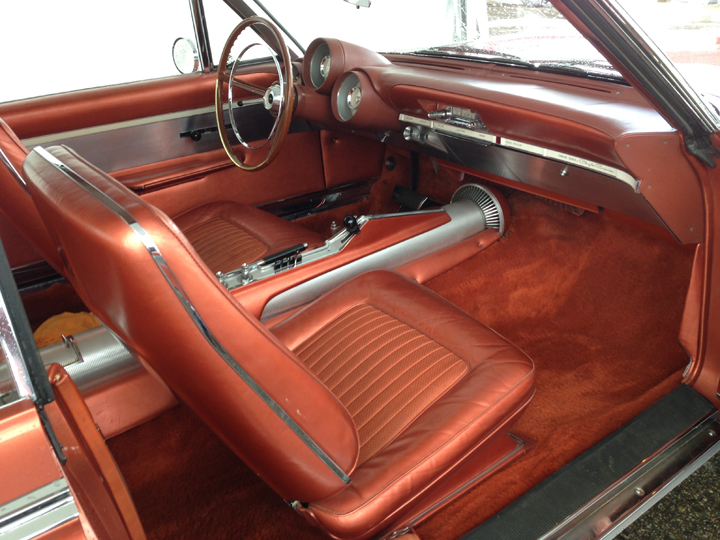 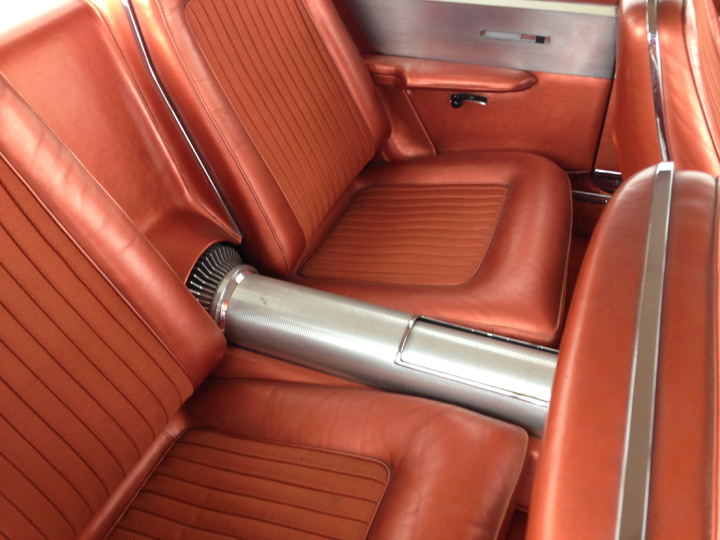 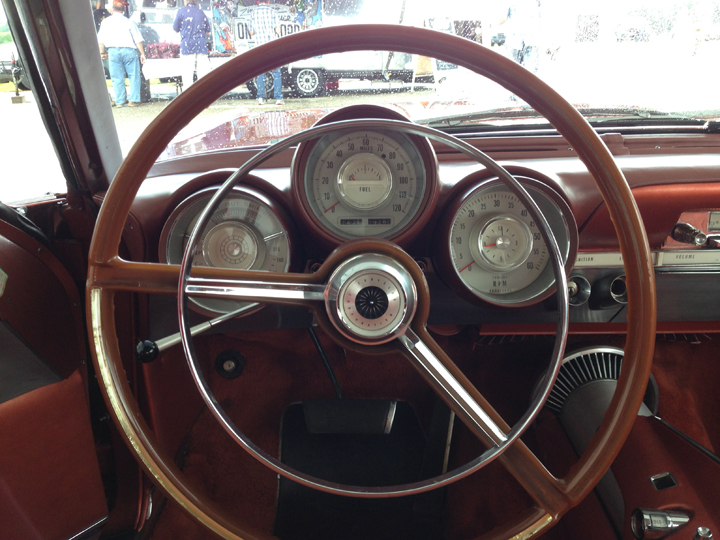 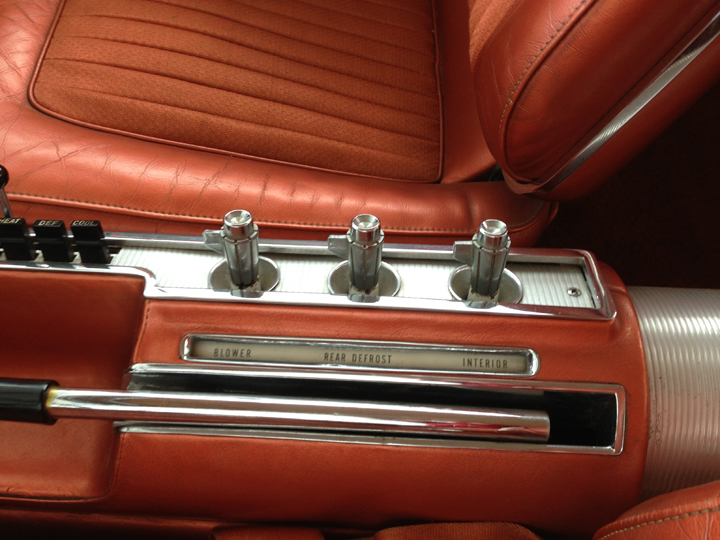 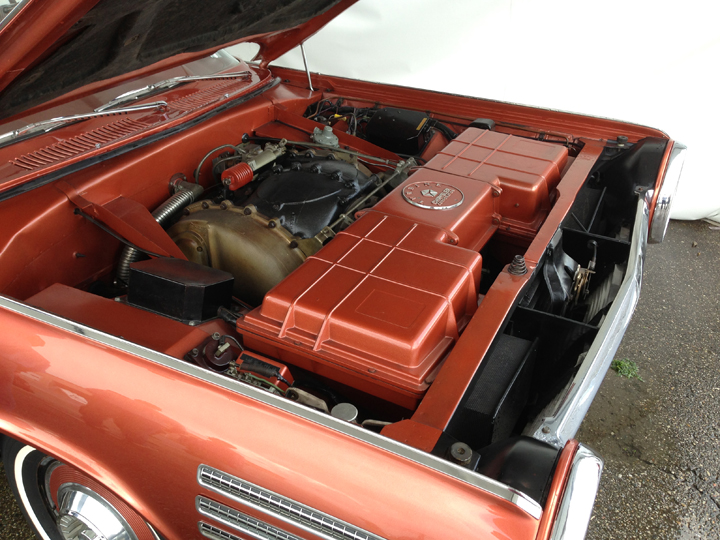 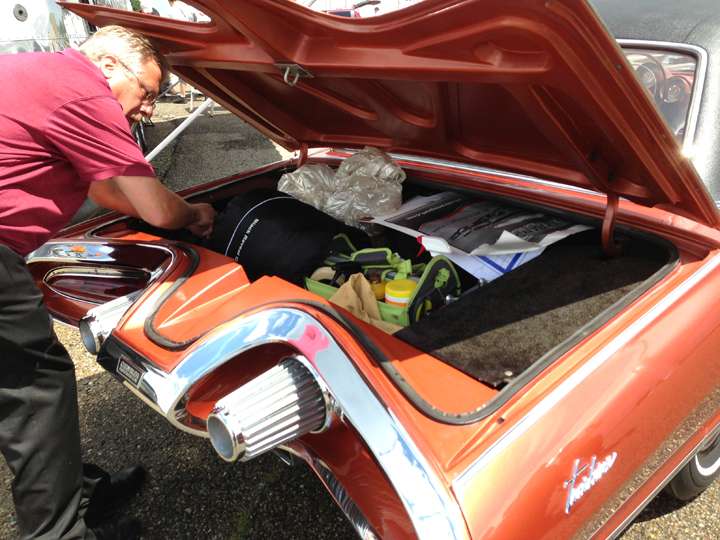