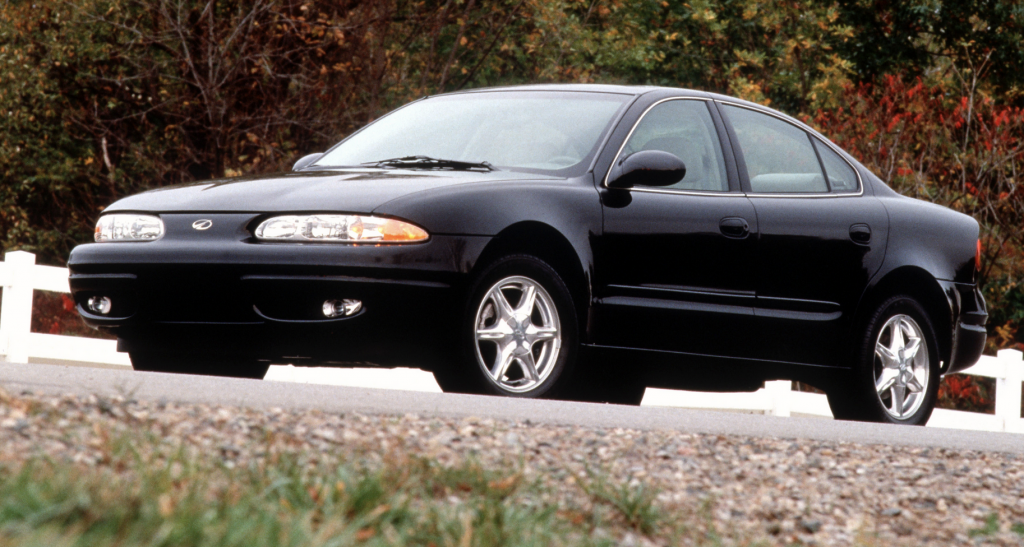 A final run of Collector Editions brings down the curtain on Alero and the Oldsmobile brand for 2004.

Alero comes as a 2-dr coupe or 4-dr sedan with a choice of a 4-cyl or V6 engine. Automatic transmission is standard, but manual is available with the 4 cyl. ABS is optional on GX and GL1 models, standard on the uplevel GL2 and GLS versions, and includes 4-wheel disc brakes. The last 500 Aleros off the assembly line are set to get special exterior and interior trim commemorating the end of Oldsmobile’s 106-year history. Alero shares its design with the Pontiac Grand Am; its performance and accommodations mirror those of similarly equipped Grand Ams.

Acceleration is only adequate with the 4 cyl, but V6 feels gutsy; our test V6 did 0-60 mph in about 8 sec–among the quicker compacts. But V6 Aleros suffer torque steer–pulling to the side–in rapid acceleration. Automatic transmission changes gears smoothly, but manual has bulky shift action. 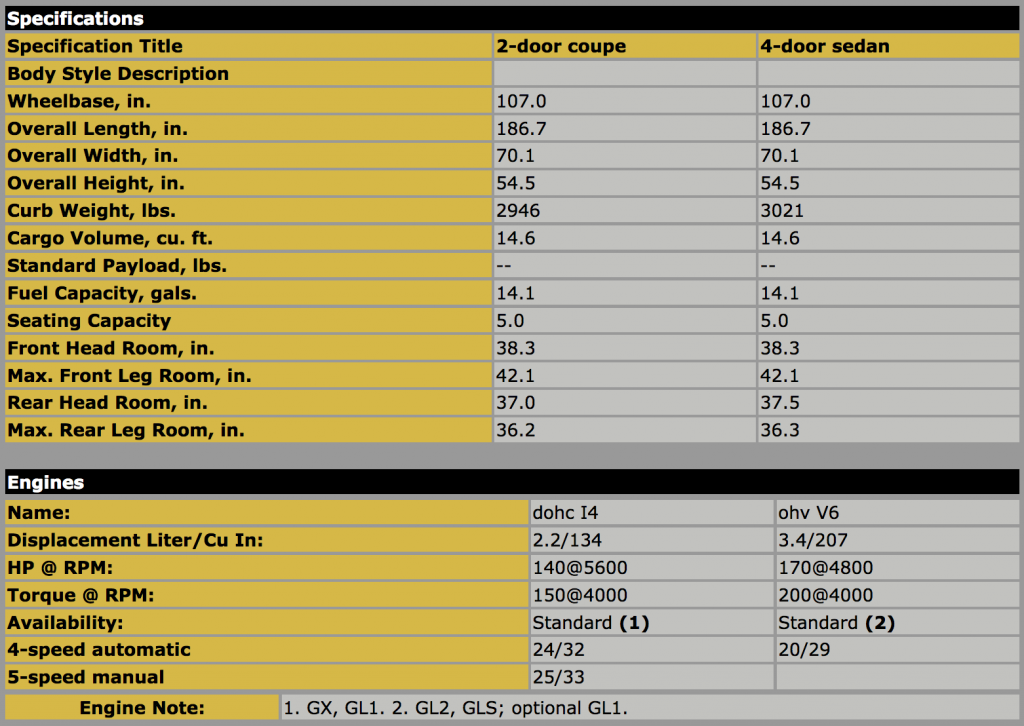 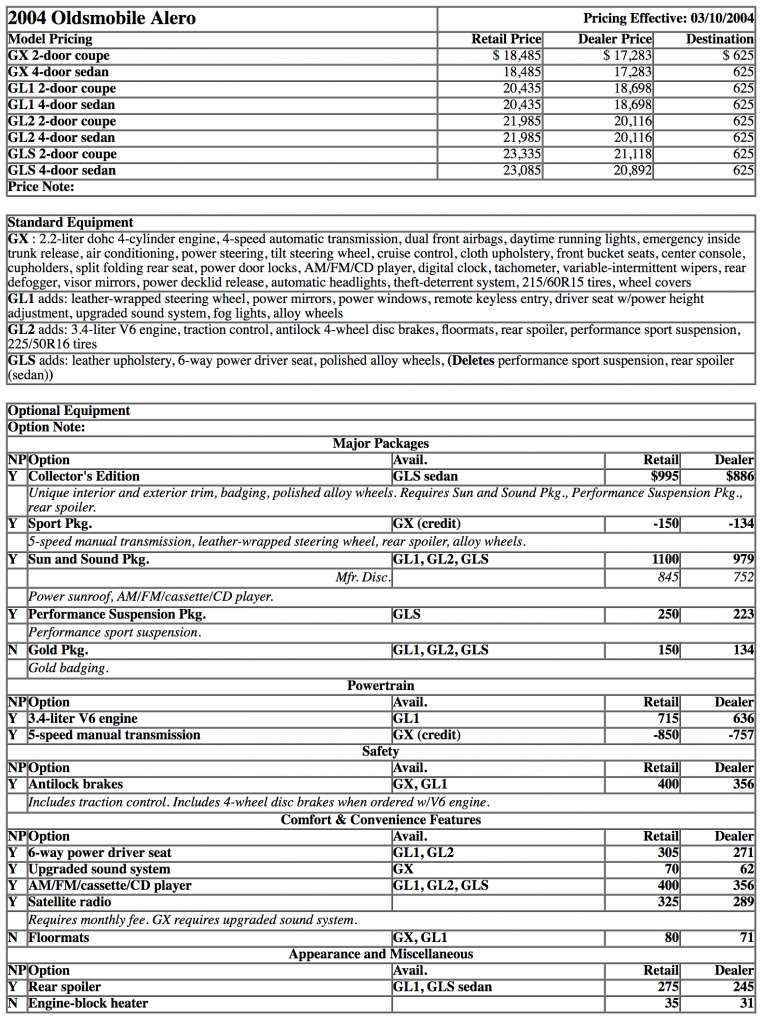 Strong V6 acceleration and an acceptable list of standard features at competitive prices are Alero’s virtues. But it can’t match import-brand rivals in refinement, interior design, and materials. Plus, the phaseout of Oldsmobile means poor resale value and low lease residual values.