2014 CLA-Class: The New Gateway to the Mercedes Brand 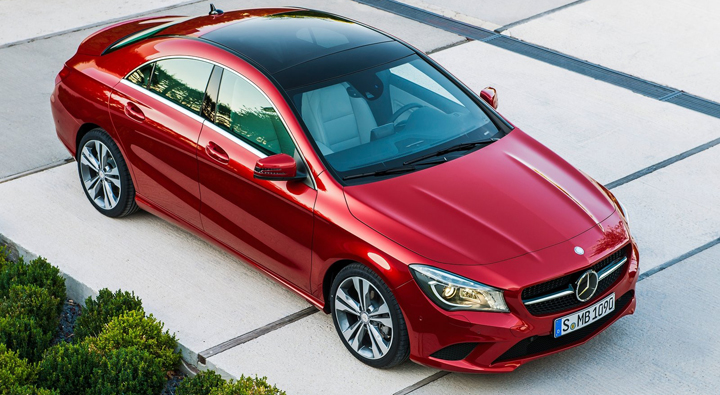 Though it will officially be unveiled to the public later this year at Mercedes-Benz Fashion Week in Berlin, Germany, and the Geneva Motor Show, the company gave the media a sneak peek of its new entry-level model.

Think of the 2014 Mercedes-Benz CLA-Class as a pint-size version of the much more costly CLS-Class, and you’re on the right track. With under-skin fundamentals based on the European-market A-Class and exterior styling inspired by the Mercedes-Benz Concept Style Coupe, the CLA’s slippery shape is the most aerodynamic on the road. Its coefficient of drag (cd) of 0.23 is less than that of the Toyota Prius.

Power comes from a 208-horsepower 2.0-liter turbocharged 4-cylinder engine paired with a 7-speed dual-clutch automated-manual transmission that behaves like an automatic. Unlike every other current Mercedes, the CLA is front-wheel drive. A version with the company’s 4MATIC all-wheel drive will follow about six months later. All models include engine-idle stop/start as a fuel-saving measure.

On the safety and luxury fronts, the CLA will include forward-collision warning, drowsy-driver alert, and Mercedes’ mbrace2 assistance and telematics service. Options include adaptive cruise control, blind-spot alert, lane-departure warning, hands-free parallel parking, a Sport Package, and a panoramic sunroof.

Pricing was not announced, but the rumor mill suggests a starting MSRP of about $30,000. The front-drive 2014 Mercedes-Benz CLA-Class goes on sale in September, and 4MATIC versions will follow in the spring of 2014.

CG Says: Mercedes-Benz has distilled the look of its swoopy CLS-Class into a more-affordable package. The fact that this car will be front-wheel drive is very interesting and could bode well in winter-climate states, where folks might otherwise have to pony up for all-wheel drive. If pricing rumors prove true and the CLA starts at the $30,000 mark, the CLA could fill an interesting niche between lower-priced cars such as the Acura ILX and Buick Verano and more expensive ones such as the Audi A4, BMW 3-Series, and Mercedes’ own C-Class. 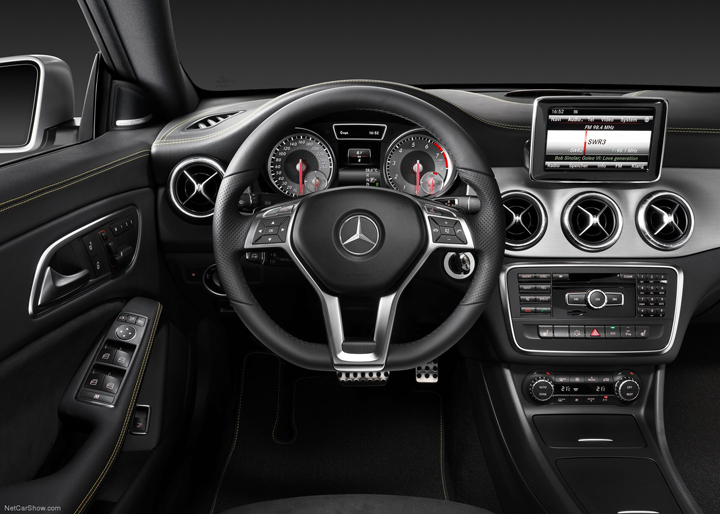 Inside the new CLA-Class