Chrysler’s Jeep division kicked off the 2013 Detroit Auto Show (also called the North American International Auto Show) by unveiling a series of updates to its volume compact and midsize SUVs.

The 2014 Jeep Grand Cherokee sees the most changes. As the brand’s flagship model, this 5-passenger crossover is the beneficiary of what those in the industry call a “mid-cycle enhancement.” At the 2-4 year mark of a product’s lifecycle, a manufacturer will usually bring a number of updates to the table. Most of the time, this is limited to interior and exterior styling tweaks, a shuffling of features, and maybe a bit more power.

Jeep is doing more than that with the 2014 Grand Cherokee. The front and rear look rather dramatically different, and the interior sees quite a few upgrades, particularly on the higher-end trim levels. The biggest changes, though, lie under the skin.

This SUV’s standard 3.6-liter V6 and optional 5.7-liter V8 engines are back for 2014, but this time they pair with brand-new 8-speed automatic transmissions. The high-performance Grand Cherokee SRT (formerly the SRT8) returns as well, boasting a similar 8-speed transmission. These new gearboxes should be good for a fuel-economy improvement of about 5 percent.

Chrysler finally put to rest the rumors of a diesel-powered Grand Cherokee. It is happening for 2014. The 3.0-liter turbocharged V6 engine, dubbed “EcoDiesel,” will produce 240 horsepower and an earth-shaking 420 pound-feet of torque. When tied to the standard 8-speed automatic, EPA estimated fuel economy will be 21 mpg city/30 mpg highway. This means a highway cruising range of up to 730 miles on a single tank of fuel. Maximum towing capacity will be 7,400 pounds.

Though not quite as significant as the Grand Cherokee, Jeep’s compact SUVs, the Compass and Patriot, see a few changes for 2014 as well. The largely unloved continuously variable automatic transmission (CVT) goes away from most Compass and Patriot trim levels. In its stead is a 6-speed automatic produced by a Hyundai subsidiary. We said “most” variants will be available with this updated transmission, but if you want Jeep’s heavy-duty Freedom Drive II off-road hardware, you must use the older CVT.

Aside from the transmission change, the Patriot looks largely the same as it did for 2013. Even the price doesn’t change. Base versions will start at $15,995. Pricing for the 2014 Jeep Grand Cherokee and Jeep Compass, which go on sale later this year, were not announced.

CG Says: The Jeep brand has had a storied, and often troubled, history. Only in recent years has it gained traction, but it has done so in a big way. Customers are flocking to dealers and driving away mostly in Grand Cherokees and Compasses. The former sees some very meaningful improvements, with the diesel motor being particularly exciting. The Compass’ and Patriot’s new 6-speed transmission should go a long way toward reducing some of the noise, vibration, and harshness (NVH) that have plagued these little SUVs since their debuts back in 2007. We eagerly await the opportunity to test them all. 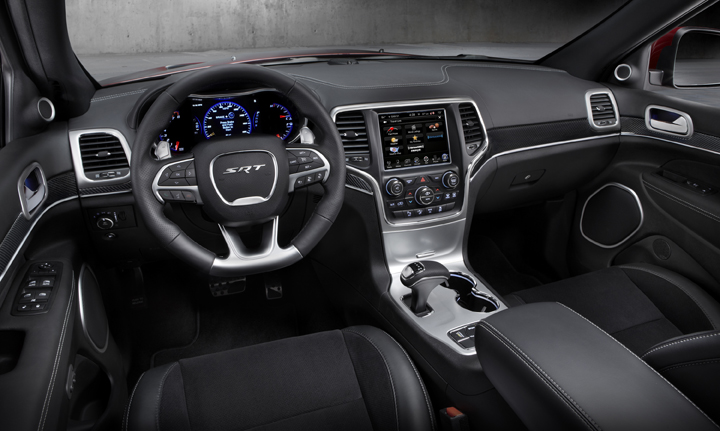