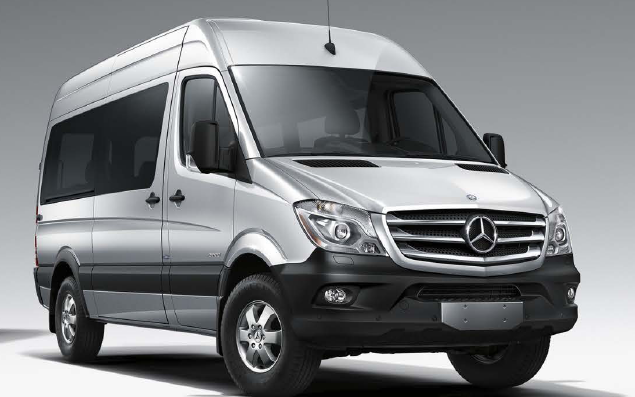 The vaunted Mercedes-Benz three-pointed star might look a bit out of place on a utilitarian cargo van, but the company is well known for trucks in other parts of the world.

Although built by Mercedes-Benz and long a common sight in Europe, what is now the ubiquitous and well-known Sprinter arrived on these shores in 2001 wearing a Freightliner badge, and two years later was also sold with a Dodge nameplate. At the time, both of those manufacturers were in partnership with Mercedes, and they were deemed more fitting outlets for such a clearly utilitarian vehicle.

But when the Mercedes marriage to Chrysler Corporation dissolved in 2007, it was determined that selling the Sprinter solely through Freightliner dealers wouldn’t provide enough outlets and service centers, so the big Sprinters were festooned with three-pointed stars to became a rather curious addition to some Mercedes-Benz lots.

In this country, Sprinter is offered in three body lengths, five body styles (cargo, passenger, cab/chassis, crew, and as a minibus), two wheelbases, and two heights, with payload capacities of up to 5415 lbs.

Today, the same vehicle is sold under both the Freightliner and Mercedes-Benz nameplates, the two differing only in grille design and badging. Offering both not only expands the number of sales centers (only a fraction of Mercedes dealers sell the Sprinter), it also allows for different personas. While Sprinters used for livery service might benefit from the status of the three-pointed star on their grilles, do you really want your plumber showing up driving a Mercedes?

If you don’t want to arrive at a customer’s house driving a hoity-toity Mercedes, Freightliner sells a “regrilled” version of the Sprinter (background) that’s otherwise identical.

In its early years here, Sprinters could be had in three wheelbase lengths and two roof heights, but with only one powertrain: a 154-horsepower 2.7-liter 5-cylinder turbodiesel mated to a 5-speed automatic transmission. Oddly, these big boxes were of unibody design (rather than body-on-frame as are most heavy-duty vehicles) and were offered only with rear-wheel drive.

For 2014, the Sprinter gets a makeover that includes not only revised styling, but also an added engine and numerous new features.

While everything from the windshield header back remains about the same, what’s in front of that is all new. A facelift results in a more rounded, modern-looking front end that looks similar to the old one, but is easily distinguishable – if you know what to look for. Added to the powertrain roster is a new 161-horsepower 2.1-liter 4-cylinder turbodiesel based on one now offered in some Mercedes passenger vehicles, and it’s mated to a new 7-speed automatic transmission. 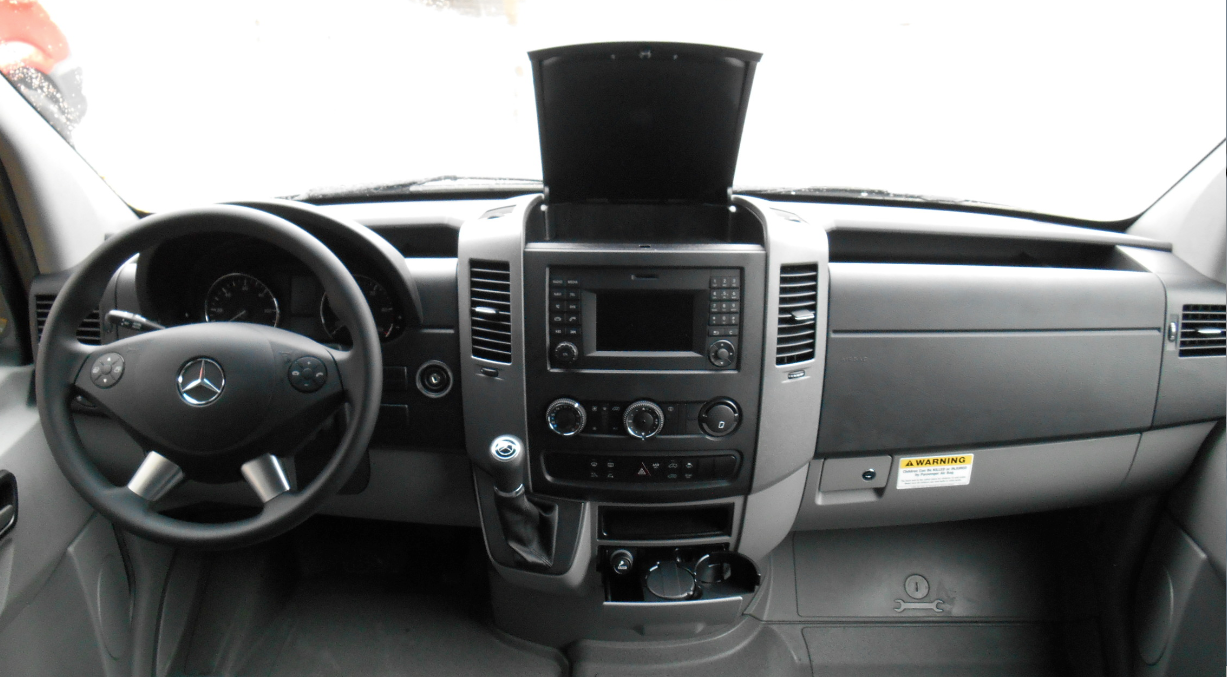 Most notably new inside for 2014 is the 5.8-inch dashboard screen. Numerous storage cubbies include a covered dashtop bin (shown lid up), two flanking open dashtop bins, a dashboard cubby above a pop-out cupholder (also shown open), a smallish glovebox, and big map pockets. There are also 4-inch-tall bins over the sunvisors.

But perhaps most notable of the new-for-’14 features are a number of safety and infotainment items not previously available. Standard is a 5.8-inch dashboard screen, along with Bluetooth wireless cell-phone link, iPod connection, and Aux/USB ports. Some options were added, and the list now includes Parktronic rear obstacle detection, rearview camera, low-speed traction control, and a navigation system. Sprinter is also available with a number of modern safety features, including front-side and curtain-side airbags, wide-angle bi-xenon headlights, blind-spot detection, lane-keep assist, collision-prevention assist, and automatic high-beam headlights.

In back-to-back drives, the new 2.1-liter 4-cylinder turbodiesel didn’t feel as though it gave up much to its 3.0-liter V6 brother. Credit the new 7-speed automatic for some of that, as it provides a wider ratio spread than the 5-speed used with the V6. (Note, however, that we drove the trucks empty; fully loaded, the difference may have been more apparent.) Both suffered a bit of turbo lag from a full-throttle start, resulting in a rather “gentlemany” launch. But about 20 feet out, acceleration picked up considerably, and the only place the 4-cylinder felt noticeably weaker was in mid-range oomph, but not by a lot. Both transmissions kicked down fairly quickly for decent passing response. The payback for the 4-cylinder comes in two forms: fuel economy, which Mercedes-Benz says shows an 18% improvement, and a base price that’s lower by about $900.

The difference between the 2013 “face” (left) and 2014 mug (right) are easier to distinguish with the two side by side. The latter has a taller nose, “level” headlights, and hood creases that stop at the top of the grille rather than loop beneath it.

Many of these updates were likely prompted by some new competition that has recently arrived – or is about to. While the original Sprinter competed against the smaller, conventional “low roof” cargo vans offered by Chevrolet/GMC and Ford (the Express, Savana, and E-Series, respectively) – all of which are still around – the party has gotten a lot bigger in the past couple of years. Nissan entered the commercial-van fray in 2012 with its truck-based NV, and Ram (the new “truck” division of Chrysler) recently introduced the front-drive Promaster commercial van based on one sold in Europe by new-parent Fiat. The Ram comes in “high roof” form like the Sprinter, while the Nissan comes in both low- and high-roof body styles. And next year, Ford is due to add the European-based Transit, another high-roof model similar in size to the Sprinter.

Speaking of next year, there’s more to come for the big box from Mercedes-Benz. It has recently been announced that the 2015 model will offer Crosswind Assist, which uses the vehicle’s antiskid system to help counter crosswinds, along with a 4×4 version with part-time 4-wheel drive and a 4.3-inch higher ride height. 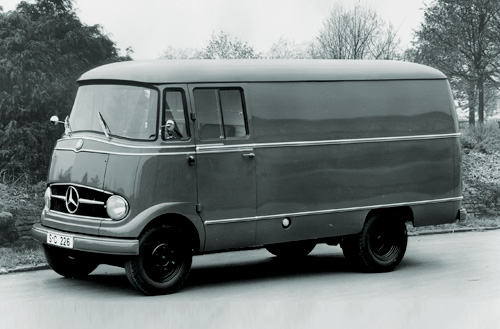 Mercedes-Benz (Then just Daimler) has been building trucks since 1886. This 1955 L 319 van was very popular in Europe for light-delivery duty.

If you live in any kind of urban area, any trip to work probably seldom goes by that you don’t see a Sprinter festooned with company logos lumbering down the road, taking up a good bit of the scenic view in front of you. And in recent years, you may have also started seeing some of its rivals in the same guise. But Mercedes is convinced that the Sprinter will continue to hold its own in the face of this new competition, partly due to the updates it’s received along the way, and partly because there’s really no substitute for the original.