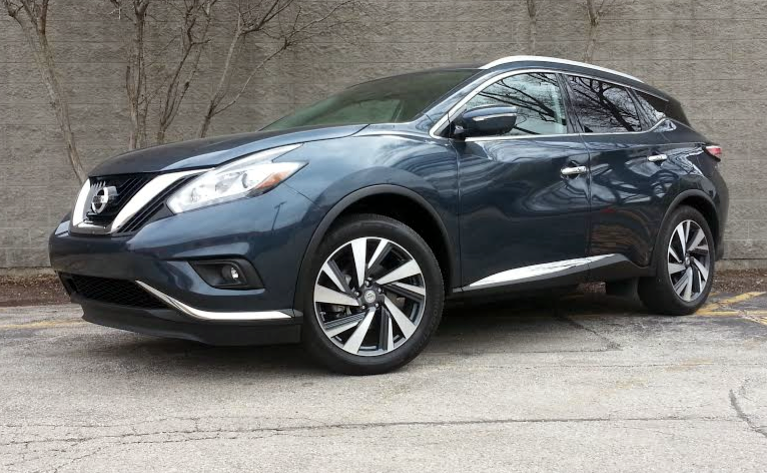 The not so good: Firm ride on Platinum’s standard 20-inch wheels

If you’re shopping midsize sport-utility vehicles, you’ll probably like the redone-for-2015 Nissan Murano. That’s because it goes out of its way to not be unlikable. There’s no noisy, rough, or raucous engine—just one with enough power to get around without complication. There’s no maddening tap/twist/toggle central control for infotainment systems—just an easy-to-follow touchscreen and clearly marked buttons along the sides that take you right to what you want to see or hear. Unless the new styling doesn’t tickle your fancy, there’s nothing here that should offend anyone’s senses. 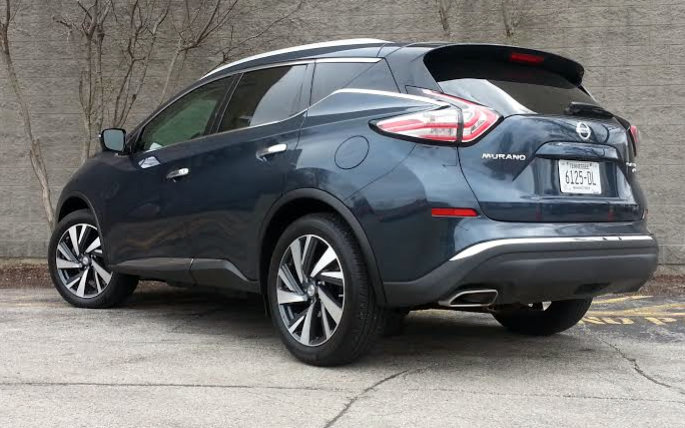 Of course, the lack of challenge, the absence of edgy might set some people off. On the whole, the 2015 Murano in high-end Platinum trim that Consumer Guide® tested is a very nice vehicle—and in some circles, “very nice” amounts to damning with faint praise. 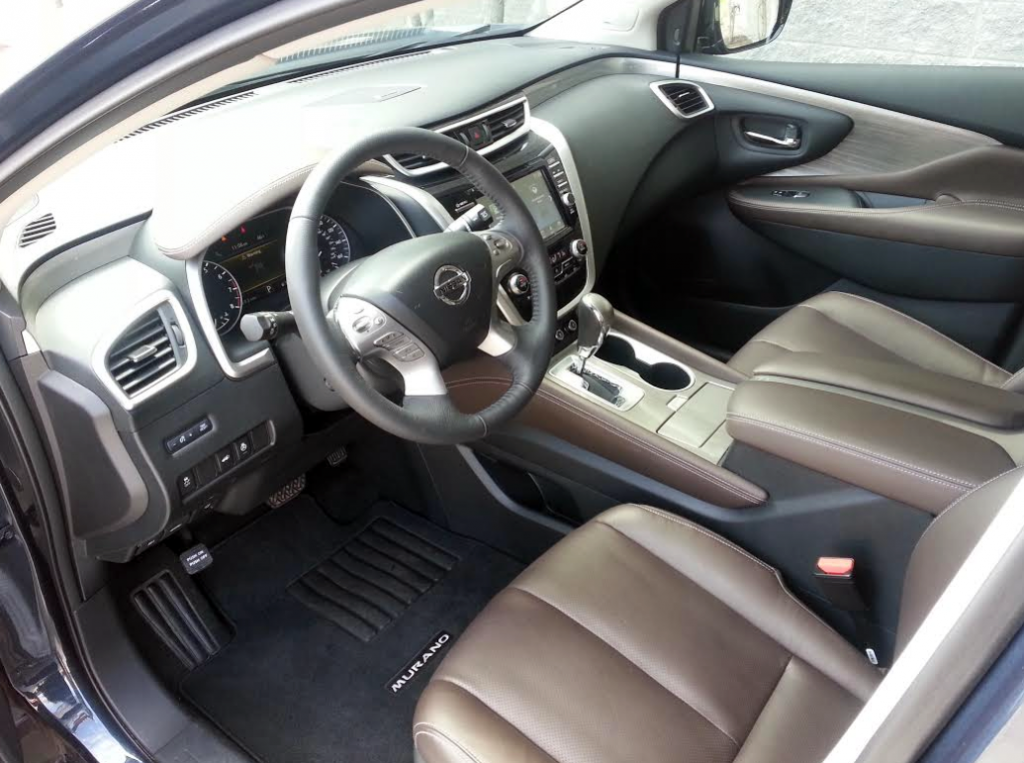 Murano’s cabin feels upscale. Note the use of unconventional titanium-look trim where wood elements might usually be found.

With all-wheel drive, as on CG’s test vehicle, a 2015 Murano Platinum starts at $40,600—$1600 more than a front-wheel-drive job. The one we drove was outfitted with the optional Technology Package (panoramic moonroof, “intelligent” cruise control, forward-collision warning, and forward-emergency braking) plus accessory floor mats and a cargo-floor protector, all of which pushed the total as-delivered price to $43,955. 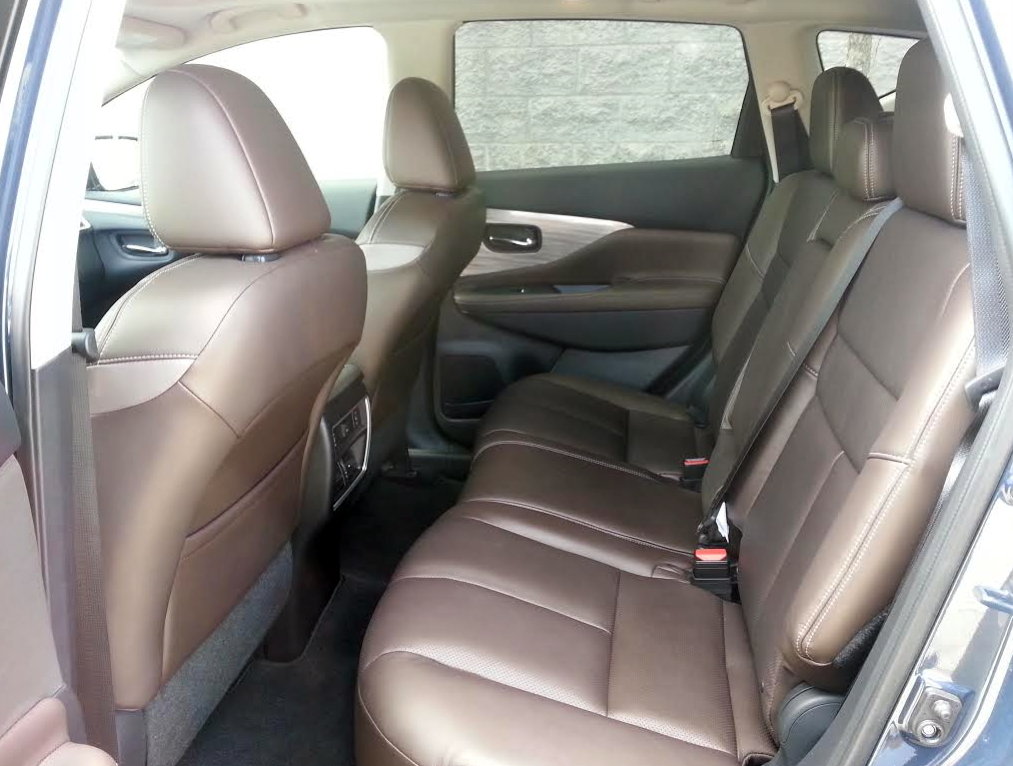 The Murano provides ample space for four adults to travel in comfort. A third rear-seat passenger will fit reasonably well, should the need arise.

What exactly are the things the Murano has and does in hopes of ingratiating itself to you? Here’s a list:

Check out the 2016 Nissan Maxima 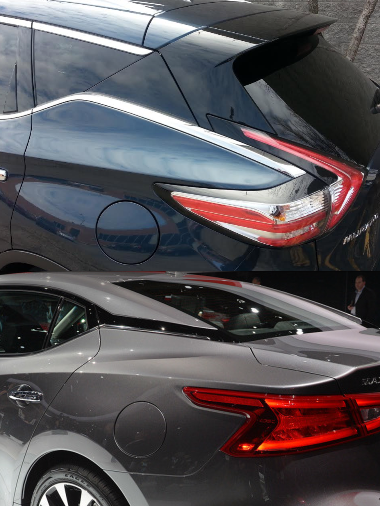 Nissan’s new design theme extends to the redesigned Maxima (bottom), due in show rooms later this year. Among the common elements are a rear-fender “kick up” and “floating” rear roof-pillar treatment.

The count of things that might be bothersome is small, but some of them aren’t exactly minor: