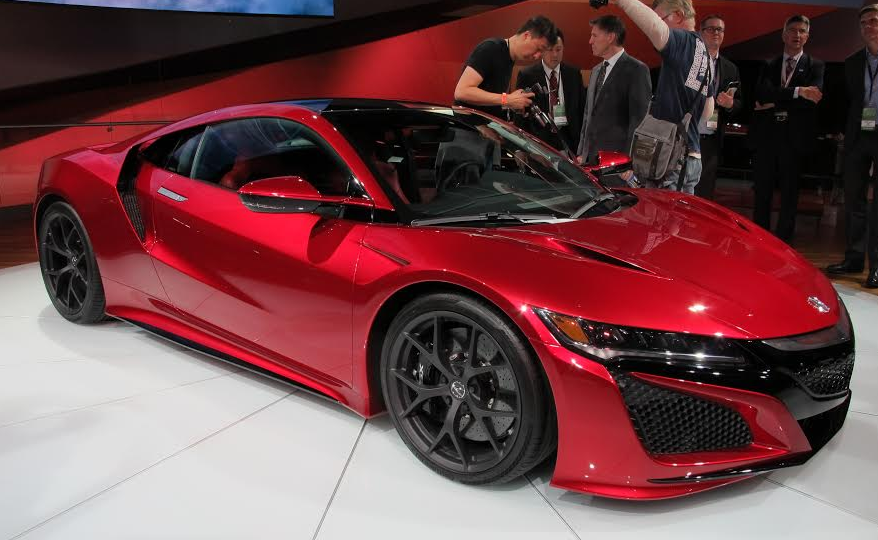 After being shown in concept form at previous auto shows, Acura introduced the production version of its eagerly anticipated NSX supercar at the North American International Auto Show in Detroit–almost exactly 25 years after the original went on sale. 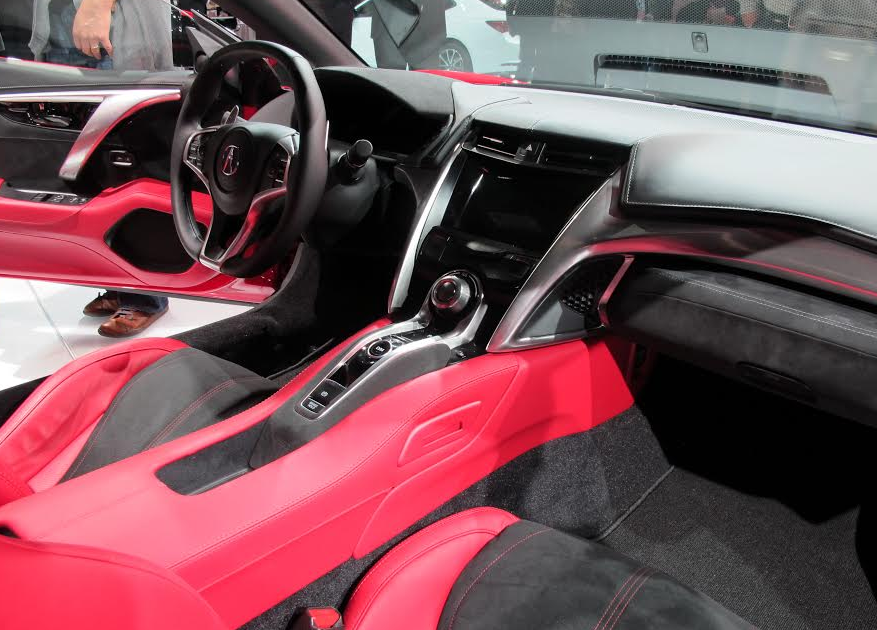 But this one is something different: an all-wheel-drive hybrid with a mid-mounted twin-turbo V6 and three electric motors. One motor is integrated with the dual-clutch automatic transmission, joining the gas engine in powering the rear wheels, while the other two motors drive the front wheels. Acura says the four power units produce a combined 550+ horsepower, and that advance orders can be placed this summer, with production starting in the fall. Prices are expected to start in the mid-$150,000 range.

More from the Detroit Auto Show
CG Says:
As have many others, we’ve been eagerly anticipating the NSX, but as much as a technological tour de force as for its promised performance. When it hits the market late this year, it will compete not only with hotter versions of the Chevrolet Corvette and Porsche 911, but also with newcomer BMW i8 and upcoming Ford GT (due sometime next year). That’s a lot of choices for what would seem like a limited audience, but the NSX may well be a hit.