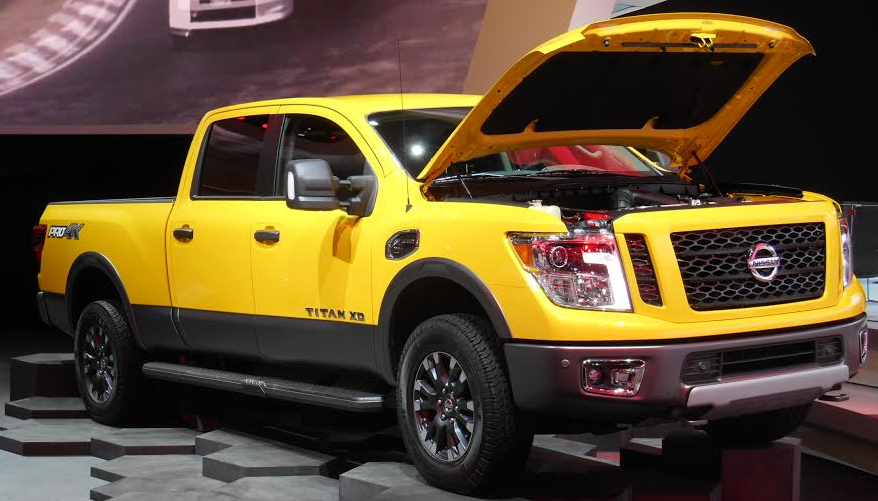 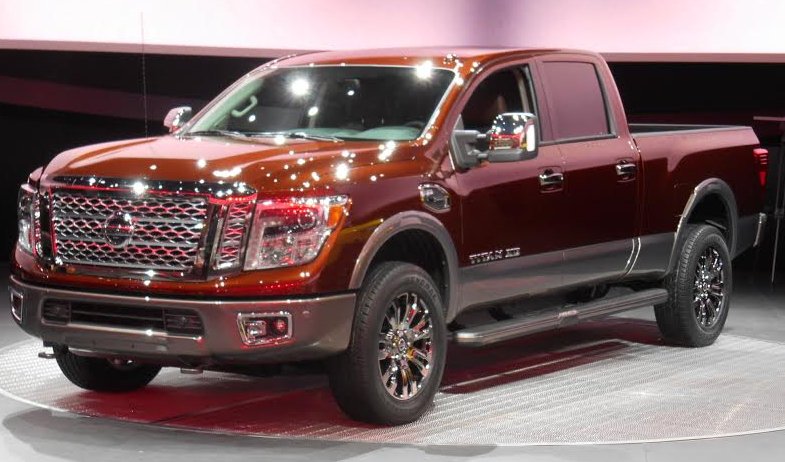 Regarding the last, joining the returning 5.6-liter V8 is the truck’s first V6, along with what will likely be the class’s first V8 turbodiesel: a Cummins-built 5.0-liter V8 with 310 horsepower and a stump-pulling 555 lb-ft of torque. Maximum towing capacity is said to be in excess of 12,000 lb. No word yet on release date, but expect it later this year.

Titan has been somewhat of a sales sloth since its introduction, but this upgrade–and especially the turbodiesel engine–may help it out in that regard, especially if the diesel earns class-leading V8 fuel-economy numbers. Expect to hear more from us on this big-rig Nissan pickup.

Nissan builds a truck for Chevy

More on the Cummins diesel