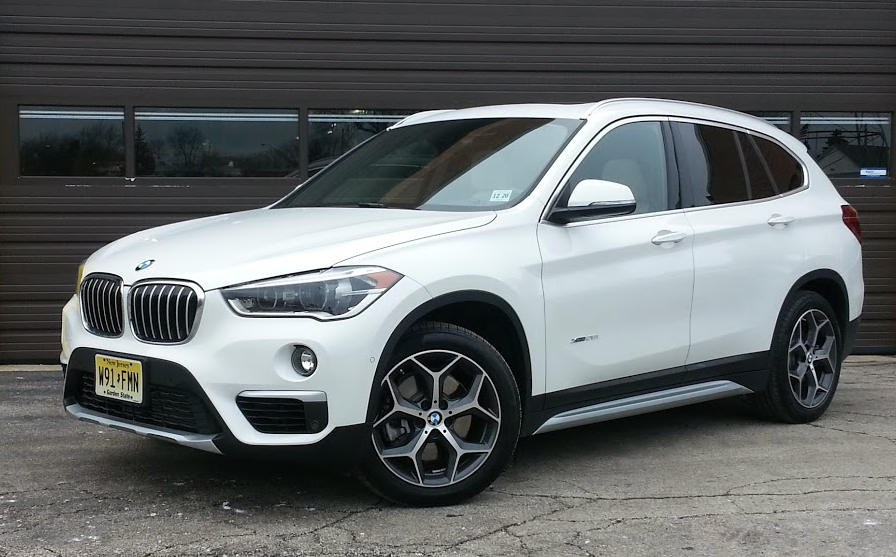 The not so good: Not quite as athletic as its predecessor, front-door apertures are rather small

The BMW X1 is redesigned for 2016, and it marks an important departure from the first-generation model. Instead of being based on the rear-wheel-drive architecture of the BMW 3-Series, it’s now based on the front-wheel-drive chassis of the Mini Cooper Countryman. That’s a change that will likely rankle some BMW purists, but even they would be hard pressed to not acknowledge that the new X1 outclasses its predecessor in many ways. 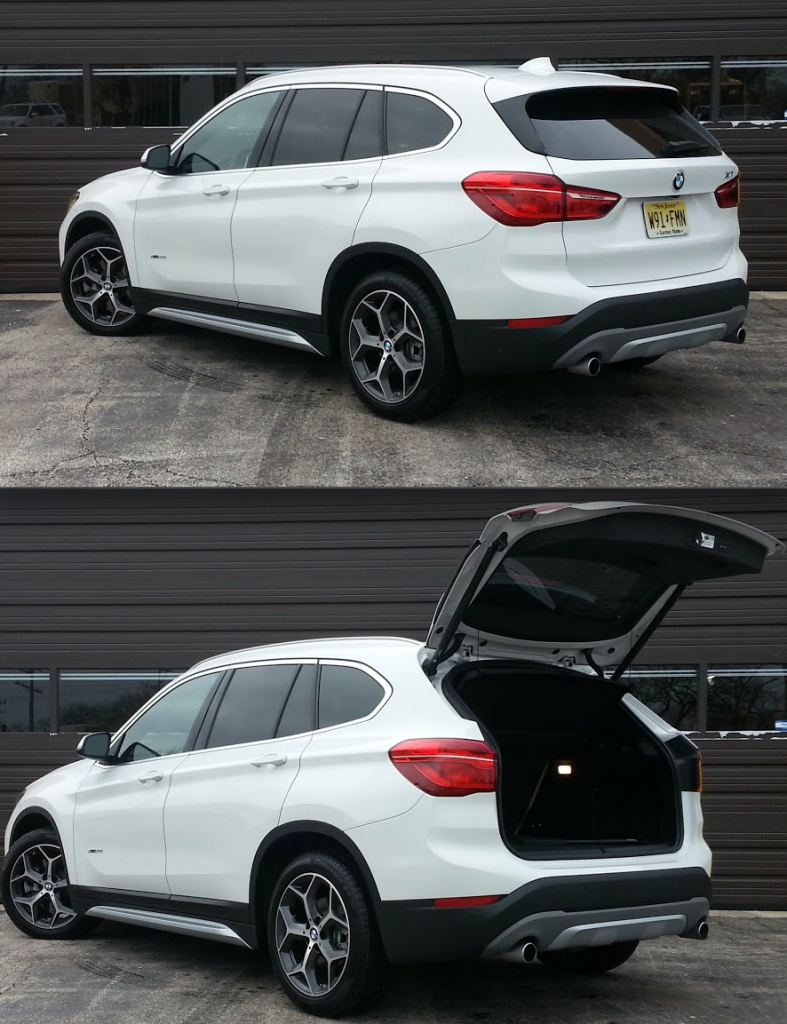 The X1 offers versatile passenger- and cargo space in a tidy package.

At least for now, the 2016 X1 is available only with all-wheel drive, and the lone engine at this point is a turbocharged 2.0-liter 4-cylinder that puts out 228 horsepower. That’s a drop from the previous X1’s 240-hp turbo four and 300-hp turbo six, but we found the new powerplant to be plenty eager and capable. Acceleration is satisfyingly quick after the turbo spools up. The engine gets a bit noisy during fast acceleration, but to our ears it was a very pleasing (even borderline exotic) growl that was perfectly in step with BMW’s sporting attitude. 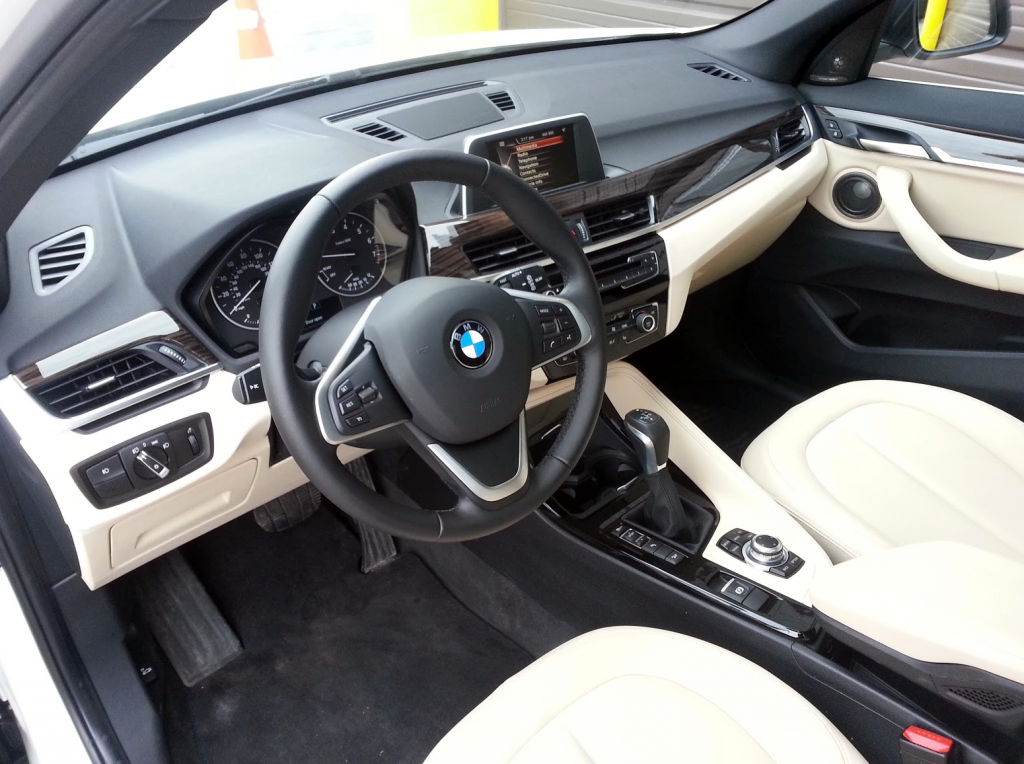 The cabin of the 2016 X1 is roomier and better appointed than the previous model.

The new X1’s handling isn’t as outright agile as its rear-drive predecessor, but it still handily bests most of its rivals in terms of driving dynamics. Our tester was equipped with the standard 18-inch wheels, which provided a somewhat taut but decently absorbent ride, even over some significant bumps. We’d definitely stick with these, as the available 19s are likely to make the ride noticeably stiffer.

The biggest improvements come on the inside. The new cabin is significantly more spacious, especially in the back seat, and interior materials have taken a noticeable jump in quality. Headroom is outstanding in the front and rear, and legroom in the back is much better than expected. However, the door apertures themselves are rather stingy. The front door opening is narrow enough to complicate entry and exit for big and/or tall adults, who’ll also have to contend with a front seatback that rests well behind the B-pillar when the seat is adjusted far back.

Among the newly available features are a hands-free power liftgate, head-up display, and forward-collision mitigation system with pedestrian detection. A rear seat that slides fore and aft five inches and reclines up to 30 degrees (both adjustments are manual) is a $300 option that’s well worth the price. The optional heated front seats seem overpriced at $550, but they get toasty enough on their highest setting to counteract even subzero temps. Our tester did not include the $2550 Technology Package, which includes an enhanced navigation system, a host of connectivity features, and an 8.8-inch display screen in place of the standard 6.5-inch unit. The upgrade is likely worth it, in part because the standard screen is small enough that the navigation display and backup camera are a little hard to see. 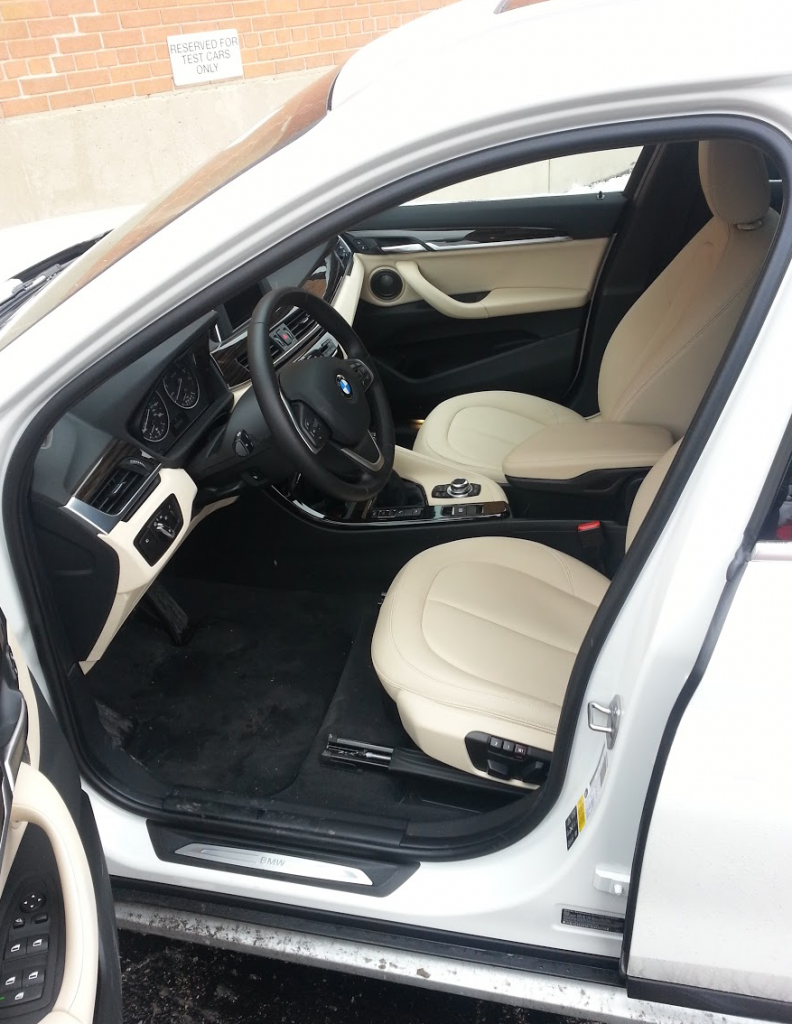 The X1’s small door apertures can complicate entry and exit for big and tall folks.

Our well-equipped tester checked in at $43,620. Careful options selection could keep the sticker price below $40K, at which point the X1 comes off as a surprisingly good value in its class.