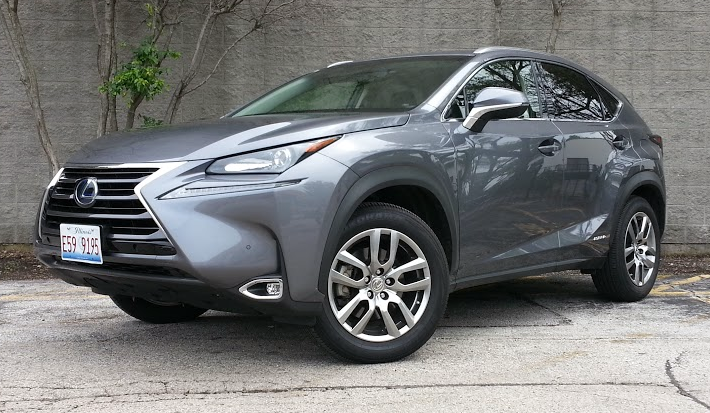 The not so good: Limited second-row headroom, pricey options

There’s an unavoidable linkage of the pertinent numbers for gas-electric hybrid vehicles. Compared to gas-only variants, their fuel-mileage figures increase, but so in almost all cases do their prices. (The Lincoln MKZ hybrid sedan starts at the same price as a front-wheel-drive gas-powered MKZ.) That’s the good news/bad news story to tell about the all-new Lexus NX 300h luxury-compact sport-utility. 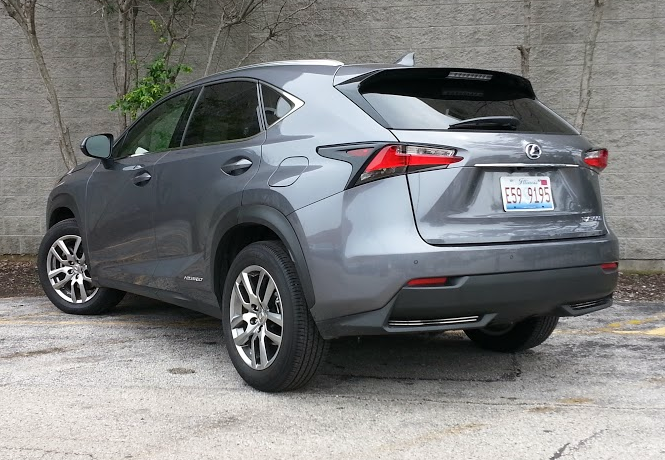 The 18-inch wheels shown here come as part of the $4665 Luxury package. Seventeen-inch wheels are standard.

The 300h is principally motivated by a 2.5-liter 4-cylinder engine that provides 154 horsepower by itself but develops a total system rating of 194 horsepower with the electric motor pitching in. When this tester drove one for 209.5 miles—65 percent under city conditions and virtually all in the “Normal” mode—he averaged 33.8 mpg. That bested the EPA estimates of 33 mpg in the city, 30 on the highway, and 32 combined—and it utterly wiped out the 21.2 mpg he achieved while wheeling an F Sport NX with the 2.0-liter turbocharged gas engine, a figure that didn’t quite measure up to even the EPA city figure for that vehicle. 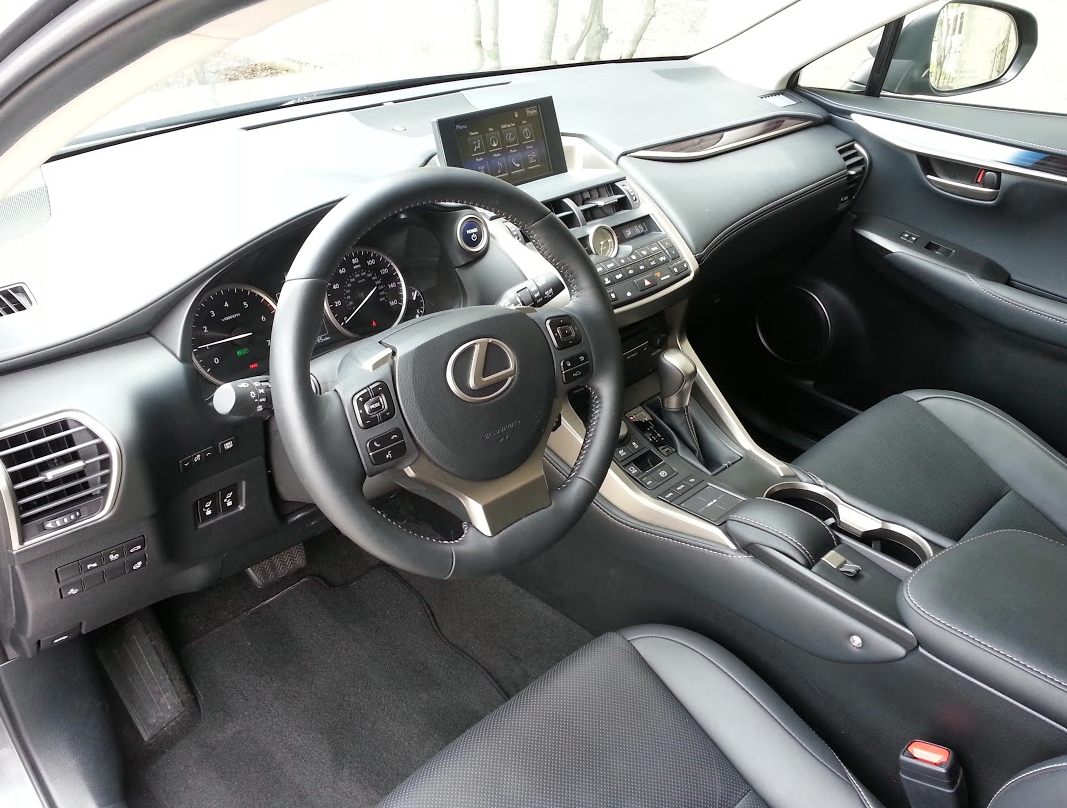 Though the color scheme is muted, the NX cabin boasts top-notch materials and assembly quality.

Having brought up the hybrid powertrain, we can say that it is not bad in the power-delivery department, with sufficient merging and highway cruising power. The crossovers from electric to full-gas operation and back are practically seamless. In place of the 200t’s 6-speed automatic, the 300h uses an electronically controlled continuously variable transmission. As in other NXs, a console dial allows for selection of “Normal,” “Sport,” or “Econ” modes. The system tailors throttle response and power-steering assist to the desired condition. In Econ, low-speed acceleration is more leisurely in normal operation, but should an emergency situation arise, a good tromp of the pedal will override the setting and the engine will respond in full.

The hybrid has a different AWD system than that found in the 200t models. Called “E-Four,” the system uses a separate electric motor to drive the rear wheels when necessary because there is no direct linkage between the front and rear drives. The rear motor also acts as a generator during regenerative braking, increasing the amount of recovered kinetic energy.

Apart from its engine and drivetrain distinctions, the 300h behaves pretty much like any other NX:

Additional standard equipment encompasses items like LED daytime running lights; a tire-pressure monitor; power tilt/telescoping steering wheel; Enform Safety Connect with automatic collision notification, stolen-vehicle locator, and emergency-assist button; and a back-up camera. There’s plenty more to pick from—which is how the options-showcase 300h that CG sampled bottom-lined at a massive $52,013 delivered. Now, that is expensive for a compact SUV, hybrid or not.