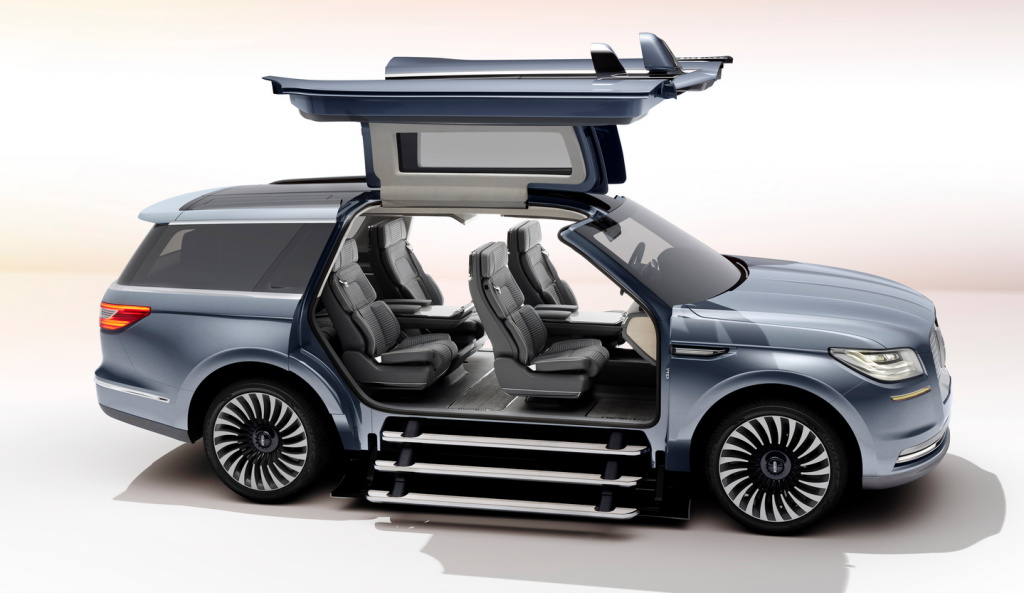 Lincoln unveiled a Navigator Concept at the 2016 New York Auto Show that forecasts what’s to come for the forthcoming redesigned production Navigator. The new look of the Concept matches the design motif of the recently unveiled 2017 Lincoln Continental and 2017 MKZ.

Clearly, the Navigator Concept’s most head-turning feature is its gigantic power gullwing doors, which cover both the first and second seating rows. If the doors weren’t enough, there are deployable concertina steps with a special welcome lighting sequence. Decadent! 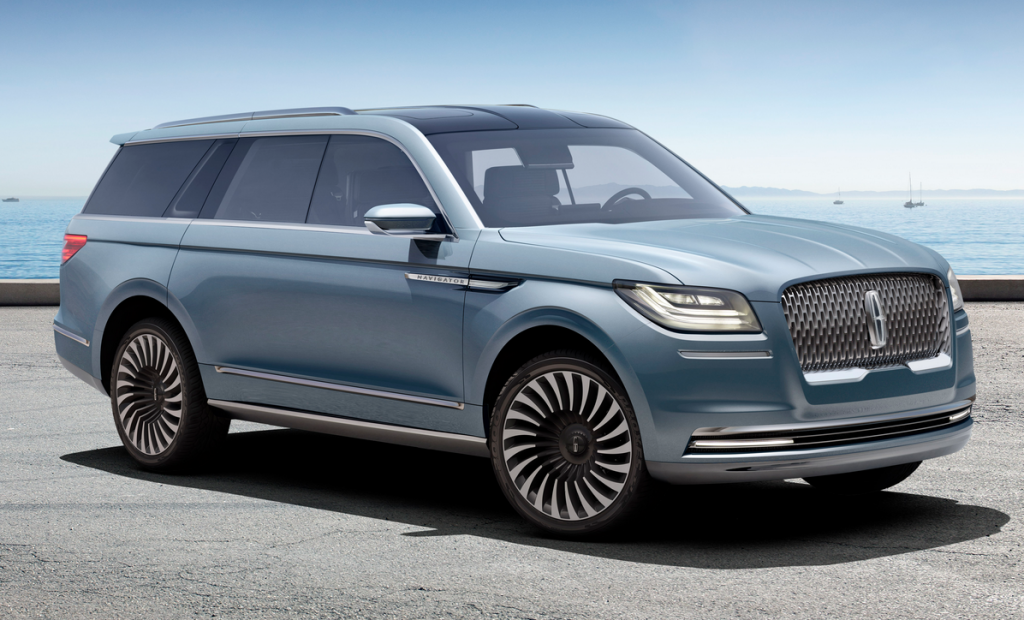 Much of the Navigator Concept’s design was inspired by luxury sailboats and yachts, including the Storm Blue exterior finish and the interior layout, which includes a “wardrobe management system” with storage for jackets, shoes, sunglasses, watches, and other personal accessories. (We’re guessing it’s not intended for Keds or Timexes.)

Like the current Lincoln Navigator, the Concept is powered by a 3.5-liter twin-turbo V6, but it puts out more than 400 horsepower instead of the production model’s 380 hp. The Concept also offers multiple drive modes that alter steering, suspension, and noise levels. Other features include Pre-Collision Assist with Pedestrian Detection, lane-keep assist, a 360-degree camera, and four separate Wi-Fi-enabled headrest-mounted monitors for second- and third-row passengers.

Even for a concept vehicle, the Navigator Concept’s outlandish power gullwing doors and deployable concertina steps (which certainly won’t make it to production) are certifiably bonkers… and directly at odds with Lincoln’s professed focus on “quiet luxury.”  Wacko doors aside, the Navigator Concept’s styling looks cohesive and classy, even if it cribs a bit from the Land Rover playbook with its blacked-out roof pillars and crisp body-side sculpting. If Lincoln’s eventual execution of the next-generation production Navigator is truly first-class in cabin materials and overall quality, it should turn out to be a better Cadillac Escalade alternative than the current Navigator.