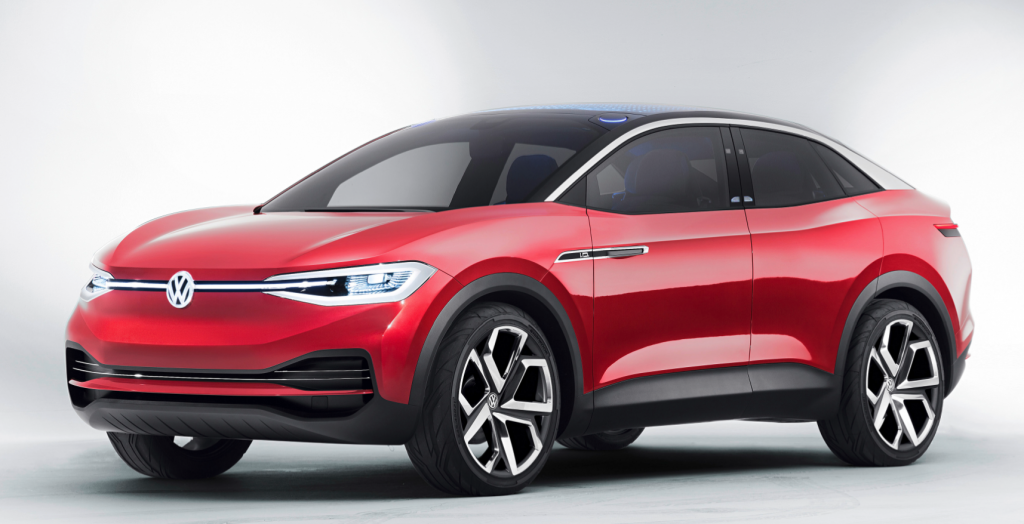 Volkswagen announced at the 2017 Los Angeles Auto Show that its I.D. CROZZ  concept vehicle is a preview of an all-new pure-electric production SUV that is scheduled to debut as a 2020 model. The I.D. CROZZ Concept, which debuted at the Shanghai Auto Show and was shown in updated form at the Frankfurt Auto Show earlier this year, was displayed at the L.A. Auto Show alongside the original Volkswagen I.D. and I.D. Buzz concept vehicles.

The I.D. CROZZ is set to be the first showroom-ready example of an ambitious push toward electric vehicles at Volkswagen; the company has set a goal to build 15 different VW EVs globally by 2025. One of those vehicles will be a production version of the I.D. BUZZ Concept—a revival of the iconic Volkswagen bus of the 1960s that is slated to debut as a 2022 model.

The I.D. CROZZ is roughly the size of the 2018 VW Tiguan, and utilizes a “four-door coupe” body design. It combines an 83-kWh lithium-ion battery pack with a two electric motors—the motor mounted on the front axle makes 101 hp and the motor mounted on the rear axle makes 201 hp, for 302 hp total. VW anticipates a driving range of up to 300 miles, and says the vehicle can recover 80 percent of its charge in 30 minutes when hooked to a 150 kWh DC charger.

The I.D. CROZZ Concept features Volkswagen’s I.D. Pilot self-driving system, which the company plans to introduce for 2025. The system uses four laser scanners that pop up from the roof, as well as front- and side-area view cameras and ultrasonic and radar sensors. In self-driving mode, the steering wheel retracts and the cabin’s ambient lighting turns from light blue to red.

With its I.D. family of concept vehicles, Volkswagen seems poised to follow a electric-vehicle strategy similar to BMW and its i electrified vehicles—namely, a distinct model-name convention and a design motif that stands apart from the rest of the model lineup. Volkswagen is signaling a strong commitment to electric vehicles with the I.D. lineup, but it’s tough to say at this point how closely the 2020 production SUV will follow the I.D. CROZZ concept in styling or features—we’d expect the showroom version to dial back significantly on the gee-whiz elements of the concept.