It’s just a concept for now, but this “4-door coupe” seems a logical addition to the existing Mercedes-AMG GT 2-door Coupe. From what was shared today, anything is possible. 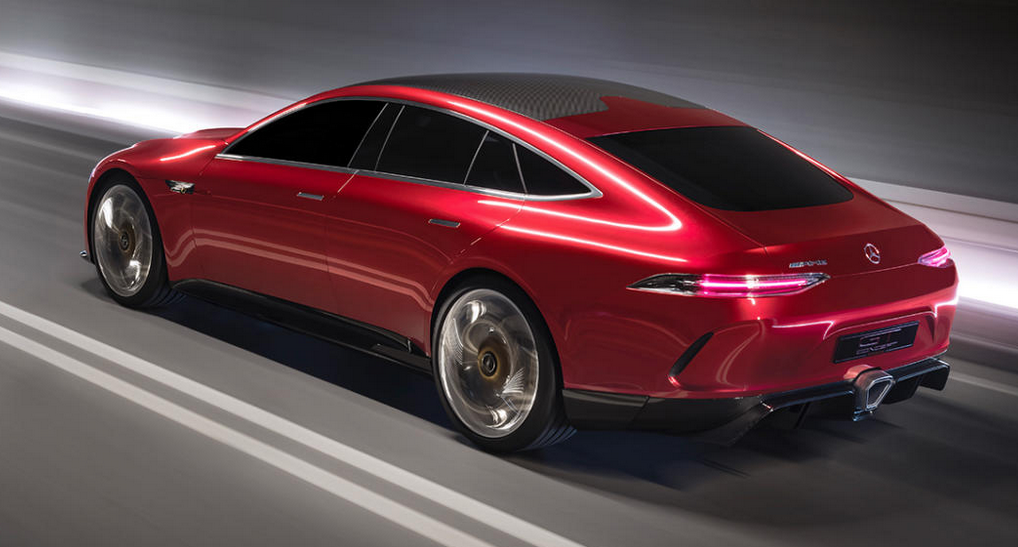 But the stunning GT Concept is really a platform to announce the company’s new alternative drive configuration called “EQ Power+,” which presumably is a hybrid system of a very high-performance nature. Mercedes is mum, however, on the specifics.

Whatever that EW Power+ system turns out to be, it’s certainly housed in a very appealing wrapper – which would be equally appealing with a “conventional” AMG biturbo V8 inside. Just sayin’….

Understood to be oldest existing car company on the planet, Mercedes-Benz dates itself all the way back to 1886. This German auto builder is best known in the U.S. for selling luxury cars and crossovers, and is one of the more successful retailers of diesel vehicles in this market.