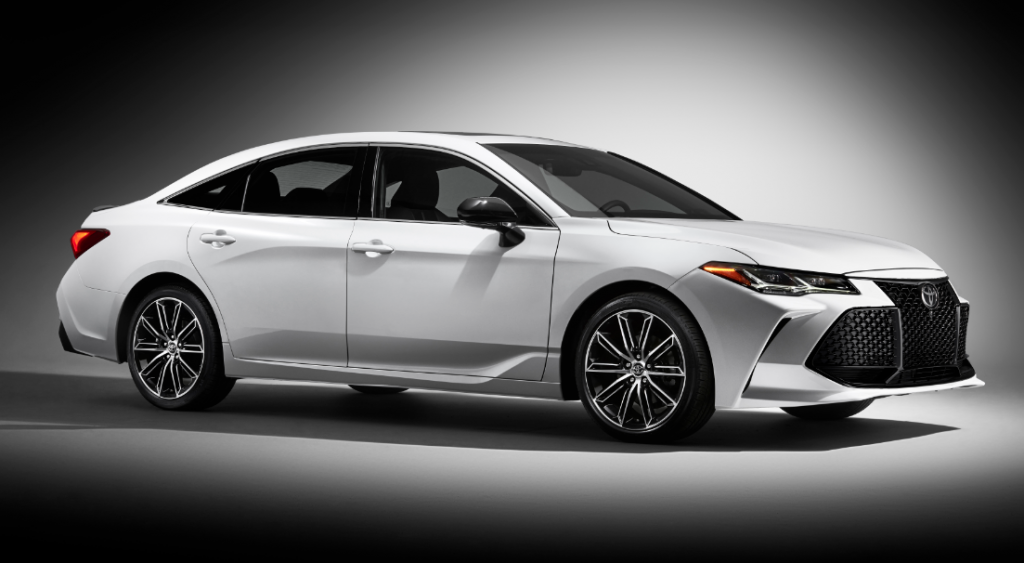 DETROIT—In the wake of the all-new Camry midsize sedan launched for 2018, Toyota unveiled the redesigned 2019 Avalon large sedan at the 2018 North American International Auto Show in Detroit. Like Camry, the new Avalon moves to the Toyota New Global Architecture (TNGA), a platform that will eventually host most of the brand’s cars and crossovers.

The fifth-generation Avalon was developed at Toyota’s Calty Design Research facility in Ann Arbor, Michigan. Overall dimensions were altered a bit for a slightly sleeker profile–the new Avalon is about an inch lower and an inch longer overall than the previous-generation car, and the wheelbase grows by two inches.

Newly available is an adaptive suspension which Toyota claims will improve handling.

The new Avalon is scheduled to go on sale in late spring 2018, and will be built at Toyota’s Georgetown, Kentucky assembly facility. No word yet on pricing.

Avalon has never been positioned as a cutting-edge vehicle, catering instead to more conservative shoppers looking for comfortable and unchallenging transportation. While updates included in the 2019 redesign will bring Avalon up to date connectivity-wise, we suspect the car’s generally relaxed demeanor will not be compromised—and that’s a good thing. There’s still a market for big, comfortable sedans, even if that market is shrinking.