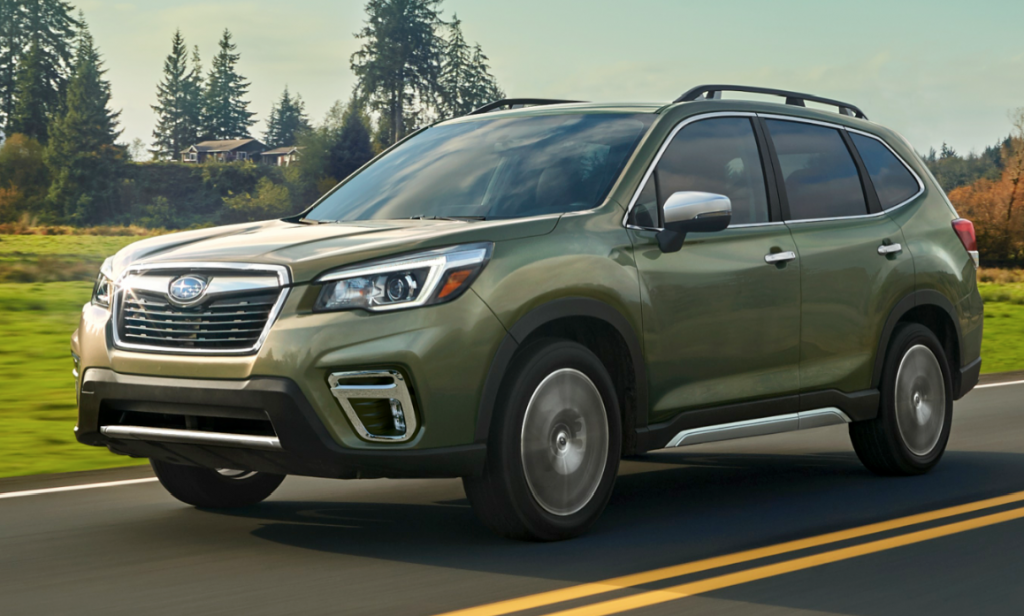 Subaru unveiled the all-new fifth generation of its popular compact SUV at the 2018 New York Auto Show. The 2019 Subaru Forester offers a bit more passenger and cargo room than its predecessor and gains an updated engine, several new technology features, and a new trim level.

The new Forester is built on the Subaru Global Platform, which debuted on the redesigned-for-2017 Subaru Impreza. The wheelbase has grown 1.2 inches over the previous Forester, which enables a commensurate improvement in rear-seat legroom. Subaru says that headroom, hip room, and shoulder room have also been improved. Likewise, cargo capacity has been increased by 1.4 cubic feet with the rear seat lowered, for a maximum volume of 76.1 cubic feet.

The lone powerplant is a new version of Subaru’s 2.5-liter 4-cylinder BOXER engine. It gains direct injection, a higher compression ratio, and an active valve control system on the exhaust side. The engine is rated at 182 horsepower (12 hp more than the outgoing Forester) and is paired with a continuously variable transmission and Subaru’s Symmetrical All-Wheel Drive system. 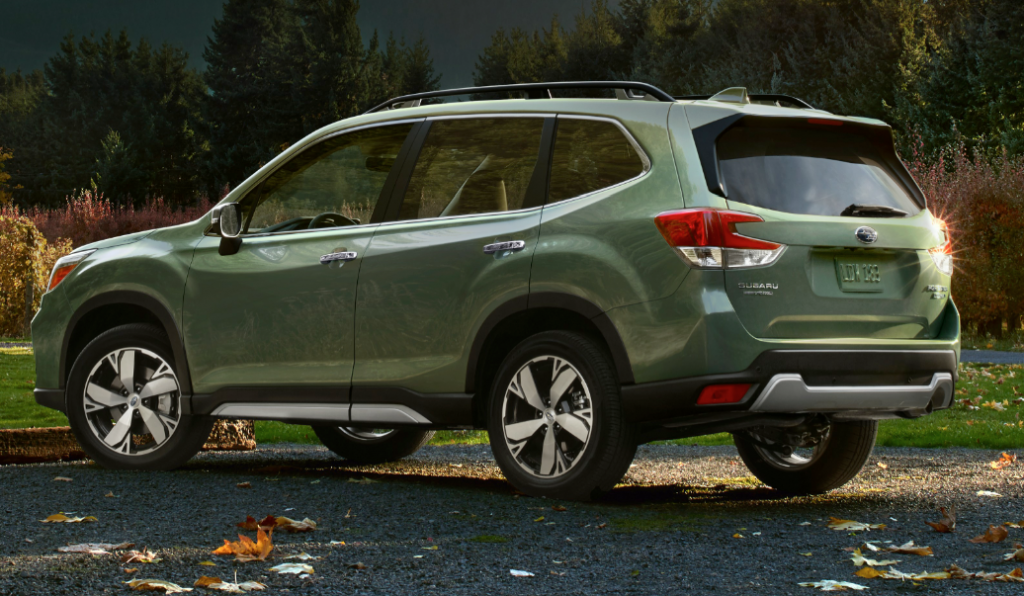 The model lineup ascends through Premium, Sport, Limited, and Touring trim levels. The Sport is a new addition; it gets unique trim features such as black-finished 18-inch wheels, a special Sport grille with gloss black frame, and an exclusive dark-gray interior with orange stitching. Also included are a rear-gate LED flood light that illuminates the area around the liftgate when it is open, and a special version of the Subaru Intelligent Drive (SI-DRIVE) drive-mode selector that includes Intelligent and Sport Sharp modes.

Standard on the top-line Touring model is Subaru’s new DriverFocus safety technology, which is aimed at curbing distracted driving. DriverFocus is a driver monitoring system that uses facial recognition software to detect driver fatigue or driver inattention. The system can recognize up to five drivers, and also remember their memory presets for seat position, climate controls, and other vehicle settings.

Available features include a panoramic sunroof, heated steering wheel, heated front and rear seats, and number of SUBARU STARLINK Connected Services (including remote engine start) via the MySubaru smartphone app. The 2019 Subaru Forester is slated to go on sale later this year.

The Subaru Forester occupies something of a sweet spot in the compact-SUV segment. It’s a bit more car-like than most of its class rivals, but it is still fully competitive in terms of spaciousness and on/off-road functionality. The redesigned 2019 model appears to do a good job of retaining the Forester’s winning personality and key traits while upping the ante on safety technology and comfort/convenience features.