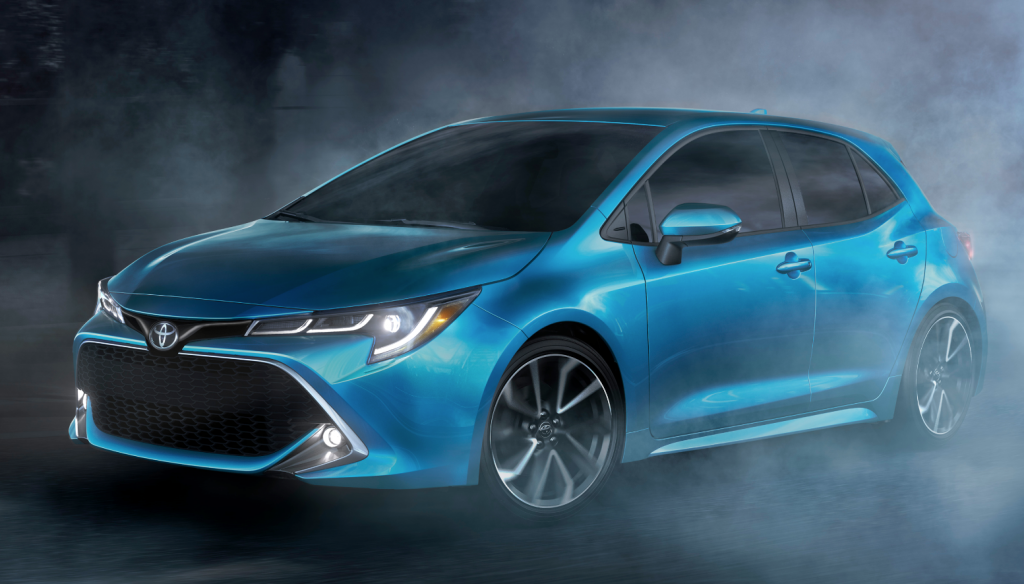 In advance of the car’s debut at the 2018 New York Auto Show, Toyota has unveiled its redesigned 2019 Corolla—and the new model is a hatchback instead of a sedan.

In addition to the body-style change, the new Corolla is a bit longer, lower, and wider than the outgoing-generation model. It utilizes the Toyota New Global Architecture (TNGA) Platform, versions of which also underpin the current Toyota Prius and the unconventional C-HR crossover. Toyota says the torsional rigidity of the new Corolla’s body structure is improved by 60 percent over its predecessor.

Under the 2019 Corolla Hatchback’s hood will be Toyota’s new “Dynamic-Force” direct-injection 2.0-liter 4-cylinder engine. Horsepower and torque numbers haven’t been released yet, but we’d expect to see a rating in the neighborhood of 140-150 hp. Both a “Dynamic-Shift” continuously variable transmission (CVT) or an “iMT” six-speed manual gearbox will be available. The CVT features a Sport mode, simulated 10-speed “gear” steps that mimic the feel of a traditional automatic, and a “launch gear” for quicker off-the-line acceleration than the typical CVT affords. 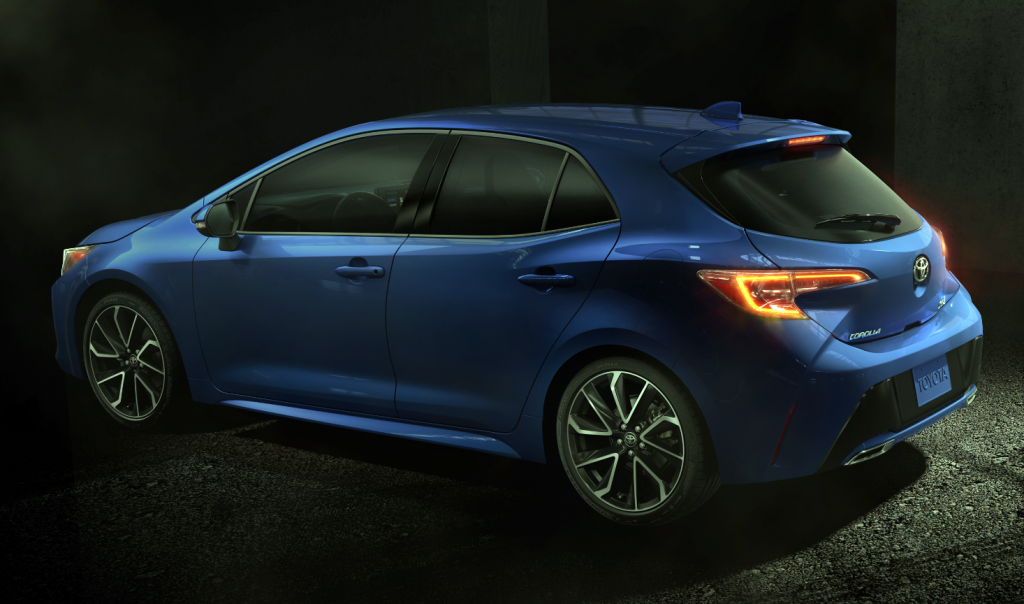 The Toyota Corolla was definitely due for a redesign. The current-generation model is one of the oldest vehicles in the compact-car class—it debuted back in 2013, and hasn’t seen any significant updates since. This new hatchback certainly looks more dynamic, and we are hopeful that it will feel more dynamic from behind the wheel as well. We’ve experienced a version of the TNGA platform in the new-for-2018 Toyota C-HR crossover, and we were impressed with that vehicle’s solid feel and fun-to-drive nature.