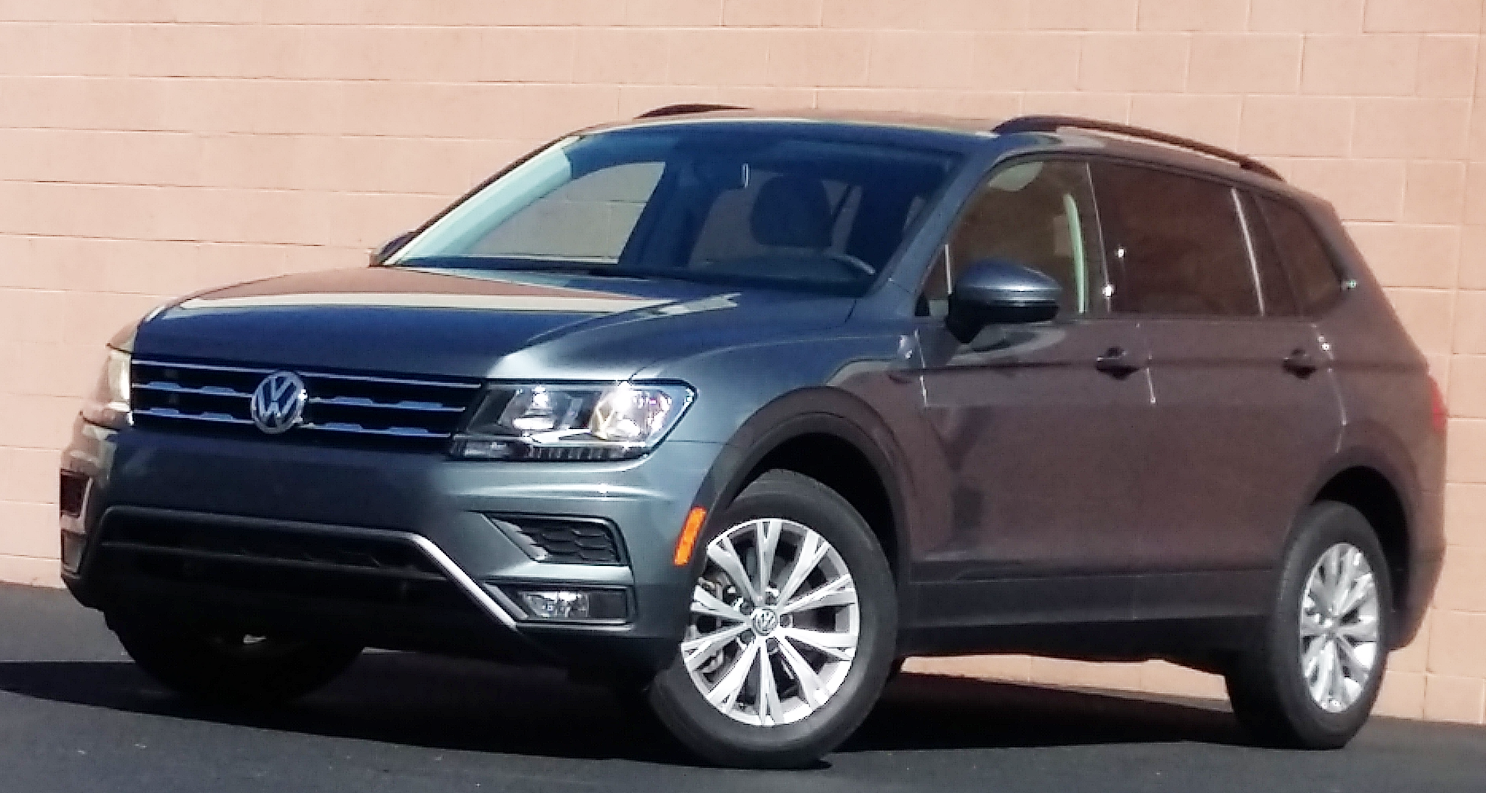 The not so good: Visibility, engine noise under acceleration

Volkswagen has never been a big player in the highly popular crossover game, and though it’s clear the company is now trying harder, it’s a little difficult to figure out its head-scratching naming strategy.

Previously, Volkswagen offered the slow-selling, compact 5-passenger Tiguan, along with the much larger – but equally slow-selling – midsize 5-passenger Touareg, neither being names that just roll off the tongue. For 2018, VW has dropped the Touareg while adding two new crossovers. The first is the all-new, midsize, 7-passenger Atlas. The second is … a second Tiguan.

You’d think the folks at VW could have come up with a third moniker, if only for clarity’s sake. Not to mention that the “Tiguan” name doesn’t exactly hold a whole bunch of marketing equity. 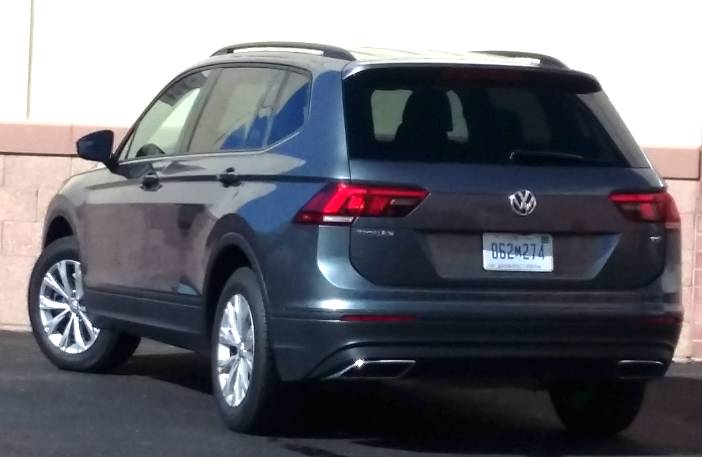 A tale of two Tiguans: The “new” Tiguan is 10.6 inches longer than the “old” one (which carries on as the Tiguan Limited), allowing for an available third-row seat that boosts passenger capacity from five to seven — and more cargo space.

But at least the two Tiguans are markedly different. Yes, the new version looks much the same as the old – which adopts a “Limited” suffix for 2018 – but it doesn’t take a long look to notice it’s … longer. And that added length has been put to good use, for besides greater rear legroom and cargo space, there’s also the availability of a third-row seat to expand passenger capacity from five to seven.

Which, of course, now gives Volkswagen three crossovers: two with available 7-passenger seating, and two with the same name.

Although one might question the naming scheme, the vehicles themselves are hard to fault. The smaller Tiguan Limited (formerly just “Tiguan”) – which checks in at 174.5 inches in length – has always been one of our favorite compact crossovers, its biggest failings being high-ish prices for the class and lack of strong marketing focus. At the opposite end of the spectrum is the new Atlas, whose 198.3-inch length helps make it one of the biggest SUVs in the midsize class.

In between sits the new Tiguan. At 185.1 inches, it’s 10.6 inches longer than the Tiguan Limited and at the long end of the compact-crossover class. We previously tested (and did a thorough review of) a “step-up” SE model with AWD and 5-passenger seating; this time we sampled a base S with front-wheel drive and seating for seven.

As the Tiguan is one of only three vehicles in the compact-crossover class to offer a third-row seat (the others being the Nissan Rogue and Mitsubishi Outlander), that stands as a major selling point. And we found it actually will hold seven adults, albeit only those of the “average size” variety. That’s not to say taller folks won’t fit in a Tiguan — there’s plenty of front headroom and legroom, and an average-size adult can easily fit in the second row behind one — but moving the second-row seat all the way back on its 8-inch runners will put it right up against the cushion of the third row, so nobody could fit back there in that case — unless they sit side-saddle (which we’re pretty sure is both unsafe and illegal). But that sliding second row allows opening up a decent-size portal to the third row, and also enables balancing second- and third-row legroom if you fill all the seats, which we did. Granted, the third row will only accommodate those up to about 5’7 — with their heads possibly brushing the headliner — and they’ll sit knees-up, but the ones we placed back there for a 20-minute trip never asked the proverbial, “Are we there yet?” … though we certainly heard plenty else out of them. 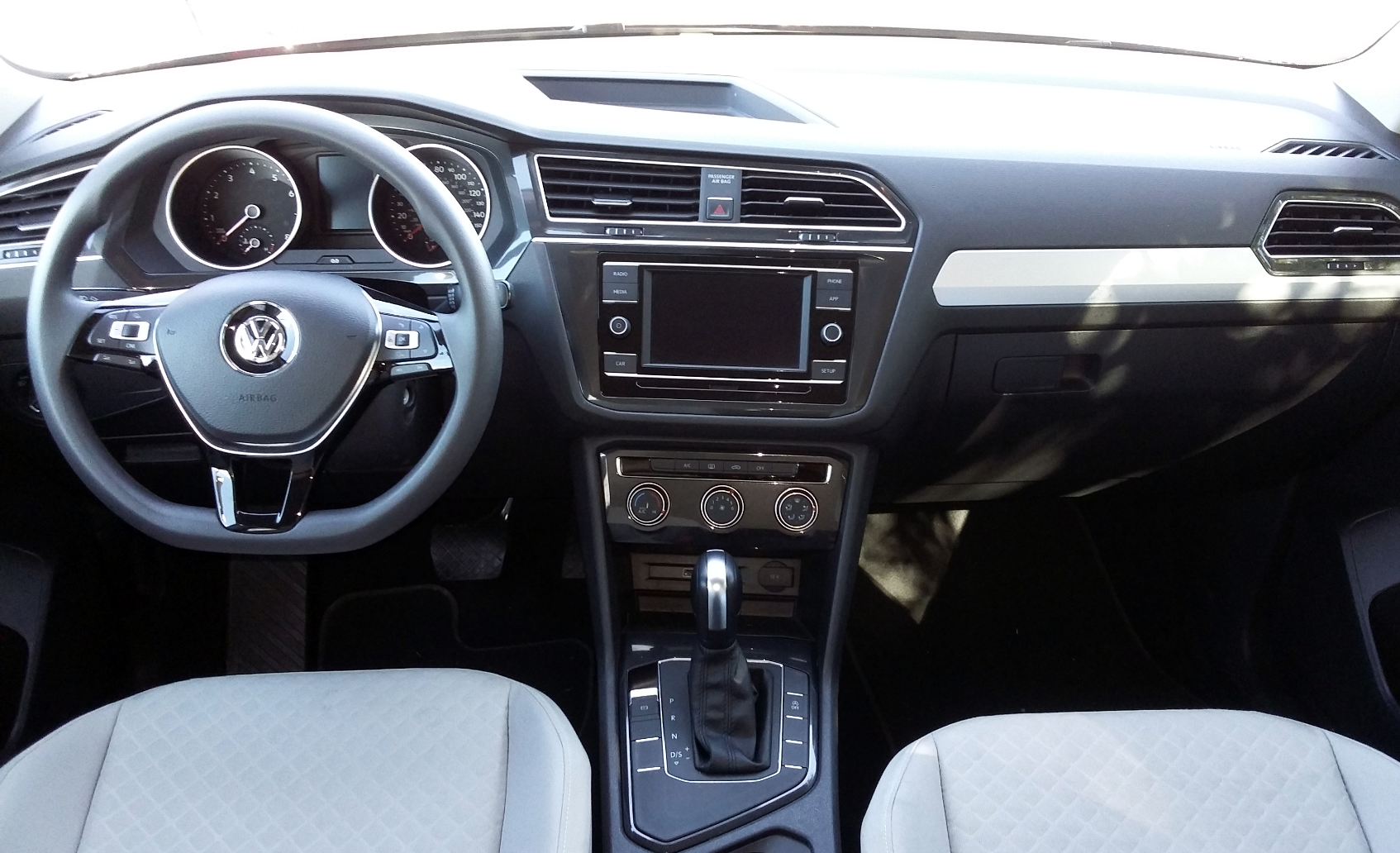 Home sweet home. Tiguan’s interior is not only comfortable and roomy, but also nicely laid out, with a clean design and classy-looking materials.

Looking at the specs for the Tiguan, one notices not only that the sole engine offered is a 2.0-liter turbo, but that it’s rated at just 184 horsepower — odd, as that’s not only very low for a “boosted” 2-liter, but also because it’s 16 down from the 2.0-liter turbo in the Tiguan Limited. But while it’s reasonably peppy, with decent off-the-line punch and fairly prompt power delivery when the throttle is stabbed from speed, what it’s not is quiet … at least, not when it’s working. Under acceleration, it makes a decidedly gravely sound, though that completely disappears when cruising, and that engine helped us average a thrifty 28.4 mpg in about 70 percent highway driving. In other “dynamic” news, we found the ride to be impressively comfortable, even with seven people aboard.

One of the things we’ve always liked about Volkswagens is their traditionally simple control layout, and the new Tiguan is no exception. Granted, this tester had no satellite radio, no navigation, and no CD player to accommodate, but its audio controls were easy to figure out and reach, as were the simple, three-dial climate controls. We also like the interior materials used, as all were nice looking, and even the door tops were padded.

Less impressive was visibility. While the front pillars are very thin, the side pillars aren’t — blocking a fair amount of the view over the driver’s left shoulder — and though the rear pillars are also quite thin, the second-row headrests interfere with your view both straight back and of the corners. However, they won’t if they’re either removed or the rear seat back is folded down, and a rearview camera is standard. 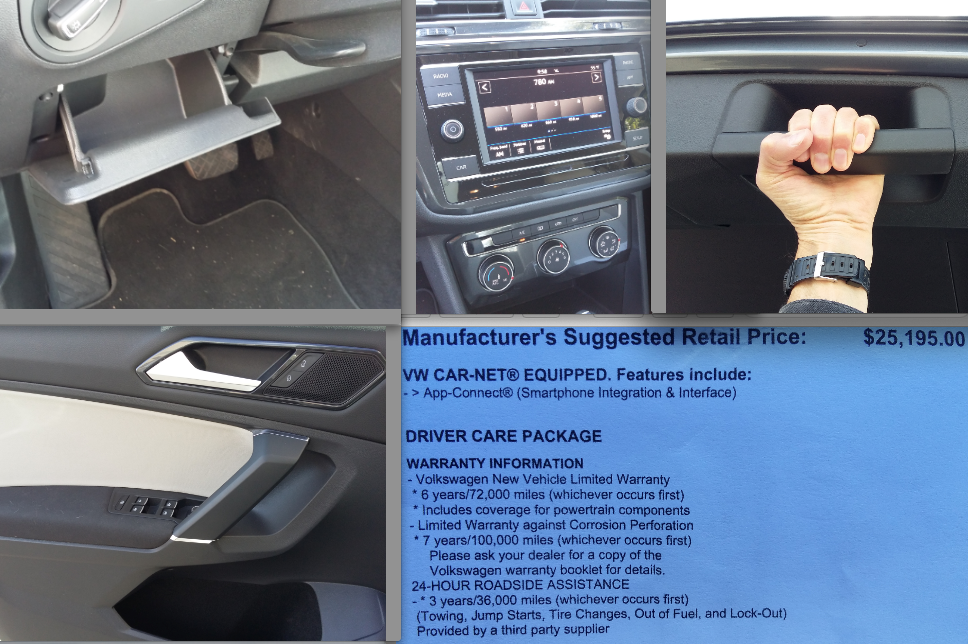 Some appreciated Tiguan touches (clockwise from top): Handy fold-down left-side dash bin, clean and simple control layout, rear liftgate grab handle that allows for an “underhand” grip (as an overhand one can hurt/break your wrist if you don’t get your hand out in time), Volkswagen’s comforting 6 year/72,000 mile bumper-to-bumper warranty, vertical door handle that makes it easier to close the door than with one that’s farther back in the armrest.

Interior storage space is good overall, but only average for the class. Of note is a large glovebox, a forward console bin under 12-volt and USB plugs, a dashtop tray, and a fold-down left-side dash bin. Cargo space in back is likewise good but not outstanding, as the roomy hold is marred by a floor that’s raised about three inches above the hatch opening with little space underneath. That’s likely necessitated by the third-row seat, as our previously tested 5-passenger version’s floor was level with the opening. (And indeed, Volkswagen lists cargo capacity as 65.7 cu. ft. in 3-row form, 73.5 with two rows.) Either way, however, the folded second-row seat backs rest level with the cargo floor, a real help when sliding long items forward.

Our base front-drive S carried no options, leaving it with a very modest $25,495 sticker, including the $900 destination charge. That seems like a bargain, with the $1300 added for AWD (which makes the third row a $500 option) even more so. Perhaps that — plus the overall goodness of the Tiguan itself — will be enough to make VW far more competitive in the hotly contested crossover game.

Granted, they didn’t know our base S lacked a lot of the niceties fitted to higher-line models, but most of the seven who rode in it guessed its price to be about $10,000 more than it actually was. Indeed, the new Tiguan strikes us as a really roomy — and really nice — crossover for the money.