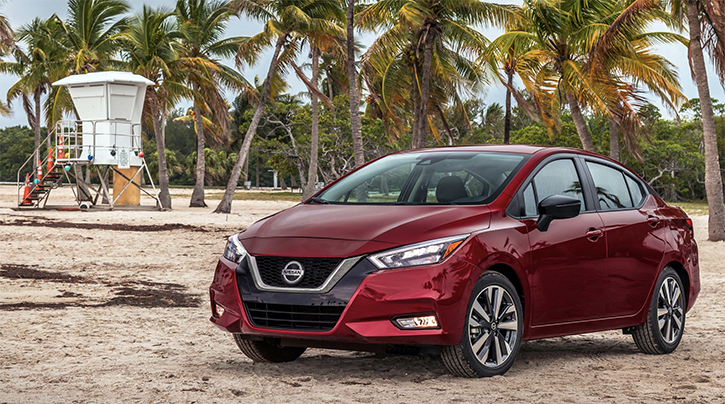 Nissan took the wraps off an all-new third-generation version of its subcompact sedan today at Rock the Ocean’s Tortuga Music Festival in Fort Lauderdale, Florida. The redesigned 2020 Nissan Versa is slightly lower, longer, and wider than the previous-generation model, and it gets much flashier styling and several new technology features.

The engine is a 1.6-liter 4-cylinder with 122 horsepower and 114 lb-ft of torque paired with either a 5-speed manual or a CVT automatic. Standard features include remote keyless entry, push-button starting, and power windows; available features include automatic climate control, heated front seats, and Apple CarPlay/Android Auto functionality. 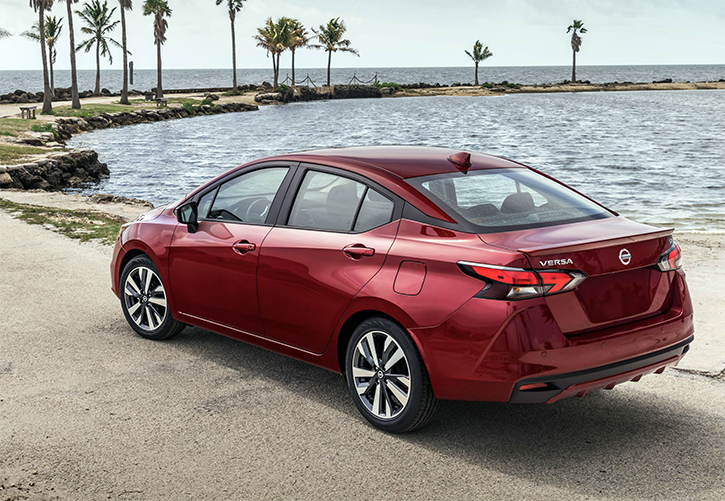 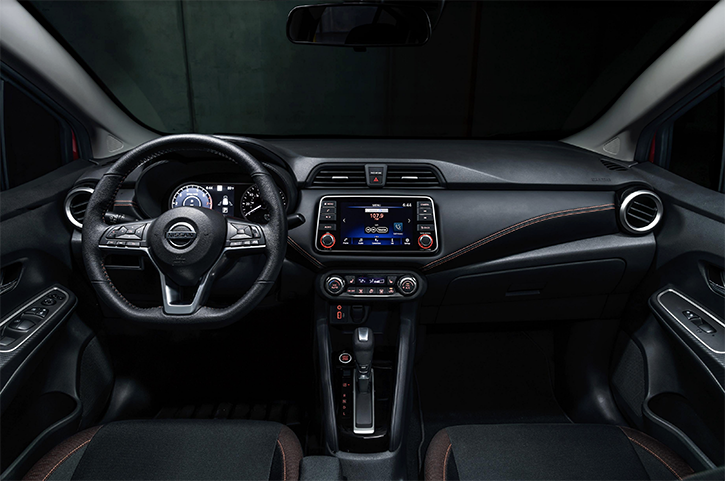 The Versa’s exterior design uses the latest version of Nissan’s “Emotional Geometry” design language. The V-motion grille, boomerang-shaped headlights and taillights, and kicked-up “floating roof” rear-pillar design are in keeping with the look of the Versa’s larger siblings in Nissan’s product line, the Altima and Maxima.

The 2020 Nissan Versa is slated to go on sale this summer.

Even in the entry-level segment that the Nissan Versa plays in, traditional four-door sedans have been pushed to the sidelines by the recent influx of subcompact crossovers—vehicles like the Hyundai Kona, Toyota C-HR, and Nissan’s own Kicks and Rogue Sport. Still, we give Nissan credit for adding a lot more pizzazz to the Versa’s looks (both inside and out), and endowing it with a good selection of desirable technology and safety features. There appears to be a bit of upscale flair to the interior trim that should make things feel a little nicer than budget grade. Nissan hasn’t released pricing yet, but the Versa is sure to be aimed at penny-pinching shoppers, which could end up making it a compelling value against those subcompact crossover competitors.