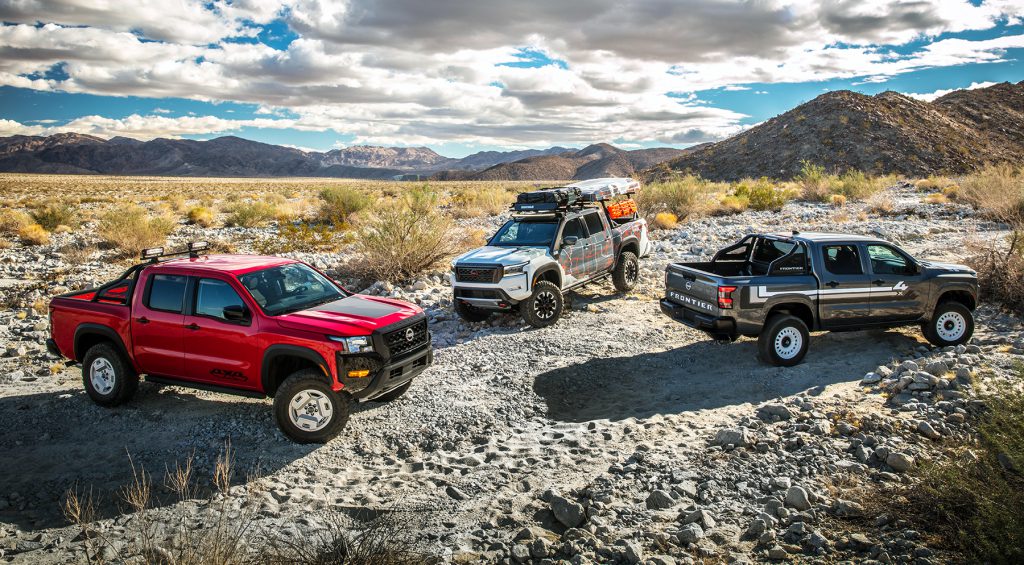 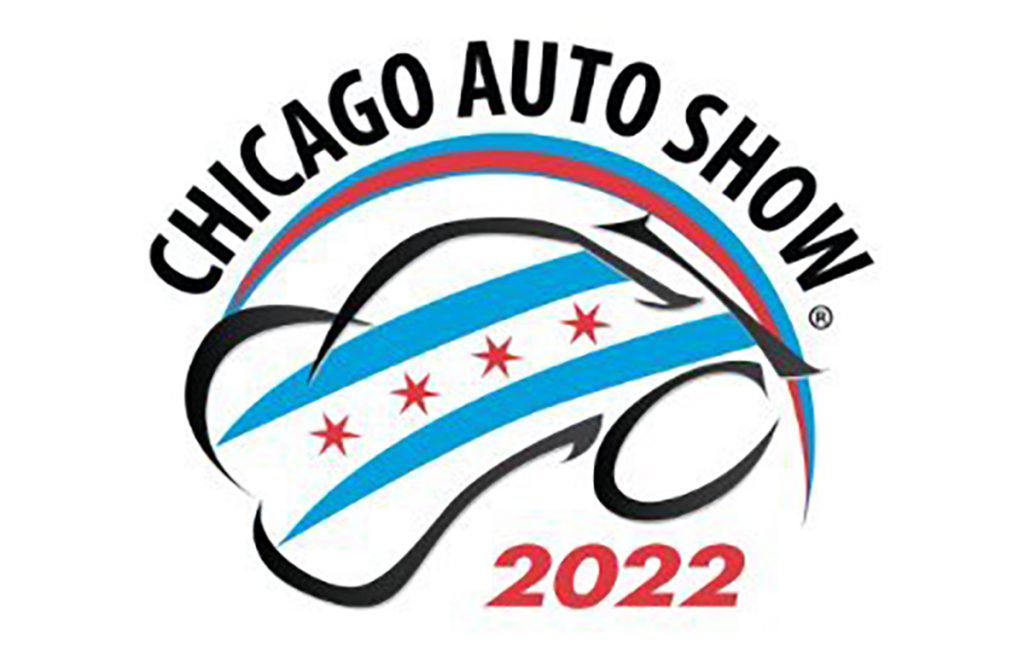 At the 2022 Chicago Auto Show, Nissan is unveiling a trio of pickup-truck concepts based on its redesigned-for-2022 Frontier midsize pickup. As concept vehicles go, these are pretty down-to-earth machines—they’re all based on the regular-production 2022 Frontier, with the addition of readily available Nissan Accessories components and aftermarket accessories, as well as a few custom one-off pieces and body graphics.

The concept trucks are all Crew Cab 4x4s, and they cover the three trim levels in the 2022 Frontier lineup: S, SV, and PRO-4X. All three pickups are equipped with black exhaust finishers (exhaust tips) from the Nissan Accessories catalog, as well as Calmini lift kits with adjustable upper suspension arms. 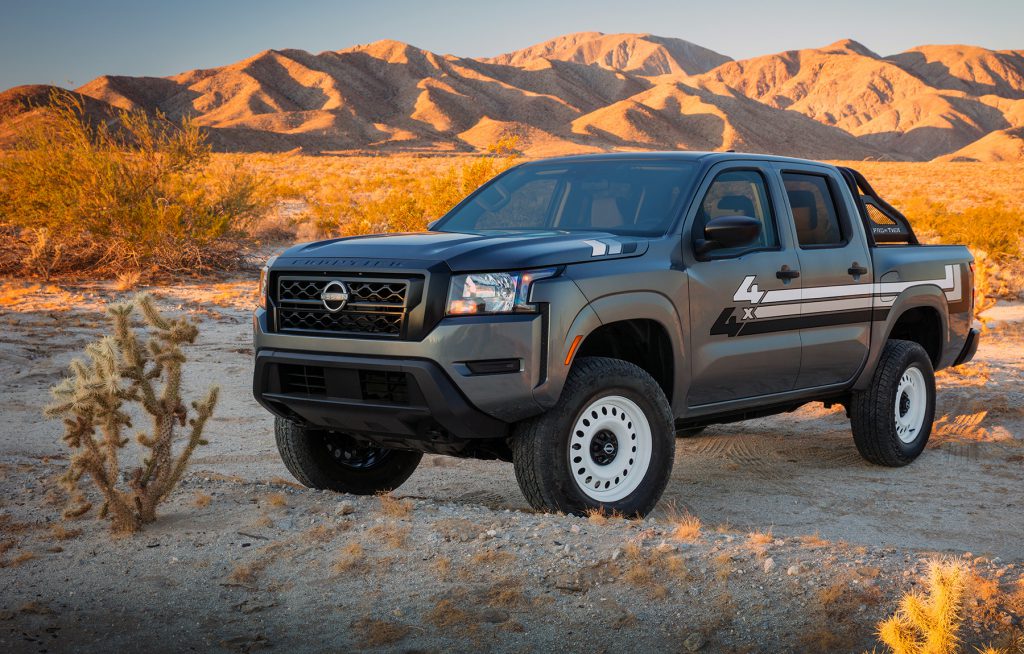 The Project 72X is built off the S trim level and serves as an homage to the Datsun 720 pickup truck, which was introduced for the 1980 model year in the United States. In 1983, the 720 became the first vehicle assembled by Nissan in the U.S. when it began production at the Smyrna Vehicle Assembly Plant in Tennessee. The Project 72X is outfitted with a 2.5-inch lift kit and white-painted steel wheels (they’re actually Frontier spare-tire wheels) mounted on PRO-4X all-terrain tires (Hankook Dynapro AT2s, to be exact). Finishing off the 72X are a Nissan Accessories sport bar (with a custom lettering plate) and custom body graphics that recall the original 720 trucks. 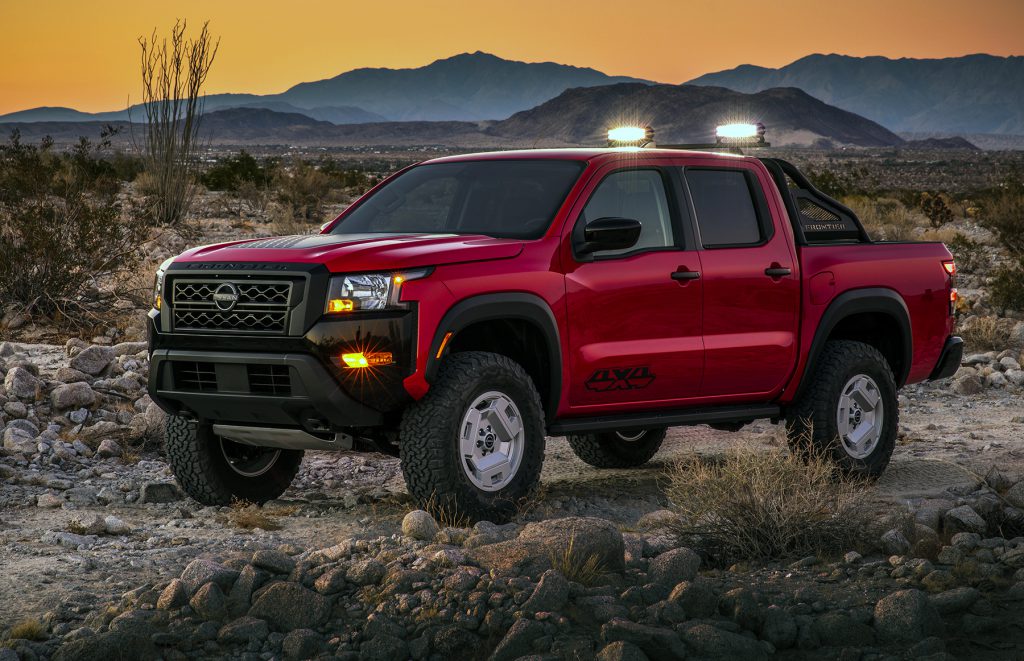 The Project Hardbody concept is based on the SV trim level and takes its inspiration from Nissan’s groundbreaking D21 “Hardbody” pickup, which debuted midway through the 1986 model year. The key visual feature of the Project Hardbody is the nostalgic design of the 17-inch wheels—a faithful modern-day adaptation of the distinctive block-style wheels of the original Hardbody pickups. The wheels are custom-made 17×8 inchers by Nissan Design America, and mount on BF Goodrich All-Terrain TA K02 tires. (Maybe a production version of these wheels might show up in the Nissan Accessories catalog in the future?) Other features of the Project Hardbody include a 3-inch lift kit, overfenders and a front skid plate swiped from the Frontier PRO-4X, custom 4×4 door graphics, custom spare-tire and light-bar mounts, and a black hood graphic from Nissan Accessories. 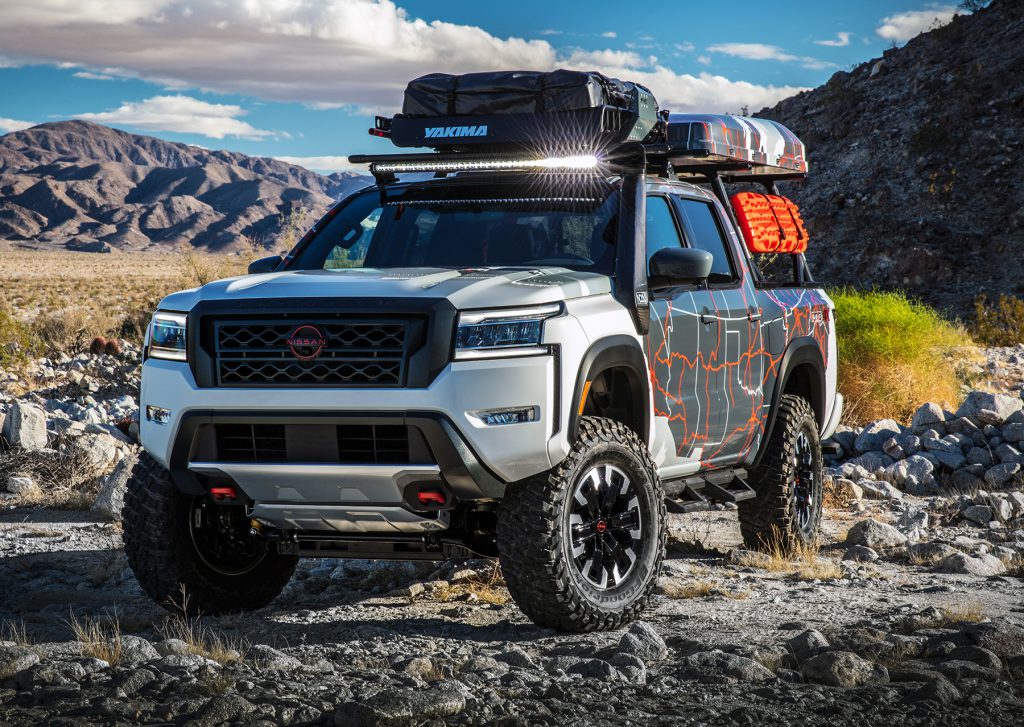 Yes, these pickups are “concepts,” but there aren’t any real secrets being revealed here about the design direction of future Nissan production pickups. The 72X, Hardbody, and Adventure concepts are simply fun design exercises aimed at showing off how the 2022 Frontier can be personalized with aftermarket accessories and a bit of customizing creativity. Plus, the 72X and Hardbody concepts are a nice tip of the cap to Nissan’s small-pickup-truck heritage. 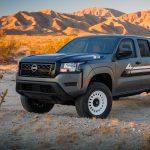 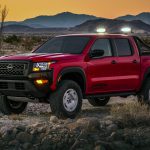 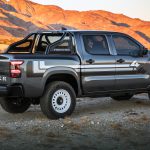 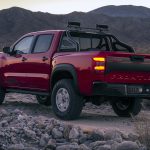 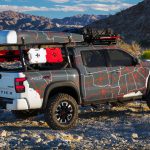