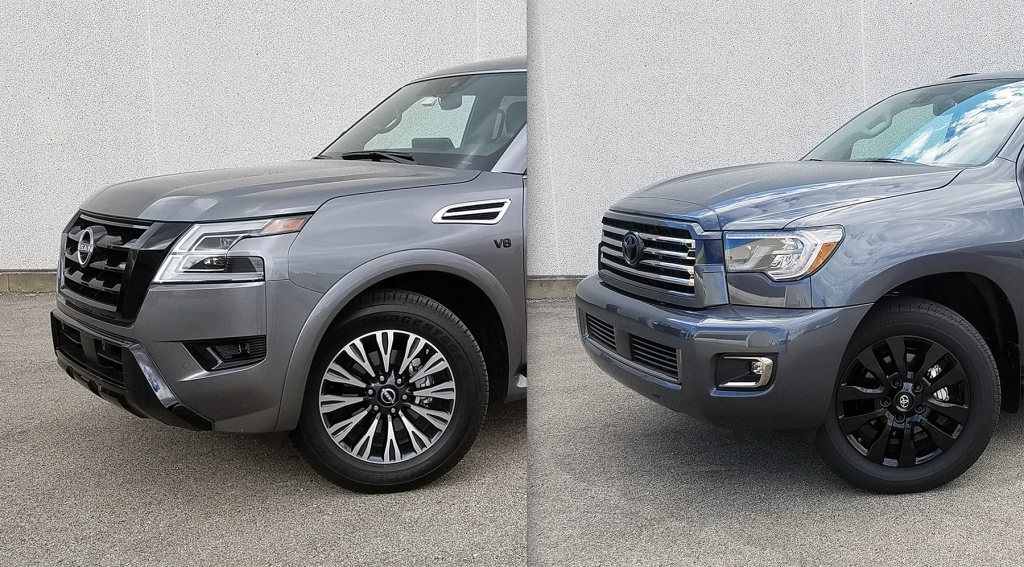 The full-size SUV segment has seen a lot of activity in the last couple model years. Jeep got back into the category in a big way with the revival of its Wagoneer model (and luxury-trimmed Grand Wagoneer version) for 2022. General Motors rolled out a formidable roster of all-new SUVs for 2021—the Cadillac Escalade, Chevrolet Tahoe and Suburban, and GMC Yukon. And Ford treated its Expedition (which was redesigned for 2018) to a heavy refresh for ‘22 that includes updated styling, upgraded tech and infotainment features, and an off-road-oriented Timberline model.

Meanwhile, the Nissan Armada and Toyota Sequoia have soldiered on as the elder statesmen of the class. The Armada was “redesigned” for the U.S. market for 2017, but that “new” model was actually a revised version of Nissan’s global-market Patrol SUV—which was redesigned for 2010. The Sequoia is older still… it was redesigned for the 2008 model year and hasn’t seen any major changes since.

The Armada sees no significant changes for 2022 after getting a refresh for 2021 that included updated styling and a redesigned dashboard with a 12.3-inch infotainment touchscreen. Likewise, the Sequoia doesn’t receive any noteworthy updates for ’22. Both vehicles got in on the blackout-trim trend for ’21: The Sequoia lineup added a Nightshade special-appearance model with black 20-inch wheels, dark-chrome exterior trim, and black leather upholstery, and the Armada gained a Midnight Edition Package for SL models that includes black trim elements inside and out, unique 20-inch alloy wheels, and Midnight Edition floor mats.

The Armada and the Sequoia are about as “trucky” (and as thirsty) as SUVs get these days. They’re built on truck-type body-on-frame platforms that provide a rugged foundation for towing and off-roading, but have on-road driving manners that are less refined overall than crossover-type SUVs (and the newer-design Large SUV class competitors, for that matter). Both are powered by big naturally aspirated V8s that deliver smooth, strong power but also drink gas at a ravenous rate.

You can check out how the Nissan Armada SL Midnight Edition and Toyota Sequoia Nightshade stack up here, and peruse our previous reviews of an Armada Platinum and Sequoia TRD Sport for more info. Toyota just unveiled its new-generation Sequoia, which is based on the redesigned-for-2022 Tundra full-size pickup truck and is slated to launch this summer as a 2023 model. The current Armada will hang around a little longer; Nissan is said to be planning a redesign for the second half of 2024. 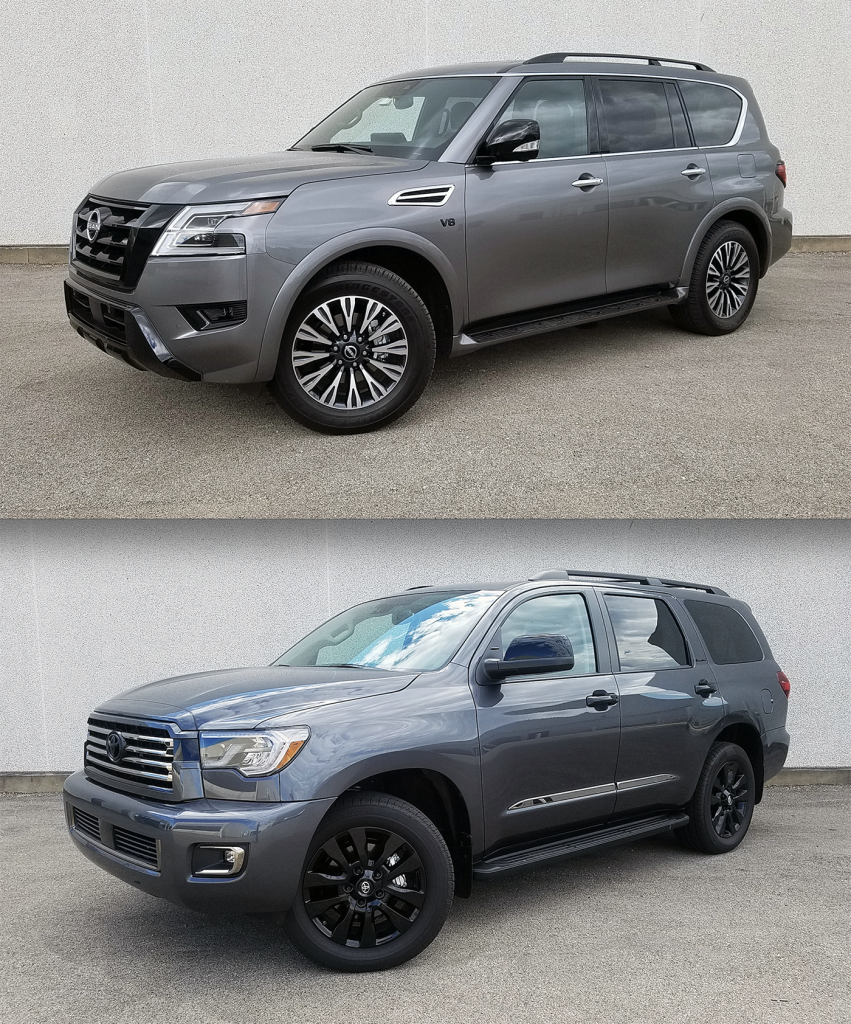 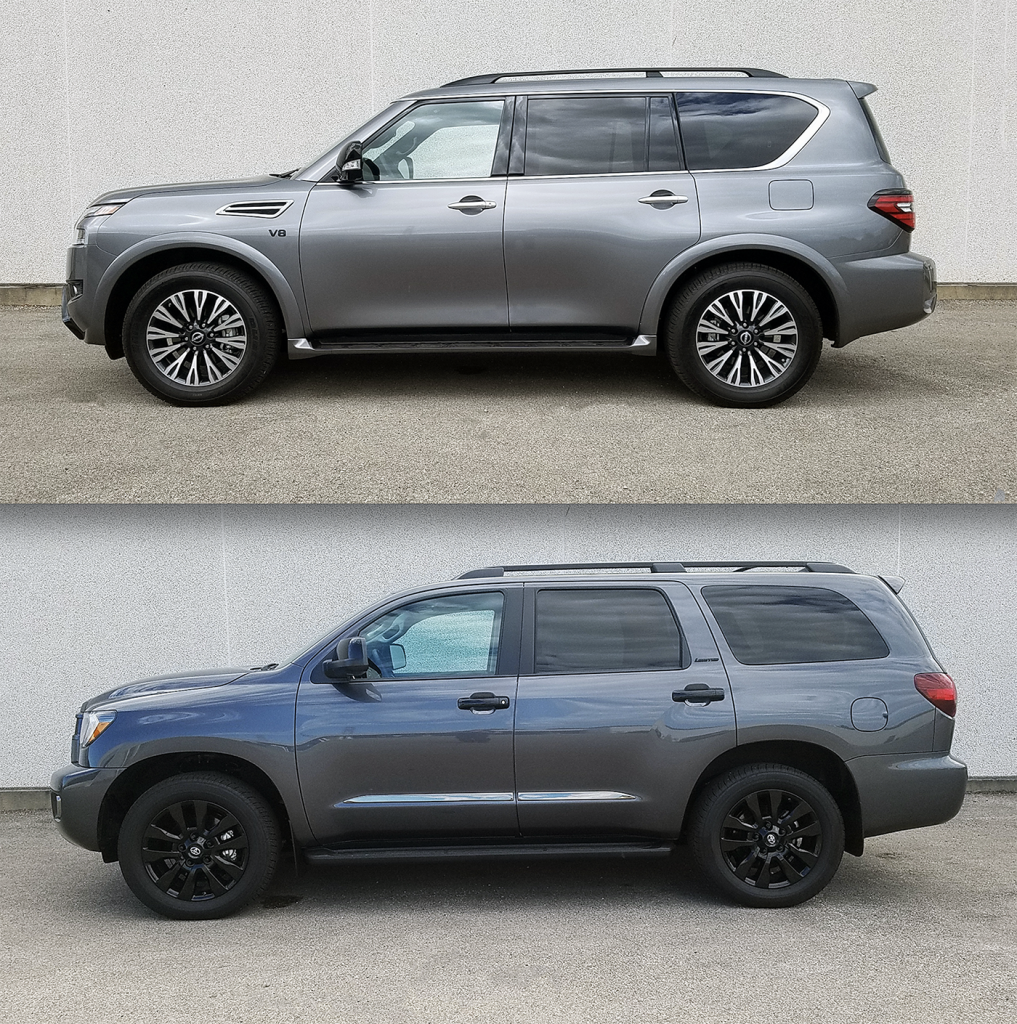 All Armada SL models come standard with 20-inch alloy wheels, but the Midnight Edition’s 20s have a unique design. The Sequoia takes its blacked-out look further, with black-finish 20-inch wheels.

The Armada and Sequoia’s V8 powertrains are similar in size, power, and fuel economy. The Armada is powered by a 5.6-liter that makes 400 horsepower and 413 lb-ft of torque, while the Sequoia has a 5.7-liter that makes 381 hp and 401 lb-ft. Not surprisingly, our observed fuel economy wasn’t good in either one: We averaged 14.4 mpg in the Sequoia (which was a 4×4 model) and 14.5 mpg in the Armada (which was rear-wheel drive; 2WD vehicles are almost always more efficient than 4WD/AWD vehicles). Note, however, that our Armada test included a higher percentage of city driving (which is almost always less economical than highway driving for non-hybrid vehicles). 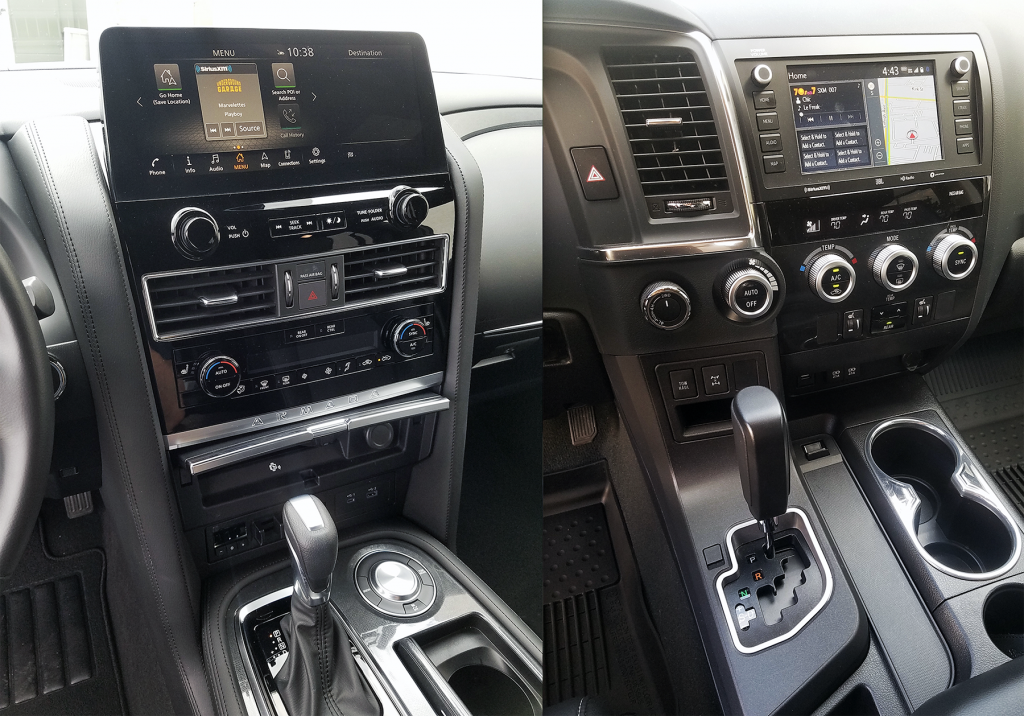 We’ll give the Armada the advantage for dashboard layout and available technology features. The new-for-2021 widescreen infotainment display helps give it a more up-to-date look and feel compared to the Sequoia’s dash, which is REALLY showing its age. Even so, we appreciated the Sequoia’s simple control layout and large, easy-to-use climate-control dials. The Sequoia bests the Armada in terms of small-items storage space as well.

As expected, second-row space is very generous in both vehicles, but the Armada felt slightly roomier than the Sequoia. Our Armada was equipped with a large center console that housed cupholders and a large storage bin with a padded armrest/cover. The Sequoia also offers a second-row console, but only on the top-line Platinum trim level. (It’s worth noting that the lack of a second-row center console creates a pass-through to the third-row seats, and also makes the third-row feel less claustrophobic.) 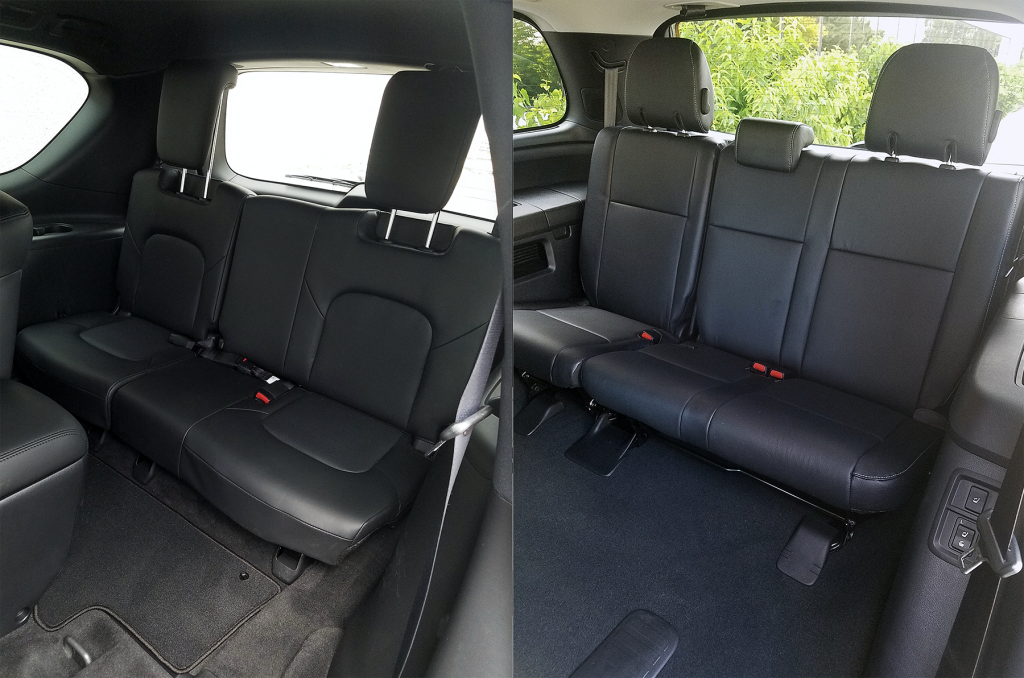 The Armada comes up short against the Sequoia in terms of third-row seat space and overall comfort. Both the seat bottoms and back rests are particularly short, and the seating position is knees-up due to the high floor. One of our editors complained that the bottom of extra-long headrest rubbed uncomfortably against the base of his neck, even when the headrests were adjusted fully upward. The Armada’s third-row is best suited for kids; the stingy-for-the-class space is particularly disappointing given the vehicle’s massive overall dimensions.

Due in part to their old-school body-on-frame architecture, both the Armada and Sequoia have particularly high load floors in their cargo areas, which can make loading heavy or bulky items more difficult. Both our test vehicles came equipped with a power liftgate—we found the Armada’s to be quite slow. Overall cargo space is cavernous, naturally. The Armada offers 16.5 cubic feet of volume behind the third row, which grows to 95.4 cubic feet with both the second- and third-row seats folded; the Sequoia tops that, with respective measurements of 18.9 and 120.1 cubic feet. 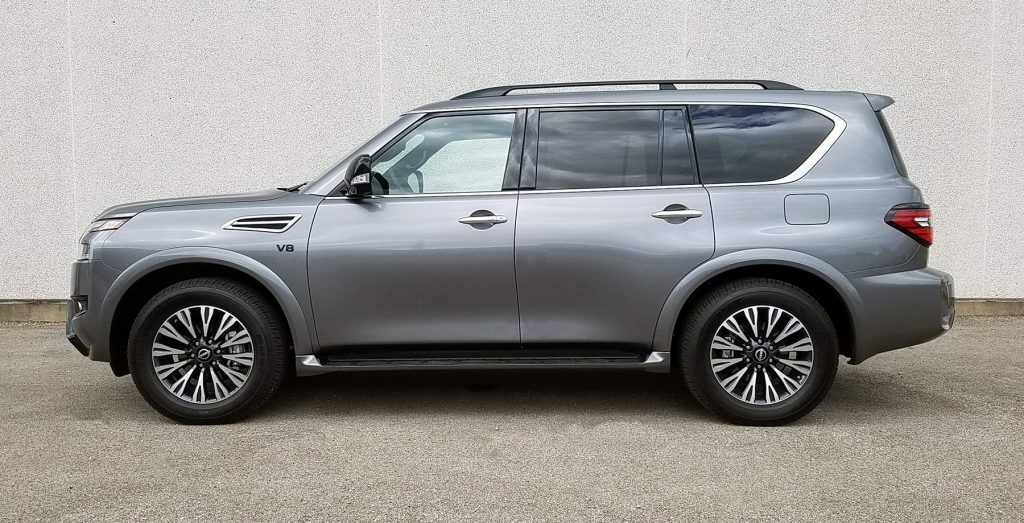 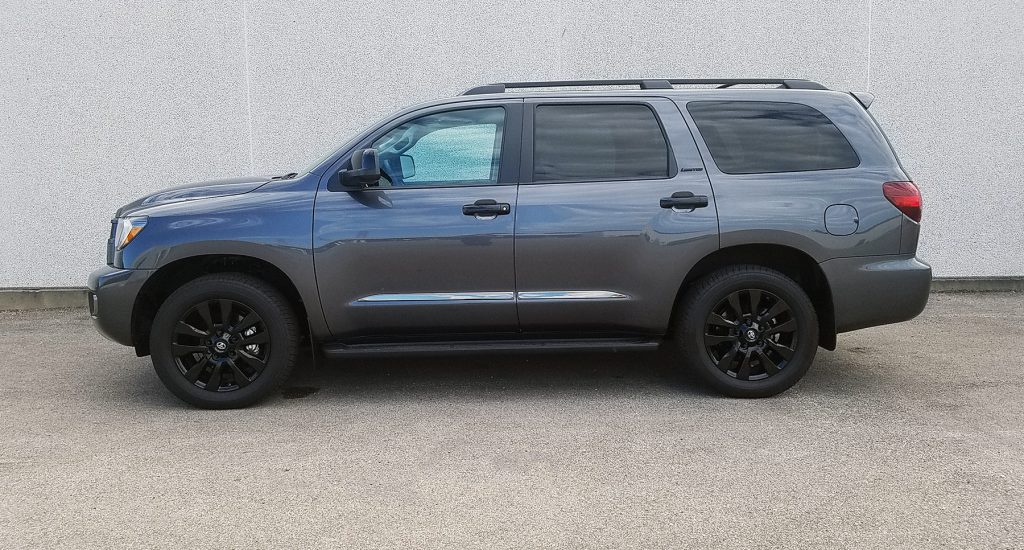 The great: Cavernous cabin for passengers and cargo; better ride quality and handling than might be expected of a vehicle this size

The not so good: Dismal fuel economy; cheap-looking interior materials; Sequoia’s basic design is the oldest in the large SUV class, and it shows 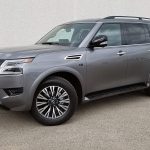 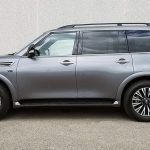 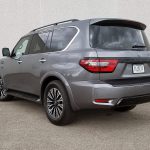 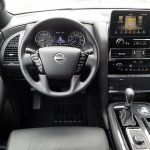 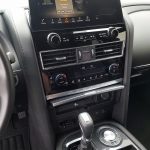 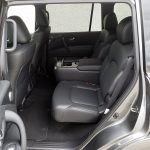 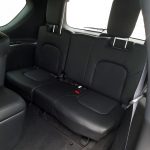 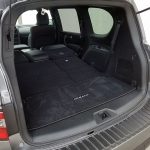 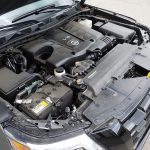 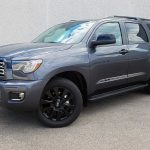 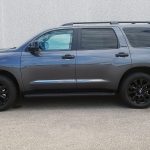 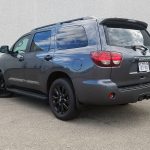 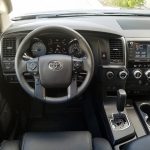 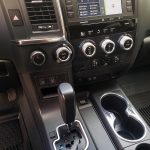 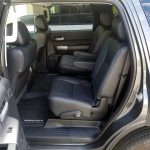 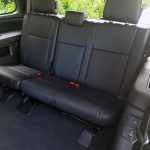 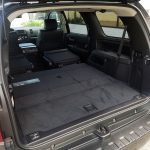 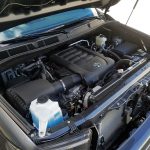