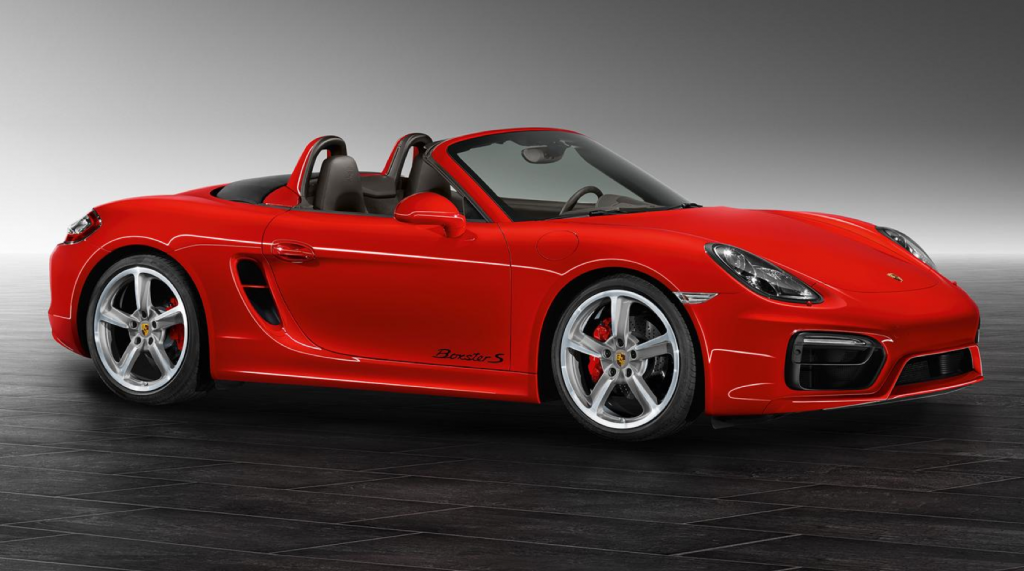 Atlanta, Georgia. The mid-engine sports cars from Dr. Ing. h.c. F. Porsche AG will be named 718 Boxster and 718 Cayman, respectively, when the models are introduced over the course of 2016. The 718 designation is a reference to the ground-breaking sports car Porsche introduced back in 1957, which achieved great success in a number of renowned car races. The 718 Boxster and 718 Cayman will share more similarities than ever before – both visually and technically. In the future, both will have equally powerful turbocharged flat-four cylinder engines. The Roadster will be positioned at a higher price level than the Coupe – as is the case with the 911 models.

The 718 model range is driven by the four-cylinder concept and the history of distinguished Porsche sports cars. The latest example is the 919 Hybrid LMP1 race car, which is powered by a highly-efficient, turbocharged 2.0 liter four-cylinder engine. This powerplant not only helped Porsche finish first and second in the 24 hours of Le Mans, but it also helped win the manufacturer’s and driver’s championship titles in the World Endurance Championship (WEC) this year. With these victories, the 919 Hybrid has showcased the performance potential of future sports car engines from Porsche.

History of the 718: flat-four cylinder engine has achieved many racing victories

Flat-four cylinder engines have a long tradition at Porsche – and they have enjoyed incredible success. In the late 1950s, the 718 – a successor to the legendary Porsche 550 Spyder – represented the highest configuration level of the flat-four cylinder engine. Whether it was at the 12-hour race in Sebring in 1960 or the European Hill Climb Championship which ran between 1958 and 1961, the Porsche 718 prevailed against numerous competitors with its powerful and efficient flat-four cylinder engine. The 718 took first place twice between 1959 and 1960 at the legendary Italian Targa Florio race in Sicily. At the 24 Hours of Le Mans race in 1958, the 718 RSK with its 142-hp four-cylinder engine achieved a significant class victory.

In 2014, Porsche returned to the top category of the famous endurance race in Le Mans and the World Endurance Championship (WEC) with the 919 Hybrid race car. The LMP1 vehicle, which was designed to be extremely efficient, is the most complex race car that Porsche has ever built. It serves as a platform to further fundamental technology research for future production models – combining two different energy recovery systems with a 2.0 liter four-cylinder turbocharged engine.