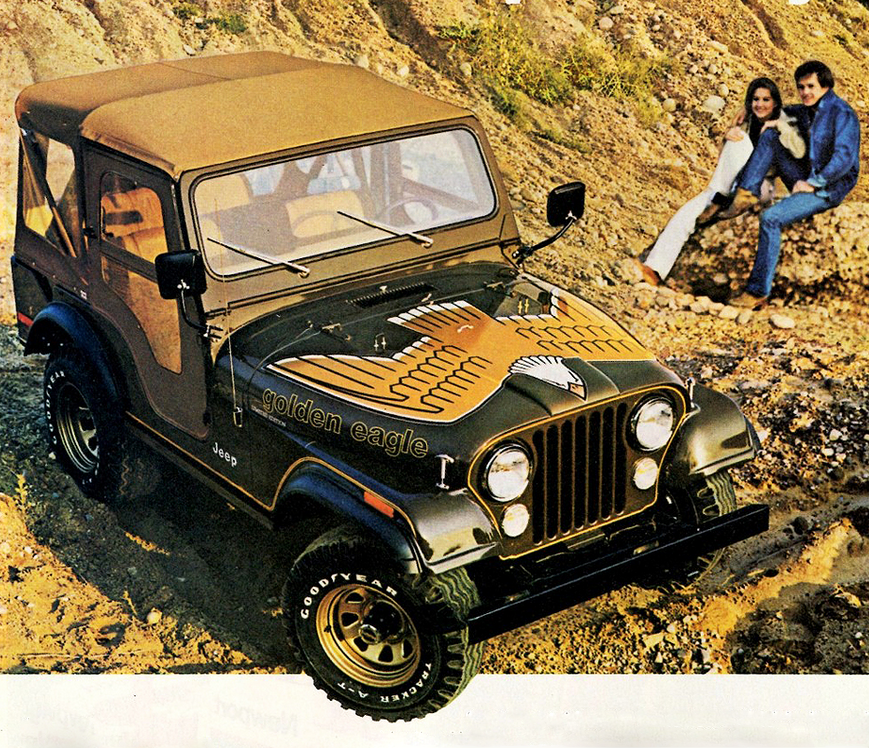 The Jeep brand has gone through its share of owners. Consumer Guide Editor Jack Stewart details the off-road brand’s chain of custody in his excellent piece, Is There a Jeep Curse?

One “curse” that keepers of the brand have battled is that of usage. The general public too often uses “Jeep” to describe any 4WD or off-road vehicle regardless of its brand of manufacturer.

The word jeep (lowercase) is in the Scrabble dictionary, for example, and is allowed by most spell-check software.

But where the Jeep name may suffer from the ambiguities of casual-use language, the brand itself does not. No vehicle brand is better known and few products are more easily recognized.

Collected here are ten of our favorite Jeep ads. If you have a favorite, please let us know which it is.

Oh, and the 1958 “Maverick Special” Jeep Station Wagon seen below? That specially priced model was named for the hit TV show Maverick which Jeep sponsored. 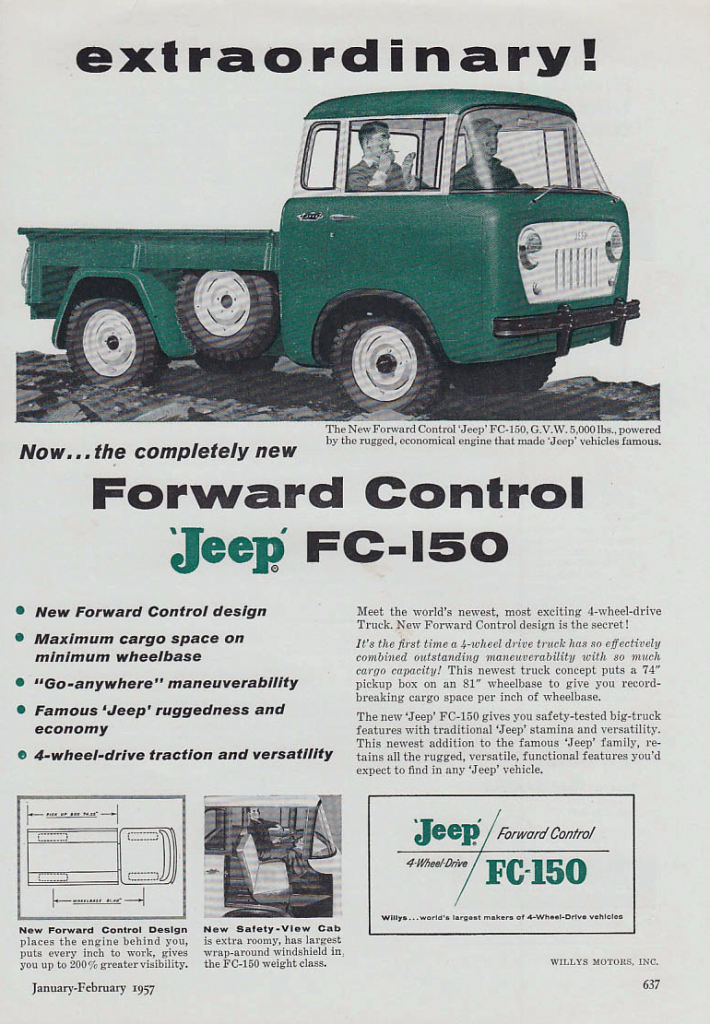 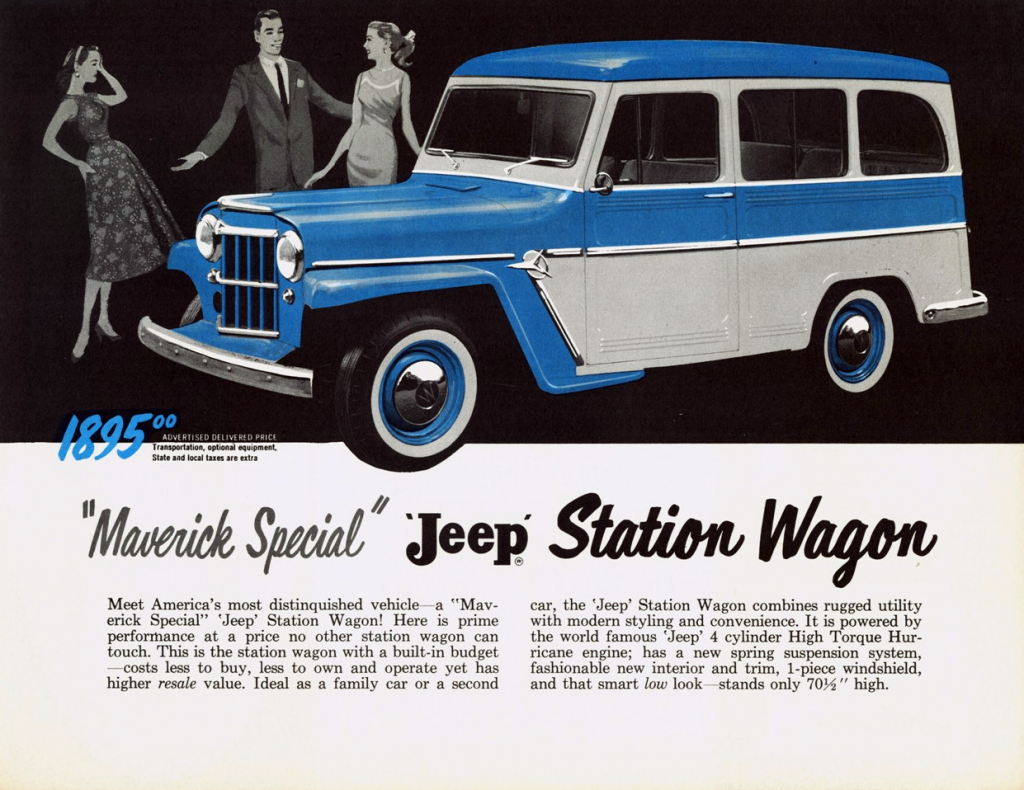 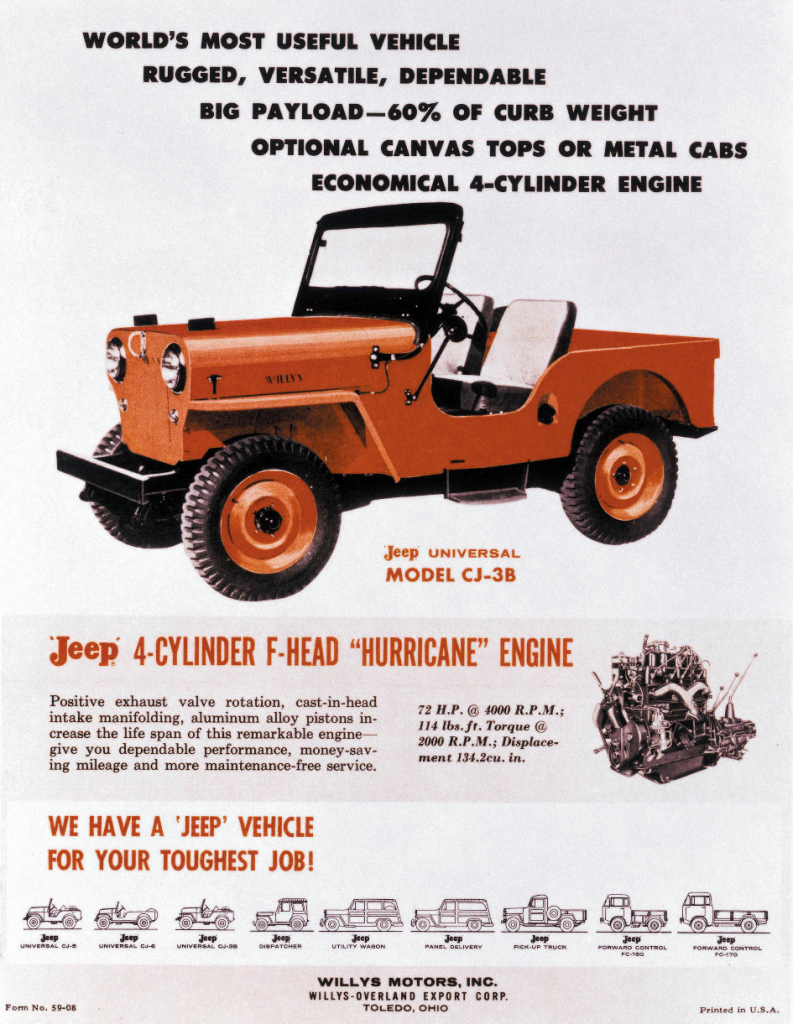 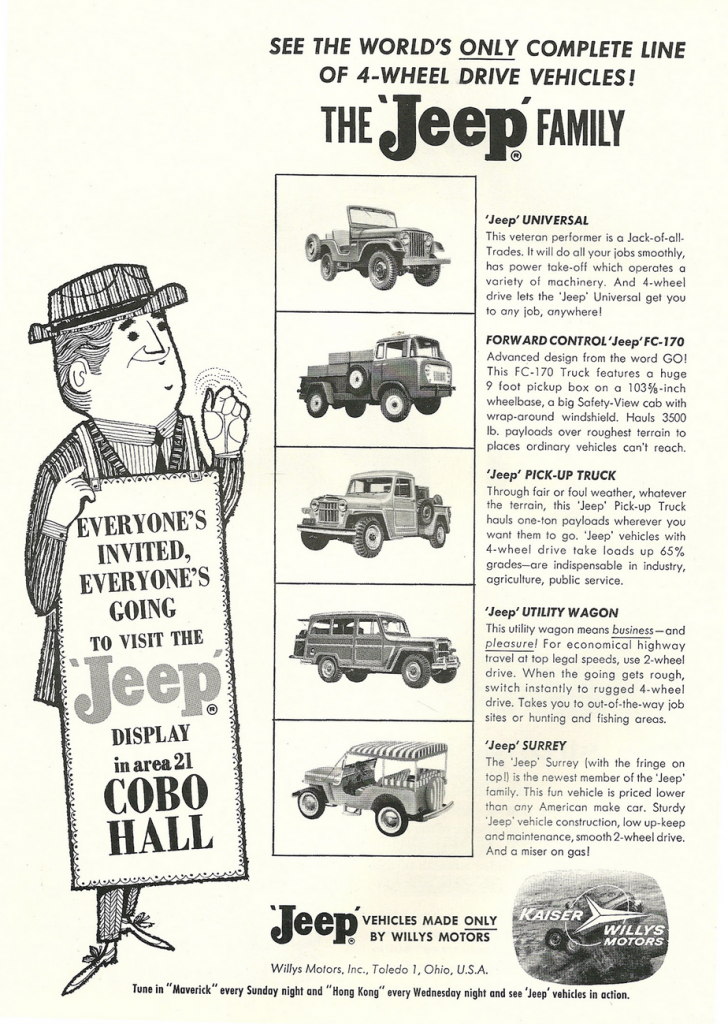 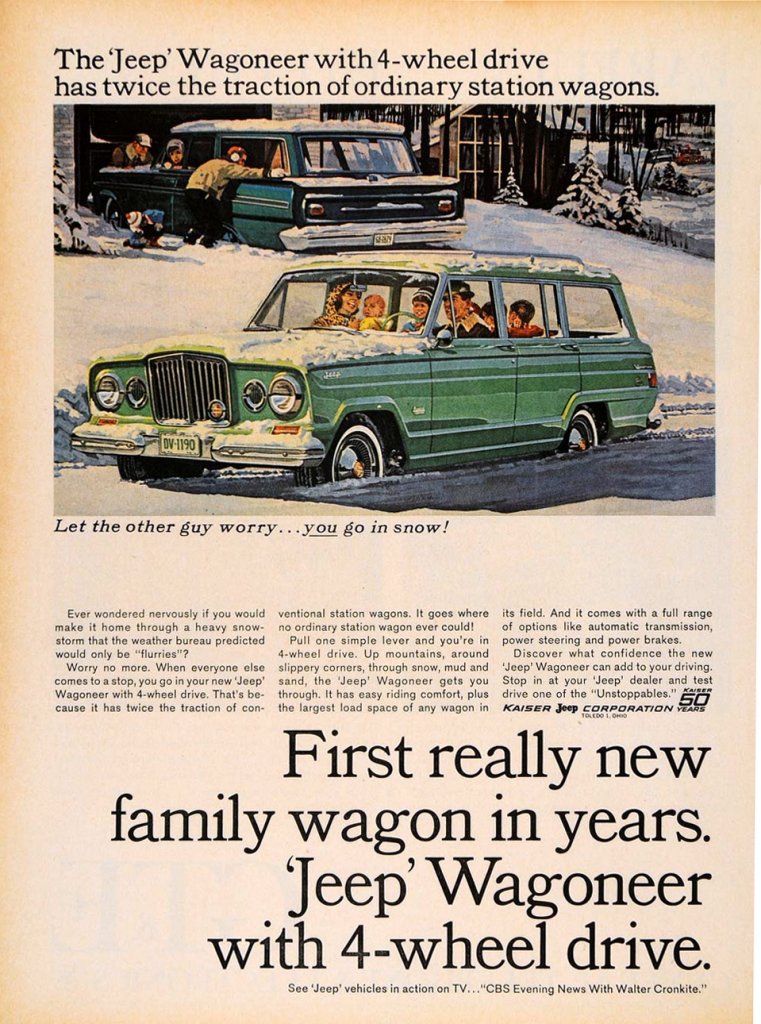 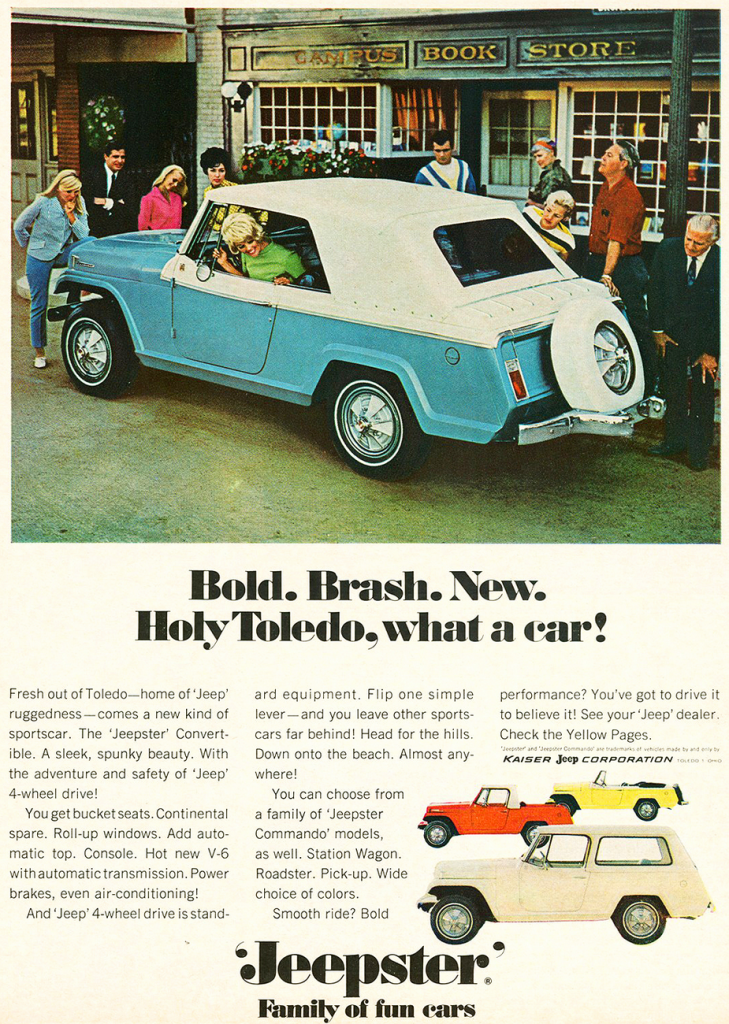 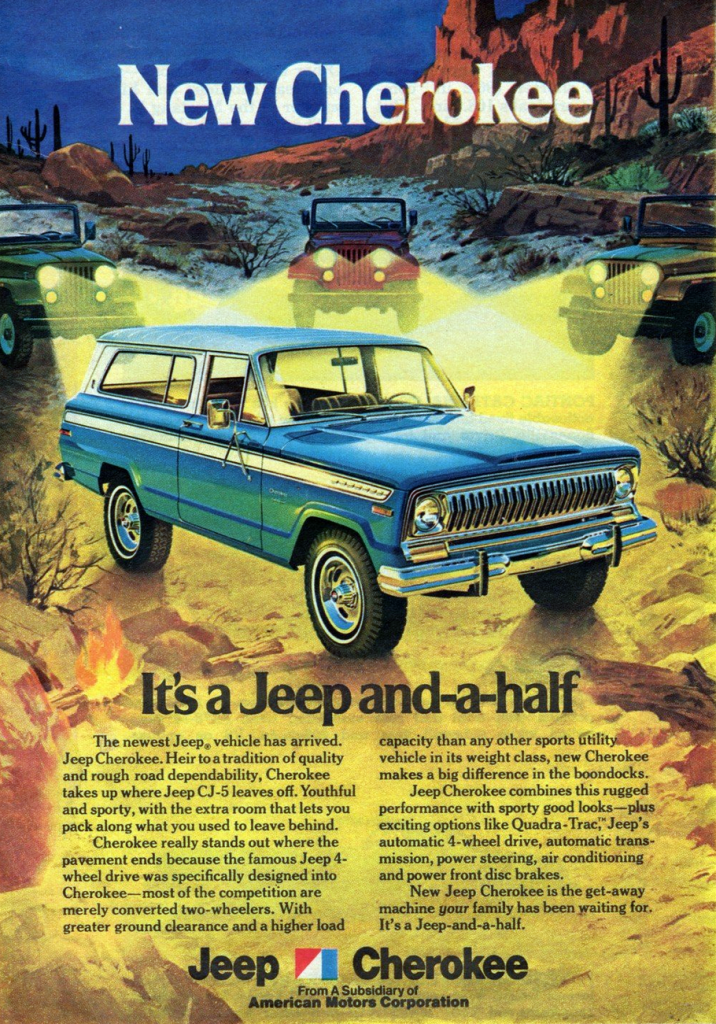 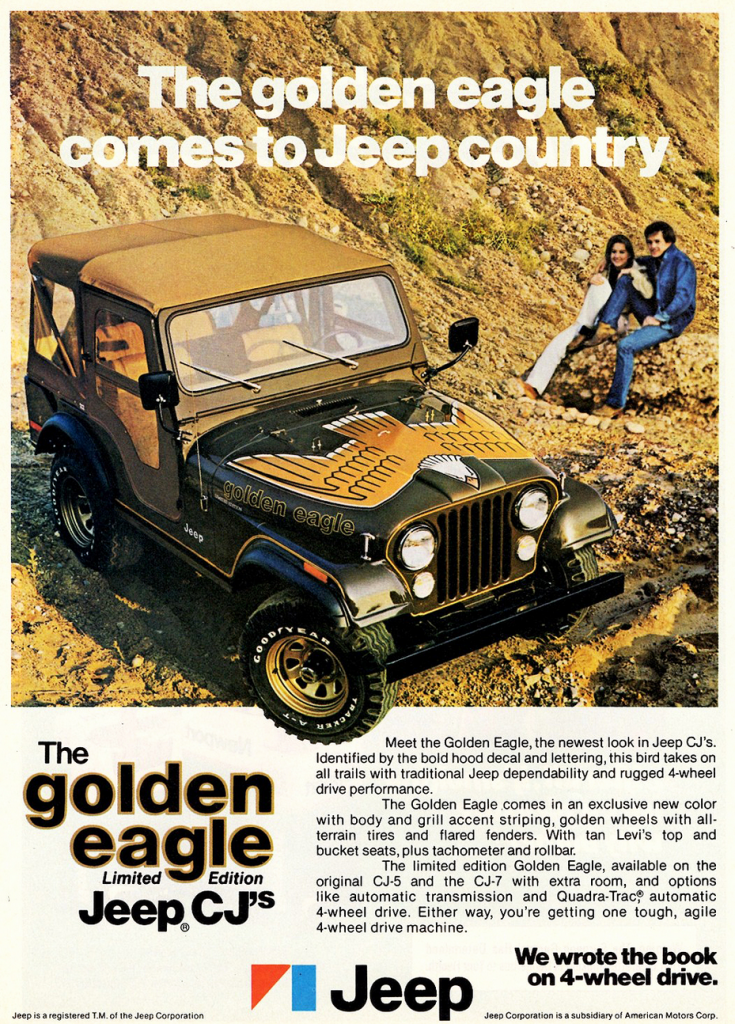 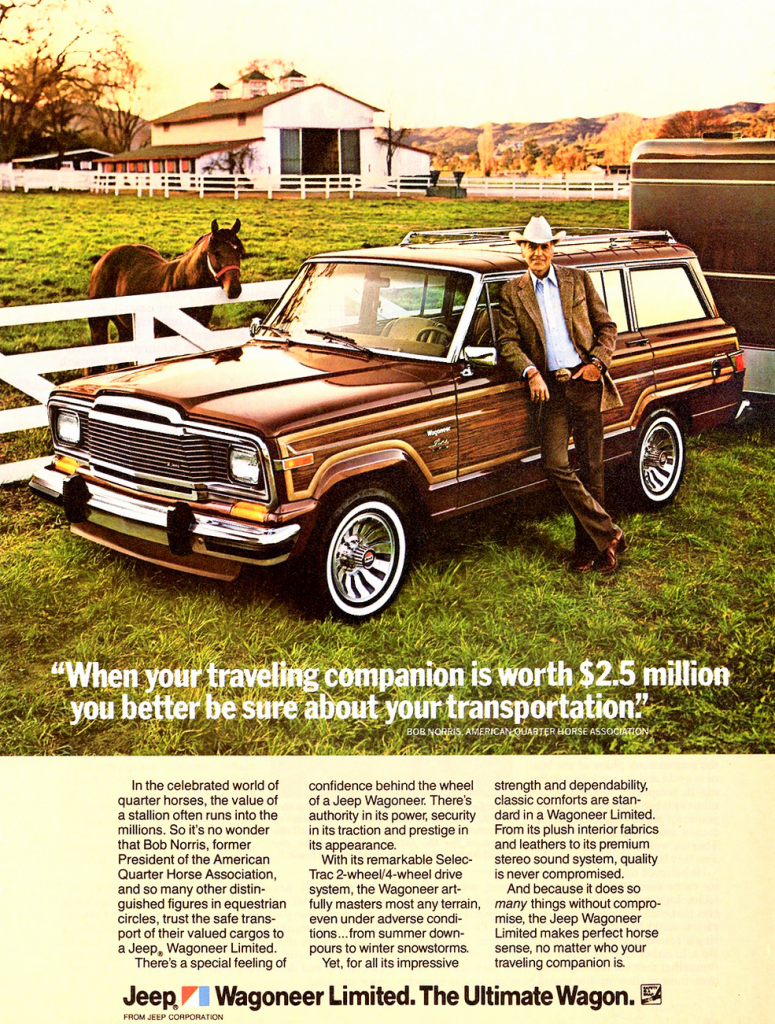 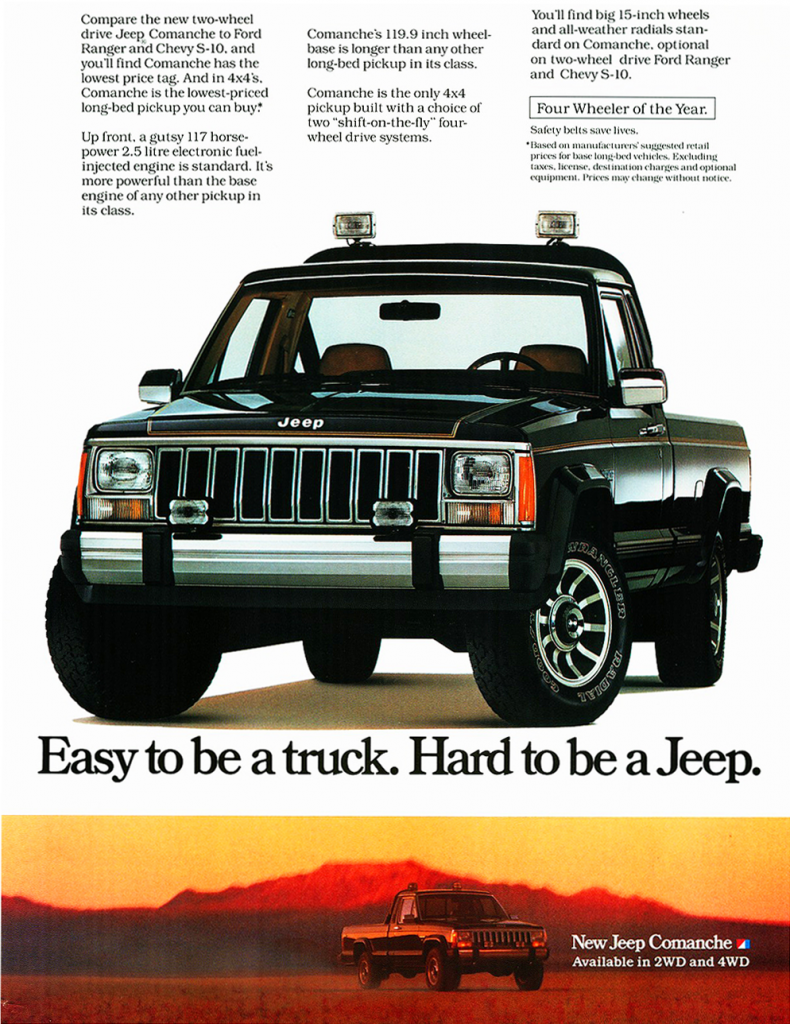