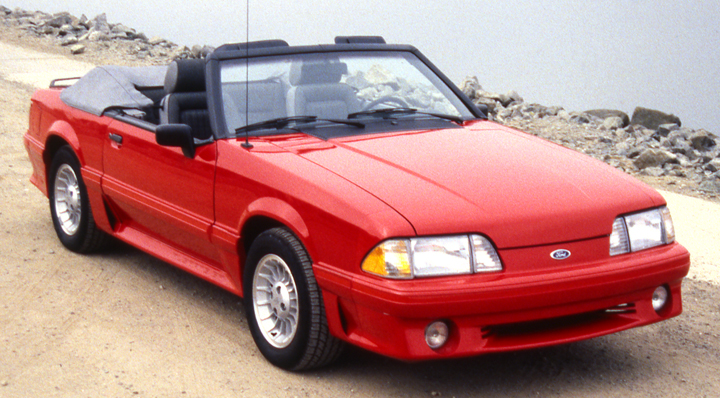 Every January, I make a mental list of cars that just became “classics.” That’s because—to some insurance companies and state licensing agencies—a car becomes a classic when it reaches 25 years of age. This can be an important distinction if the vehicle is used as a weekend fun machine and/or backup vehicle, as classic-car insurance can cost just a fraction of what it is for a normal car (though your classic car has to be in good condition and not driven much), and many states issue Antique license plates for classic cars that are far less expensive than regular plates. For example, a co-worker of mine gets full insurance coverage on his 1967 Jaguar XKE for less than $300 a year, and in Illinois, Antique license plates cost about $40 for three years rather than $78 for one year. Furthermore, most of these cars have bottomed out on their depreciation curve, so it’s unlikely you’re going to lose much money if they’re kept in good shape.

The most recent inductees were 1987 models, and since—as Nick Nolte proclaimed in 48 Hours—“I’m a ragtop man,” all of the vehicles I have chosen came in drop-top form. Most are front-wheel drive with 4-cylinder engines, so they’re reasonably practical. They’re also reasonably priced (a later list will include more esoteric cars that are somewhat costlier), and they often have lower mileage than comparable hardtops because they were originally purchased to fulfill roughly the same purpose you’re buying them for now.

One historical note: Convertibles were largely killed off during the early 1970s, partly due to the widespread availability of air conditioning and partly due to a fear of impending rollover standards. The last mass-produced ragtops disappeared after 1976, though they were still offered by a few low-volume imports. Then, in 1982, convertibles made a comeback. The first was the Chrysler LeBaron, quickly followed in ’83 by the Ford Mustang and Buick Riviera. All those cars still used carburetors, which tended to be rather finicky, particularly as they aged. Soon after, most switched to a simple form of fuel injection, which in many ways makes them better suited to occasional use today. All of the vehicles on this list have fuel injection except for one, and that one offers it on one of the two engines available. Check out these recent vintage convertibles:

Chevrolet Cavalier/Pontiac Sunbird
These two badge-engineered cars are listed together because they’re quite similar. Both are front-wheel-drive 4-seaters available with a 2.0-liter 4-cylinder engine. The Cavalier could also have a 2.8-liter V6, while the Sunbird was optional with a 2.0-liter turbo. The Pontiac’s sportier trappings make it the more attractive of the two, but both serve the purpose well. The downside is that neither were class-leading cars to begin with, so high-mileage examples could be kind of rough.

Chrysler LeBaron
The “revived” 1982 LeBaron convertible looked like a shoebox with a windshield, but the redesigned one that appeared for 1987 was a truly slick piece of styling work. Unfortunately, build quality was spotty even when new, so it might be hard to find one in any kind of decent shape today. Although a 2.2-liter 4-cylinder was standard, a turbocharged engine was offered that made it somewhat of a sport/luxury choice.

Ford Mustang
Back in ragtop form since 1983, the Mustang was updated to be much sportier and more aggressive in 1987. Only two engines were offered: a wheezy 2.3-liter 4-cylinder and a stomping 5.0-liter V8, with the V8 being vastly preferable in this rear-drive car. The convertible was offered in LX and GT form, the latter being the sportier version, which came standard with the V8. However, few GTs have probably gotten this old without serving at least one stint at the hands of an abusive teenager (particularly if equipped with the 5-speed manual transmission), so beware of condition.

Jeep Wrangler
It’s an oddball on this list, but as a 4-wheel-drive convertible, the Wrangler is the perfect all-weather choice. Introduced in 1987 as a replacement for the venerable CJ, the Wrangler had the advantage of being slightly more modern and slightly less crude (I should know; I’ve owned both), and it came standard with Jeep’s first fuel-injected engine: a 2.5-liter four. Sadly, that engine was overtaxed in this 2,900-pound vehicle (though it wasn’t bad with the manual transmission around town), so many had the optional carbureted 4.2-liter inline six—with its typical carburetion concerns. These are noisy, rough riders in any form, and the standard soft top took two people several minutes to take up or down. Moreover, fuel economy—even with the 4-cylinder—was dismal. Those drawbacks made them impractical as everyday drivers, but they aren’t as critical for a weekend fun machine—which is where the Wrangler excels. 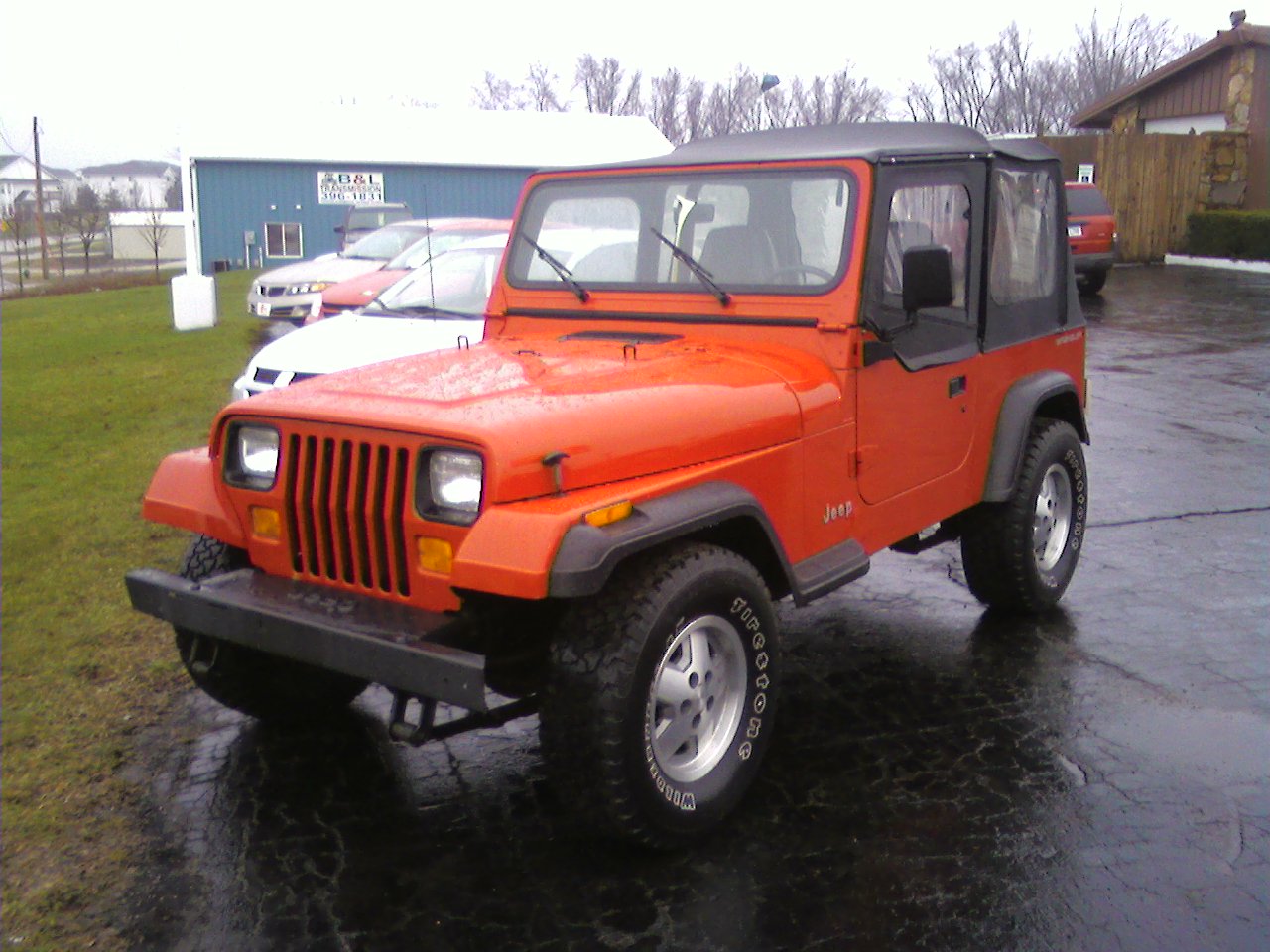 Toyota Celica
Convertible versions of the Celica were never very popular, and I’ve never figured out why. The ’87 is notable because it marked the return of a drop-top to the line, which received a beautiful restyle—along with front-wheel drive—the year before. Also new for ’87 was a more powerful version of the fuel-injected 2.0-liter four. These cars were fairly sporty, reasonably economical, and quite well built, making them perhaps the best all-around choice of any vehicle on this list. 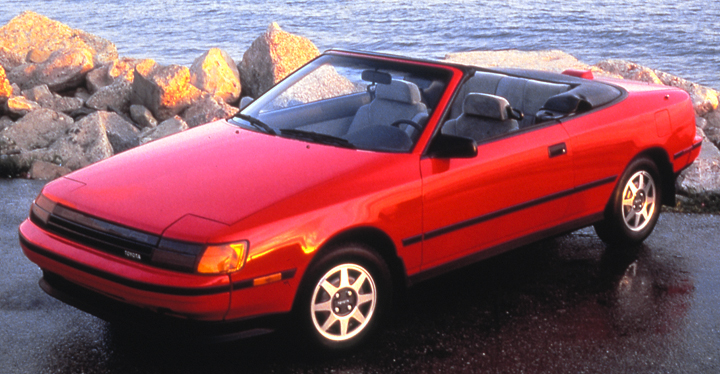 The 5 Most-Expensive American Convertibles of 1969