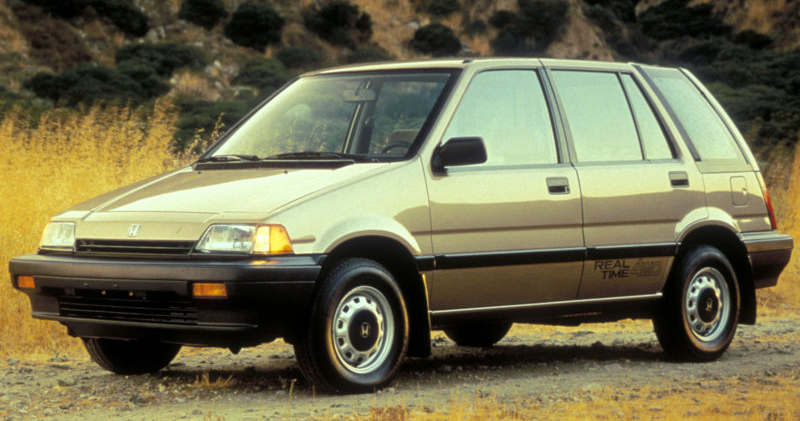 Are wagons cool again? It’s kind of hard to tell. European makers enjoyed some success with them this past decade, and yet even they are now disguising their wagons in the form of “GT” models (BMW) and pseudo rally-ready “allroad” models (Audi). It’s worth noting that even Volvo, the world’s most wagon-dedicated brand, has turned away from the simple, functional, two-box design. They peddle only XC70 models, which they now position as crossovers, not wagons.

My wife and I own a Jetta SportWagen that we’re rather fond of, but our 12-year-old has made it clear that the car is an embarrassment and should be replaced, preferably with a red GTI. At least the kid has good judgment when the topic turns away from wagons.

Still, there’s hope. A Chevrolet Cruze wagon is reportedly on the horizon, and Mercedes-Benz still sells a wagon version of its E-Class line, going so far as to make it available in AMG trim, should a whim of practicality wash over you while deciding which 180-mph car to buy.

Here I have amassed a collection of wagons that most Americans have almost certainly forgotten about. Of the five, I would argue that four are pretty cool. As you peruse the list, think about the last time you’ve seen any of these, and then ask yourself, where’s the wagon love?

1982 Ford Granada
Not that Granada, the one after it. Likely it’s slipped your mind that the Granada line lived on into a second generation as a sort of upscale Fairmont. This Gen II Granada survived for just two years, and the wagon arrived for the second of those. Most were equipped with a 200-inch 3.3-liter inline 6. The Granada gave way to a downsized LTD for 1983, and a wagon was part of that lineup.

2005-2008 Jaguar X-Type Sportwagon
Mistakes were made—the largest of which was thinking that Americans (or anyone, anywhere, really) was looking for an underpowered compact Jaguar. The X-Type was launched in the U.S. for the 2002 model year, but the Sportwagon didn’t arrive until 2005. The wagon was spared the indignity of chugging along with a rather undersized 2.5-liter V6, as had base versions of the sedan. Instead, the wagon came standard with a 3.0-liter unit and a 5-speed automatic transmission. A product of Jaguar’s ownership by Ford, the X-Type was based on Ford’s Mondeo compact car, and pretty much everyone knew it. Because the Mondeo’s front-drive arrangement was unacceptable in a Jaguar, an AWD system was fitted to X-Types instead. Sales of the sedan and wagon came to a halt during the 2008 model year.

1985-1988 Nissan Maxima
The year 1985 was pretty important in Maxima land. First, the car was now a Nissan, not a Datsun. Secondly, the car was redesigned. As a Nissan, the Maxima wagon would get a four-year run. Power came strictly from a spunky 3.0-liter V6. Rare but cool, a few manual-transmission Maxiwags should be floating around out there.

1993-1996 Mitsubishi Diamante
Like the Maxima, the Diamante was a sort of near-luxury car, marketed in a niche about a half-notch above mainstream midsize offerings. And like the Maxima, Diamante could, for four brief years, be had in wagon trim. But, while Diamante sedans were sourced from Japan, U.S. wagon shoppers were treated to the rare Australian import. As it turns out, the wagon wasn’t really a Diamante at all, but a reskinned Aussie-designed Mitsubishi Magna. Still, it was properly trimmed for the U.S. market and looked the part, and by all accounts it was a pretty slick ride.

1984-1987 Honda Civic
Looking for a car with a fanatical following? We’ve got one right here. With “Real Time” AWD, independent rear suspension, and 16-valve motivation, this common-looking economy car was, in fact, far ahead of its time. Call it the first compact crossover and we wouldn’t argue. Count the number of websites devoted to this short-lived likable Honda and you’ll find a cult-like following.