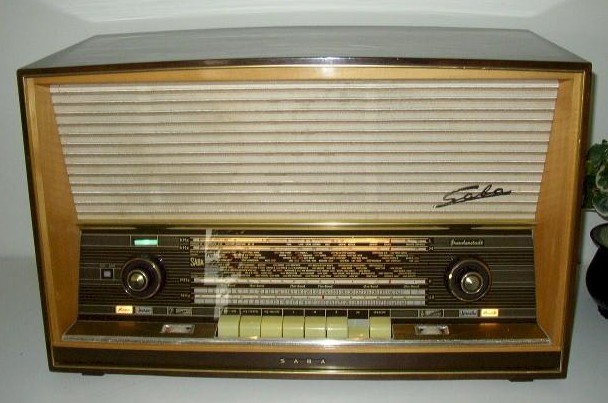 Too expensive for the U.S. market, Saba radios like this Wildbad 100 are fairly rare finds stateside.

One of my most prized possessions isn’t especially valuable in the greater scheme of things. Fully restored, in mint condition, it might bring $1000 if the right buyer came along. But, like most heirlooms and inherited memorabilia, this item’s cash value has nothing to do with why I hold it dear. And, decades after taking possession of it, I came to realize that it has ties to one of my all-time favorite automobiles, making it even more wonderful.

The only grandfather I ever knew died in 1975. He was young to be a grandfather, and truth be known, he was actually my step grandfather. That fact didn’t matter much, as he was a great guy, and cool as hell.

He was a butcher, drove a black Mustang, made his own brandy, and was missing a few fingers. The first and last of these facts, respectively,  are not unrelated.

My time with him and my grandmother came largely on weekends, and usually on Sundays. It was then that my sister and I hung out at my grandparents’ apartment while my folks ran errands—or just caught their breath.

A regular feature of those long, rambling, schedule-free Sundays was listening to The German Hour on my grandfather’s radio. The music meant nothing to my sister and I, but for whatever reason, almost 40 years later, I remember the commercials almost word for word.

The German Hour was sponsored by the Ocean Travel Bureau, the owner of which was not only the host of the radio show, but also a distant uncle. Seems every German in Chicago back in Seventies was somehow related.

There were three things that struck me each week as I sat at the kitchen table playing Trouble with my sister and grandmother. I recall vividly the five-minute-long commercials for the travel agency, the six-minute-long commercials for Gösser beer (Gut! Besser! Gösser!), but mostly I remember my grandfather’s radio–his magnificent, glowing, rich-sounding, expensive-looking radio.

I knew the radio was expensive, because I was warned repeatedly not to play with it. But the awesome machine was a kid magnet, festooned with buttons and knobs, a luminous-green “magic-eye” tuning aid, and equipped with such exotic features as short- and long-wave bands and an adjustable rotating ferrite antenna.

When my grandfather died, my grandmother sent the radio home with me. There, in my bedroom, the mighty German radio held a place of honor among the things 10-year olds hold dear.

I would later move out, get married, and settle down in a place of my own—having left the radio behind.

A few years ago, I woke in a cold sweat, realizing that I had left my precious radio in the hands of my father, a man too pragmatic to hold possessions dear.

Sure enough, my dad had stuffed the radio in a lonely spot on a dusty shelf in his workshop, using it only to listen to the single AM radio station the neglected radio could still pull in.

Long story short, I found someone to restore my grandfather’s radio and paid him dearly to do so. Since giving it an honored place in my home, I set about learning everything I could about the wonderful machine. 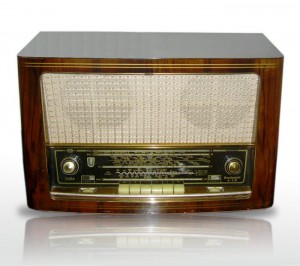 Though technically advanced, Saba radios like this one started to look dated by the end of the Fifties.

The facts did not disappoint. The radio, a Saba 100, was an official export, and thus sports English-language markings and dials. Many Saba radios in the U.S. are actually German models brought over by German expats, or just shipped over gray-market style.

Per my grandmother, my grandfather paid $300 for the radio in 1962. A quick check: That’s $2300 in 2012 dollars. The 100 model was the most affordable of the top-end Saba radios sold stateside, the most expensive of which, the 300 Automatic, sold for a cool $1000 back in the day. A completely absurd Saba 400 model may or may not have officially made its way to the U.S., but I have never seen one with English markings.

There are about 50 technical features that make this radio cool, including the use of Saba’s low-draw Green Cone speakers, which deliver almost ridiculous amounts of bass. Leave it to German engineers to spend their time designing high-end radios using low-power amplifiers. Additionally, the hand-built hardwood cabinet, brass trim, and silk speaker cover just ooze old-school craftsmanship. The radio produces sound so rich and deep it would confound many a contemporary audiophile.

I could go on and on. And I have, much to the chagrin of friends and family. Suffice it to say, I think the radio’s cool. How then, could this radio become any cooler? This is how…

By the end of the Fifties, Saba found itself building gothic-looking radios that sounded great, but were starting to appear dated. European audio-equipment manufacturers like Braun were building fresh-looking radios that, despite being technically inferior, simply presented as more modern.

To update its line of radios (both table-top and cabinet) Saba went outside the company for help. And the person they found to help usher the company into the Sixties was…Albrecht von Goertz. 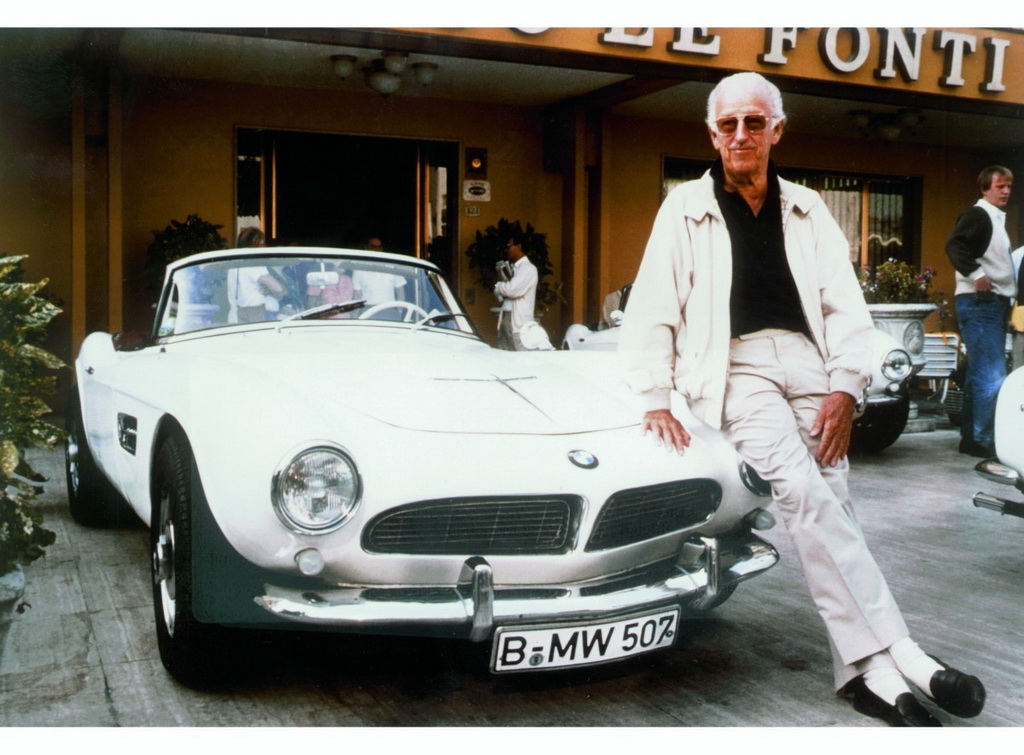 Albrecht von Goertz, shown here with one of his masterpieces, the BMW 507, also designed cameras, industrial equipment, furniture, and jewelry.

Some of you may have just gotten a little ahead of me here. The same person who penned the magnificent BMW 507, and would later play a role in shaping the Datsun 240Z, also designed the radio my grandfather would leave to me.

Turns out Goertz designed all sorts of cool things, including cameras, industrial equipment, furniture, and even jewelry. But it is the BMW 507 and Saba 100-series radios that I am most taken with.

For me, knowing that Goertz designed my beloved radio is like vindication where none was needed—the completion of a circle that was already complete. The old Saba was my grandfather’s, and that alone made it important. Yet, somehow, digging into its history, it got even cooler.