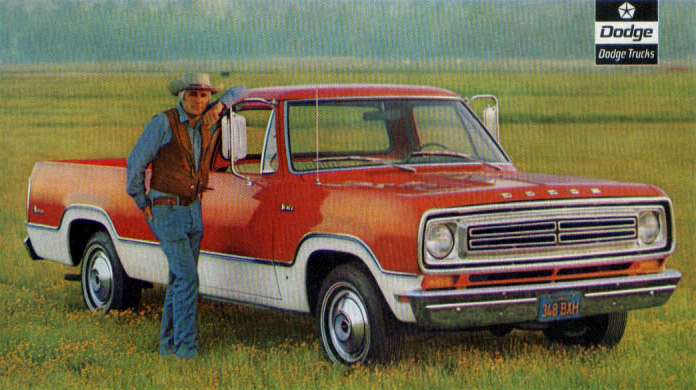 The best evidence that many modern-day pickup-truck buyers don’t use their trucks as “real” trucks is bed length. For example, Crew Cab versions of the Chevrolet Silverado can be had with a 5.5-foot cargo box—a bed far too small to accommodate the traditional 4 X 8 sheet of plywood, much less a couch. This is telling, because Crew Cab models are far and away the best-selling Silverados.

Contrast those new crew cabs with the Chevrolet LUV compact pickup ad at the end of this article. One of the LUV’s selling points is its 7.5-foot bed. Note also that the Toyota ad below lists transmission gear ratios, among various other technical tidbits.

Furthermore, every ad here depicts a regular-cab pickup. Today, many dealers won’t even stock regular-cab trucks, loading up instead on 4-door-crew- and extended-cab models. One source estimates that the regular-cab share of the new-truck market is less than ten percent.

Given how comfortable most new pickups are, their expanded role as commuter vehicles isn’t especially surprising. Still, we at Consumer Guide rather miss the honesty of an old-school 2-door truck outfitted with steel wheels, a bedliner-free steel bed, and a manual transmission.

Collected here are 10 years’ worth of pickup ads, all from the Seventies and presented in model-year order. If you’ve ever spent time with one of these work-oriented trucks, tell us about it. Was it really so hard to make do without Bluetooth connectivity and satellite radio? 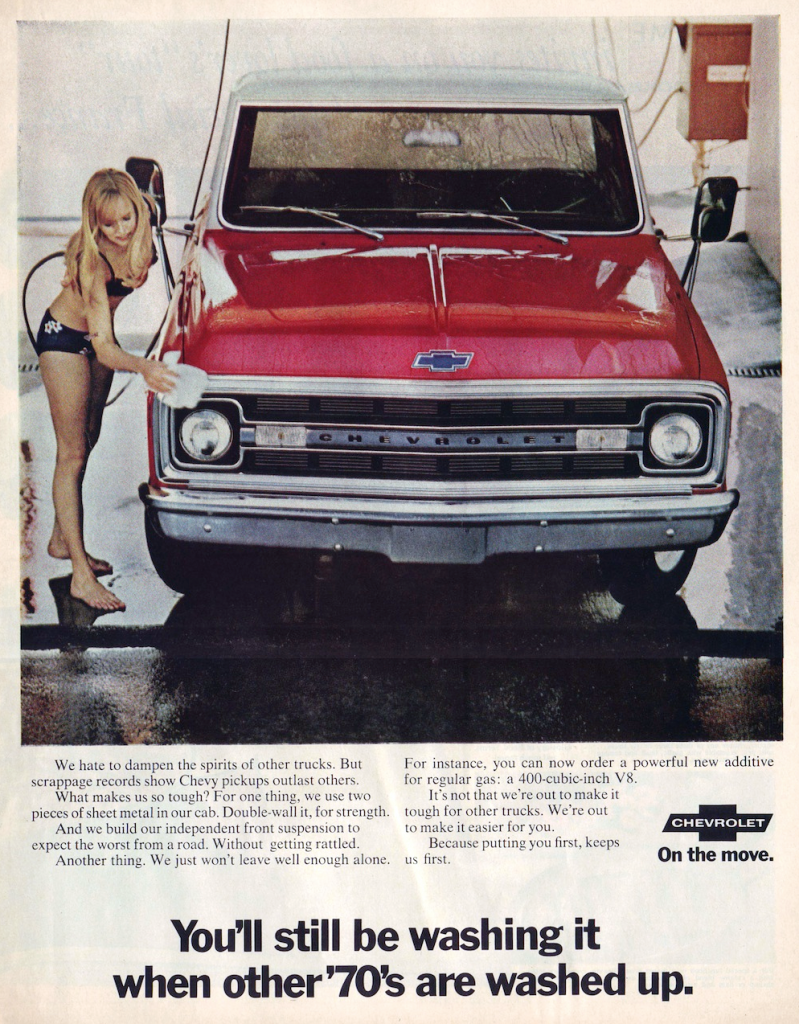 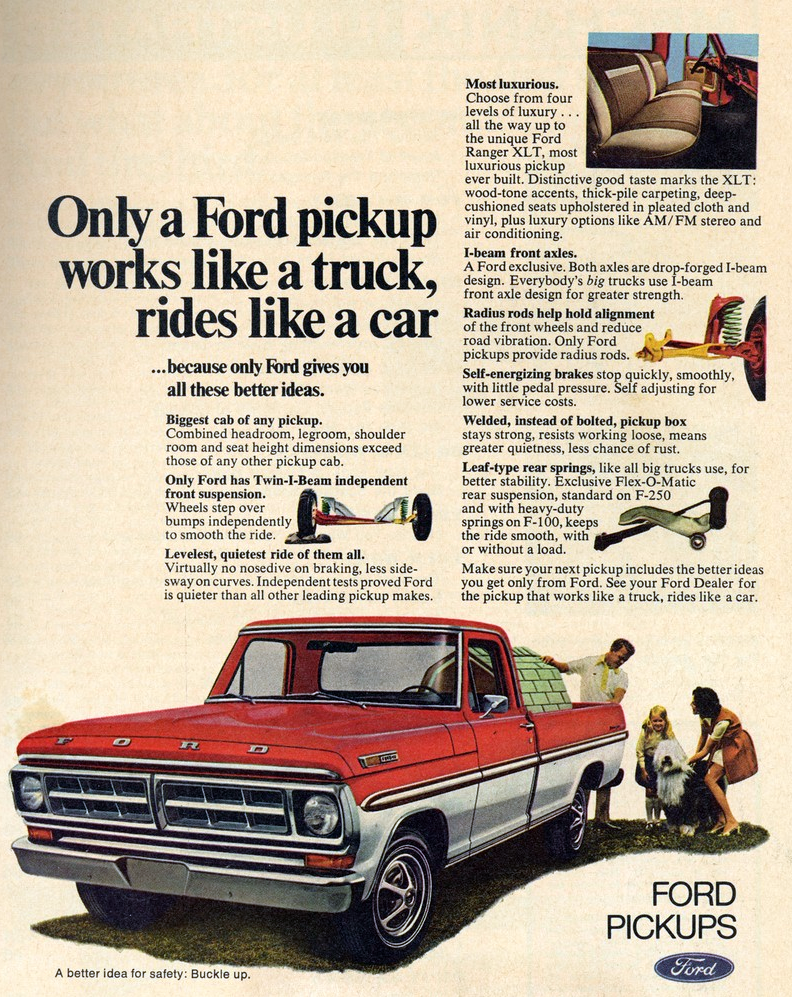 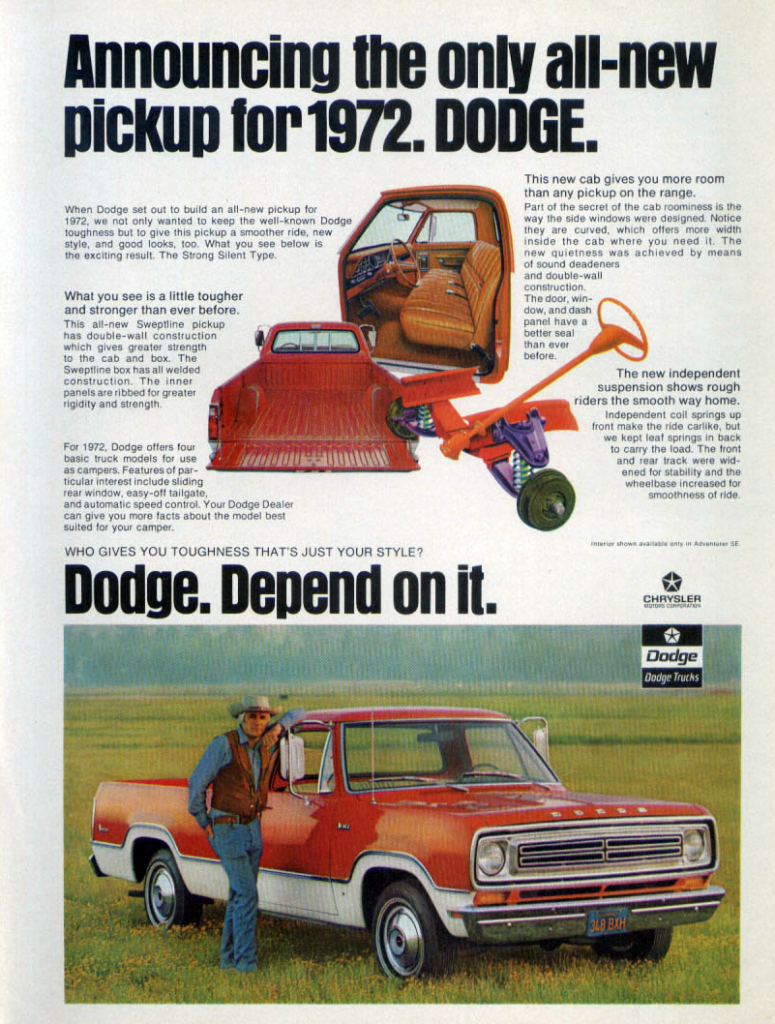 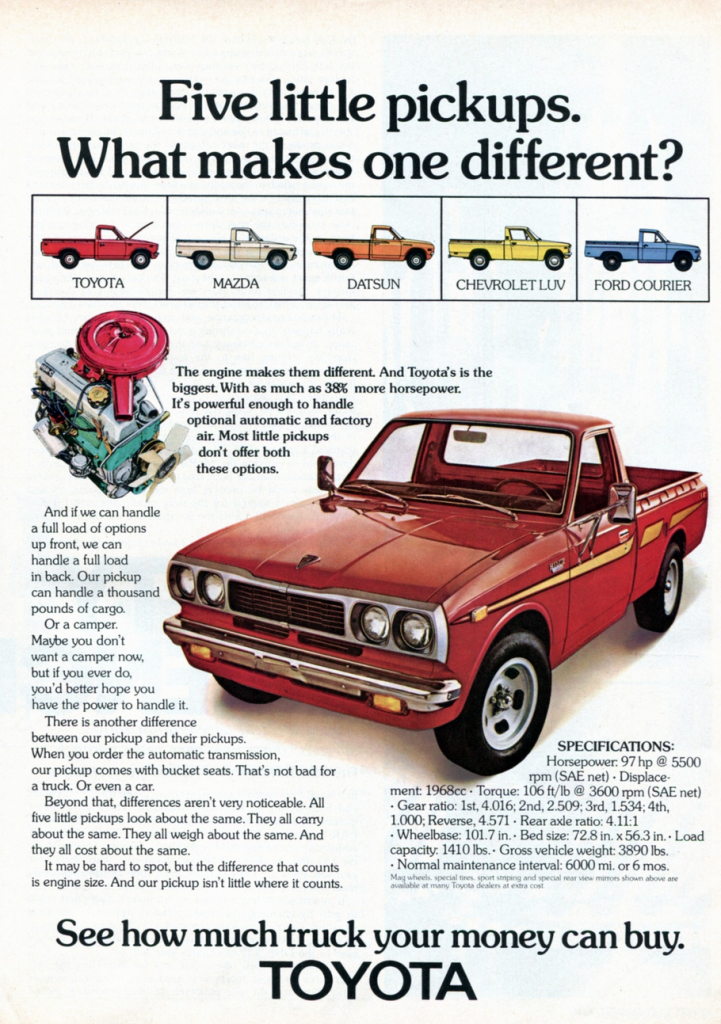 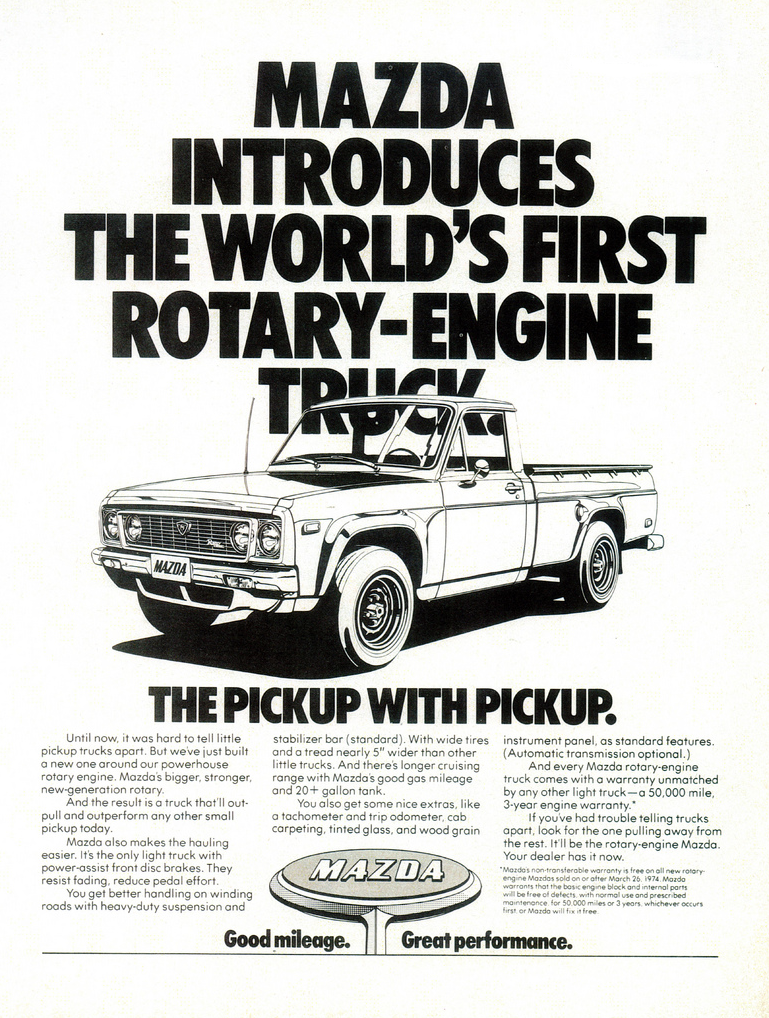 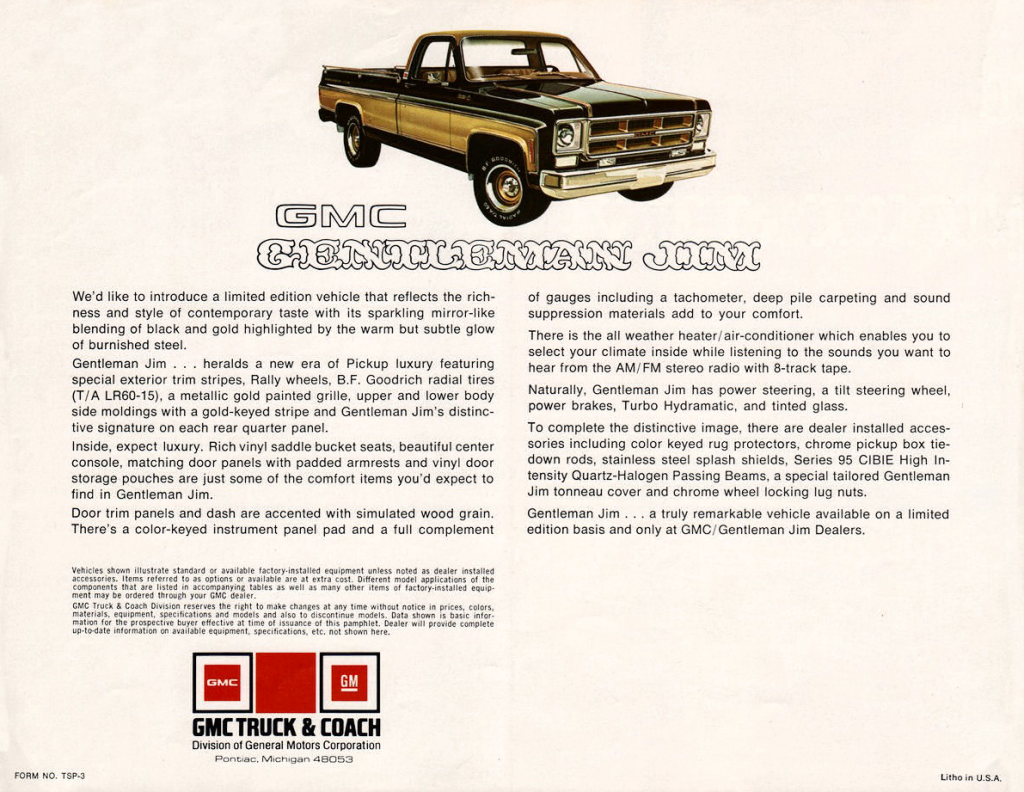 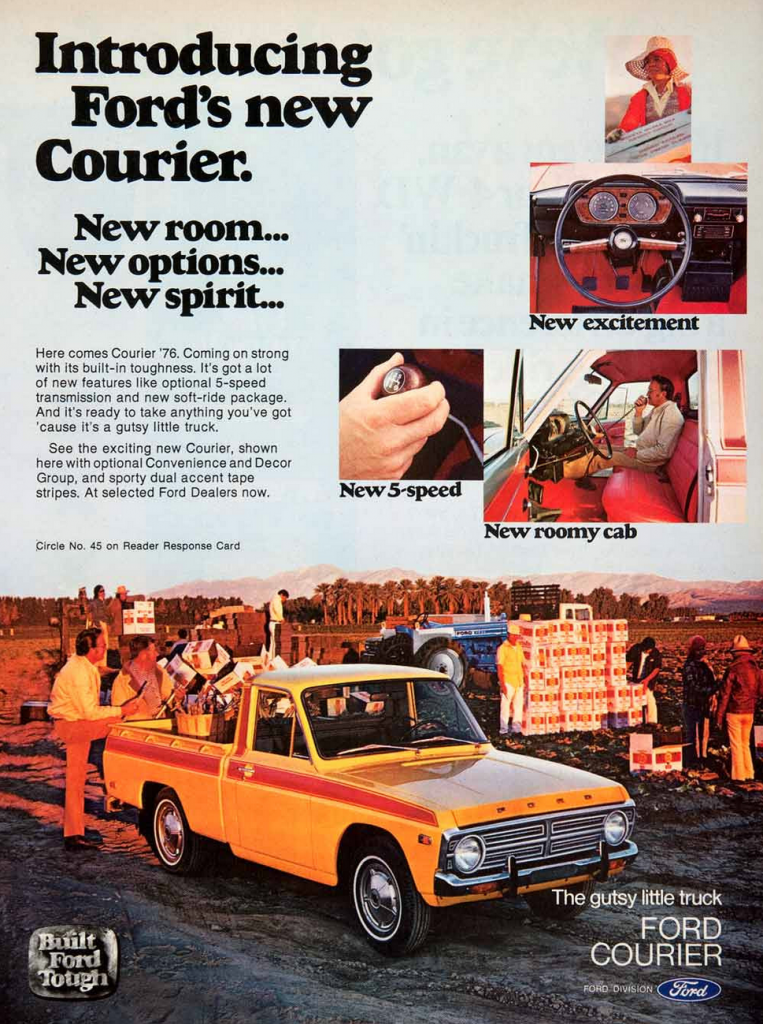 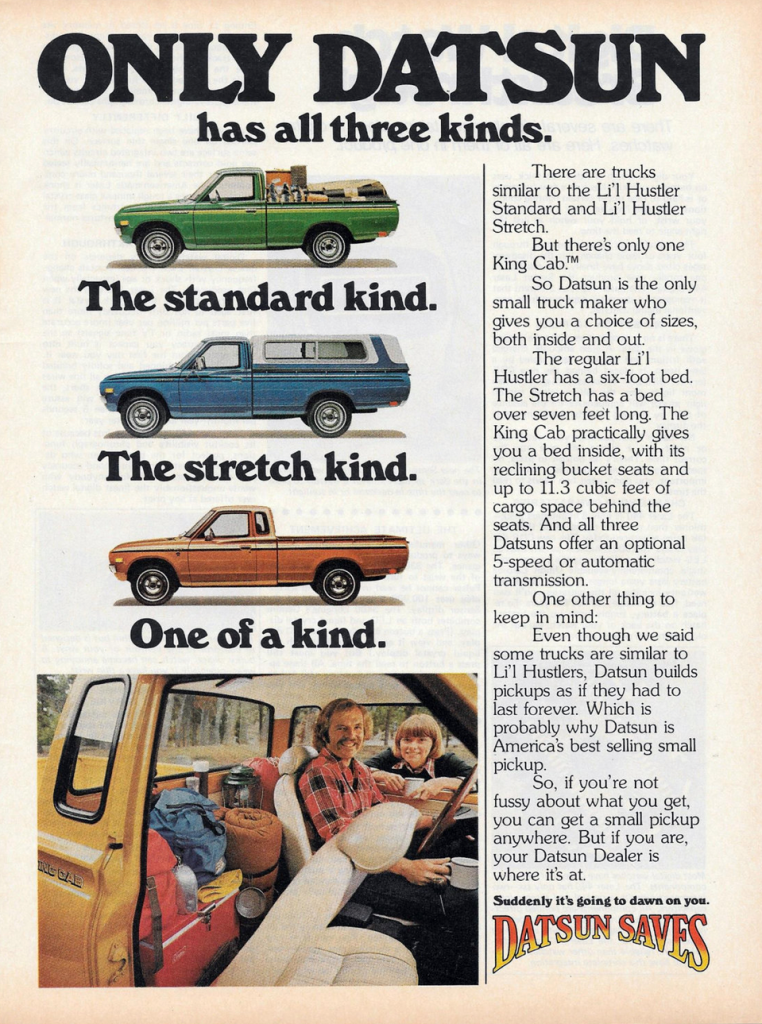 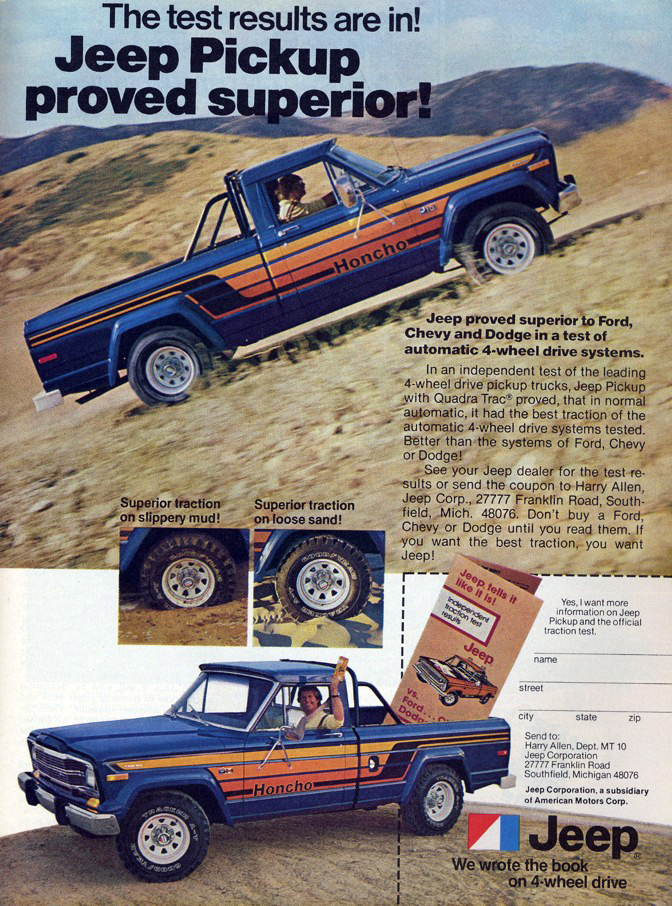 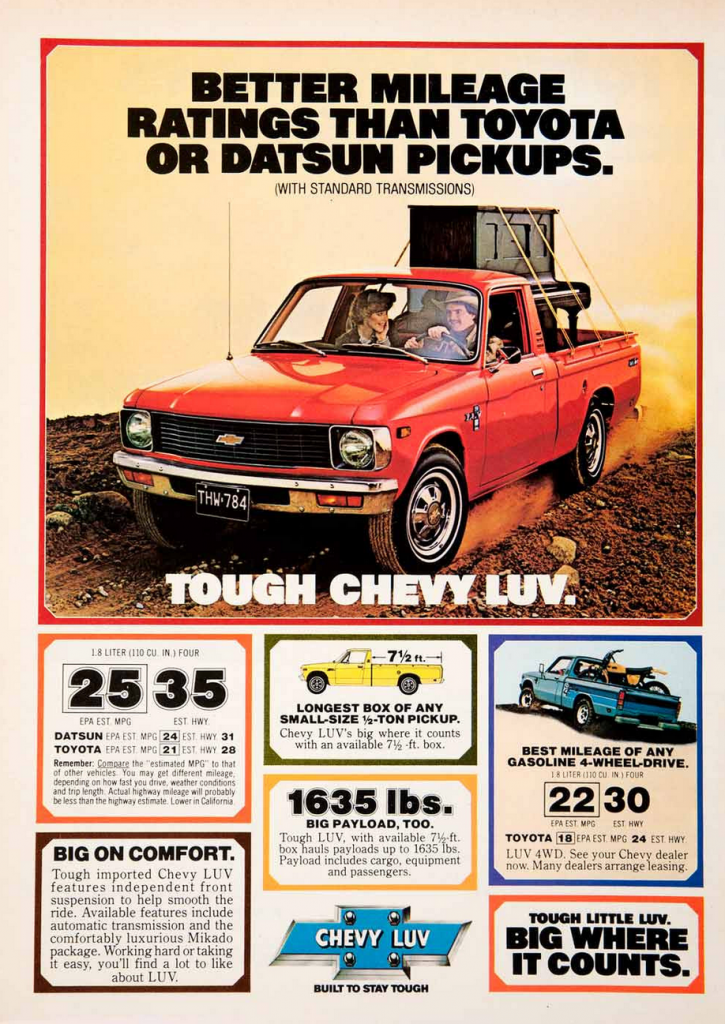