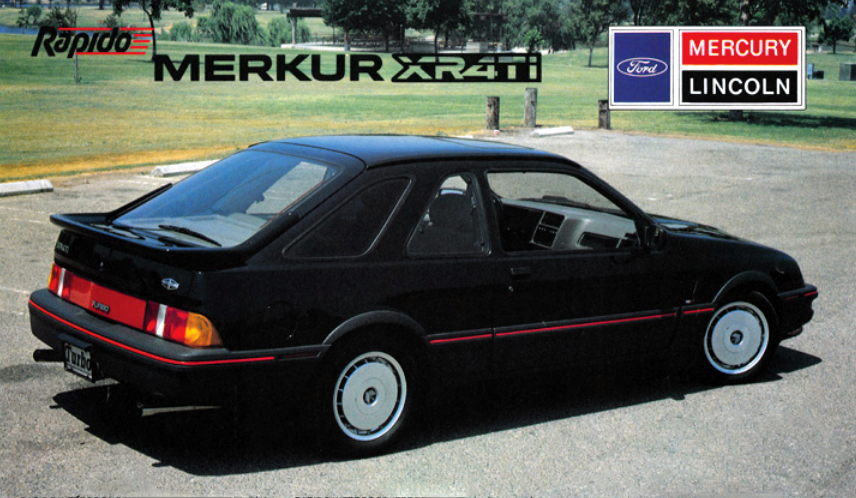 For this ’80s Flashback, we’re really going “deep ’80s.” Remember the Merkur XR4Ti, Ford Motor Company’s “captive import”? Merkur was the short-lived American-market version of the European Ford Sierra, which was built in Germany. It was sold in Lincoln-Mercury dealers and lasted just five model years in the U.S.—from 1985 to ’89. The short lifespan is not surprising; it’s hard to imagine the über-Euro Merkur luring many Continental or Grand Marquis intenders, and those shoppers who could be swayed had a hard time justifying a $17,000 XR4Ti over a well-equipped $14,000 Mercury Sable LS.

So, any Merkur was scarce then and much scarcer now. But let’s get really obscure—all-but-forgotten B-side obscure—and unearth another gem from our Consumer Guide photo archives: the aftermarket-tuned Rapido Merkur XR4Ti.

The Rapido Group, then in Placentia, California, could outfit a Merkur with the best in Euro-inspired performance and appearance upgrades. Rapido still exists today, serving what must be a pretty small group of Merkur enthusiasts, but these shots are all real-deal late ’80s vintage stuff.

A “rear styling panel” with a Turbo emblem ran between the stock Merkur taillights, which necessitated relocating the license plate to the bumper. A monoplane wing replaced the distinctive two-tiered stock piece. The performance exhaust system’s prominent tips lend a gutsier look. 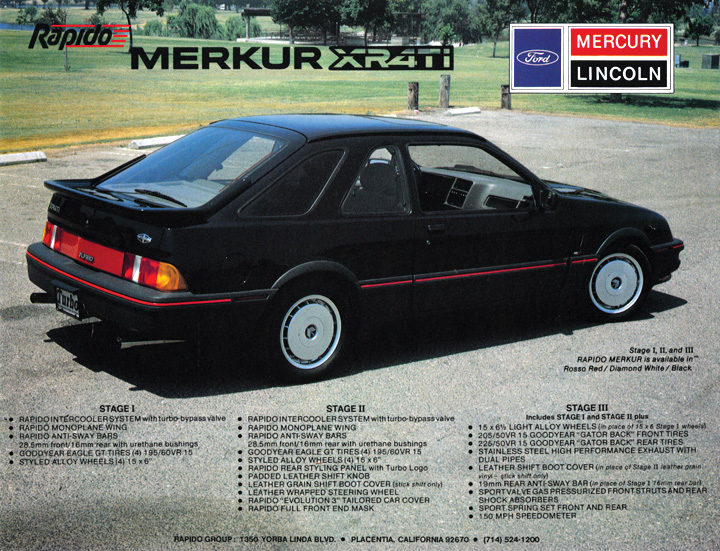 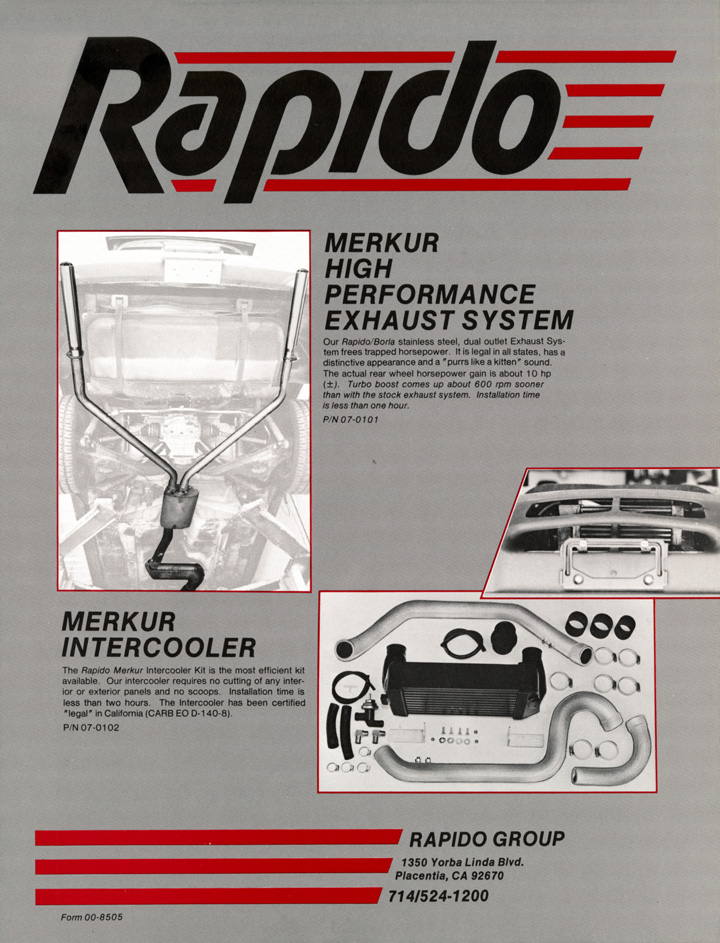 An intercooler kit for the Merkur’s turbocharger and a performance exhaust system were Rapido’s primary powertrain upgrades. 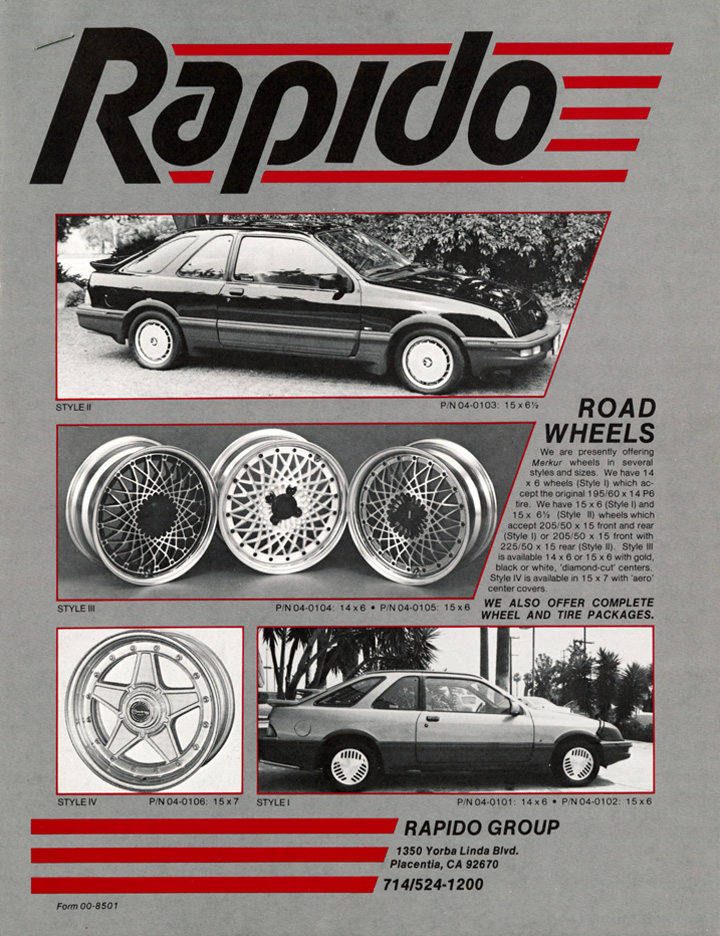 Rapido offered several wheel-upgrade options, which to us look to be then-current designs from aftermarket makers such as BBS, Fittipaldi, and Enkei.