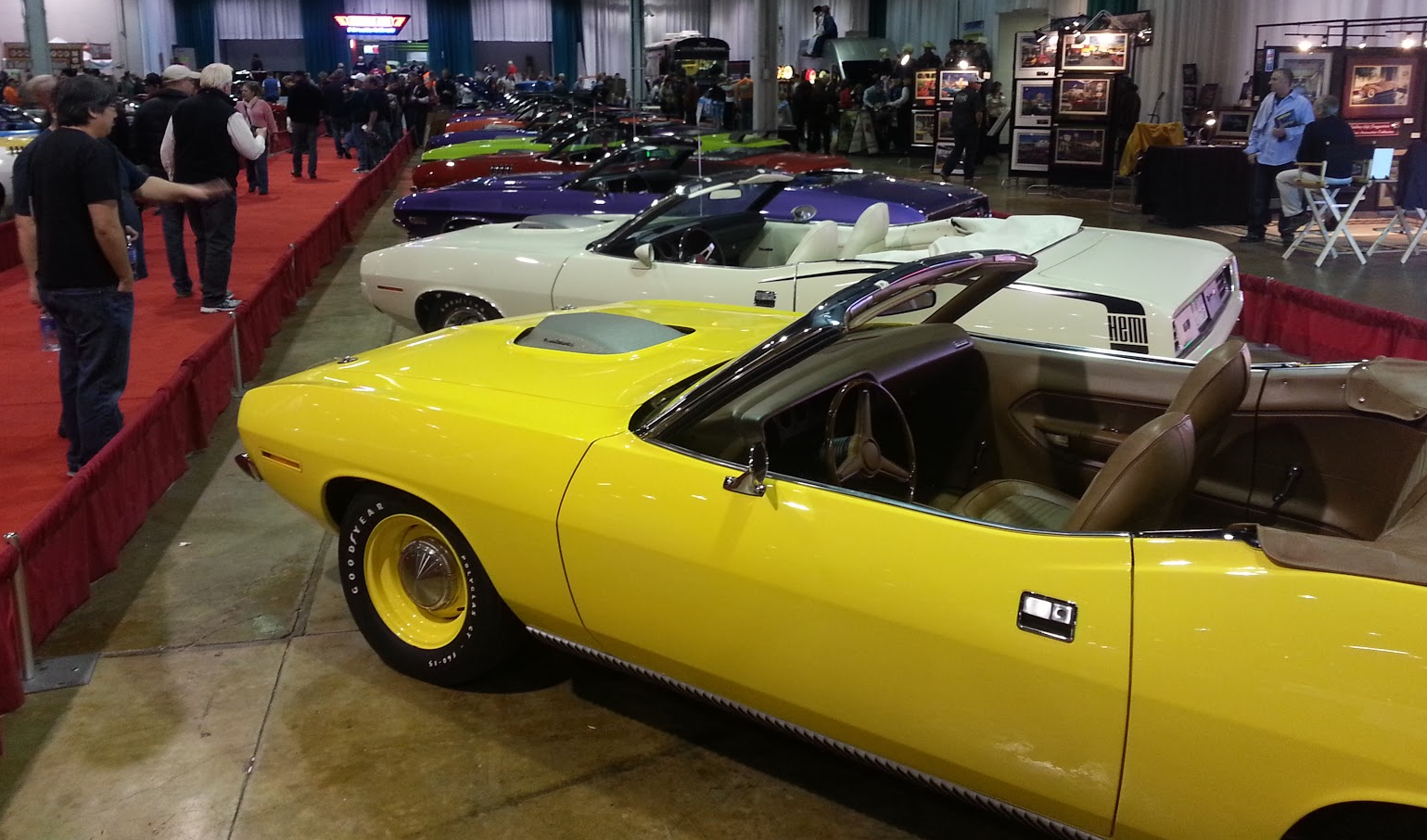 Here’s about one half of the 1970-’71 Hemi ‘Cudas and Challengers that were on display at the 2015 Muscle Car and Corvette Nationals. These are the rarest, most desirable, and most valuable regular-production muscle cars in existence.

The Muscle Car and Corvette Nationals rolled through Chicago last weekend, taking over the Donald E. Stephens Convention Center in Rosemont, Illinois. Every year since the inaugural show was held in 2009, MCACN has delivered an unparalleled mix of cream-of-the-crop muscle cars, Corvettes, and racing vehicles, in addition to first-rate attractions such as freshly discovered “barn-find” cars, Schwinn Sting-Rays and other nostalgic “muscle bikes”, and seminars by leading historians and auto-industry luminaries.

Over its relatively short history, MCACN has earned its reputation as the best indoor muscle-car show on the planet. This year, the banner attraction was a display of what has to be the largest number of documented Hemi-powered 1970-’71 Plymouth ‘Cuda and Dodge Challenger convertibles ever assembled in one place (by my count, there at least 27 on the show floor).

And even if you’ve had your fill of the “usual-suspect” Camaros, Chevelles, Corvettes, ‘Cudas, Challengers, GTOs, and Mustangs, MCACN always offers a wonderful array of off-the-beaten-path Detroit iron as well. Here’s just a sampling of the vehicles on display at this year’s show. 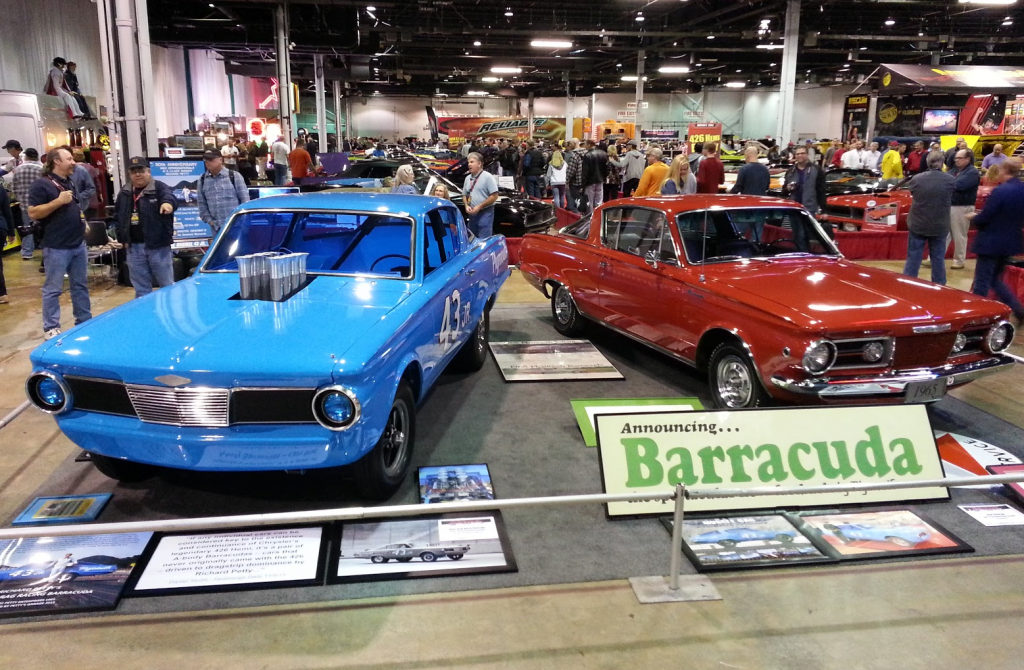 Just inside the show’s entrance, MCACN visitors were greeted by Richard Petty’s altered-wheelbase 1965 Plymouth Barracuda funny car and a perfect specimen of a showroom-stock ’65 Barracuda. 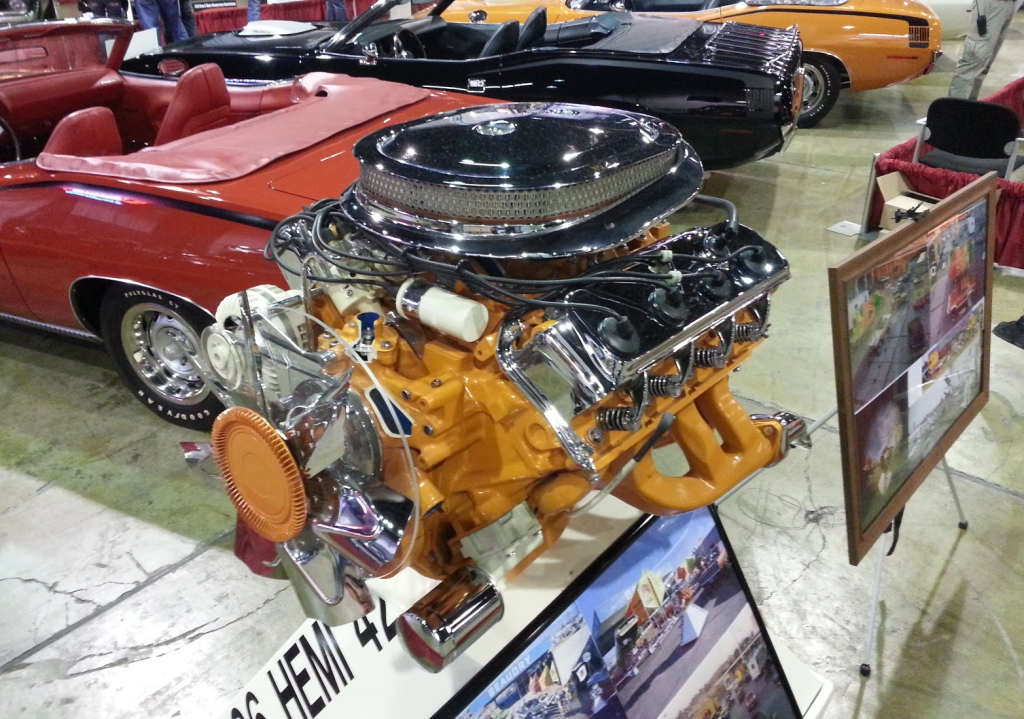 A key part of the MCACN show’s appeal is all of the historical artifacts, vintage photos, and other ephemera that’s displayed along with the cars. This 426 Hemi cutaway engine toured Plymouth dealers across the country as part of the 1970 and 1971 Rapid Transit Caravan road shows. 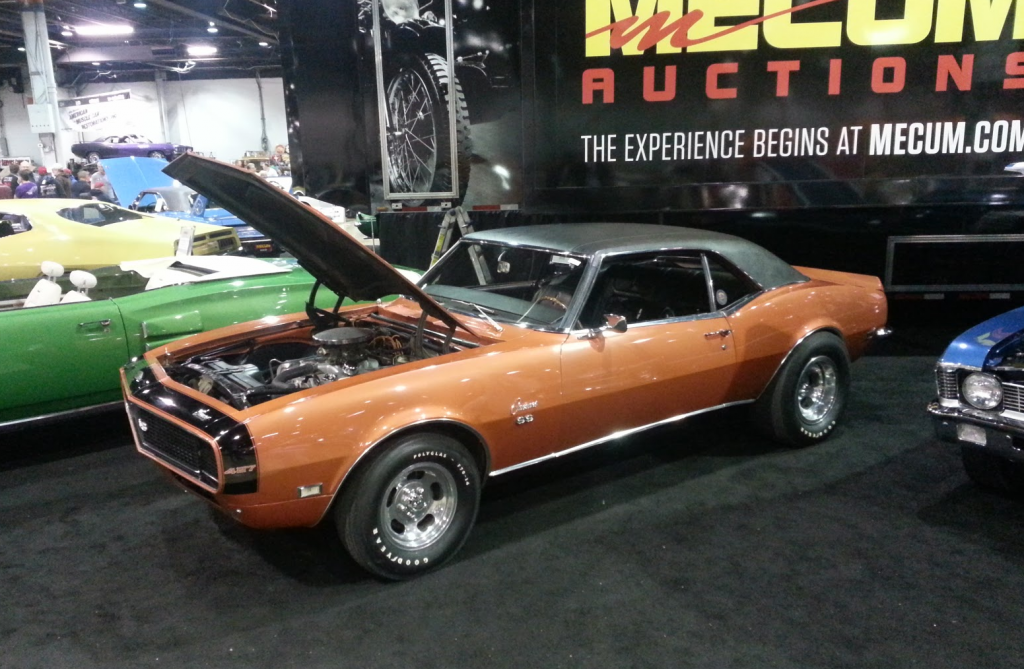 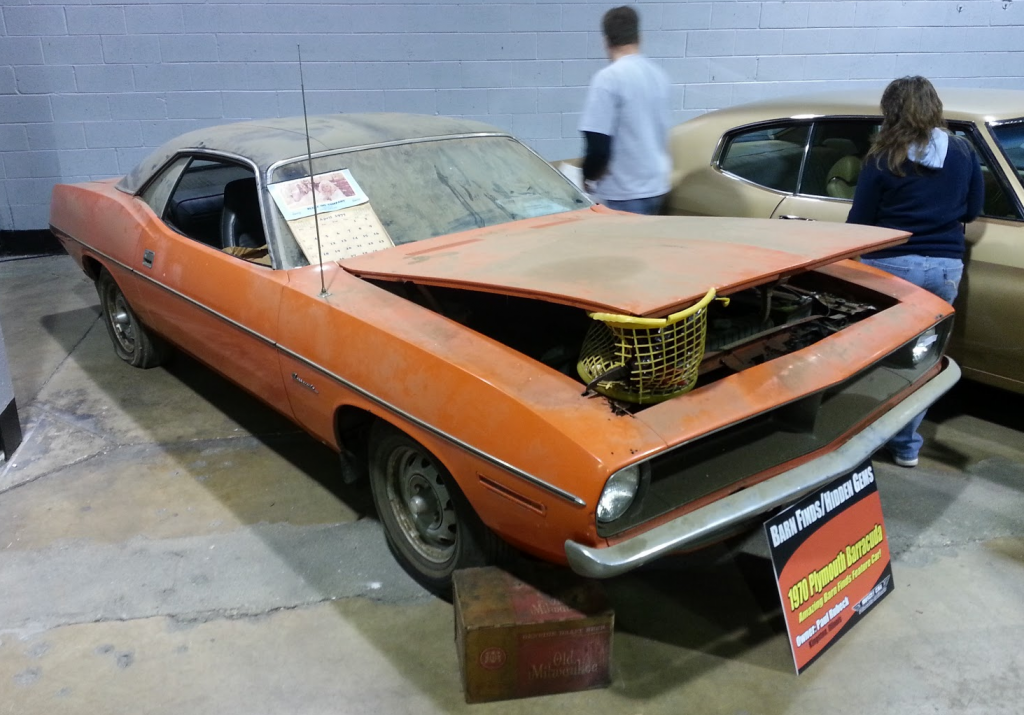 This 1970 Plymouth Barracuda is a good example of what you’ll see at the popular “Barn Finds/Hidden Gems” section of the show, which is always crowded with spectators. 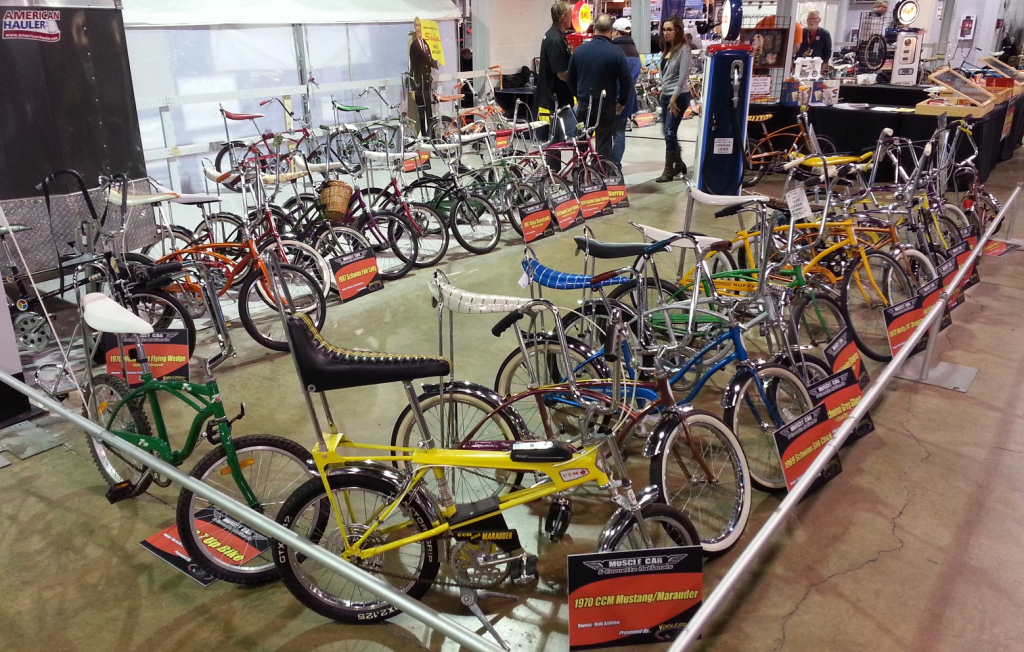 How many of you popped wheelies on bikes like these when you were a kid? 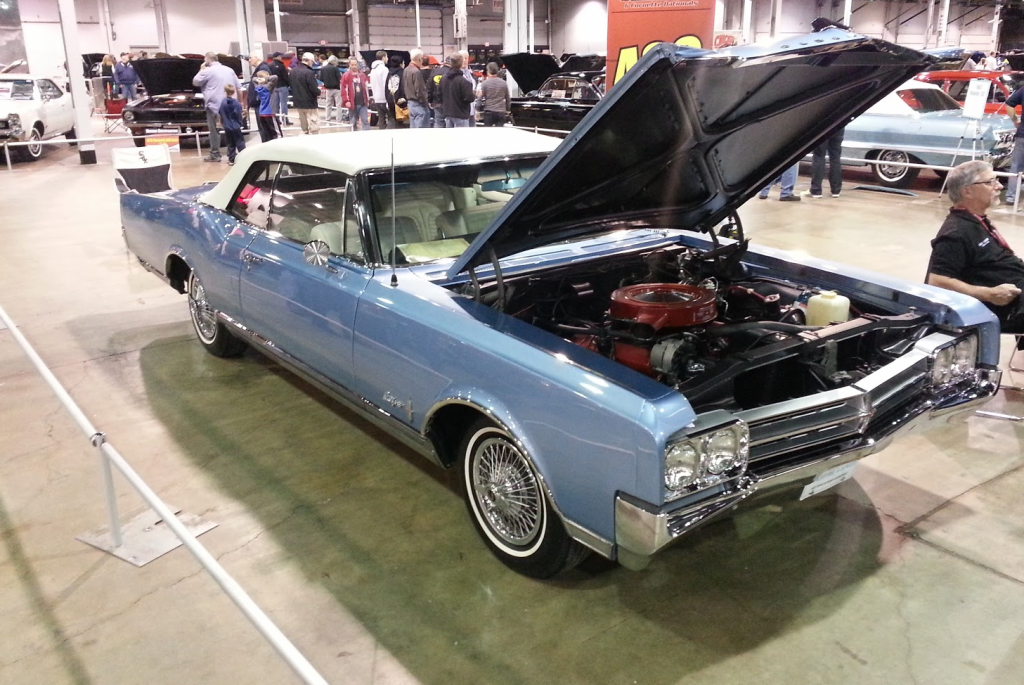 According to its show placard, this 1965 Oldsmobile Starfire convertible is one of approximately 20 that were built with a 4-speed-manual transmission. 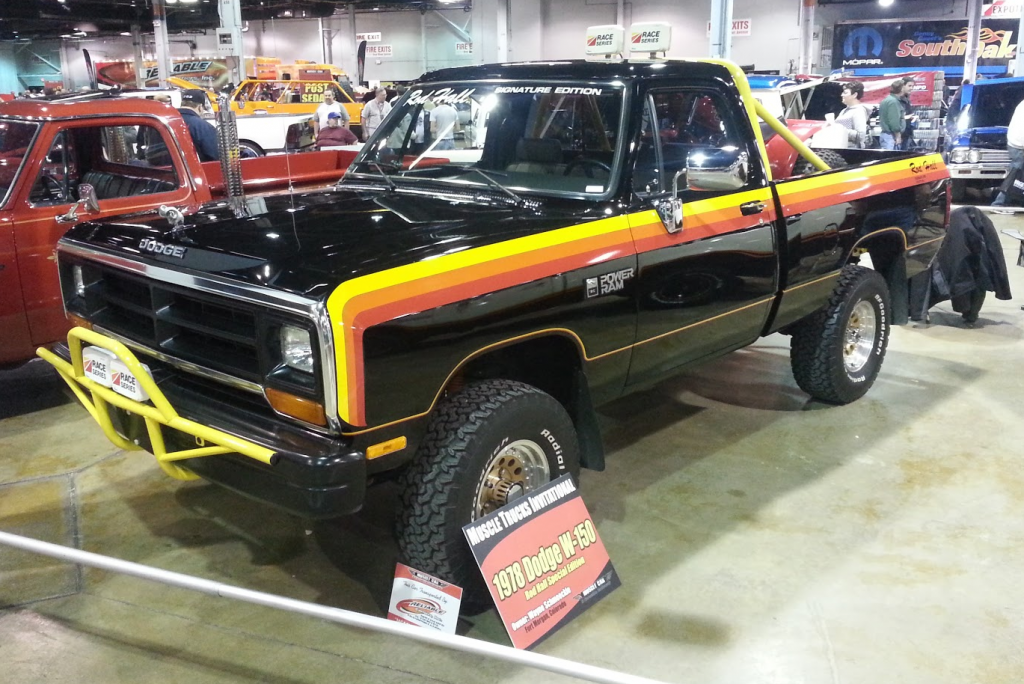 This year’s show had an area set aside for vintage “muscle trucks.” This 1987 Dodge Ram W-150 is a specially equipped Rod Hall Signature Edition. Rod Hall is a legendary off-road racer who has probably logged more seat time in the grueling Baja 1000 off-road race than any other driver. 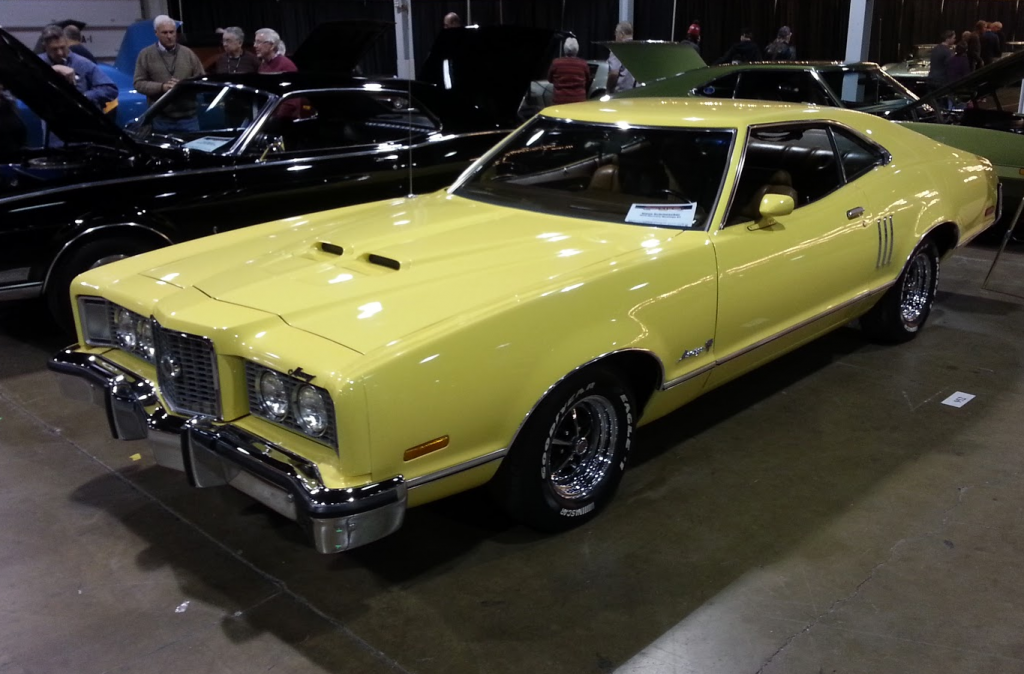 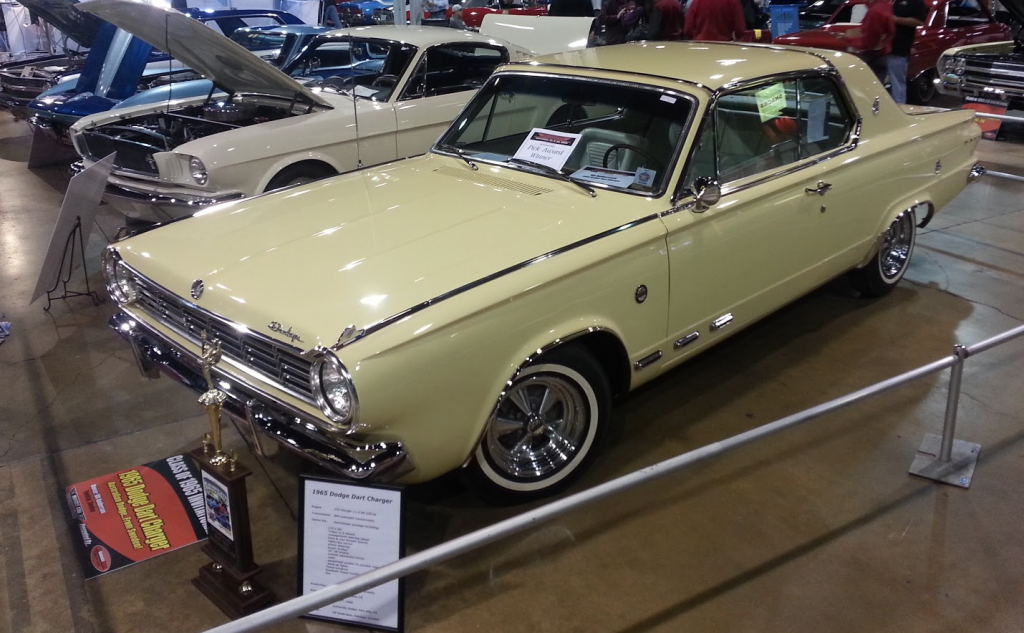 With a 235-hp, 273-cid small block packed into its lightweight compact body, a 1965 Dodge Dart with the Charger 273 package was a surprisingly snappy performer. It’s rare too… less than 150 Dart Charger hardtops were built. 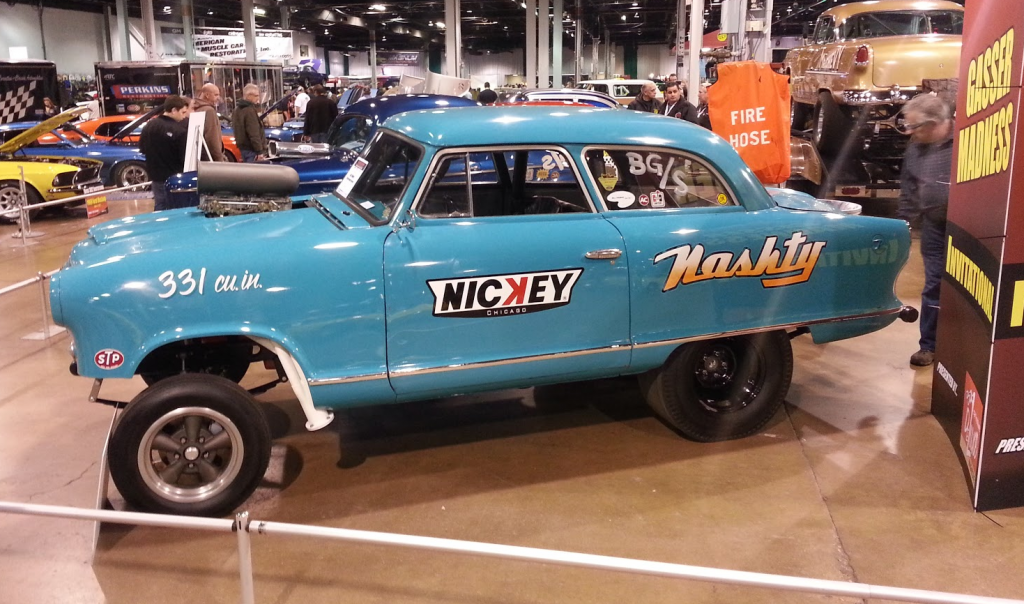 Jacked-up, straight-front-axle gassers were an important part of the 1960s drag-racing scene, though this “dare-to-be-different” 1955 Nash Rambler is a recent build.

Naked Aggression: A Gallery of Stripped Down Muscle Cars