The “i” is Back – With a Vengeance (That’s Mitsubishi i) 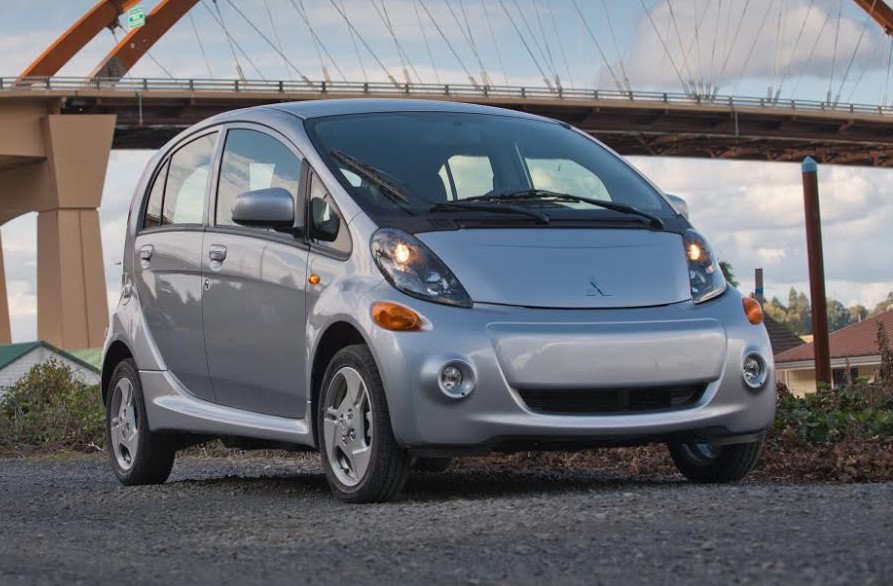 After a one-year hiatus, the Mitsubishi i is again available to American consumers. Meet the 2014 Mitsubishi i.

One of the early promises of modern electric vehicles was that range would go up and prices would come down as volume and technology improved. And that is exactly what’s been happening – and somewhat sooner than many expected.

Last year, Nissan’s all-electric Leaf saw a $6400 price cut in only its third season on the market, which knocked the slightly de-contented base model down from $35,200 to $28,800. Earlier this year, the base price of Chevrolet’s gas/electric Volt – which came out at about the same time – got a $5000 reduction that left it starting at $34,185. That spurred sales of both, but not all electrics were enjoying the same boost in popularity.

When introduced in the U.S. for 2012, the quirky little Mitsubishi i (an abbreviation from its international name of “i-MiEV”) retailed for $29,125. Although that made it the least-expensive electric car from a major manufacturer on the market at the time, sales were dismal – so much so that a 2013 model never appeared. At that point it was, as they say, “presumed dead.”

Turns out it’s not. In fact, the i is not only returning, but doing so in rather spectacular fashion.

Mitsubishi recently announced that a 2014 model would be going on sale that followed the same formula as the electrics from Nissan and Chevrolet: much the same car, but with a substantial price cut. Unlike the others, however, the renamed i-MiEV also gets a rather substantial increase in standard equipment.

Due this coming spring, Mitsubishi says the 2014 i-MiEV will start at $22,995, which is expected to once again make it the least-expensive electric vehicle on the market. But it will also add several features as standard equipment, including a Level 3 quick-charge port, heated front passenger seat (a heated driver seat was already standard), heated side mirrors, leather-covered steering wheel and shift knob, aluminum wheels, and front fog lights.

As with other electric vehicles, the i-MiEV will be eligible for the federal $7500 tax credit, which would bring its base price down to $15,495 plus destination. Further incentives may be offered at the state level. For instance, California currently has a $2500 tax incentive for electric vehicles, and buyers in Consumer Guide’s home state of Illinois are eligible for up to $4000 in tax credits. Note, however, that these may change for the 2014 calendar year. But if they don’t – and you’re eligible for all the state credits – a buyer in California could get an i-MiEV for $12,995, and one in Illinois could get one for just $11,495.