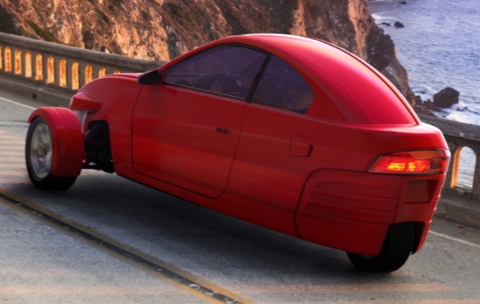 It may have been an odd venue for a vehicle introduction, but the Elio is a pretty odd vehicle.

Unveiled during the recent Consumer Electronics Show in Las Vegas, the three-wheeled Elio’s claim to fame is great fuel economy and a promised $6800 sticker price.

The “i” is Back – With a Vengeance (That’s Mitsubishi i)

Not that the concept hasn’t been tried before. Several three-wheeled “cars” (three-wheelers are actually considered motorcycles by federal vehicle law) have been offered in the past, though none are currently sold in any volume in the U.S. But Elio has a chance to change that. The company seems to have big plans (and a fairly decent website at eliomotors.com), as the manufacturing facility is listed not as someone’s backyard barn, but rather a former GM plant in Shreveport, LA. 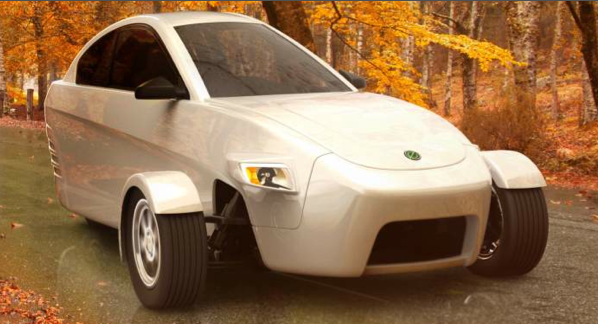 A 900cc 55-horsepower engine will provide motivation for the 2015 Elio.

The following information about the Elio was obtained from the company’s website.

The teardrop-shaped Elio is a three-wheeled, front-engine, front-wheel-drive vehicle that is 160 inches long (about the same as a Honda Fit) and seats up to two people – one behind the other in motorcycle fashion. It is powered by a 55-horsepower 900cc water-cooled engine through either a 5-speed manual transmission or an automatic (both including reverse), a combination that is said to result in a 0-60-mph time of about 9.6 seconds, a top speed of more than 100 mph, and fuel economy of 49 city/84 highway (though it doesn’t specifically say that’s an official EPA estimate). It includes such “real car” features as seatbelts, three airbags, antilock brakes, windshield wiper, heater, air conditioning, power windows, and power door lock. The cargo area is roughly 2 cubic feet (quite small), but can be expanded by folding the rear seat back to accommodate a golf bag.

Being a motorcycle means that the Elio doesn’t have to meet the same emissions and crash standards as a car, but the company claims it’s expecting to get a good crash-test rating from the NHTSA. It also means there might be a few tricky issues, as some states require motorcyclists to wear helmets (though it would certainly seem that this all-encasing one should suffice) and have a separate motorcycle license. 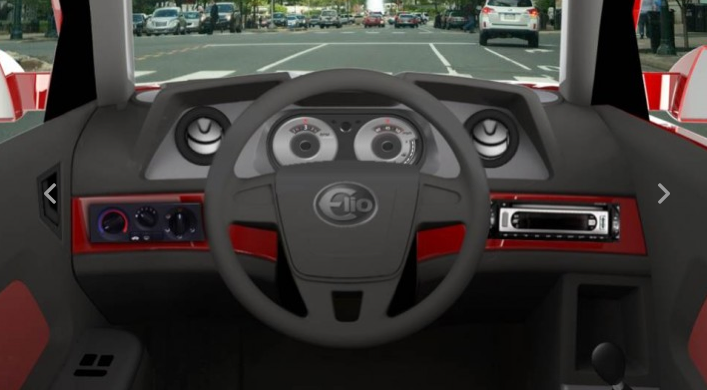 The driver sits in the center of the vehicle, Indy-car style.

The company is currently taking deposits from prospective buyers, with the first deliveries scheduled for the end of this year. Although it’s the type of car—and company—that has seen little success in the U.S., there certainly seem to be good reasons to cheer it on.

Zap! Xebra, The EV No One Needs to Know About